In particular, the nine cases in Chiayi are due to a cluster in a factory. Eight cases were workers in the factory, while two family members were also infected. Most individuals part of this cluster were not vaccinated, due to being younger and primarily in their 20s and 30s, with only one of the cluster being vaccinated. The origins of the case are thought to be linked to northern Taiwan, due to travel by a member of the cluster to Wanhua and other parts of northern Taiwan, who returned to Chiayi in mid-July from Taipei. 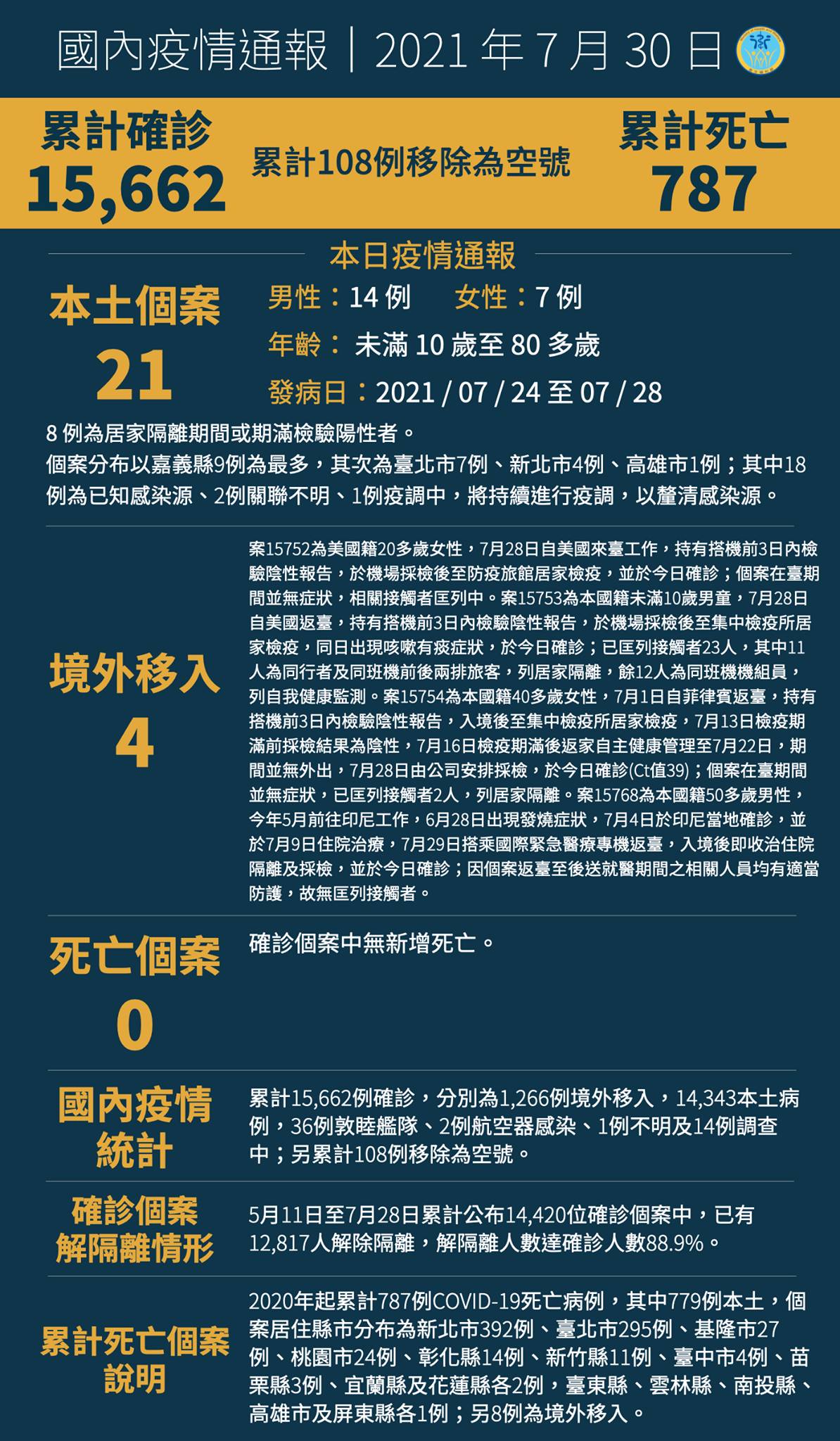 Chiayi county magistrate Weng Chang-liang has announced a suspension to indoor dining and cancellation of public events. Chiayi will evaluate whether to escalate or relax these measures, which will last until August 6th, and report this to the rest of the country. There may be cross-city effects from this case. Weng stated that the case had been found relatively early in the development of the cluster, but spread easily due to the fact that it occurred in a factory. Minister of Health and Welfare Chen Shih-chung, however, stated that the case may have spread for a period of time in the factory.

Among imported cases, there were seven cases of Delta and one case of Alpha found in the past month. This includes a boat caught by the coast guard attempting to smuggle migrant workers into the country, with four cases on the boat found to have Delta.

There is some debate about what the most effective means of second dose vaccination are, such as whether a dual-track system should be implemented or notifications sent out for second dose vaccination similar to before the implementation of the online registration system given the difficulties of some elderly using the online system. The CECC will announce relevant measures with the Executive Yuan tomorrow.

What vaccine combinations can be allowed is still being decided, but the CECC has reserved close to half of its stock of Moderna for second-dose vaccination. The CECC will have discussions with experts about how to maintain human rights concerns while meeting social needs for vaccination going forward.

When asked about reports of individuals receiving notifications for vaccination appointments the next day, the CECC states that such cases should not be frequent but may occur due to shortages, stressing the difficulties of conducting vaccinations. When asked about reports of children of quarantined cases being prevented from going to kindergarten, Chen stated that individuals who are quarantined cannot attend school, but that self-health management is not a forcible measure, and that the Ministry of Education must make necessary amendments. Remaining vaccines there were previously concerns about close to expiry are included in the upcoming round of vaccination and, with reports of shortages in Changhua, the CECC will work with local governments to prevent this from taking place. 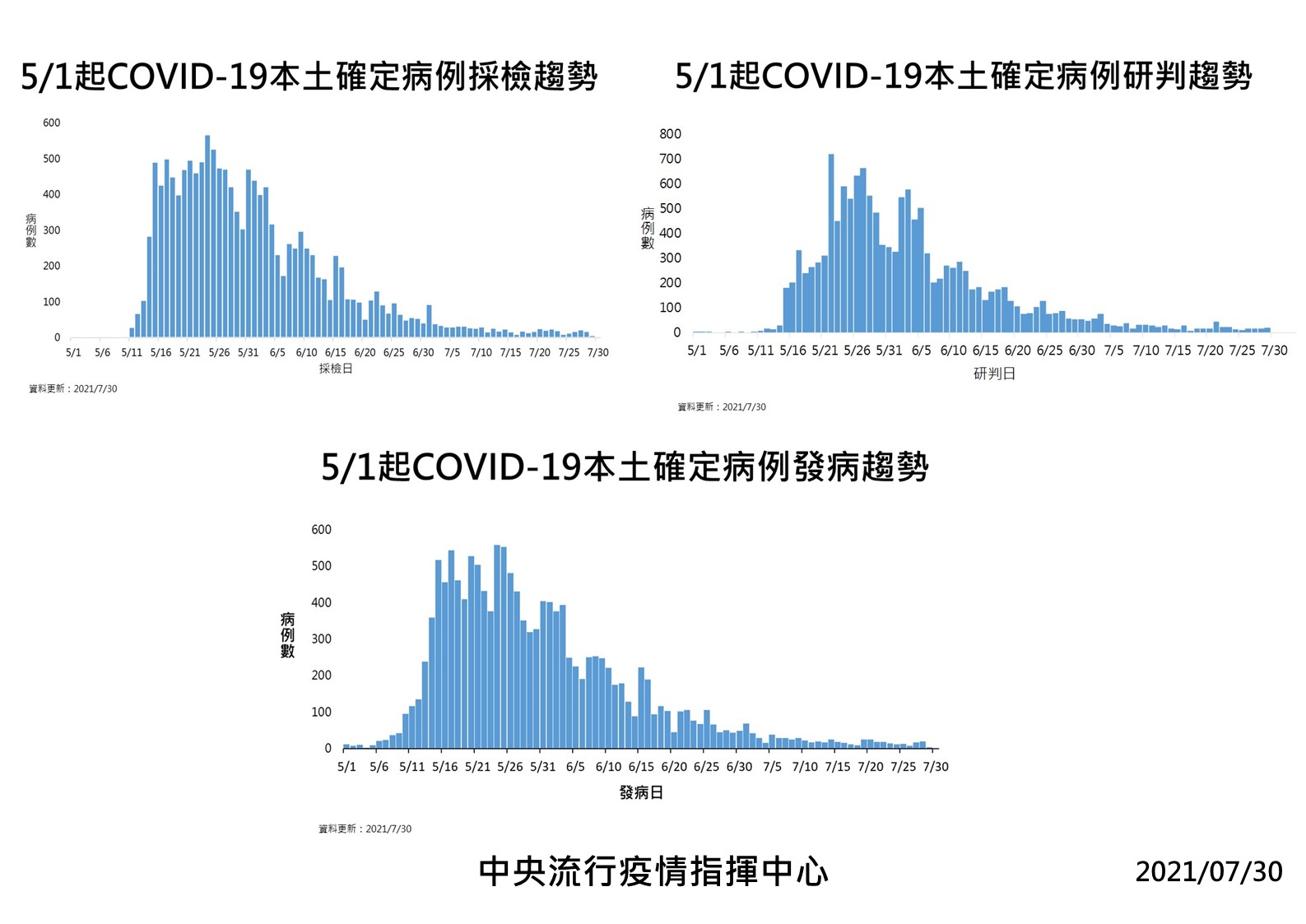 As this is the first weekend after the shift to level two, Chen Shih-chung was also queried as to whether the CECC will issue alerts of crowds if there are public gatherings at certain areas. Chen stated that the odds of this are low, due to restrictions on parking capacity, and etc. The CECC does not rule out rolling adjustments when needed.

New Taipei mayor Hou You-yi stated that two of the four cases from today were already found in quarantine. New Taipei stated that it viewed the upcoming weekend as an evaluation period for the relaxation of measures and that it will organize statistics for this weekend compared to last weekend. When asked about stimulus vouchers and whether he believes that direct deposit or paper stimulus vouchers are preferable, Hou stated that whichever is fine, but so long as stimulus vouchers could benefit the economy and were convenient.

Taipei mayor Ko Wen-je stated that six of the seven cases in Taipei were already in quarantine, while one was undergoing self-health management. As a result, no cases had unclear sources of infection.

While Taipei originally planned to announce whether it would resume indoor dining next week, Taipei now intends to do so in coordination with New Taipei, which plans on announcing this on Sunday, Ko stated that for indoor dining to be reopened, there must continue to be less than ten cases a day in Taipei and that there must be less than two cases a day of unclear origin. KTVs, karaoke establishments, bars with hostess services and tea parlors are likely to be the last establishments allowed to reopen, though regular bars that do not offer hostess services have sometimes voluntarily complied with measures affecting these establishments. As the effects of COVID-19 can take up to a week to detect, Ko stated that he did not believe there was any issue delaying this decision for a few days.

Taipei intends to carry out blood testing of Wanhua residents to evaluate whether there are undetected transmission chains of COVID-19. Ko has been questioned as to why he intends to begin with Wanhua, which was most heavily affected by the outbreak and may not reflect other areas of Taipei. Ko may aim to test an area heavily affected by the outbreak in order to clear his record regarding the difficulties fighting COVID-19, having cited the difficulties finding undetected transmission chains in the past. 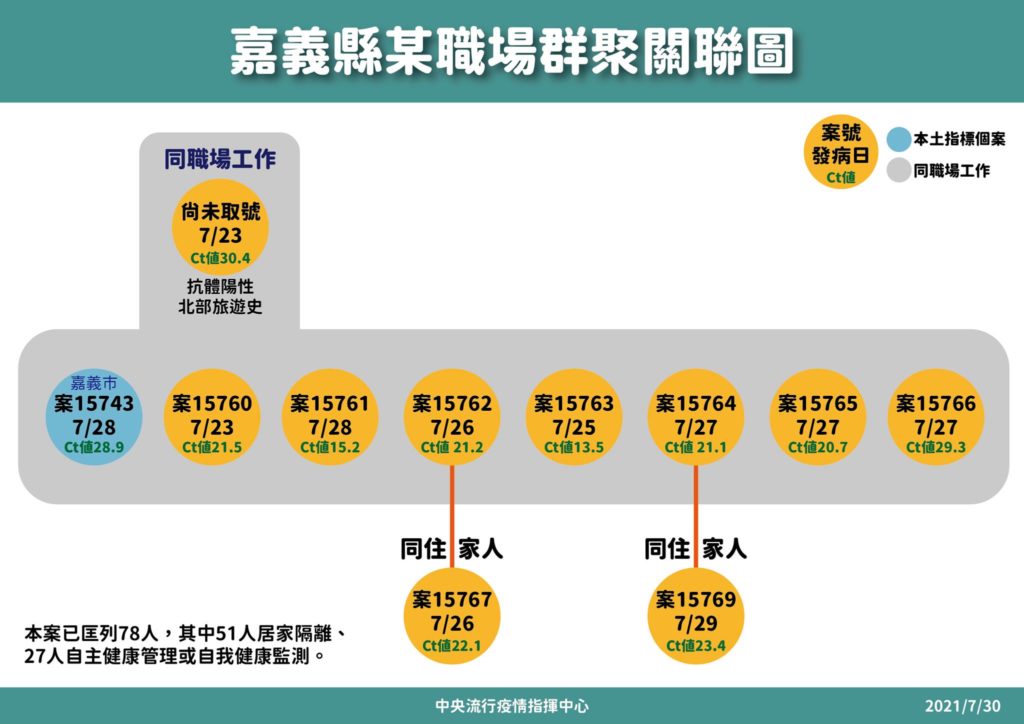 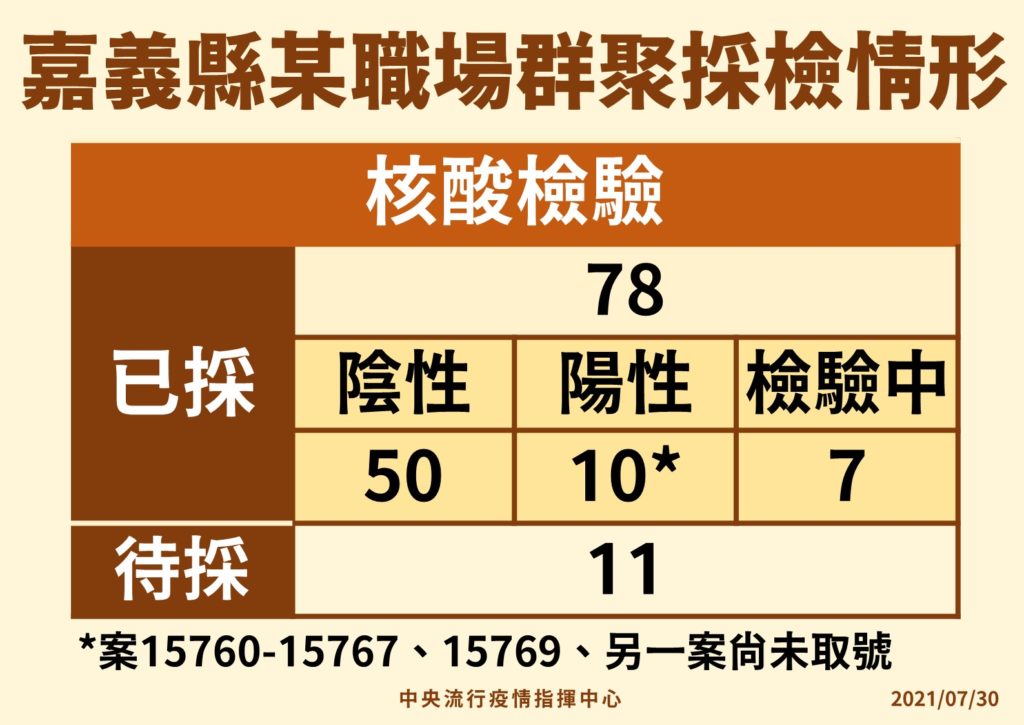 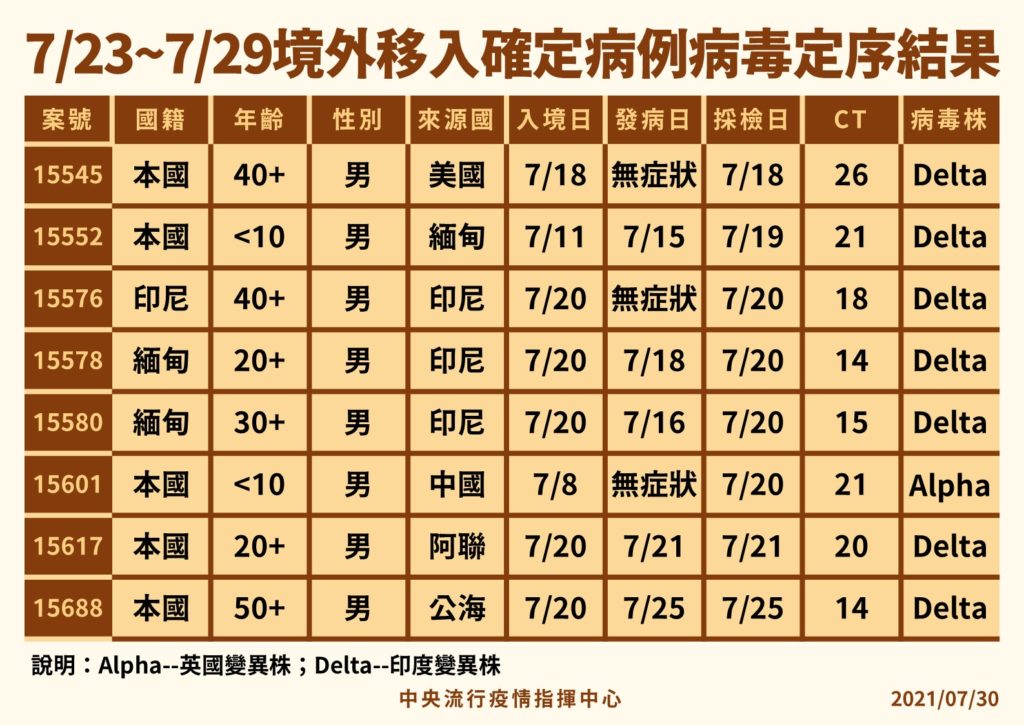 Taipei city has been criticized for declining to publicize the names of individuals who received vaccinations out of order or of city officials involved in providing vaccines to the Good Liver or Dianthus Clinics. Much of this criticism has focused around an associate of Taipei deputy mayor Huang Shan-shan referred to as “Ben”, while publicizing DPP legislator Kao Chia-yu’s identity. Huang Shan-shan stated that she had been transparent about her involvement in issues regarding vaccine allocation and that she had never requested vaccines for the Good Liver Clinic.

When asked about Ko claiming that he was “going crazy” to subordinates in the Department of Health in Taipei’s report on the vaccination allocation scandal, Ko claimed that while he knew that workers in the Department Health were hard-working, such issues ultimately returned to “organizational culture.”

After being questioned about the Tsai administration passing Emergency Use Authorization for Medigen, Ko stated that legal responsibility would revert to the central government if there were safety issues. Ko stated that his conclusion was: “Go watch Shaolin Soccer,” referring to the Stephen Chow movie. Ko reasserted: “Go watch Shaolin Soccer again,” when asked if Taiwan would eventually only have the choice of Medigen vaccines left for its citizens.