EFFORTS TO combat the ongoing COVID-19 coronavirus epidemic continue in Taiwan, with the Central Epidemic Command Center announcing the 26th confirmed case of the epidemic in Taiwan yesterday.

One notes that several recent cases are examples of the domestic spread of COVID-19.

The 23rd confirmed case, a 60-year-old woman, is the sister of Taiwan’s first death from COVID-19, a 61-year-old taxi driver who is thought to have contracted COVID-19 from passengers. The deceased man’s brother, mother, and nephew-in-law have all also tested positive for COVID-19, the man’s family marking Taiwan’s first case of the domestic transmission of COVID-19 without travel to China. 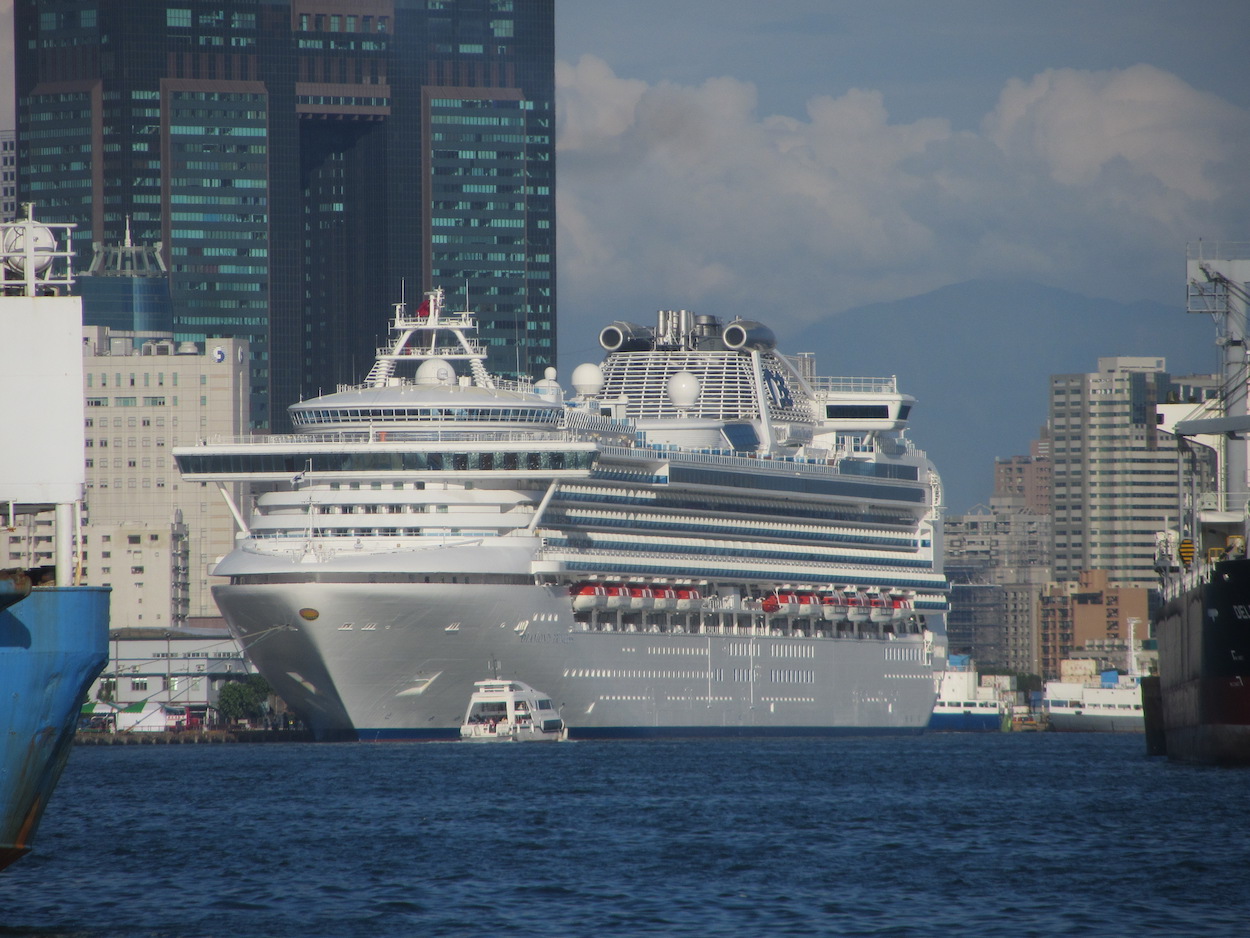 The Diamond Princess while docked in Kaohsiung. Photo credit: SSR2000/WikiCommons/CC

Likewise, while the 24 Taiwanese passengers aboard the Diamond Princess—a cruise liner with over 2,000 passengers and 621 positive cases of COVID-19 currently docked in Yokohama, Japan—are slated to return to Taiwan, questions remain as to the safety of travel arrangements for them. Passengers will be flown back to Taiwan today, where they will be quarantined. The Diamond Princess is the largest concentration of COVID-19 cases outside of China.

Travel restrictions aimed at preventing the spread of COVID-19 will continue to remain in place, with group tours from Hong Kong and Macau suspended until April 30th, extending the previous suspension of group tours that were to last until March 31st. 70% of flights to Hong Kong and Macau this week have been canceled, with some flights to Malaysia, Singapore, and Vietnam also canceled. As there has been anger from the public regarding the inclusion of Taiwan in travel bans directed toward China, Hong Kong, and Macau, this has led pro-independence groups to call on Taiwanese air carriers such as China Airlines—not to be confused with Chinese air carrier Air China—to remove references to China in their name.

Measures aimed at combating the COVID-19 epidemic continue to be rolled out by the central government, including a relief bill for industries affected by the outbreak, such as the tourist industry or manufacturing industries, a proposed government subsidy for quarantined workers and medical workers, and state-run Chunghwa Post taking on responsibility for delivering alcohol disinfectant. The government previously ordered the state-run Taiwan Tobacco and Liquor Corp to step up the production of alcohol in order to make disinfectant more widely available. The government has also called for penalties of up to three years in prison for spreading false news about the COVID-19 outbreak and taken to using cute mascots as part of an advertising campaign to spread information about disease prevention measures. Some also urge the government to take measures for Taiwanese workers currently in China.

In the meantime, Ko Wen-je’s Taiwan People’s Party (TPP), which is currently Taiwan’s third-largest party with five seats in legislature, has also taken to proposing measures aimed at combating the COVID-19 epidemic. This includes a relief bill for affected industries, penalties for businesses that refuse to allow workers to take off for quarantine, and the standardization of regulations for class suspensions. Ko is a former surgeon, having formerly served as the director of the department of traumatology at the National Taiwan University Hospital, and the party may be seeking to leverage on Ko’s image as a doctor. If the TPP proposes effective disease prevention measures, this may help the party establish a more distinctive party image, seeing as the party is dominated by Ko, it’s only nationally famous politician and chair. 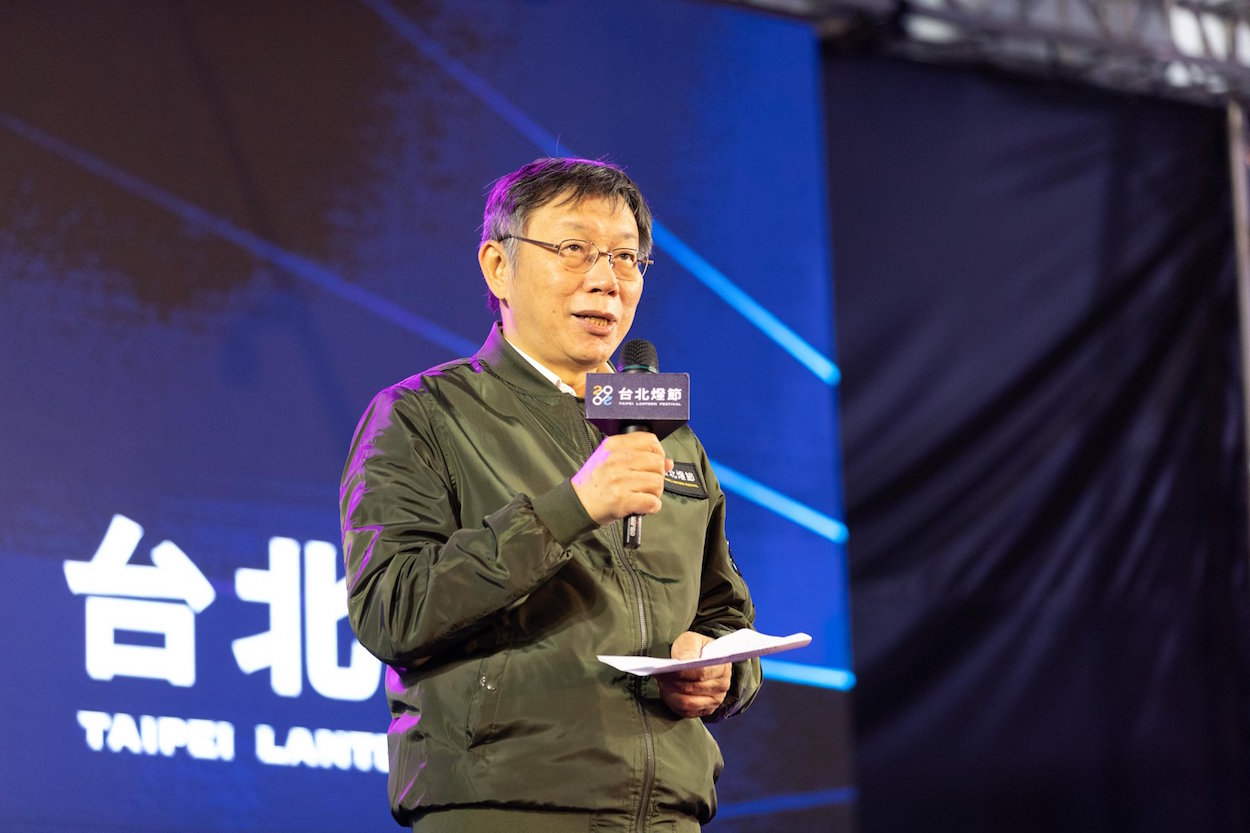 How effective measures taken by central and local governments will be in fighting the COVID-19 outbreak still remains to be seen. Mishandling the epidemic could prove disastrous for the Tsai administration’s popularity. With the growing domestic spread of COVID-19, this has led the US government to label Taiwan a location in which the community spread of COVID-19 is taking place, something that the Tsai administration has denied.

That being said, based on polling it is generally thought that the public is satisfied with the Tsai administration’s response to the epidemic. While KMT politicians have, for now, fallen in line with efforts at combating the COVID-19 epidemic, one anticipates efforts by KMT politicians down the line to try and point to the shortcomings of the Tsai administration’s response, however.