What American Protestors Can Learn From East Asia

OVER THE PAST two weeks, Americans across the country have engaged in a protest movement against their police forces. Police have responded with militarized force against what are overwhelmingly peaceful demonstrations. While some commentators believe that the protests are losing steam, this week saw massive demonstrations in LA, DC, and NYC, as well as dozens if not hundreds of protests in even the most conservative of small towns.

The protests are powered by the Black Lives Matter movement, which arose in the wake of the killings of Trayvon Martin, Eric Garner, Mike Brown, and many other Black Americans. Black Americans are disproportionately killed and imprisoned by police in America, which organizers call “a war on black lives.” 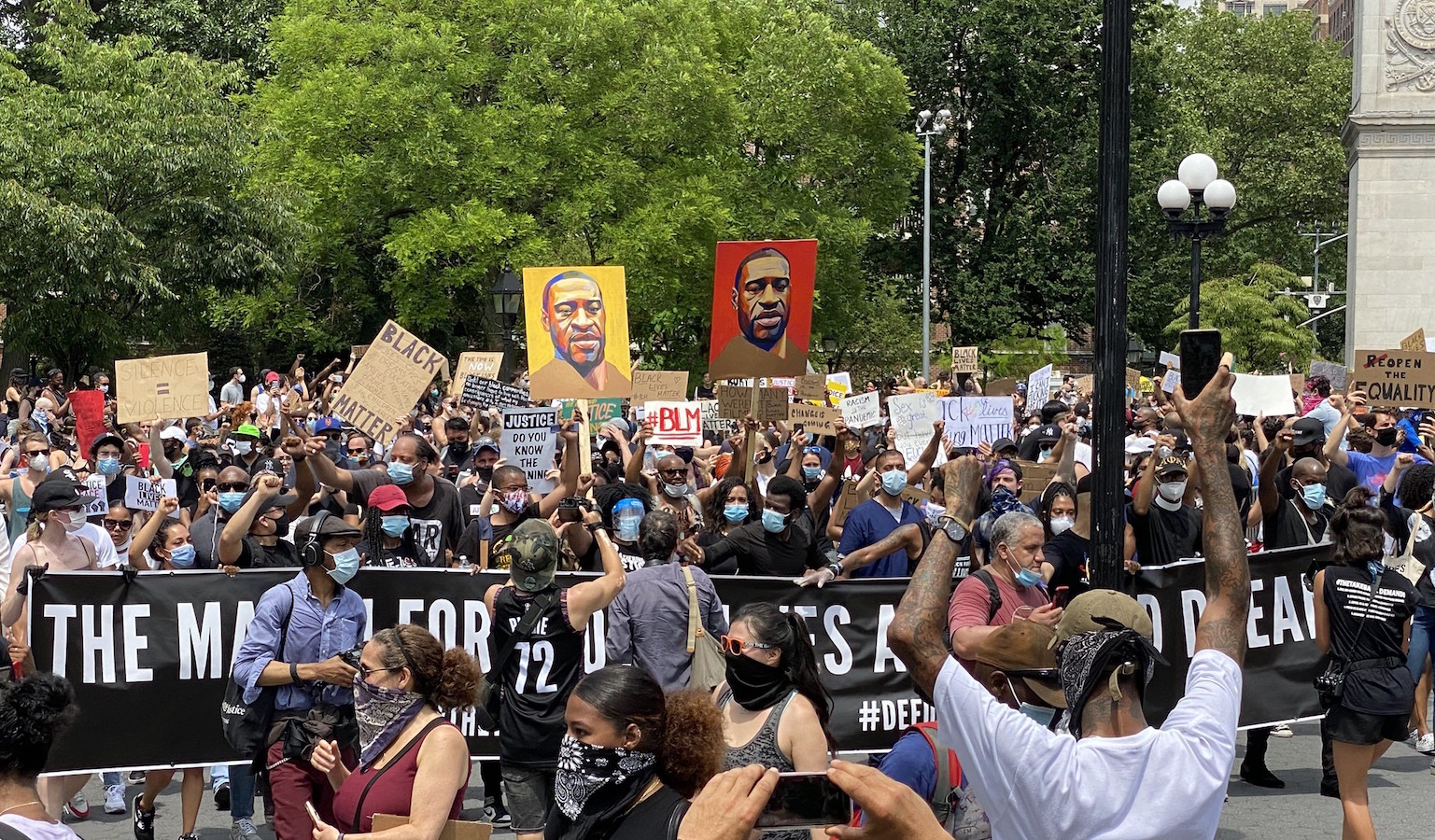 Nevertheless, Americans now face the question of how to ensure that this movement can sustain itself against the pressure that police forces are bringing to bear on it, whether it be tear gas attacks or arrests of demonstrators days after participating in protests.

To answer this question, American protesters can turn to East Asia, where the past decade has seen a number of mass protest movements in defense of democracy. Experiences gained by democratic activists in Taiwan, Hong Kong, and South Korea provide insights Americans can use to sustain their own anti-police protests.

There are three levels on which American protesters can learn from East Asian experiences: the moral, strategic, and tactical levels.

During the Sunflower Movement in Taiwan, protesters occupied the Legislative Yuan, drawing more young people into the protests and demonstrating to the government that their demands and bodies would not be easily dismissed.

As Hong Kong protested a Beijing-imposed extradition bill, protesters also stormed the HK Legislative Council, again creating a centralized location for protesters to gather. While police forced the Hong Kongers out, this action accomplished its aim of escalating the stakes of the movement.

In America, police forces are well aware of the moral and symbolic power of locations like these. That’s why the White House has been fortified to a level unseen even in wartime; for the same reason, protesters have turned the security fence of the White House into a memorial wall. 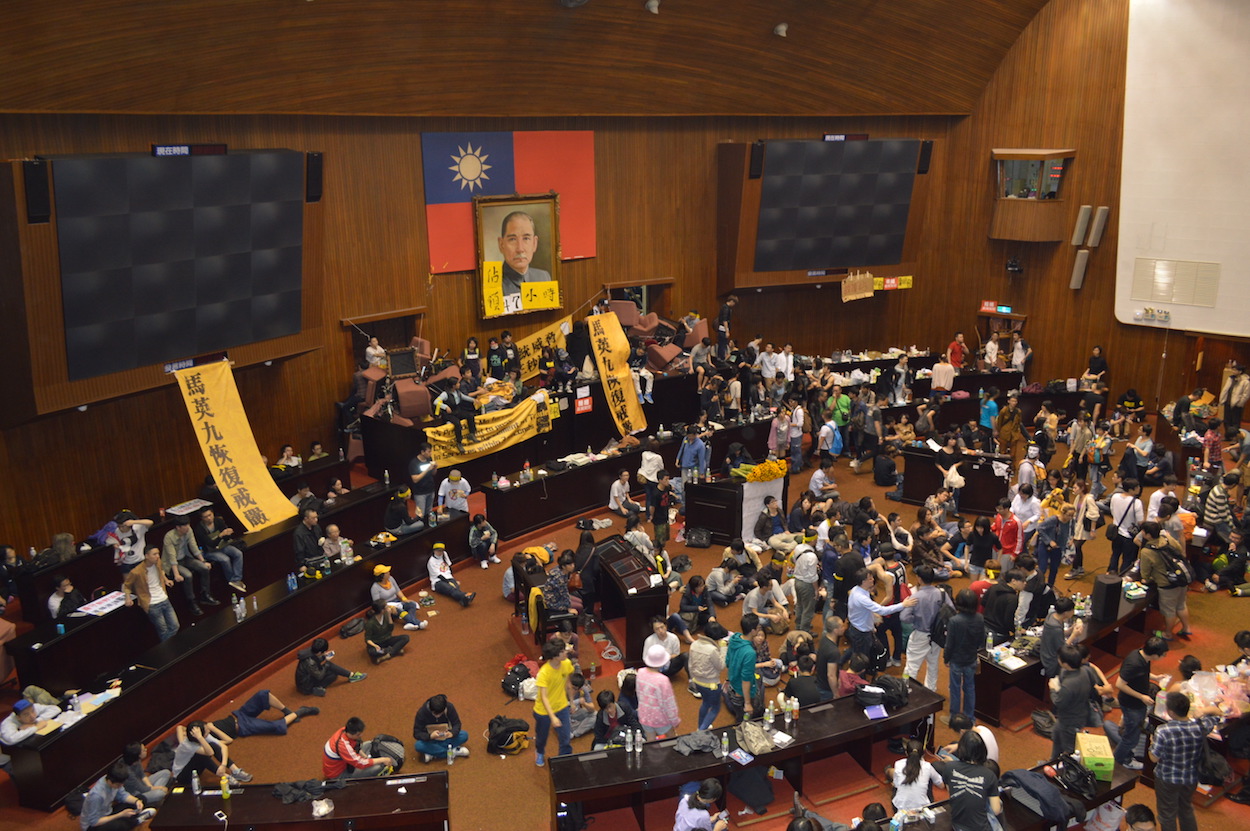 This is why the burning of the Minneapolis 3rd precinct was a galvanizing moment for protesters. And this is also why protests have often congregated around statues that venerate white supremacy, from historical figures like Louis XVI in Kentucky, Christopher Columbus in Virginia, to Confederate soldiers across the south. Tearing down these statues provides not just moral vindication, but moral victories for the protest movement.

Second, there is a strategic level American protesters must consider. Here, they can also learn from the long-term approach adopted by South Korean protesters. During the June Struggle of 1987, protesters moved the location of protests frequently and with little warning, specifically to overwhelm the police’s capacity to use tear gas by exhausting their supply of the weapon. Given that Seattle was rumored to impose a (now unenforced) teargas ban to cover up a supply shortage, it is likely that a similar tactic might work to American protesters’ benefit.

Americans can also learn from Hong Kong’s use of secure messaging apps to organize protests, like Telegram. This can make it more difficult for police to monitor and disrupt peaceful protests, while more open platforms like Facebook can be more easily monitored before, during, and after protests (Facebook already cooperates with many police requests in the US).

Third, there is the tactical level—what protesters can actually do in the street. American protesters have been quite vulnerable to teargas attacks, especially when they are launched without warning. In 2014, Hong Kong protesters developed such extensive anti-teargas tactics that the Umbrella Movement is named after their approach. Americans can use, and are using, similar tactics to organize their own behavior and logistics at protests where police use teargas. Drawing directly on resources used by Hong Kong protesters, like guide and hand signals, will only improve protesters’ ability to stay in the streets.

Now that we have laid out what American protesters might gain from building educational ties, let’s explain how those ties might actually be formed. Meetings can be held, probably only online due to COVID-19, between protest leaders and veterans in America, Taiwan, Hong Kong, and South Korea. These meetings will probably need logistical support from expat and diaspora communities in both countries, with people serving as interpreters and translators as needed.

These bilingual communities are likely to be particularly important to build these ties. For example, Hong Kong protesters have created a wealth of guides and graphics for best practices when attending a protest. Hong Kong has also seen the development of a highly capable signaling system to manage protest logistics. These guides can be translated and disseminated to American protesters, which will allow them to compare and augment their own knowledge. It turns out that traffic cones and umbrellas are a transnational anti-teargas tool. 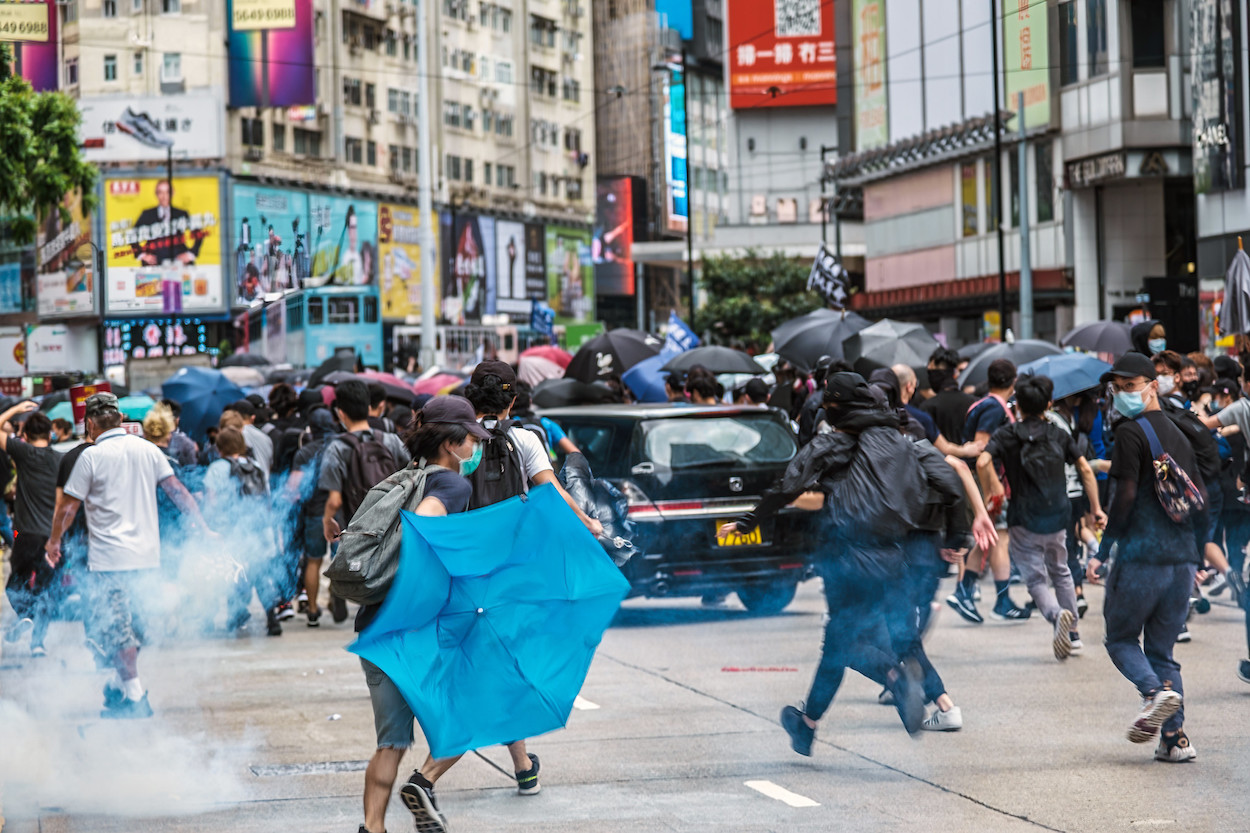 Finally, we should talk about how American protesters can reach out to learn more about these experiences, and how the very act of reaching out can strengthen these protests. Over the past several weeks, more Americans of all races have come together to stand in solidarity for Black lives. Creating community forums, conversations, and guides which explicitly link the struggles of people overseas, and in diaspora, to the struggle of Black Americans will deepen the ties of solidarity between these communities.

Taipei has already seen community events and demonstrations in solidarity with protesters in America. Seoul has also seen a Black Lives Matter protest and there are efforts to hold Black Lives Matter protests in Hong Kong. As this movement gains not only attention but support around the world, demonstrators in America can capitalize on this moment to build deep ties between different societies, but rooted in common practices and values.