Protests in Hong Kong on Handover Anniversary See Clashes with Police, Attempts to Break into LegCo 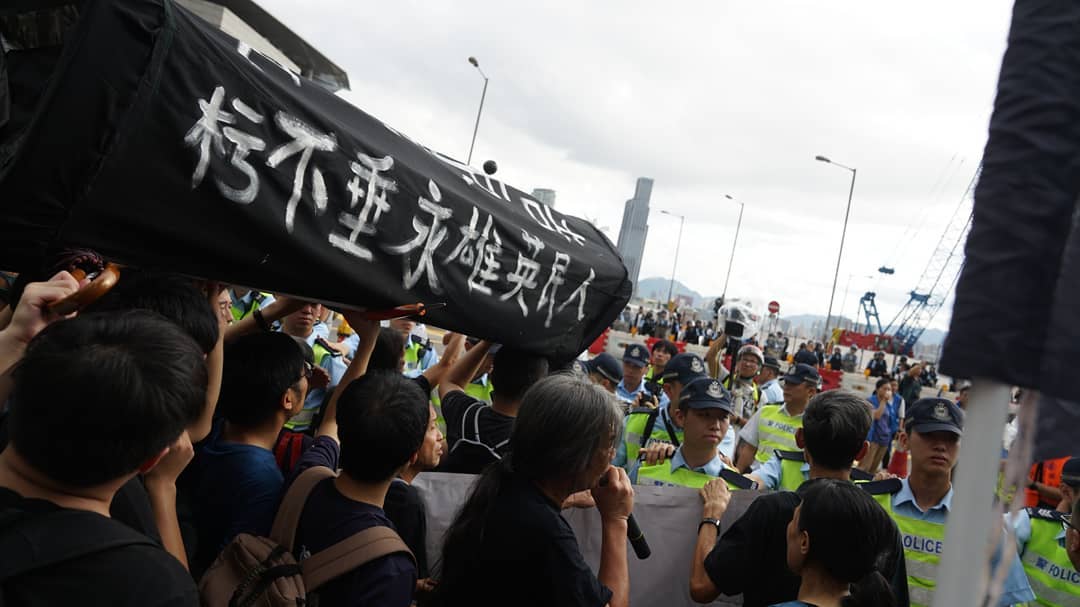 With the extradition bill still not withdrawn by the Hong Kong government, it was anticipated ahead of time that today would see mass demonstrations. The Civil Human Rights Front, which has been the primary organizer of the demonstrations against the extradition bill in past weeks which have seen up to two million—around 30% of Hong Kong’s total population—take to the streets, called for a march today. Some back and forth took place between the Civil Human Rights Front and Hong Kong police about whether to change the start or end point of the march, given the anticipated turnout, but early crowd counts suggest that today’s march is smaller than the June 16th march that mobilized two million.

Most widely reported on, however, have been attempts by demonstrators to break into Hong Kong’s Legislative Council (LegCo) that began well before the original planned start of the march at 3 PM. Demonstrators rammed the glass doors of LegCo, attempted to break down the metal barriers outside the building or dismantle them with tools, and clashed with police, wearing masks and using umbrellas to hide their identities. The Hong Kong police has used pepper spray against demonstrators in several cases, although police do not appear to have fired tear gas, as they did earlier this month. Some protesters also broke into a nearby warehouse in order to take supplies for continued protests.

In particular, tensions are at a high in Hong Kong after two suicides in the past week by anti-extradition bill demonstrators, the first being a 21-year-old female college student surnamed Lo that jumped to her death on Saturday in Sheung Shui and the second being a 29-year-old woman surnamed Wu that jumped to her death yesterday from a footbridge outside of Hong Kong station.

Along with a 35-year-old man who fell to his death while attempting to raise a banner opposed to the extradition bill on July 16th, this marks three fatalities in the course of protests against the extradition bill to date. Apart from memorial ceremonies for the three deceased, a black bauhinia flag was raised at the Golden Bauhinia Square by demonstrators earlier today, the bauhinia being a symbol of Hong Kong. This took advantage of that most police forces have been diverted to LegCo, leaving the Golden Bauhinia Square relatively unguarded. 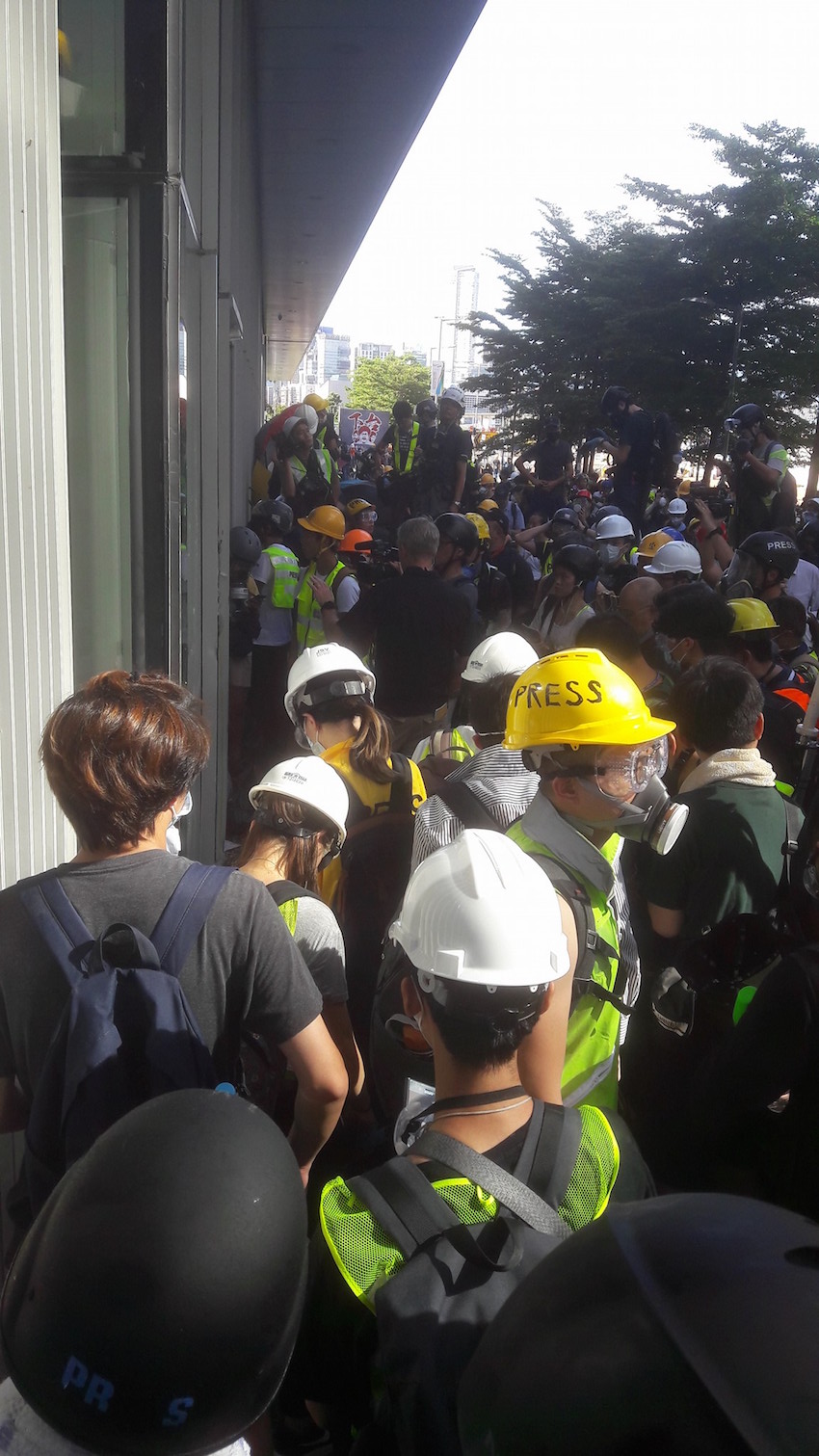 Today’s demonstration was preceded by clashes with police last night after protesters began to gather outside of LegCo in memorial of the woman who killed herself yesterday. This led the Hong Kong police to close the Admiralty and Wan Chai MRT stations earlier this morning, though both stations were later reopened.

More generally, large protest actions called for by the Civil Human Rights Front in past weeks demonstrate the pattern of spontaneous demonstrations breaking out beforehand and these demonstrations often end with some demonstrators refusing to leave, calling for more extreme actions against the police. Dynamics of such demonstrations also involve pan-Democratic lawmakers or prominent activists such as Joshua Wong and members of Demosisto attempting to act as a restraining influence on the crowd or to negotiate between police and police. This has also been the case today. 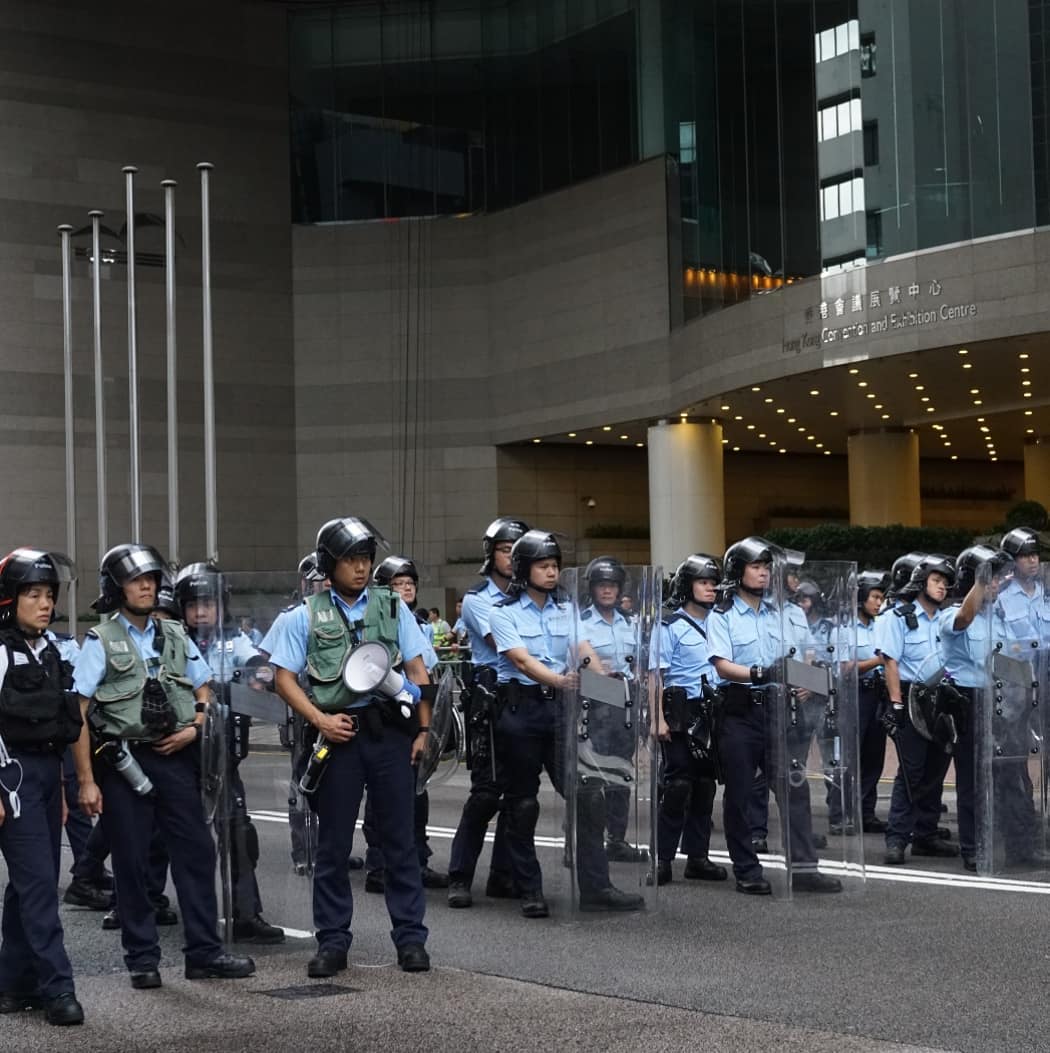 The Hong Kong government has yet shown little indication that it will withdraw the extradition bill, although the scope of the political crisis caused by the bill should be increasingly visible. The Hong Kong government has also shown few signs that any prominent political figures will resign to take responsibility for the bill and for the actions of the Hong Kong police, as demanded by protesters, whether that be Chief Executive Carrie Lam, Secretary for Justice Teresa Cheng, or others. However, demonstrations today may represent the most significant escalation of direct action by protesters to date, and as the night goes on, it is highly likely that further clashes with the police will take place.