Anger After Comments by Ko Regarding Victims of Political Persecution

AS AN UNORTHODOX politician who originally campaigned in 2014 with the claim that he was a regular person that sought to enter politics, rather than a slick and polished member of the political establishment, Taipei mayor Ko Wen-je has established a reputation for gaffes over the years. It may not be surprising that Ko has once again provoked ire with a number of recent comments.

However, one notes that the commonality underlying Ko’s recent comments are that they involve lashing out at victims of the White Terror or groups that have faced persecution at the hands of the Chinese Communist Party—with the claim that doing so is in some way politically bipartisan. 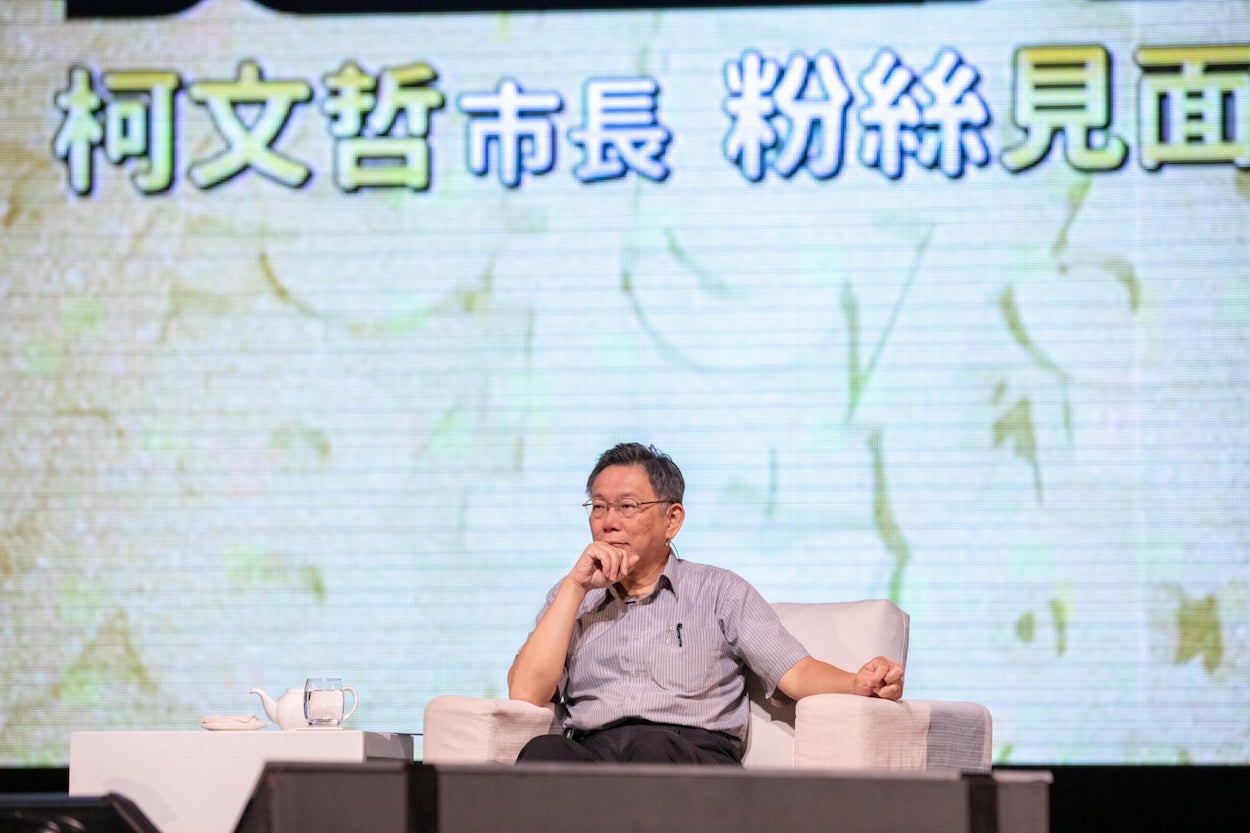 On October 3rd, Ko claimed during an interview that current Presidential Office secretary-general Chen Chu, a former political prisoner, was a “sinner against democracy”. Ko claimed of Chen that, “Just because she was imprisoned in the first half of her life she can get away with doing whatever she wants, however wrong, in the latter half of her life.” Chen spent six years in jail for political activism during the authoritarian period.

In the past, Ko also lashed out against Chen in calling her “a fatter version of Han Kuo-yu.” Ironically, last year, KMT chair Wu Den-yih came under public censure for referring to Chen as a “fat sow” and later apologized, but Ko has refused to retract his remarks about Chen.

Ko subsequently provoked criticism from the Human Rights Network for Tibet and Taiwan after claiming that Tibetan llamas who self-immolated had “caused great trouble for the Chinese government”, joking that they were self-immolating because this was “trendy”. Apart from the obvious fact that it is in bad taste to mock individuals who died as a result of political persecution, Ko was criticized for mocking how individuals with mental health issues might be driven to suicide.

Indeed, Ko has not cleared up the allegations of close ties with the Chinese government that have dogged him in the past few years. Last week, Ko met with Shanghai Municipal Taiwan Affairs Office Director Li Wenhui in Taipei. Ko’s cross-straits exchanges with Shanghai during his tenure as mayor have been controversial, seeing as Ko has referred to both sides of the Taiwan Straits as “one family” that “shares a common destiny” as part of these exchanges.

Ko has denied that the two spoke about anything political during Li’s visit. But Ko’s denying any knowledge of Chinese Unification Promotion Party (CUPP) head Chang An-lo’s claim that a rally held by the party on October 1st to commemorate the 70th anniversary of the founding of the People’s Republic of China took place through negotiating with the Taipei police proves further suspicious. 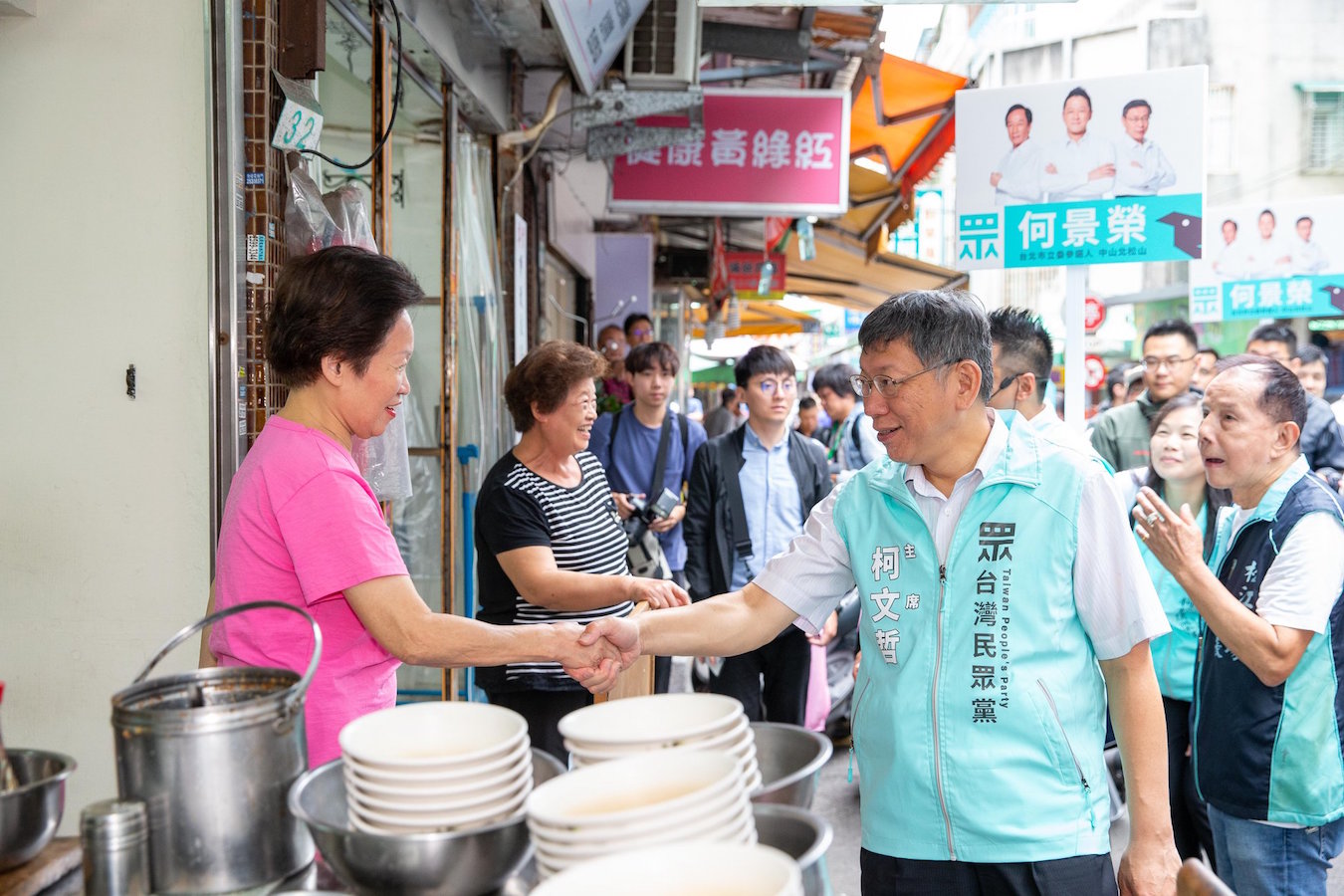 During the Sing! China incident in 2017, which took place on the campus of National Taiwan University as part of Ko’s cross-strait exchanges conducted with Shanghai, pro-independence student demonstrators were attacked by members of the CUPP and the Taipei city police were accused of taking minimal action against CUPP members. Student demonstrators were protesting that the event referred to Taiwan as part of China. Some evidence emerged at the time that members of the CUPP involved in the attack had ties with members of the Taipei city police. But apart from continuing to defend the event as a success, Ko was criticized for failing to clear up the issue. Despite the controversy at the time, Ko subsequently made public appearances with Chang, a former gangster who committed political killings for the KMT during the authoritarian period.

It is notable that associates of Ko have kept up a campaign of lashing out at President Tsai Ing-wen, likely still begrudging Tsai and the DPP for not endorsing Ko during 2018 elections, and seeking to contest Ko instead. Ko’s close aide Tsai Pi-ju has, for example, jumped on board with the conspiracy theory that Tsai Ing-wen’s dissertation is fake, with Ko proving dismissive of criticisms of Tsai Pi-ju for endorsing something which has long been disproved.

That being said, Ko’s newly formed political party, the Taiwan People’s Party (TPP), has been quite successful to date. An abortive party launch after gaffes by Ko threw a wrench in a prospective alliance between Ko, FoxConn CEO Terry Gou, and former KMT majority speaker Wang Jinpyng, and may have tanked plans by Ko to run in 2020 presidential elections. But according to polling from the Taiwan Public Opinion Foundation (TPOF), the TPP overtook the New Power Party (NPP) to become the third most popular party in Taiwan after announcing that it would be running 43 candidates for legislature in 2020. The TPP’s candidates draw from former members of both the DPP and KMT as well as from Ko’s Taipei mayoral administration.

Polling methodology by the TPOF has been questioned, seeing as the foundation often releases data that seems to benefit its own political positions. Examples include the TPOF claiming that both Tsai and former premier William Lai were highly unpopular at a time when TPOF head Michael You was contending for the position of party chair in December 2018 and this political narrative seemed to benefit You’s run or claiming that William Lai was more popular than Tsai Ing-wen in June 2019, at a time when You and affiliated political forces seemed to back Lai, who was contesting Tsai for the DPP’s 2020 presidential nomination. Despite polling results from the TPOF predicting otherwise, Tsai later handily won the DPP’s presidential primary. It is generally the case that many polling organizations in Taiwan release results with an aim to influence the political outcomes of elections, but polling by the TPOF is less questionable on issues where it does not have a direct stake.

The TPP likely benefits from a newcomers’ advantage in announcing its new candidates, seeing as political candidates usually benefit from an uptick in their popularity immediately after announcing campaign runs. Yet if the TPP has genuinely surpassed the NPP, this would seem to confirm long-standing fears within the NPP itself that its supporters overlap heavily with Ko supporters, who simply hope for any fresh faces that do not seem to have the taint of traditional pan-Green/pan-Blue politics—and may not actually support the NPP because it is a more pro-independence and more progressive political party than the DPP. 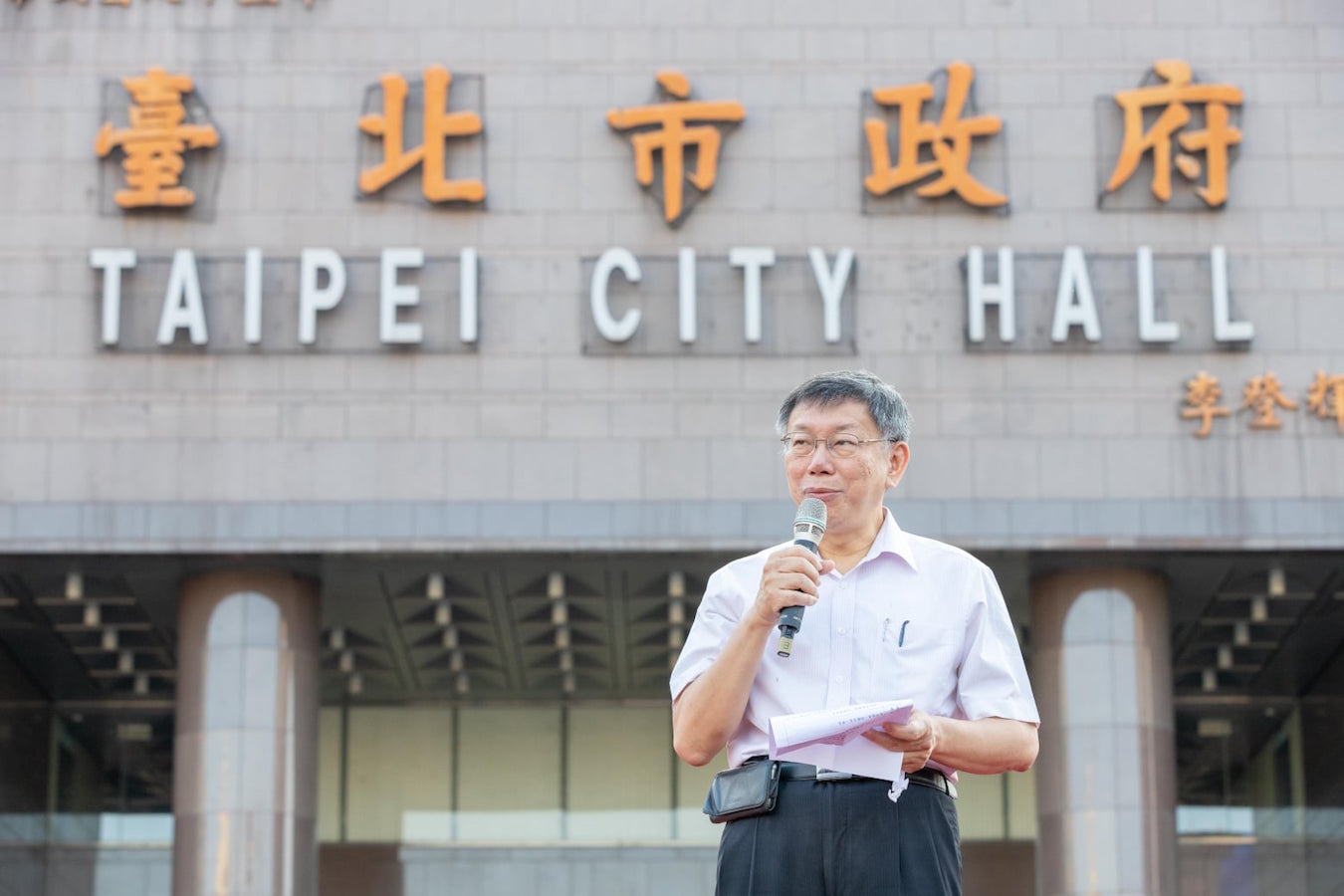 But to this extent, the popularity of the TPP should also give the DPP pause, seeing as the DPP is running a number of youth candidates after bringing former Sunflower Movement student leader Lin Fei-fan onboard as its deputy secretary-general. Running a number of fresh faces may not necessarily mean victory for the DPP either if voters are primarily hoping for alternatives outside of the DPP and KMT.

While Ko was originally elected into office with the support of a number of youth activists after the Sunflower Movement, Ko’s political realignment in the past few years should now be abundantly clear. Nevertheless, Ko continues to claim that he is attempting to hew toward non-partisan politics, not only, with regards to the DPP and KMT, but with regards to balancing between America and China.

Voters may genuinely believe this. And, in spite of Ko’s recent comments disrespectful of White Terror victims as Chen Chu or groups who have faced the oppression of the Chinese government, such as Tibetans, it may simply be that many voters in Taiwan have not sufficiently grappled with the realities of Taiwan’s past authoritarian period or the Chinese Communist Party’s contemporary authoritarianism for this to dissuade them from voting for Ko and the TPP.