The by-election was the first by-election to replace a mayor who had been recalled from office in Taiwanese history. Seeing as this was a by-election and not a regular election, Chen will serve until 2022, though it is anticipated that Chen would run again for mayor as an incumbent. 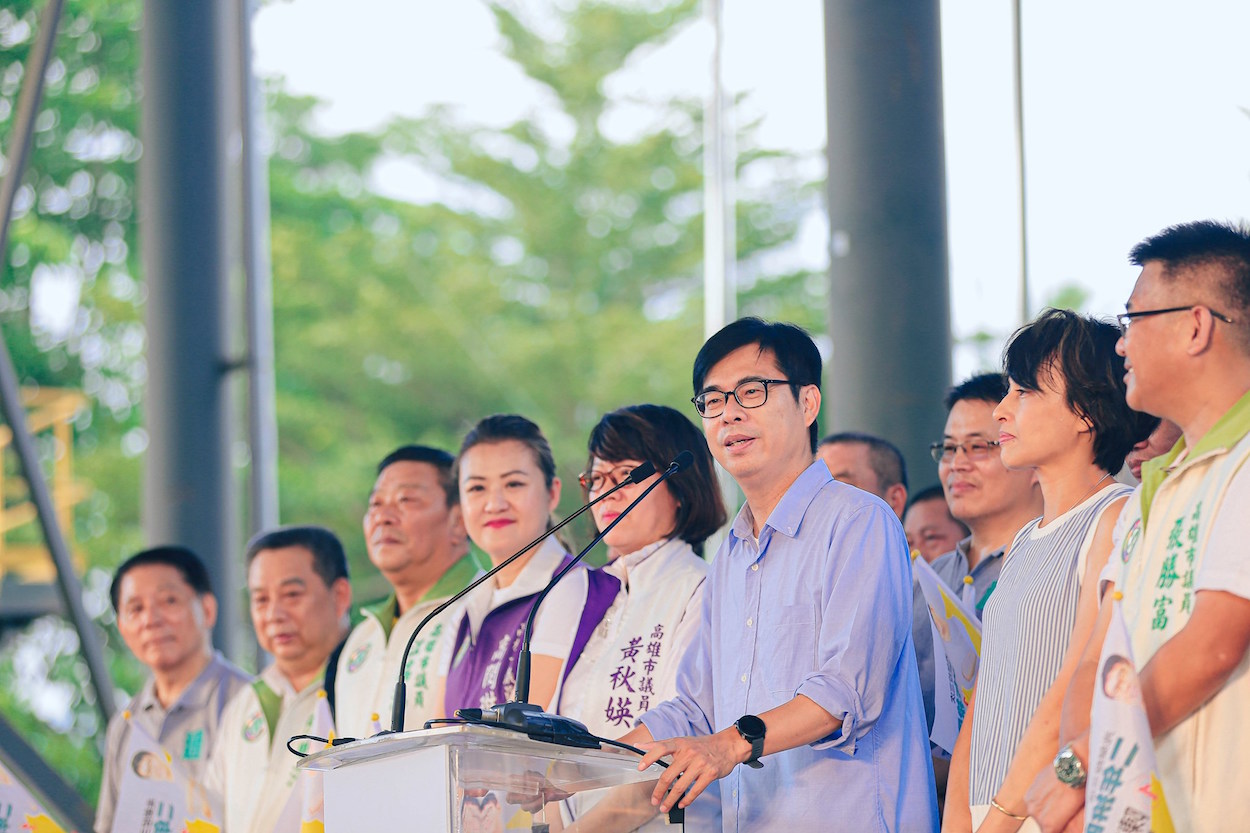 Voting took place from 8 to 4 PM today. Voter turnout was similar to the recall vote, with 959,242 Kaohsiung residents participating in the recall. Chen emerged as the clear leader in the vote fifteen minutes after votes began to be counted, with the vote count finishing around 6 PM.

Chen previously ran for Kaohsiung mayor in 2018, but was defeated by Han Kuo-yu of the KMT. Han won by 892,545 votes to Chen’s 742,239 in what marked the start of Han’s meteoric rise from obscurity to become the KMT’s 2020 presidential candidate. Han was, however, defeated by President Tsai Ing-wen with 8.1 million votes to 5.5 million votes in the 2020 elections.

After his presidential defeat, Han subsequently faced the ire of Kaohsiung residents, who had come to see him in the years since his 2018 mayoral victory as an inept political leader. Han was unable to fulfill the unrealistic campaign promises he had made during the 2018 elections and he further angered Kaohsiung residents by taking three months off to campaign for president. As such, Han was recalled in a historic mayoral recall vote—the first recall vote of its kind—in June.

Han was recalled with 939,090 votes in favor of his recall and only 25,051 votes against his recall, out of a total of 969,259 individuals that voted. 97.4% of those who voted were in favor of Han being recalled, while only 2.6% of voters were against the recall. Voter turnout in the June recall vote was high, with 42.14% of Kaohsiung’s voter electorate participating in the recall vote. The percentage of the voter electorate required for the recall to be binding was 25%. 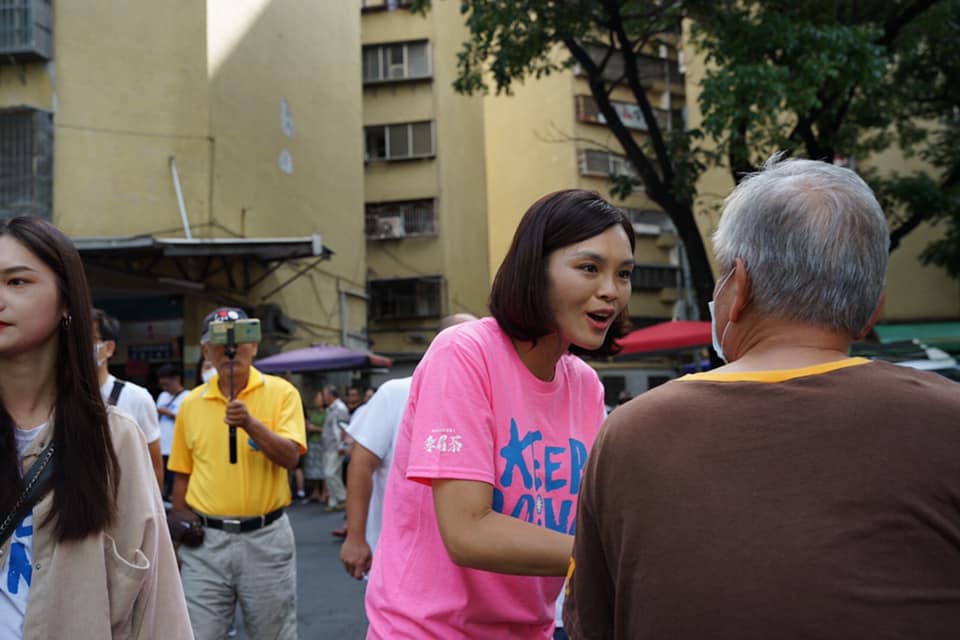 Given its low odds of victory, the KMT chose to run Kaohsiung city councilor Jane Lee, also known as Lee Mei-jhen, as its candidate in Kaohsiung. Lee seemed like a good choice for a candidate that had little chances of winning, with the aim of running a fresh face with a clean political record in order to give her exposure for more serious runs down the line, particularly given the KMT’s lack of prominent young politicians or female politicians.

However, Lee subsequently drew controversy after it emerged that Lee had plagiarized 96% of her master’s thesis, proving to be as scandal-ridden as Han had proved before her. Lee announced that she would give up her master’s, though lashing out at President Tsai Ing-wen and alleging that Tsai had never written or had also plagiarized her master’s thesis—a conspiracy theory that emerged in the lead-up to 2020 elections.

But despite the scandal, perhaps in the absence of any means to swap out a candidate at the last minute, the KMT continued to back Lee. Party heavyweights such as party chair Johnny Chiang and former president Ma Ying-jeou were mobilized to campaign for Lee.

The KMT eventually settled on a strategy of trying to link Chen Chi-mai with incidents of political corruption. Chen, a former legislator, previously served as acting mayor of Kaohsiung for six months in 2005, under which a riot by Thai migrant construction workers took place. The KMT has also sought to link Chen to a corruption scandal regarding ownership of the SOGO chain of department stores. The scandal implicated both pan-Blue and pan-Green politicians, but the KMT has pointed to historically close ties between Chen and Su Chen-ching, one of the legislators accused of taking bribes from former Pacific Distribution Investment Company Chairman Lee Heng-lung, and the nephew of former Presidential Office secretary-general Su Jia-chyuan. Likewise, the KMT has pointed to Chen’s background as a second-generation politician. Chen’s father, former legislator Chen Che-nan, was jailed on corruption charges until 2017. 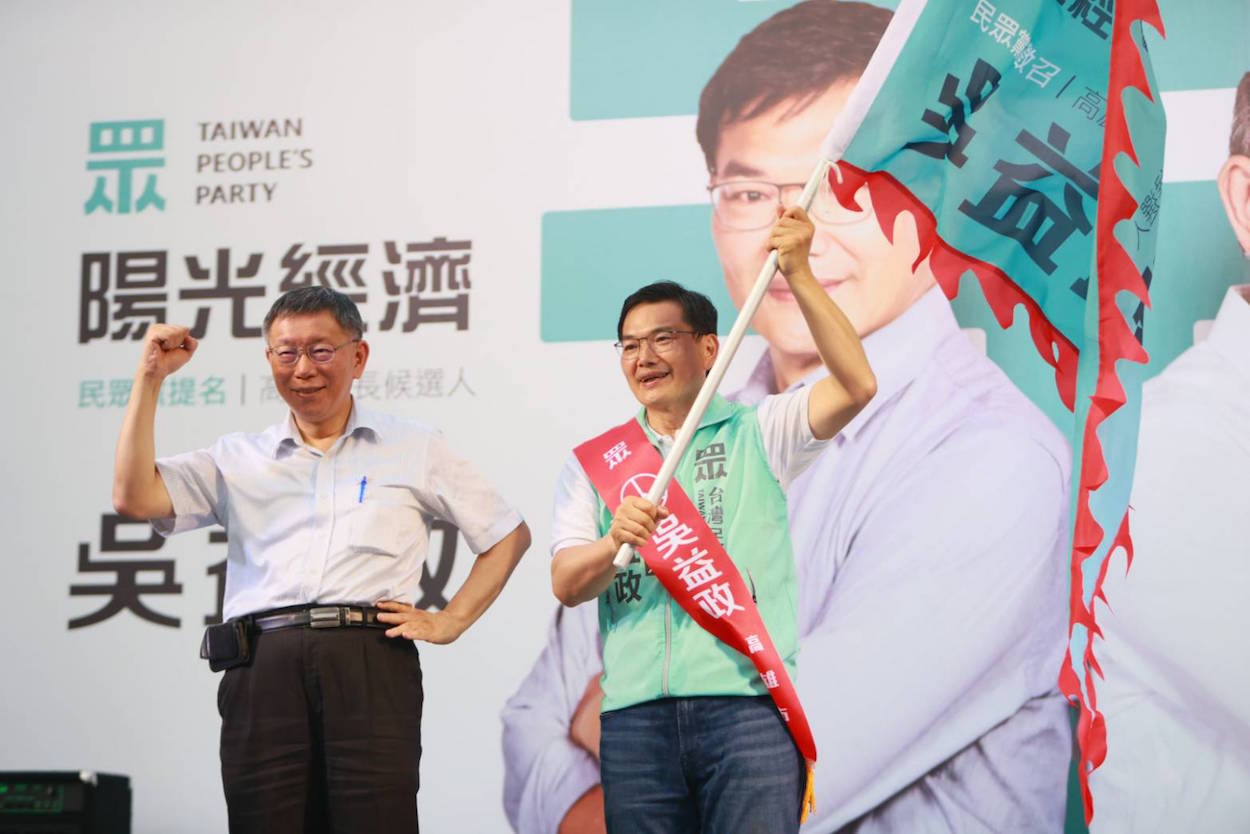 Otherwise, Chen Chi-mai proved a safe political choice for the DPP, due to having formerly served as mayor of Kaohsiung, and as the DPP’s candidate in 2018. Despite his defeat in 2018, Chen has gained in popularity in years since and the DPP has clearly sought to keep Chen in the public eye to groom him for future elections. Yet Chen proves among the small set of DPP politicians that are continually run for office by the party—something that has sometimes been to the detriment of the party, as observed in unexpected electoral defeats such as the defeat of longtime DPP politician Su Tseng-chang to Hou You-yi in the New Taipei mayoral race in 2018. It is significant that the DPP chose to run Chen, rather than a younger politician that it could elevate through promotion to a mayoral position.

Nevertheless, in spite of the KMT’s strategy targeting Chen and his longstanding links with a DPP party establishment increasingly accused of corruption, a DPP victory was expected. The DPP still mobilized its major politicians, including President Tsai Ing-wen, Vice President William Lai, Premier Su Tseng-chang, and its city mayors, to campaign for Chen or to appear in advertisements backing Chen. Han’s unexpected mayoral victory in 2018 had been seen as an indicator that the DPP might be weakening in its hold over territories where it has traditionally been dominant, as a result of which the DPP likely did not want to appear as though it were taking its victory for granted. This would be something that could further alienate the DPP’s support base, in making it appear as though the DPP did not value them in its outreach, assuming that they would always support the DPP by matter of course.

It proved somewhat surprising that Ko Wen-je’s TPP also sought to run a mayoral candidate in Kaohsiung, despite the unlikely odds for such a candidate winning. The TPP’s candidate was indicative of the party’s pan-Blue leanings, despite claims by the party to be beyond traditional pan-Blue and pan-Green divides. The TPP ran Wu Yi-jheng, who is also a member of the People First Party. The TPP’s party charter allows party members to simultaneously be members of more than one party. 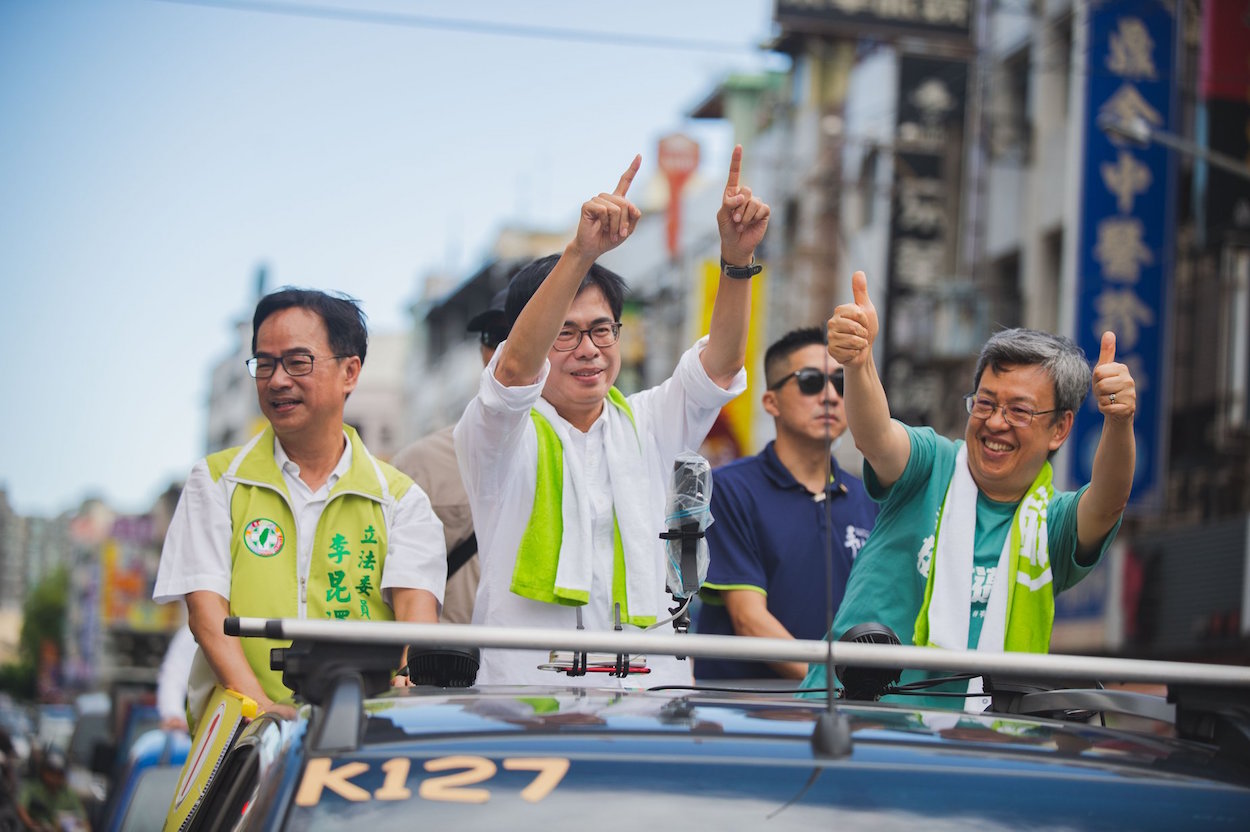 Given the possibility of the DPP’s traditional dominance in southern Taiwan weakening, the TPP likely saw an opportunity to make inroads in southern Taiwan in the wake of the Han victory. This was the first time that the TPP fielded a candidate in mayoral elections, although the party is expected to run a slate of candidates for district elections in the future.

The TPP was probably hoping to be able to tout voting results as a sign of the party’s growing strength. The TPP’s internal polling released before elections claimed that the KMT and TPP were polling very closely, at 12.8% to 11.5%, results that would allow the TPP to be able to claim that it was on equal footing with one of Taiwan’s two major political parties in the Kaohsiung mayoral elections. Yet such predictions did not play out the day of elections, with the TPP only winning just over 4% of the vote to the KMT’s 26%.

Indicative of the DPP’s fears of losing control over southern Taiwan, at Chen’s election rally, Chen was touted as a candidate that could break through party divides and appeal to swing voters. During his victory speech, Chen stated that he hoped to be a mayor accepting of political differences, thanking both Lee and Wu, and stating that he hoped to allow for progress in Kaohsiung among all people of Kaohsiung, including those that supported his opponents.

Chen also called for voters to recall him if he performed poorly, emphasizing that he learned from his 2018 electoral defeat, and stated that he would emphasize improving infrastructure, transportation, and addressing issues of air pollution as policy aims. To this extent, Chen closed his speech by calling for Kaohsiung residents to work together to improve the city, regardless of party affiliation and political views.