Separate protests took place yesterday at the Shan Mei Street playground, in Sai Kung, and in Tai Po from local residents against plans to build quarantine centers or clinics for individuals affected with the Coronavirus. The Shan Mei Street protest took place after a meeting between Fo Tan city councilors and residents with Hong Kong government officials broke down, leading city councilors and residents to try and prevent government officials from leaving. 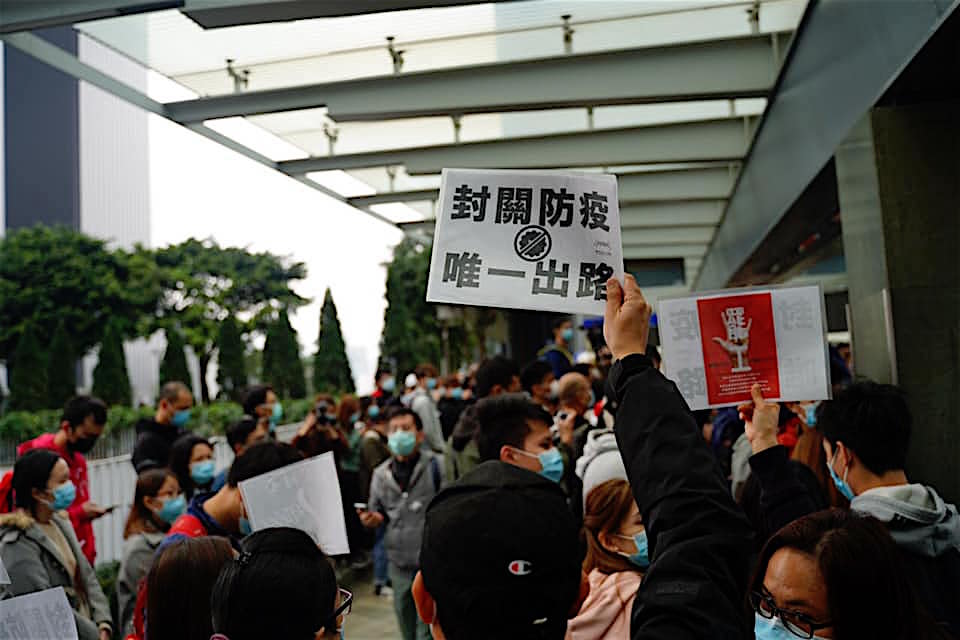 More generally, one has observed a pattern of protests from local residents in Hong Kong against quarantine centers built in local neighborhoods. The Hong Kong government plans to house individuals affected with the Coronavirus in public housing estates, but such plans have sometimes met with resistance from local residents living nearby. The Hong Kong government has been accused of failing to consult with local residents and one notes that trust in the government is likely at an all-time low in the wake of the past months of protests. After all, such protests led to scenes of police violence against Hong Kong citizens taking place all across Hong Kong, including tear gas being pervasive across the city as government officials denied that this would have any effects on the health of Hongkongers.

Likewise, one saw protests both yesterday and Saturday around the Sheung Tak Estate in Tseng Kwan O, commemorating the three-month anniversary of the death of Alex Chow Tsz-lok. Chow died after falling from the Sheung Tak car park on November 8th last year.

Chow, who was 22-year-old at the time of his death, died under mysterious circumstances, suffering a brain injury from his fall that led to his death. But it is unclear as to why Chow fell from the car park. Many believe that Chow was attempting to flee from police, due to the police use of tear gas in response to a nearby protest, and that Chow’s death was in this way caused by the Hong Kong police.

During the two days of protests around the Sheng Tak Estate, demonstrators left flowers and set up a memorial around the Sheung Tak car park, as well as set up barricades using bricks, bicycles, cones, debris. Police used tear gas against demonstrators and attacked them with batons. A number of journalists and local residents caught in the fray are thought to have been among those arrested. Overall, over 100 were arrested. 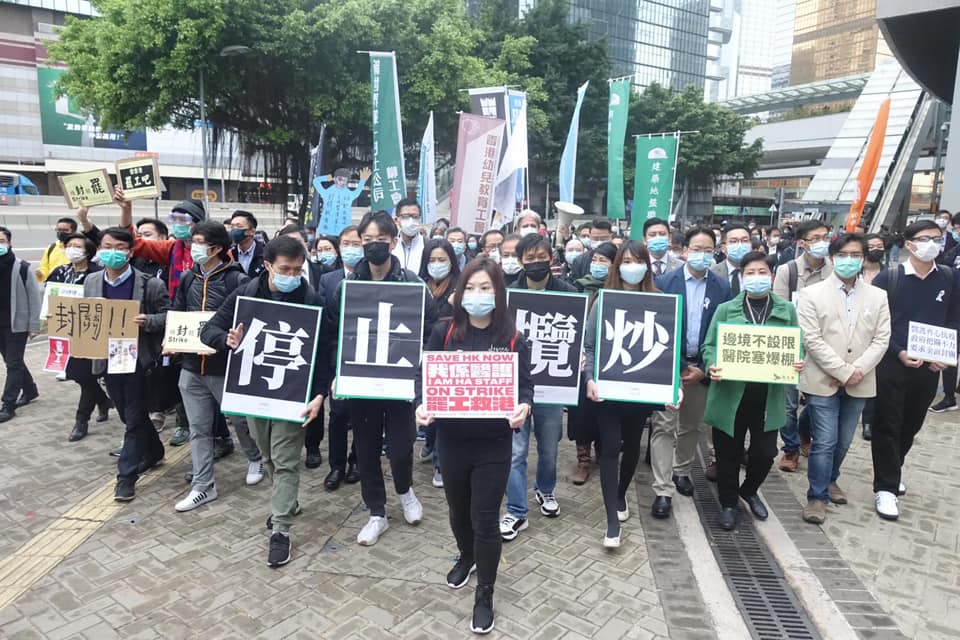 Likely inspired by the actions of striking hospital workers, the Hong Kong Dragon Airlines Flight Attendants Association also held a meeting on Saturday to call for a strike, with the aim of pressuring the airline stopping flights to China. Cathay Pacific has been among the airlines most heavily affected by the protests in Hong Kong to date, due to the fact that flight attendants, ground staff, and pilots have all been among those that participated in the protests. This led to pressure from the Chinese and Hong Kong governments on Cathay Pacific’s management.

More broadly, one can situate strike actions from both Hospital Authority Employees Alliance and Dragon Airlines workers as part of the wave of unionization efforts which have taken place in Hong Kong as a result of the protests which have gone in Hong Kong since last year, with new, pro-democracy unions formed in order to counter pro-Beijing unions.

It is clear that unions are proving an important vehicle for mobilizations going forward. However, it is less clear as to what the next steps for the movement will be. It is to be expected, though, that outrage over the Hong Kong government’s handling of the Coronavirus outbreak will be a driver for future mobilizations.