THE EXECUTIVE YUAN has finally released its draft bill on legalization for same-sex unions. Apart from the Executive Yuan releasing the text of the bill earlier today, premier Su Tseng-chang released a video touting the bill as realizing marriage equality yesterday, stating that while members of the LGBTQ community have historically faced discrimination and many members of society have historically held prejudiced views towards them, the bill is in the interests of social equality and progress. The “Implementing Judicial Interpretation No. 748 Bill”, will now go to the Legislative Yuan for discussion, the bill being a response to Judicial Interpretation No. 748 from the Council of Grand Justices ruling in May 2017 that same-sex marriages needed to be legalized in Taiwan within two years.

Nevertheless, it would be hasty to conclude that the bill realizes full “marriage equality,” as Su and the Executive Yuan claims it does. For one, the bill will legalize same-sex unions through adding a separate law to the Civil Code, rather than changing the existing text of the Civil Code. The legalization of same-sex unions through the addition of a separate law rather than changing existing laws has generally been understood as civil partnerships rather full marriage equality in the Taiwanese context. Su stated that the reasons for this use of a separate law were because of the need to respect the results of the referendum on gay marriage held in November last year alongside nine-in-one elections, which resulted in the Taiwanese electorate voting down gay marriage.

But while the draft bill will grant gay couples the right to marry, as well as rights to inheritance and hospital visits, they will lack other rights that heterosexual couples currently have. For one, gay couples will not be allowed to jointly adopt children unless they are the biological children of one of the members of the couple. More than likely, this will lead to circumstances in which one member of a gay couple will adopt a child, but not both. Taiwan currently has no surrogate mother system and the new law will not make any provisions for this.

Likewise, same-sex unions between Taiwanese and foreigners will only be recognized if both countries recognize same-sex marriage. Seeing as only 26 countries in the world recognize same-sex marriage, this is very likely to mean a number of unions go unrecognized, particularly between Taiwanese and individuals from non-western countries. Pathways to citizenship for foreigners married to Taiwanese remain unclear, although heterosexual marriages currently also require three years of permanent residency before citizenship.

LGBTQ groups which have been fronting the struggle for marriage equality such as Equal Love Taiwan and the Taiwan Alliance to Promote Civil Partnership Rights have stated that the new draft bill is a sign of progress and, to date, have at least publicly been conciliatory in their attitude towards the bill. Such groups state that they are likely to challenge the law with regards to the aforementioned issues regarding adoption and international marriages. But it is very likely that this publicly positive attitude is due to Su Tseng-chang, as representing the Tsai administration and Executive Yuan, taking a positive attitude towards the legalization of same-sex marriages. LGBTQ groups may hope to leverage on this attitude for the sake of political momentum. A statement by the Taiwan Tongzhi Hotline would prove somewhat more openly critical. 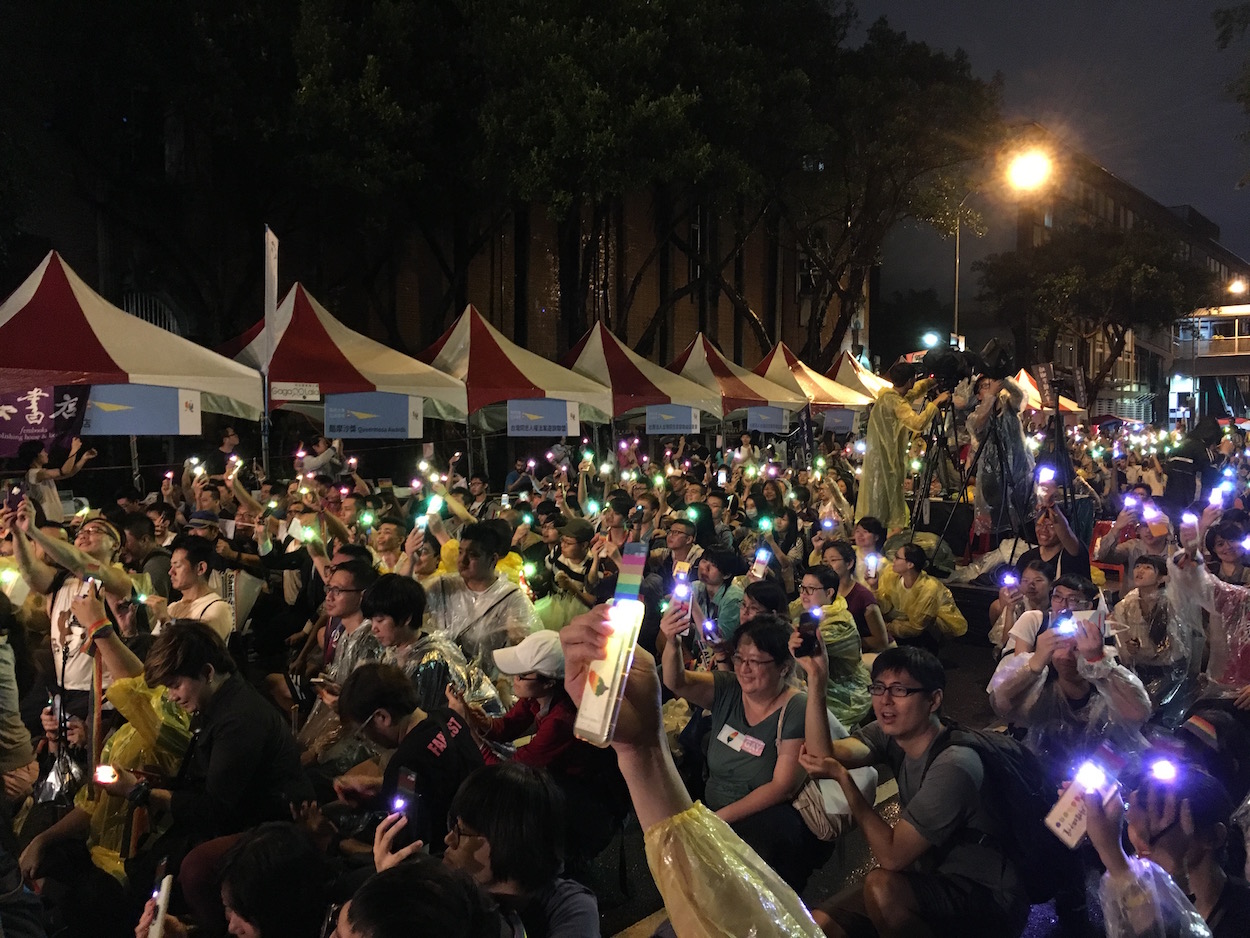 At the same time, one notices that there is notably less resistance than before to the notion of passing a separate law to legalize marriage equality if this would mean attaining equivalent rights to heterosexual couples. It could be that the leaders of the advocacy groups which have thus far led the fight for marriage equality intend to compromise on this demand, something that is likely seen as necessary in order to respect the results of the November referendum.

Nonetheless, leaders in the movement to legalize marriage equality such as Jennifer Lu have stated that they expect resistance from anti-gay groups opposed to the legalization of marriage equality, even if passing a separate law to legalize gay marriage was originally a key demand of theirs. Some protests have already taken place from anti-gay groups, who see the draft bill as compromising too much in drawing from the language of the existing Civil Code.

That being said, it is also a question as to whether the Executive Yuan’s draft bill is, in fact, a sign that opponents of marriage equality have more or less secured their demands. Statements by opponents of marriage equality during public debates on gay marriage held before the November referendum suggested that they would attempt to deny gay couples some rights under a civil partnership law, particularly those regarded to adopting children.

One of the fears of anti-gay groups was that legalizing gay marriage by changing existing laws would change the legal definition of the family. With the view that the family is the basic building unit of society, anti-gay groups believed that this would lead to the breakdown of social order, which was why they indicated they would be willing to accept a civil partnership law that did not change the fundamental definition of marriage.

The view from anti-gay groups is in many cases that while it may be fine to allow gay couples to marry, so long as gay couples were denied the right to raise children, this would not constitute a “family”. As such, gay couples being denied the right to adopt non-biological children satisfies this demand of anti-gay groups. One also suspects that language in the new draft bill stipulating penalties for adultery is also aimed at keeping anti-gay groups happy, seeing as another one of their fears was that legalizing gay marriage would lead to increased adultery and even polygamy. 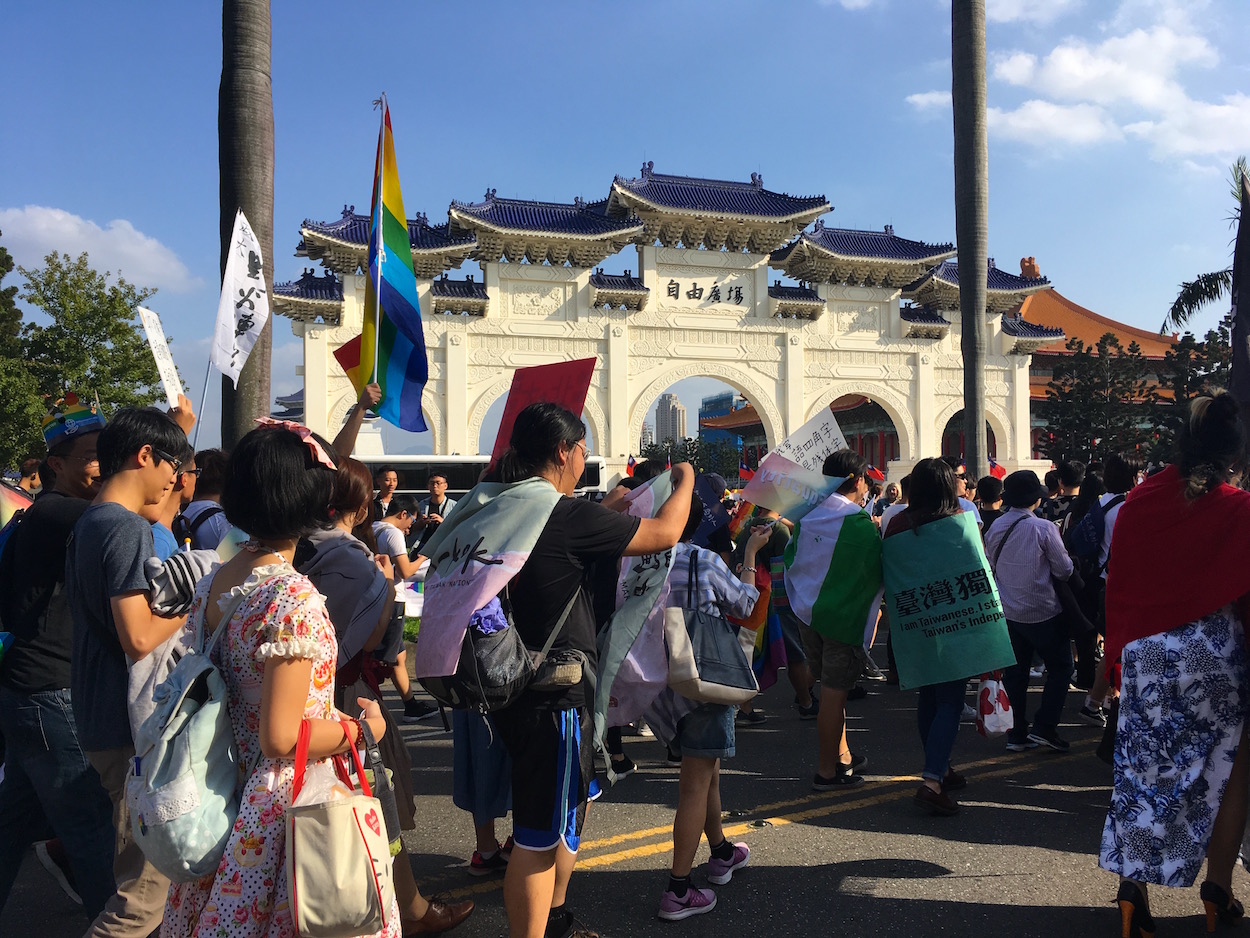 Taiwan’s constitution resembles the German constitution and Taiwanese lawyers frequently train in Germany because of the jurisprudential similarities between the two countries. Consequently, it was thought that anti-gay groups might pursue a version of civil partnerships modeled after the form of civil partnerships which formerly existed in Germany, which allowed gay couples the right to marry but did not allow them the right to adopt.

The fight for marriage equality will likely shift again to the courts. At the very least, with the Executive Yuan having put forward a draft, this gives LGBTQ groups something concrete to contest. It remains unknown as to how the legislature will respond to the bill, however. It is possible that elements of the bill will be removed or changed. Or the bill could just never pass, meaning that same-sex couples will automatically have the same rights as heterosexual couples do under the current civil code.

Yet it may prove dangerous at this juncture to simply conclude that marriage equality has been achieved in Taiwan, as some international news outlets are reporting. Indeed, it is very likely that the Tsai administration hopes to present the appearance internationally that Taiwan has legalized gay marriage, but does not actually wish to take measures to fully legalize marriage equality, for fear of offending Christian anti-gay groups and elements of the DPP which are in themselves opposed to gay marriage. Along such lines, the Tsai administration is quite likely to claim that the draft bill only differs from the existing Civil Code with regards to nomenclature, as a means of avoiding the issue that it denies gay couples certain rights. In this sense, the fight for marriage equality is far from over.