Wave Of Protests Before Elections Demonstrates A Familiar Pattern In Taiwan

WITH PLANS BY environmental groups to hold a rally against air pollution in Taipei next weekend, one observes that this would be the third consecutive rally in Taipei over three weekends. Last weekend, the annual Taipei pride parade took place, bringing 140,000 onto the streets of Taipei to demonstrate LGBTQ pride, as a show of force for members of the LGBTQ community and their allies before a referendum on gay marriage to be held during elections in November. The week before that, what was claimed to be over 100,000 took to the streets to demonstrate for a referendum on what name Taiwan will participate in the 2020 Tokyo Olympics under.

While Taipei pride parade takes as a yearly event at the end of August every year, the rally against air pollution and the referendum on Taiwan’s participation in the 2020 Olympics were timed ahead of 2018 local elections. In particular, during 2018 nine-in-one local elections this year, a series of referendums will be held on issues ranging from nuclear power, gay marriage, the name Taiwan participates in the 2020 Tokyo Olympics under, and a planned coal-burning power plant in Ruifang. 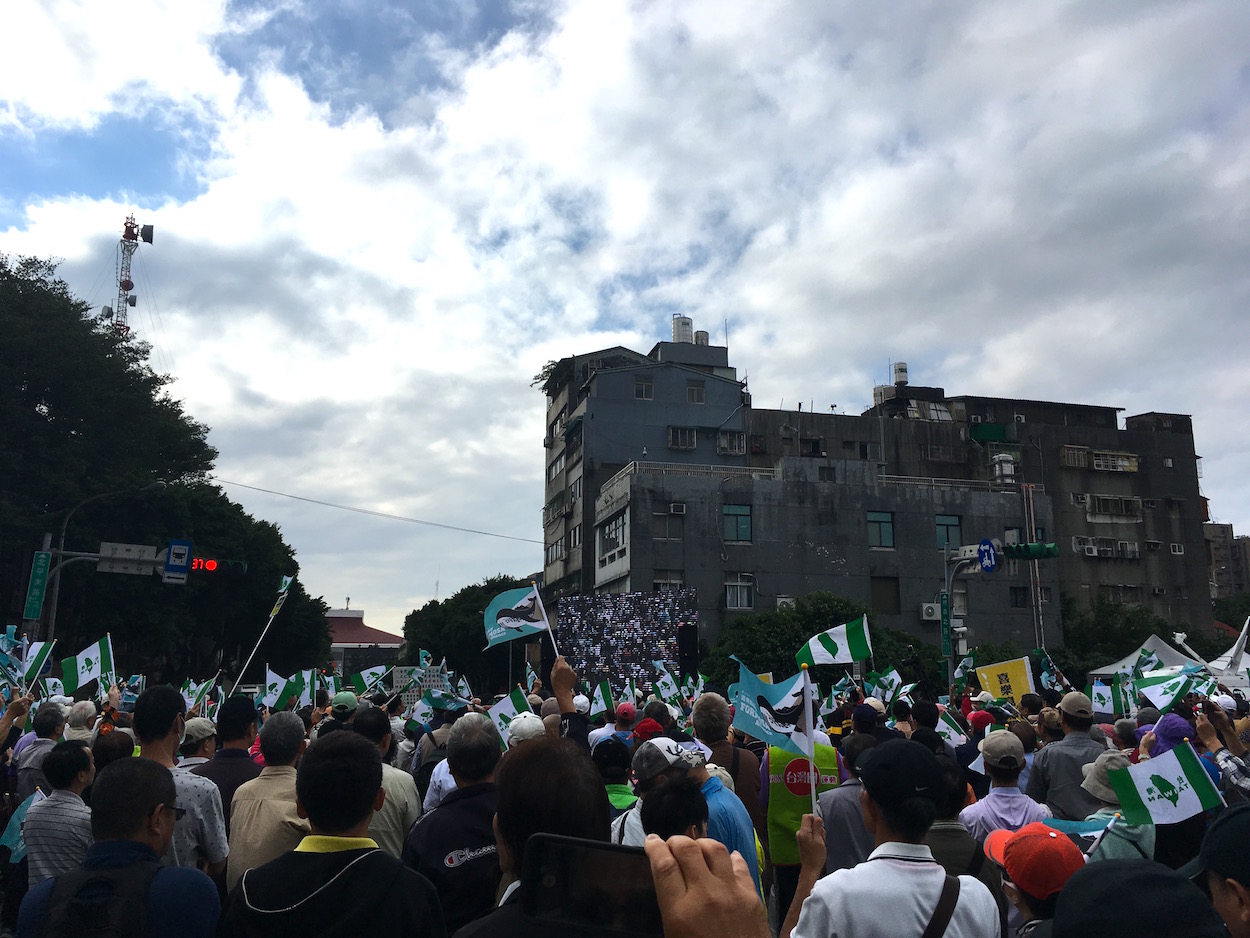 The Formosa Alliance’s demonstration outside DPP headquarters regarding what name Taiwan will participate in the 2020 Tokyo Olympics under. Photo credit: Brian Hioe

As such, advocates of such causes hope to demonstrate before the referendum that their causes are sufficient to mobilize large numbers of individuals onto Taipei city streets. On the one hand, this is intended to add pressure to the Tsai administration. On the other hand, through demonstrating strong social support for a cause, this can also encourage more to vote positively on a referendum.

It is not unusual for mass protests to take place shortly before elections in Taiwan. The largest recent example would be the Sunflower Movement, which preceded 2014 nine-in-one local elections, and 2016 presidential and legislative elections, and which mobilized over 500,000 at its peak. However, one also observes other large-scale protests in recent years, such as the “Fury” protests in late 2012 and early 2013 pushed by the DPP, and protests against Chen Shui-Bian for alleged corruption in his second term, pushed for by the KMT and pan-Blue political actors.

One notes that large-scale protests have become increasingly disassociated with any specific political party in recent years, even if large-scale protests generally are more associated with one of the two major political camps than another. In general, bipartisan mass protests are rare in Taiwan, even pertaining to issues which in themselves have no inherent relation to independence or unification, such as nuclear energy, gay marriage, or air pollution.

As such, it remains to be seen what the political constituency of the rally against air pollution will be. Similar to the Formosa Alliance’s rally two weeks ago, which primarily had an older constituency, the event is not heavily advertised on social media, suggesting that mobilization networks will not come from Internet-savvy pro-Taiwan youth activists. The KMT has also attempted to use growing problems of air pollution in Taiwan as a means of attacking the DPP. 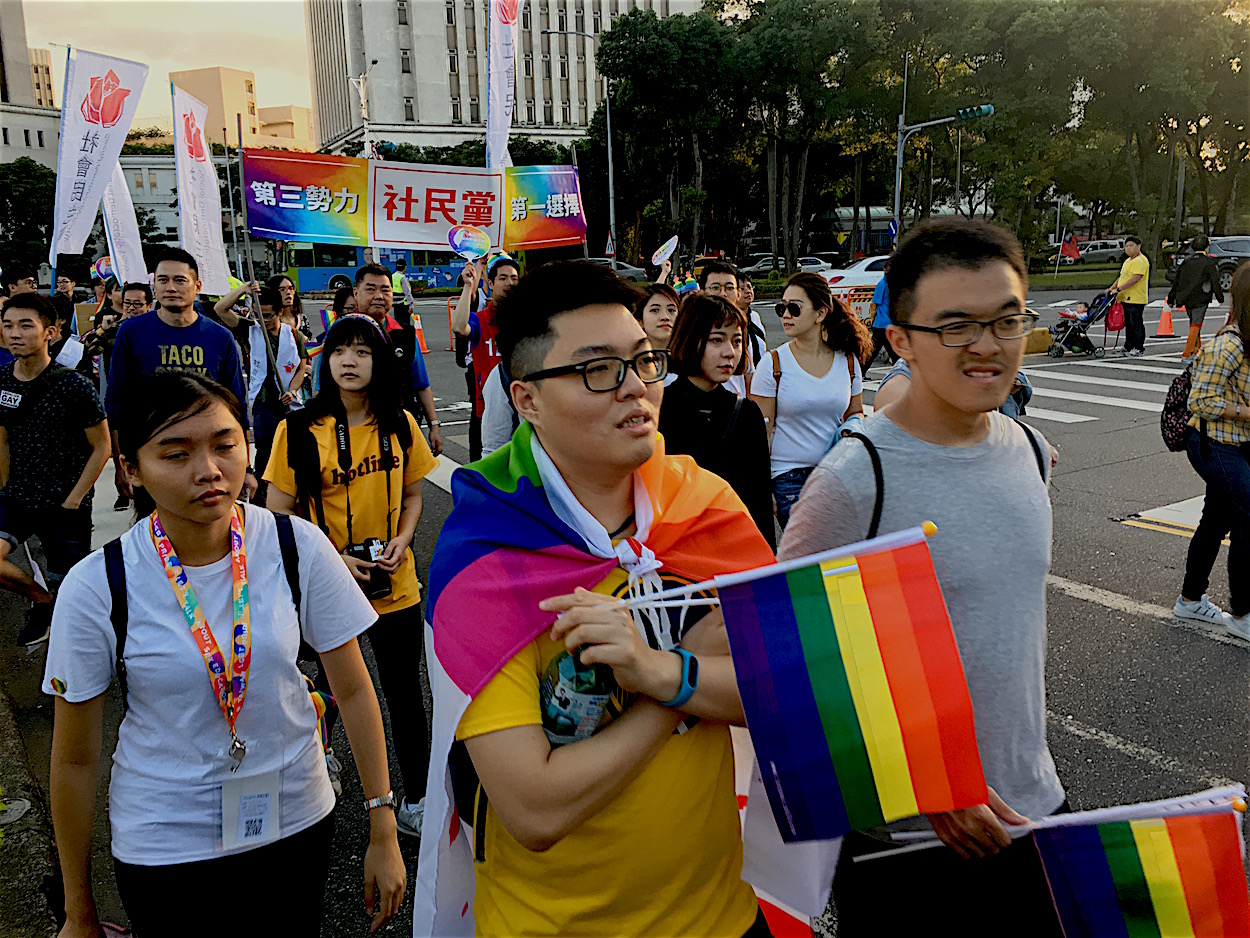 While air pollution has been a cause able to mobilize tens of thousands in the past two years, it seems unlikely that a demonstration about air pollution in Taipei can mobilize over 100,000 people, particularly because of the short notice before the demonstration. Organizers of the rally may simply be hoping to imitate the successes of the pride parade and the 2020 Tokyo Olympics rally.