A US DIPLOMATIC visit took place on Thursday and Friday last week, involving a delegation of five members of the House of Representatives. The five members of the delegation were Mark Takano (D-CA), Elissa Slotkin (D-MI), Colin Allred (D-TX), Sara Jacobs (D-CA), and Nancy Mace (R-SC), who met with Taiwanese president Tsai Ing-wen and other high-ranking government officials.

One notes that the visit was bipartisan but primarily Democratic. This takes place on the heels of a visit earlier this month by four US Senators and two members of the House of Representatives, all of which were Republicans. This delegation visited Taiwan over a three-day period from November 9th to November 11th.

The heavily Democratic composition of the delegation may have been aimed at reassuring that support for Taiwan is bipartisan. Namely, the all-Republican composition of the prior visit raised questions as to what extent it was reflective of US policy under the Democratic Biden administration. 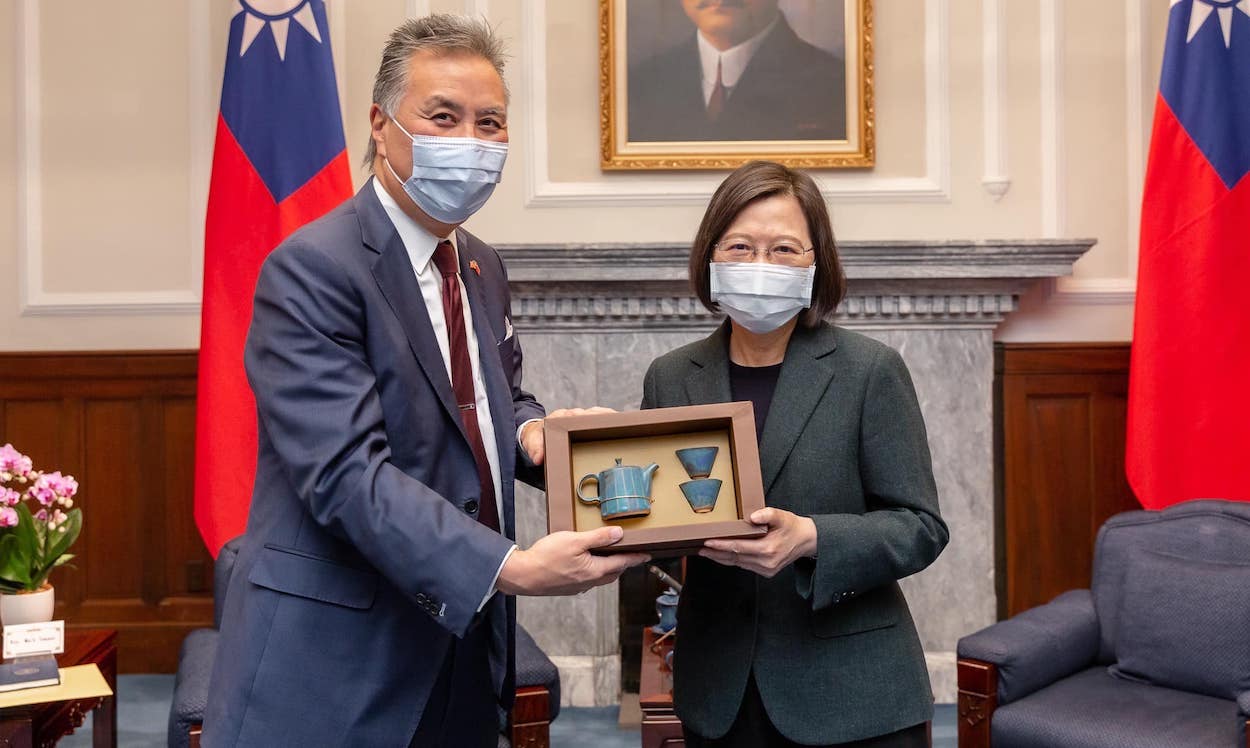 Some of the members of the prior delegation had proposed legislation aimed at strengthening relations with Taiwan such as the Taiwan Deterrence Act, TAIPEI Act, and CHIPS for America Act. The Taiwan Deterrence Act, in particular, seemed aimed at pushing the US closer to a position of strategic clarity regarding Taiwan, by financing military procurements by Taiwan. Despite a series of incidents by Biden in which the US president ventured off-script to suggest support for Taiwanese independence or a US commitment to defend Taiwan, following which these comments were walked back, the Biden administration still adheres to strategic ambiguity regarding what course of action it would take in response to a Chinese invasion

Either way, as with the Republican delegation, the diplomatic visit was not announced ahead of time. The recent visit was announced shortly after the delegation arrived on a C-40 military transport plane, with aircraft spotters having already picked up on the visit, while the prior visit this month was only officially announced by the Ministry of Foreign Affairs several days after the delegation had already left Taiwan. The prior visit took place in a similar time frame to a virtual summit between Biden and Xi where the two discussed Taiwan, among other issues.

Diplomatic visits to Taiwan under the Biden administration have primarily been conducted on a low-key basis, rather than in the manner of the Trump administration, in which diplomatic visits were trumpeted ahead of time with much fanfare. This seems intended to minimize the window of opportunity for China to react to US diplomatic visits, as well as to show that the displays of strengthening US-Taiwan relations are more than moves simply aimed at quickly hitting back against China. Both the Republican visit and the primarily Democratic visit have illustrated this pattern, which was originally set by a diplomatic visit by US Senators Tammy Duckworth (D-IL), Chris Coons (D-DE), and Dan Sullivan (R-AK) in June, during which a donation of 750,000 vaccines to Taiwan was announced.

Though it has been more common for Biden to make the news for remarks on Taiwan that seem to be different from official US policy, the recent visit featured an incident in which Nancy Mace referred to Taiwan as the “Republic of Taiwan.” This is not the official name of Taiwan, which is the “Republic of China.” Mace later claimed that this was not a misstatement and that her phrasing had been deliberate. As is par for the course in the case of gaffes seemingly supportive of Taiwanese independence, some in Taiwan have indeed interpreted Mace’s remarks as a covert show of support for independence. Nevertheless, perhaps Occam’s Razor applies here more than anything else, what appears to be a misstatement is more likely to simply be a misstatement more than a move in four-dimensional chess played between the US and China. 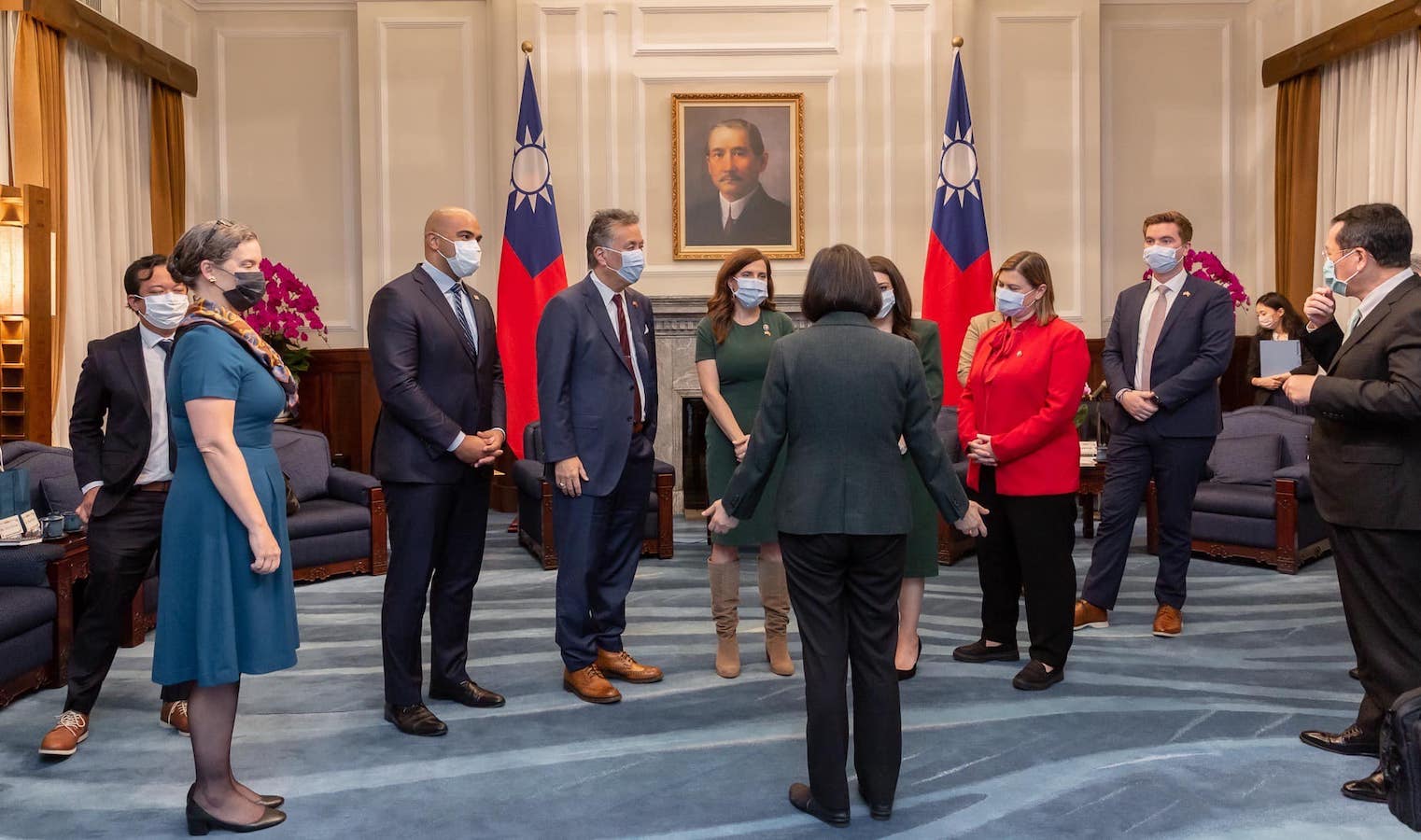 Otherwise, there have been some suggestions that Taiwan could strengthen ties with the US through exchanges by veterans, with the Veterans Affairs Council announcing shortly after the visit that it would be stationing an envoy in the US for the first time. Notably, Takano is chair of the House Committee on Veterans’ Affairs.

With an uptick in diplomatic activity by Taiwan, the US visit took place around the same time as a visit to Taiwan by Baltic lawmakers from Estonia, Latvia, and Lithuania. The earlier Republican delegation also took place in close proximity to a visit to Taiwan by European parliament members from Austria, Czechia, France, Greece, Italy, and Lithuania, and a visit by outgoing Honduran president Juan Orlando Hernández.

It may not be surprising, then, that China has responded with military threats. Taiwan saw an incursion by 27 Chinese planes into its Air Defense Identification Zone on Sunday, which included a Y-20 aerial refueling tanker for the first time in a move to show off China’s expanded range for its fighters.