Hualien County Commissioner Scandal Yet Another Example Of KMT Corruption

AN INSIDER TRADING scandal faced by Hualien county commissioner Fu Kun-chi would be yet another example of corruption from pan-Blue political actors. While the case has been ongoing for some time, with a ruling against Fu previously sentencing him to eight months in jail, the case was only finally closed last week following the failure of Fu’s appeal against his sentence in the Supreme Court. 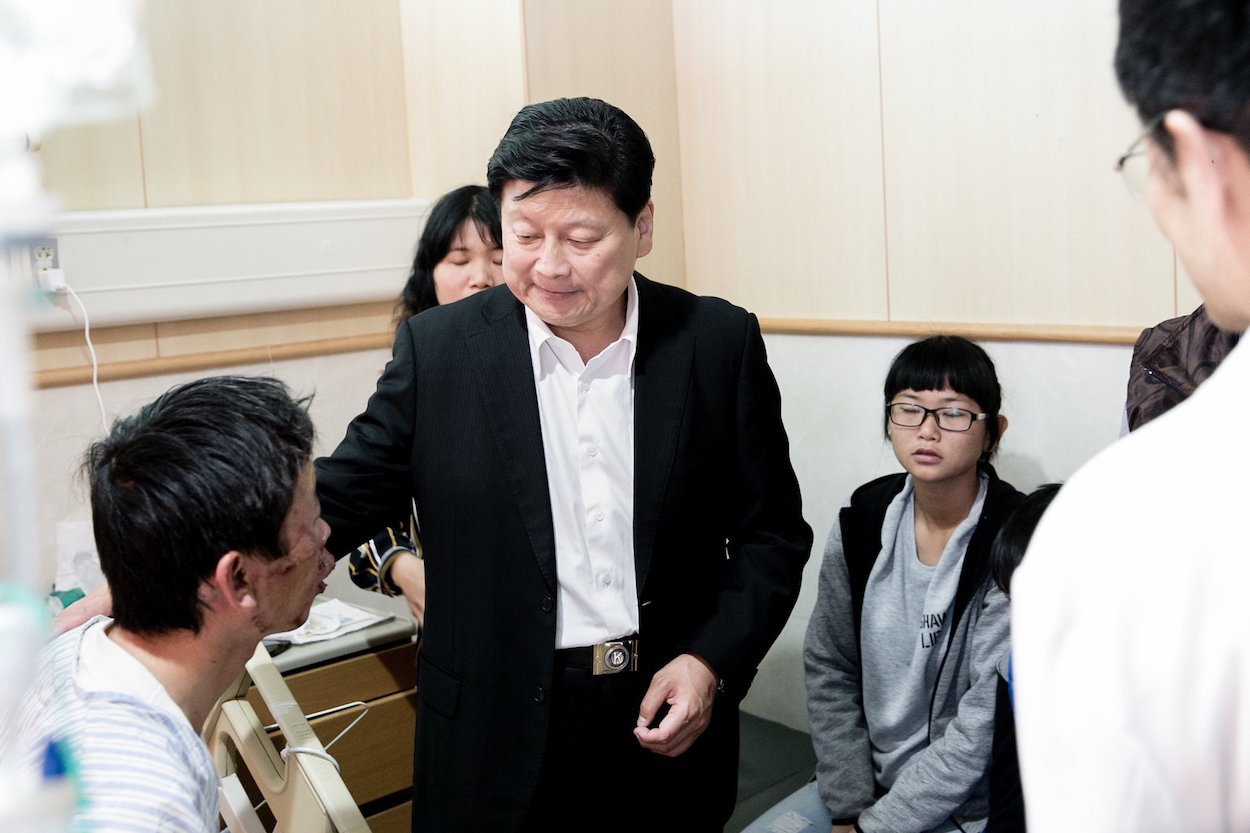 Fu is an independent, having been kicked out of the KMT for running for county commissioner without the party nomination in 2009. The issue of KMT political candidates running without the party nomination is one that comes up occasionally in Taiwan, as most recently observed in Lin Wei-chou running for Hsinchu county commissioner despite failing to secure the party nomination. However, Fu continues to be generally thought of as close to the pan-Blue camp. Before being kicked out of the KMT in 2009, Fu was previously also a legislator for the People First Party, having been a party member from 2000 to 2007.

Fu was victorious in his 2009 bid and would later be re-elected in 2016. Before the sentencing, Fu would have been slated to finish his term later this year. Instead, with Fu’s removal from office following the ruling, he will be replaced as acting county commissioner by deputy minister of Justice Tsai Pi-chung, with Tsai leaving his post in the Ministry of Justice to take up the post of county commissioner. Fu’s removal as Hualien county commission is as a result of Article 79 of the Local Government Act, which states that heads of local government serving prison terms must be removed from their posts.

Fu had seen periods of relatively high popularity, even recently, and was reportedly considering a run for Taoyuan mayor earlier this year. This would no doubt have required a rapprochement with elements of the KMT that Fu had previously alienated, but Fu reportedly had the support of some KMT factions. 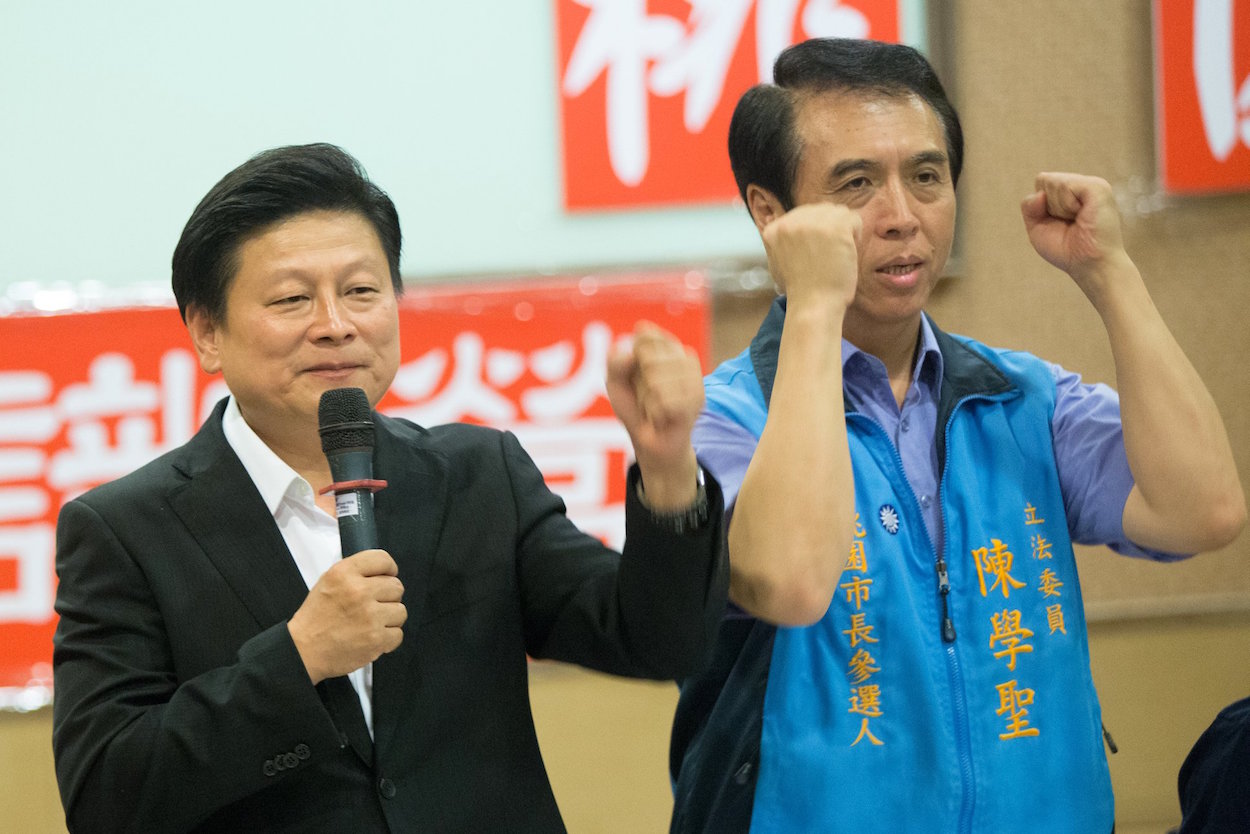 On the other hand, corruption allegations have dogged Fu for close to 15 years. Insider trading charges against Fu date to 2005, with Fu accused of manipulating the stock prices of Hold-Key Electric Wire & Cable Company Limited after being offered 20 million shares by Hold-Key’s general manager, Yang Kai-ti, and deputy general manager, Yu Su-yuan. Both hoped to inflate the value of Hold-Key stocks because the company had recently won a lucrative contract from state-run electricity company Taipower. Fu’s actions subsequently led to the tripling of Hold-Key’s stock value. Fu was originally sentenced to sixteen months in prison, but this was later reduced by half to eight months in prison.

All this would be nothing surprising for pan-Blue politicians, as in a similar case from last year involving KMT party heavyweight Alex Tsai. Corruption occurs especially for those politicians based out of rural areas. KMT politicians have a longstanding reputation for corruption, receiving kickbacks from companies in return for political favors, or rewarding favored companies with lucrative government development contracts. Likewise, this would not be far from the first corruption case faced by Fu, Fu having been indicted last year of coercion to force the sale of lucrative property in Hualien, while attempting to disguise his involvement through a dummy company as well as tax evasion. Fu was accused of making 167 million NTD through in this way.

Fu has attempted to defend himself by alleging that he is being politically punished for revealing DPP corruption, holding a press conference on September 13th at the Hualien county hall, stating that his actions as Hualien county magistrate exposed that the DPP was rewarding wind power contracts to favored foreign firms at prices significantly higher than the international market standard. This, too, would be typical KMT behavior, in attempting to reverse the charges leveled against it by leveling the same charges at the DPP, most visible in attempts to claim that the Tsai administration’s efforts to address KMT corruption is a form of political persecution similar to the White Terror or indicates the DPP’s own corruption. 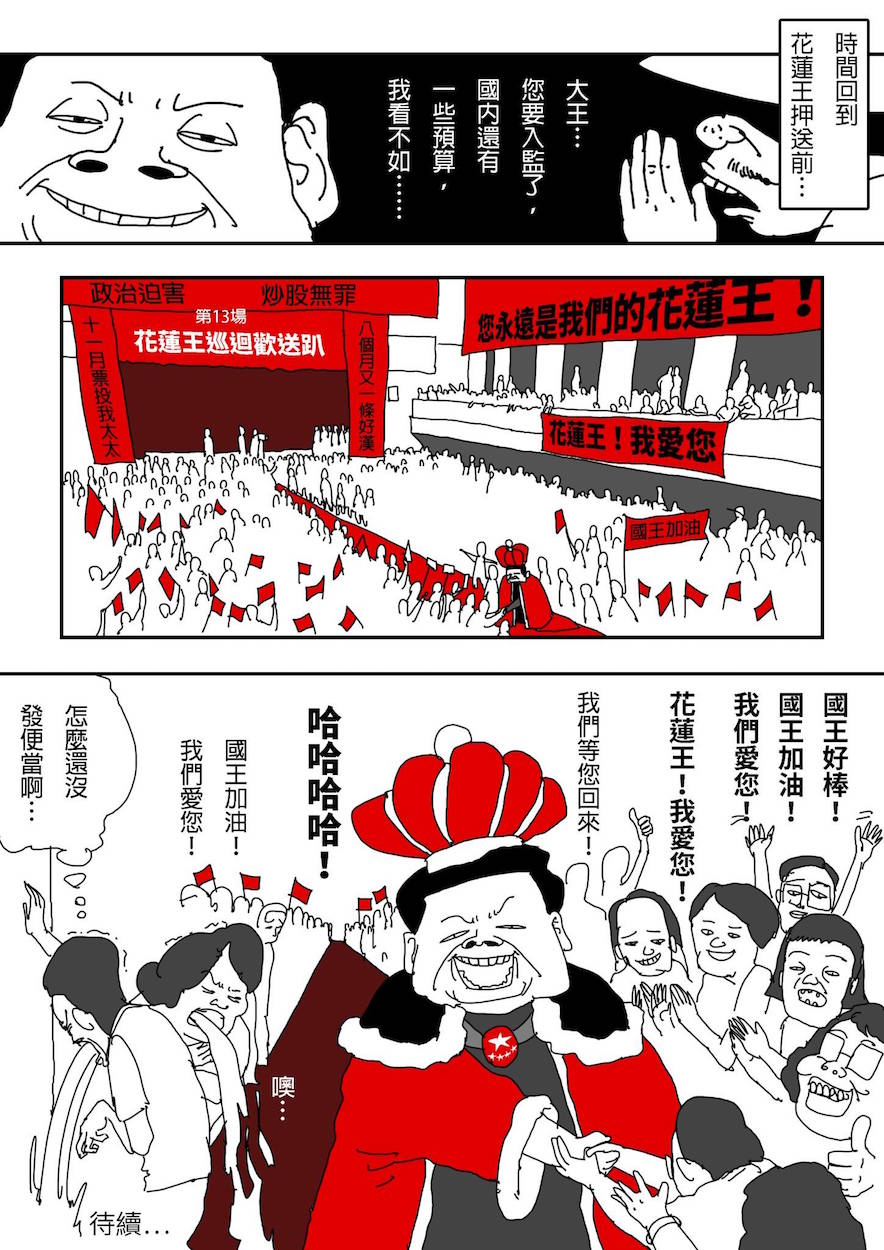 Mockery of Fu has subsequently ensued online, particularly with the online comic “Hualien King” (花蓮王), depicting Fu’s leadership of Hualien as the rule of an arrogant but ineffectual king. Yet even with Fu’s removal from power, it is to be remembered that KMT clientelist networks remain deeply entrenched in many areas in Taiwan at the level of local governments. Fu would only be one example of a broader phenomenon. It remains for steps to be taken to root out the local-level corruption that Fu represents, as well as to ensure that the rooting out of pan-Blue political actors does not simply provide for corrupt, pan-Green political actors taking up the positions they once occupied and establishing clientelist networks of their own.