ACCUSATIONS BY the KMT that the DPP is instituting a “Green Terror” of political persecution against the pan-Blue camp that is a “hundred times worse” than the White Terror perpetrated by the KMT during the authoritarian period are groundless and ridiculous. For one, tens of thousands were killed by the KMT during the White Terror. Television weatherman James Lee (李富城) recently claimed that the Green Terror is “hundreds of times worse” than the White Terror drawing public ire. Yet at the very least, if Lee’s comments can be disregarded as those of someone who is politically in significant, no less than former KMT spokesperson Alex Tsai have suggested also that the “Green Terror” is “equivalent” to the White Terror and former president Ma Ying-Jeou has alleged “fascism” by the current DPP administration. 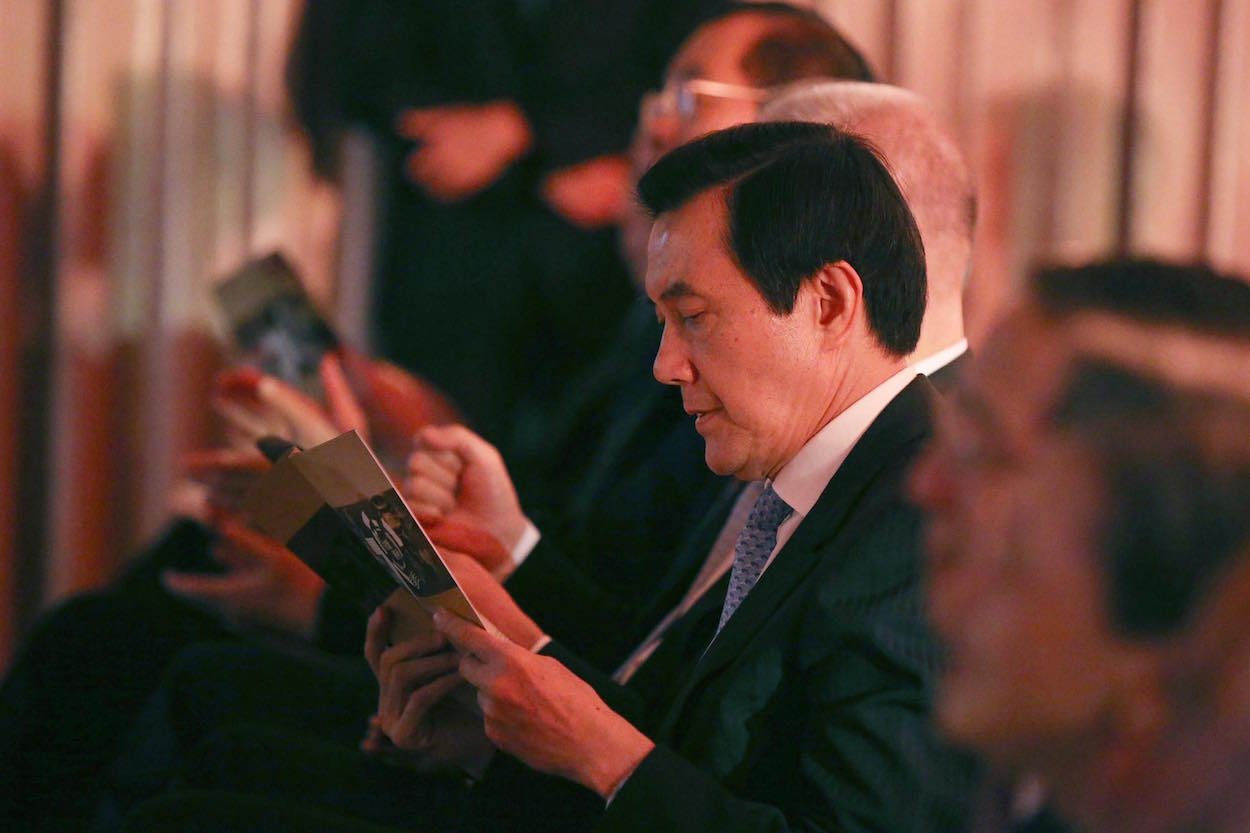 The Tsai administration is at present attempting to settle past legacies of the authoritarian period including tackling unresolved issues of transitional justice bound up with the 228 Massacre and White Terror that followed, as well as the KMT’s substantial party assets dating back to the authoritarian period, which it still retains. Yet if it is the case that, as the KMT claims, there is a “Green Terror” currently ongoing, where is the vast mountain of dead executed by the Tsai administration since it took office? At the very least, if the “Green Terror” is at least equal to the White Terror, the Tsai administration should have executed tens of thousands in the year and a half since it took office. And if the DPP is carrying out “fascism,” where are the stormtroopers and concentration camps?

Unfortunately, however, one generally expects accusations of a “Green Terror” by the KMT to be fairly effective in terms of attempting to sling mud against the Tsai administration. Namely, human memory is altogether short in terms of remembering historical tragedies even as large-scale as the White Terror.

German philosopher and Marxist critical theorist Theodor Adorno once commented, for example, that there could be “No poetry after Auschwitz,” meaning that the Holocaust was a tragedy of unrepresentable proportions. Yet, nonetheless, not even a century later, one observes the phenomenon globally, for example, of Holocaust denial even within Germany, in which transitional justice efforts have been strongly emphatic on past crimes committed by Nazi Germany.

And, indeed, the rise of contemporary neo-Nazism worldwide, particularly in the United States, also proves a discouraging sign. It seems that historical amnesia of past historical tragedies has not been helped by the “post-fact” age in part brought upon us because of the democratization of information on the Internet, which has allowed for the “Information Age,” in which information travels around the world nearly instantaneously, but has allowed for nearly anyone to pass off false claims as fact. 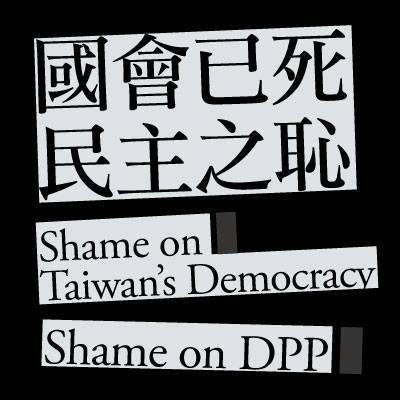 An ironic banner released by the KMT. Photo credit: KMT/Facebook

This has strengthened the ability of historical revisionists, right-wing nationalists, and others to draw false equivalences in a relativistic manner, even for unambiguous events. The death of left-wing activist Heather Heyer after being hit by a car that drove through a crowd by a member of the white nationalist “Alt-Right”, for example, was quickly spun off by no less than the Trump administration into a series of false equivalences, with Trump insisting that there were “some very good people” on both sides and that, while there may have been wrongdoing by the “Alt-Right”, one also needed to keep in mind wrongdoing by the “Alt-Left,” an entirely made up political grouping Trump coined to suggest wrongdoing on both sides.

It is not surprising, then, that this is also the case with the White Terror, never mind that past depictions of the White Terror such as Hou Hsiao-Hsien’s A City of Sadness have also suggested in line with Adorno that the White Terror is an unrepresentable historical tragedy of Taiwanese history. Part of this may have to do with that fewer White Terror victims are alive now, much as there is also a steadily decreasing amount of Holocaust victims who are still alive.

Yet, again, it is sad, but not too surprising that this will be believed by some in Taiwanese. The lesson of our “post-fact” age may be that if one insists on something as fact strongly enough, others will come to believe it. This is certainly the case with the KMT, then, never mind how denigrating this is of historical tragedies in Taiwanese history. 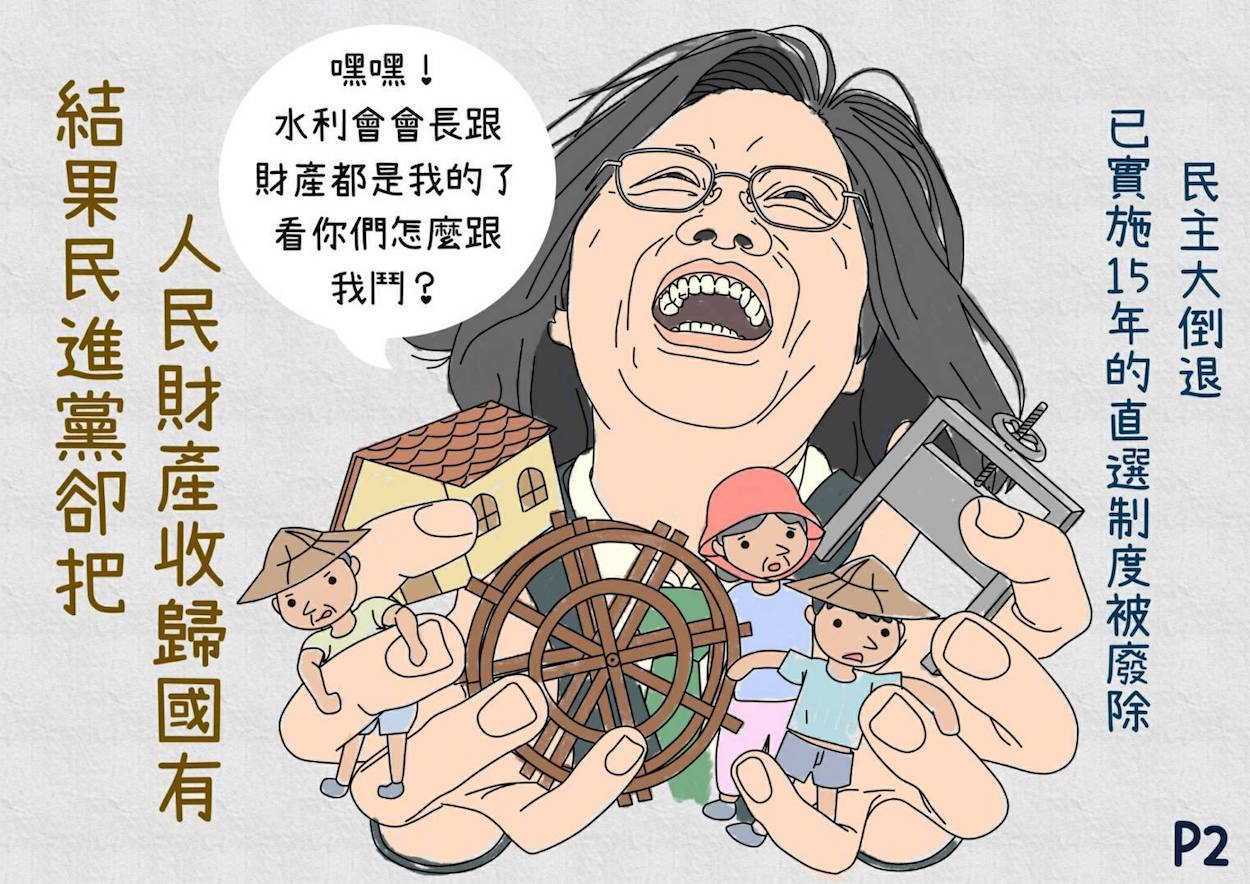 And many of these problems may return to Taiwan’s nature as a post-authoritarian context. Democratization studies sometimes hold too dear the belief that once a country has democratized, it is permanently democratic, when in fact, as time goes by after the transition to democracy and a past authoritarian period becomes more and more remote, that past authoritarian period can become seen in rosy light—not only by individuals of the younger generation who have never experienced that period, but even by people who went through that period, remembering the authoritarian period in contrast to the frequent political shifts under democracy as a period of greater order and stability, and thinking much less about the political persecution which took place during that period. Human memory, then, proves all too disappointingly short.