The Fall Of Alex Tsai?

ALEX TSAI, until recently the director of the Central Policy Committee of the KMT and a party spokesman, has been embroiled in controversy in past days with charges against Tsai of embezzling 300 million NTD from the sale of the Central Motion Pictures Corporation (CMPC) under the pretext of capital reductions. This occurs not too long after Tsai announced that he would be withdrawing from the KMT and Taiwanese politics because he had been named chair of the Jiangsu Min’An Automotive Company and would subsequently be moving to China in a sudden move which left many puzzled. In retrospect, one vaguely wonders whether Tsai, knowing he was under legal investigation, was hoping to escape charges in Taiwan as soon as possible.

As a result of present charges, Tsai has been detained and questioned by police, his wife Queena Hung has been placed under house arrest and restricted from leaving the country after being released on bail, and residences of Tsai’s have been searched. Nine other individuals, including Tsai’s father-in-law, have been questioned.

CMPC is a former state-owned enterprise and at one point the largest film production company in Taiwan, before its studio lots and theme park were closed in March 2006 in a move some saw as marking the further decline of Taiwanese film. Subsequently, CMPC was sold in 2006 by the KMT to Tsai, former CMPC vice president Chuang Wan-chun, and Lor Yu-chen, the wife of Gou Tai-Chiang, chairman of the Cheng Uei Precision Industry Company, for NT$3.1 billion in 2006. Beforehand, the KMT had owned 82.56 percent of CMPC’s shares.

At the time, the KMT was accused of selling CMPC off to party loyalists in knowledge that its party assets might one day become a liability, and in that way attempting to pass of its party assets as now in private hands. However, adding to longstanding accusations that the KMT’s party assets were in the control of select party elites and that this why the KMT leadership is so loathe to shed KMT party assets even when this proves a political liability for a KMT unable to shed its image of entrenched political corruption, this is not the first time Tsai has been accused of embezzling money from CMPC. 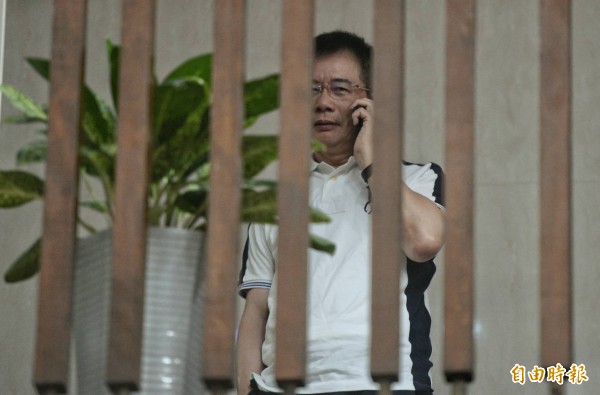 Last year Chuang accused Tsai of stealing her shares from the company and Gou Tai-Chiang accused Tsai of tricking board members into thinking that the company had applied for a capital reduction in 2006, but then deceiving board members that this had been approved when it had not been by the Ministry of Economic Affairs in order to embezzle money. Tsai is also accused of moving funds back and forth between Apollo Investment Company, which was founded by Tsai, and his personal funds in order to cover his tracks, seeing as the company shares were initially purchased by Apollo and were then to be transferred to CMPC. Despite that Apollo is nominally only a shareholder in the company and Lor is actually the owner, Tsai is accused of going around her authority by convening an extraordinary shareholder’s meeting to force through his will.

As a result, Tsai was ordered to return 170 million to CMPC last May by the Supreme Court. But either Tsai continued in embezzling after last May or more embezzling may have occurred on Tsai’s part than previously discovered, seeing as there was past contention between Tsai, Chuang, Lor, and Gou about how much exactly Tsai embezzled or may have stole. Gou had in fact claimed in the past that Tsai kept the entirety of the 580 million NTD Apollo would have received from the 1.5 billion NTD capital reduction that Tsai claims to have applied for in 2006 and Chuang claiming that Lor stole the entirety of her 1.2 billion stock in the company. Depending on how much Tsai stole, if this includes the entirety of Lor’s stock, this may actually be comparable to or exceed the amount of money that former president Chen Shui-Bian is accused of embezzling after his term. It is a sign of the ability of Taiwan’s wealthy to cloud their wealth and the murkiness of financial institutions in Taiwan that such conflicting claims regarding how much Tsai took have not been cleared up at this point.

It is a further question how Tsai may have used his authority as representative of Apollo to shuffle money between himself and Apollo and how much money was transferred exactly. This time around, Tsai is also accused of using Chintsuan Company, owned by his wife Queena Hung, in order to launder money for the benefit of himself, Hung, and his father-in-law, Hung Hsin-hsing.

A Politician Emblematic Of KMT Hypocrisy?

TSAI IS ONE of the most notable figures of the KMT, as a KMT arch-reactionary and deep Blue ideologue never willing to shy away from controversy. Tsai is a former legislator before he gave that up to become director of the Central Policy Committee of the KMT and party spokesman, as well as having previously served as campaign manager for Sean Lien’s run for Taipei mayor.

During his tenure as legislator, Tsai was probably the most hated KMT legislator by members of Taiwanese civil society, as the central target of the Appendectomy Project to recall KMT legislators seen as politically corrupt. Despite surviving this referendum, such resistance may be in part for this reason that Tsai gave up running as a legislator again to serve as director of the Central Policy Committee, although it was also speculated that Tsai may have been gearing up for a 2018 run for Taipei mayor. As director of the Central Policy Committee, Tsai was a close associate of Hung Hsiu-Chu, frequently acting as her attack dog, defending attempts by Hung to rig party chair elections in her favor when this proved controversial even within the KMT. 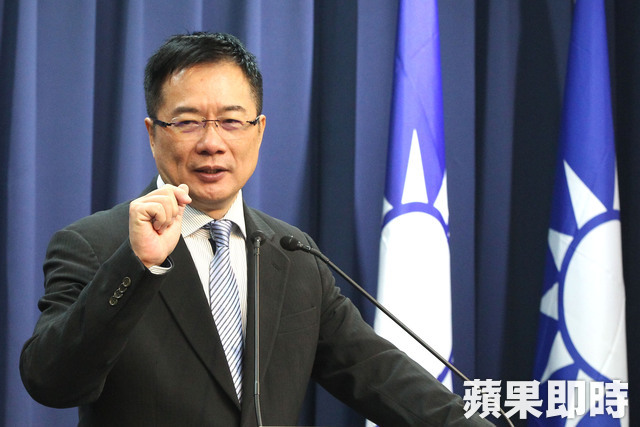 In examining past statements and actions by Tsai, it is not too surprising why Tsai would come to be so reviled by Taiwanese civil society. In a bizarre incident, shortly after the Sunflower Movement in April 2014, while anti-nuclear demonstrators tried to block Tsai’s car from leaving the Legislative Yuan, Tsai drove off with a protester stuck on the windshield of his car for several kilometers, apparently refusing to stop, and ramming into another car in the process of doing so.

Likewise, Tsai is known for his stridently unapologetic deep Blue and pro-China views, including referring to Chiang Kai-Shek as a “respected veteran” and stating that despite Chiang’s involvement in the 228 Massacre and White Terror, KMT members should continue to resolutely defend Chiang’s contributions to Taiwan, and not “just to pander to Taiwanese independence advocates or bereaved families of the 228 Incident.” Tsai is also accused of attempting to use the Hung Su-Chu Incident to stir up interracial tensions in Taiwan for political gain by directing KMT party members to use the incident as political ammunition as much as possible.

Consequently, it may not be too surprising that Alex Tsai was a strong proponent of Hung Hsiu-Chu’s to supersede the 1992 Consensus’ “One China, two interpretations” with something she referred to as “One China, same interpretation,” claiming support within the party for this, and drew controversy for sharing Chinese articles demanding the immediate unification of Taiwan and China under Chinese rule on social media. In line with his generally reactionary stances, Tsai has also called Tsai Ing-Wen’s push for gay marriage as the attempt of “DPP authoritarian rule” to realize the “abolishment of the heterosexual marriage institution”, referred to Tsai Ing-Wen as “99 percent homosexual-oriented”, and otherwise denigrated gay marriage as unnatural.

But accusations of corruption against Tsai are particularly ironic given that Tsai drew controversy in the past for defending land the Lien family from accusations that the family had embezzlement public assets valued at 200 billion NTD from Taipei Jen Chi Hospital, after the hospital was taken over by the Lien family following Japanese colonial rule. This would be something which make Taipei Jen Chi Hospital something else which would fall under the purview of illicit KMT party assets, but Tsai simply claimed political persecution by the DPP and the pan-Green political camp, as well as that some were simply envious of the Lien family’s wealth. So, too, perhaps, with Tsai’s embezzlement of funds from formerly state-owned CMPC.

Likewise, during 2016 elections, Tsai accused then-DPP presidential candidate Tsai Ing-Wen of having received 450 million NT in illicit donations from Huang Fang-yen, Chen Shui-Bian’s physician. Tsai also accused Tsai Ing-Wen of having improper financial ties biotechnological company Yu Chang Biologics, something which also involved an incident in which Tsai called leading Taiwanese HIV researcher Dr. David Ho of being a pimp, and which some see as highly damaging to Taiwan’s biotechnical industry because of the scandal it caused for leading biotechnical companies. If Tsai proves guilty of embezzlement, this would be ironic given such past accusations by Tsai. 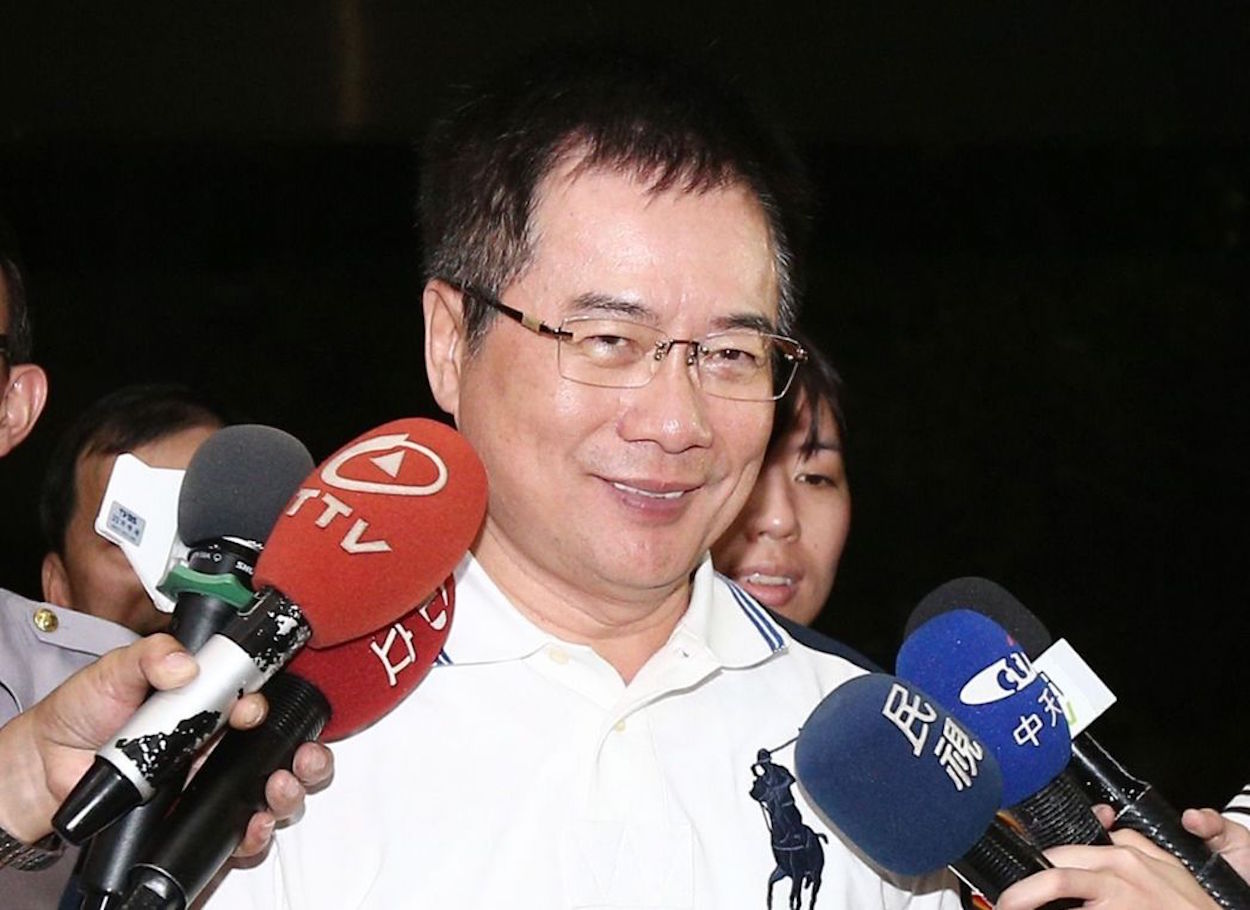 Given Tsai’s background, views, and actions, he is perhaps an archetypical example of the “Black Gold” politics of KMT financial corruption involving illicit party assets, formerly state-owned institutions, and widespread graft and nepotism by KMT politicians, if not its most definitive example in the present. Unsurprisingly, allies of Tsai such as Hung Hsiu-Chu have attempted to defend him by claiming that legal action against Tsai is merely political persecution by the DPP conducted under the flag of its targeting of illicit KMT party assets. Although it is possible that Tsai will simply shrug this off and continue his political career as though nothing happened, as occurred following the scandal regarding the 170 million NTD he was already forced to return last year, this seems like hitching one’s wagons to the entirely wrong horse if the KMT is to find any way of breaking free of its image of internal corruption.

The taint on the KMT from its attempts to defend Tsai would probably be considerable and, if the DPP is smart, it will attempt to use Tsai as an example to prove that its targeting of KMT party assets is far from political persecution, but that high-ranking members of the KMT such as Tsai are corrupt, indicating how graft within the KMT is deeply rooted. We shall see as to whether the DPP is able to accomplish this.