THE APPARENT SUICIDE of Kaohsiung city council speaker Hsu Kun-yuan on the same day as Kaohsiung mayor Han Kuo-yu was successfully recalled has quickly become used as political ammunition by the KMT against political opponents. A number of recall campaigns against supporters of Han’s recall have been launched by members of the pan-Blue camp.

Hsu and Han were both members of the KMT, with Hsu having been a strong backer of Han in Kaohsiung. Hsu fell to his death on June 6th, falling from the seventeenth floor of the apartment building where he lived.

It is unclear as to why Hsu died, though Hsu’s death is widely thought to have been a suicide. Some have connected Hsu’s death to the defeat of Han in the recall several hours earlier, noting that Facebook posts by Hsu in past days had primarily been about the need to support Han Kuo-yu. Others have noted that Hsu had been ill for some time, speculated that Hsu may have had debts, or alleged that Hsu’s death could have been the result of organized crime ties.

It should not be surprising that the KMT has leveraged on Hsu’s death in order to attack the pan-Green camp, however. Although party chair Johnny Chiang emphasized that he would seek to change the party’s pro-China image, try to win back young people, and rise above partisan mudslinging, Chiang quickly accused the DPP of engaging in harassment using its “Internet cyberarmy”, and claimed that this was what resulted in Hsu Kun-yuan’s death.

The claim by the KMT that the DPP uses an “Internet cyberarmy” to conduct online harassment seems to be an increasingly frequent one. In late 2019, the KMT accused the DPP of having caused the 2018 suicide of diplomat Su Chi-cheng because of the actions of its “Internet cyberarmy” and online influencer Slow Yang. 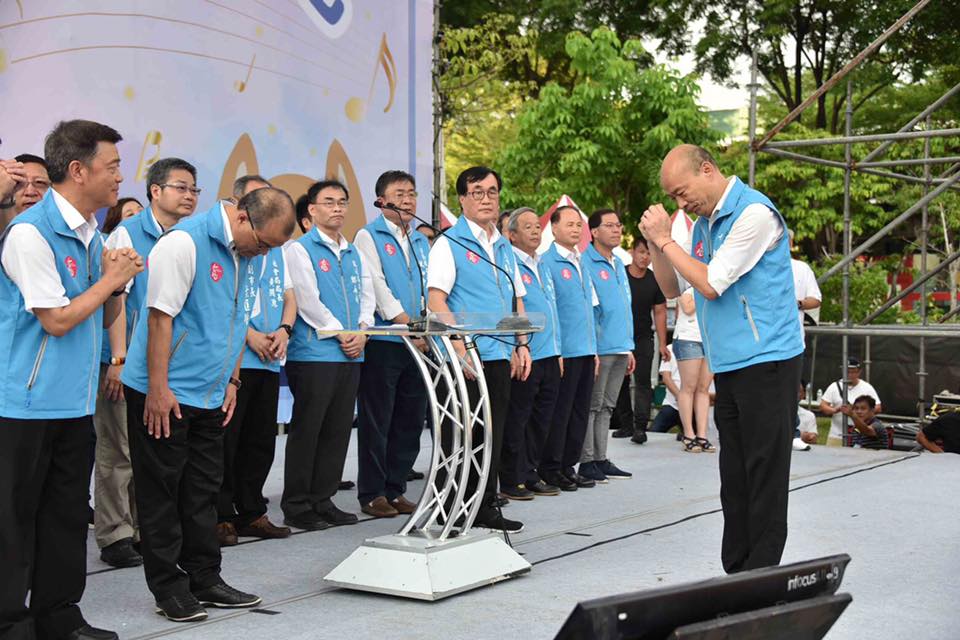 Han Kuo-yu during a farewell concert held for him after his defeat in the recall vote earlier this month. Photo credit: Han Kuo-yu/Facebook

Su killed himself after online criticisms of Taiwan’s representative office in Osaka for its handling of the evacuation of Taiwanese in Japan affected by an earthquake and tsunami. But the accusation that a DPP “cyberarmy” had caused Su’s death seemed to be an attempt by the KMT to reverse accusations that the criticisms of the representative office came from Chinese disinformation attempts aimed at making the Tsai administration look bad and depicting the KMT in a positive light. More generally, the KMT has demonstrated a pattern in the past year of accusing the DPP of using an “Internet cyberarmy” as a way to deflect criticisms that it is aided by Chinese disinformation efforts, as well as using this a means to allege that political victories by the pan-Green camp are the result of illegitimate political manipulation.

Seeing as some in the pan-Blue camp blame the death of Hsu Kun-yuan on the pan-Green camp for successfully recalling Han, it is also probable that Chiang has sought to purposefully direct that anger toward the pan-Green camp. Already facing backlash from party traditionalists because of his calls for reform, Chiang likely hopes to avoid accusations that Han was not given enough support by the party leadership in fighting off the recall vote.

Following Hsu’s death and Han’s recall, supporters of the KMT have reacted with outrage against pan-Green politicians, then. City councilor Wang Hao-yu of the DPP saw 200 demonstrate outside his office in Taoyuan last Monday because of a Facebook post by Wang. Wang, who is generally known for his incendiary rhetoric, joked that Hsu had leapt to his death out of loyalty to the defeated Han Kuo-yu. Likewise, Taipei city councilor Liang Wen-chieh also saw fifty individuals demonstrate outside of offices because of a Facebook post speculating whether Hsu had killed himself because of gambling debts, though Liang later deleted and apologized for the post. Some protesters were forcibly removed by police. 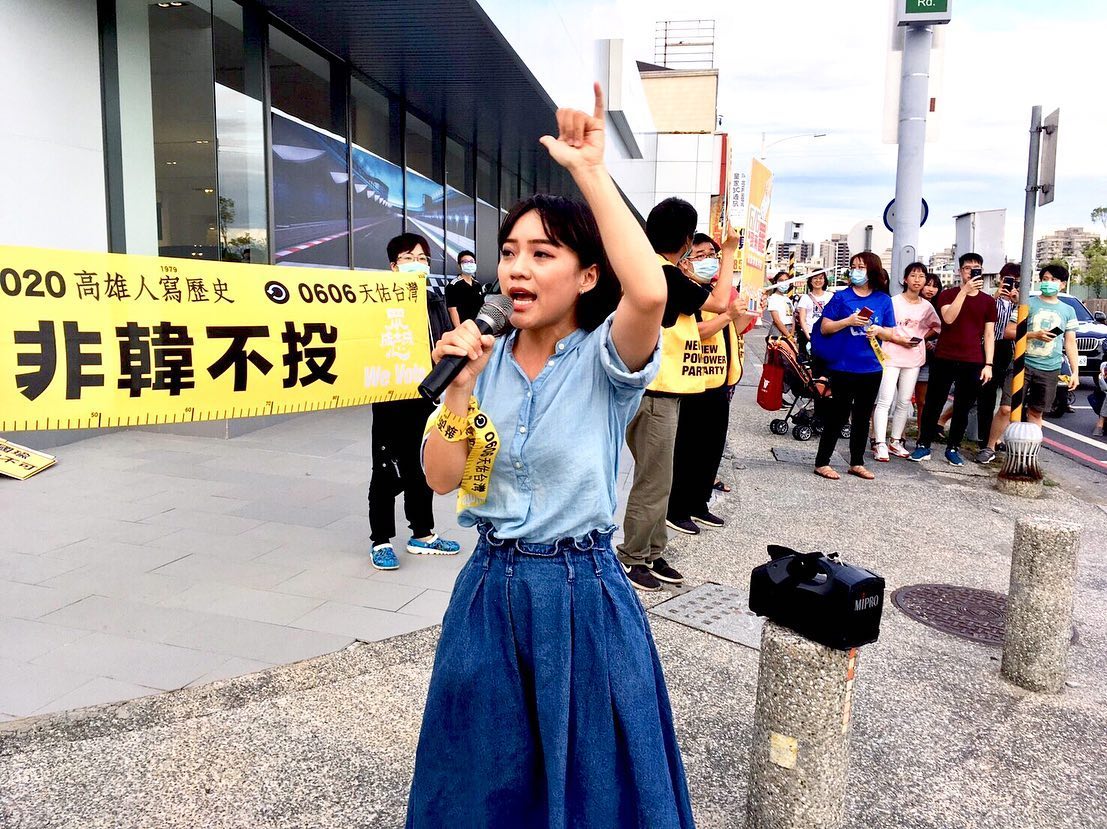 Some recall campaigns have also been launched against pan-Green politicians. Chen Po-wei of the Taiwan Statebuilding Party, which played a large role in organizing the recall vote against Han, now faces a recall vote organized by the New Party. Huang Jie of the NPP, who became well-known for sharply questioning Han during city council sessions, also faces a recall vote, as does Wang Hao-yu.

A number of pan-Green politicians, in fact, expressed condolences for Hsu’s death, including Huang Jie. However, it is improbable that members of the KMT will be pacified by their actions, however, with Huang being harassed after visiting Hsu’s funeral.

Notably, WeCare Kaohsiung, the primary organizer of the recall vote against Han, stated in a press conference after Han’s recall that they hoped that partisan divisions in Kaohsiung, as well as Taiwan as a whole, could be healed after the recall. WeCare Kaohsiung spokespersons criticized Han for being a politician that leveraged upon sharp partisan divides for his political gain. 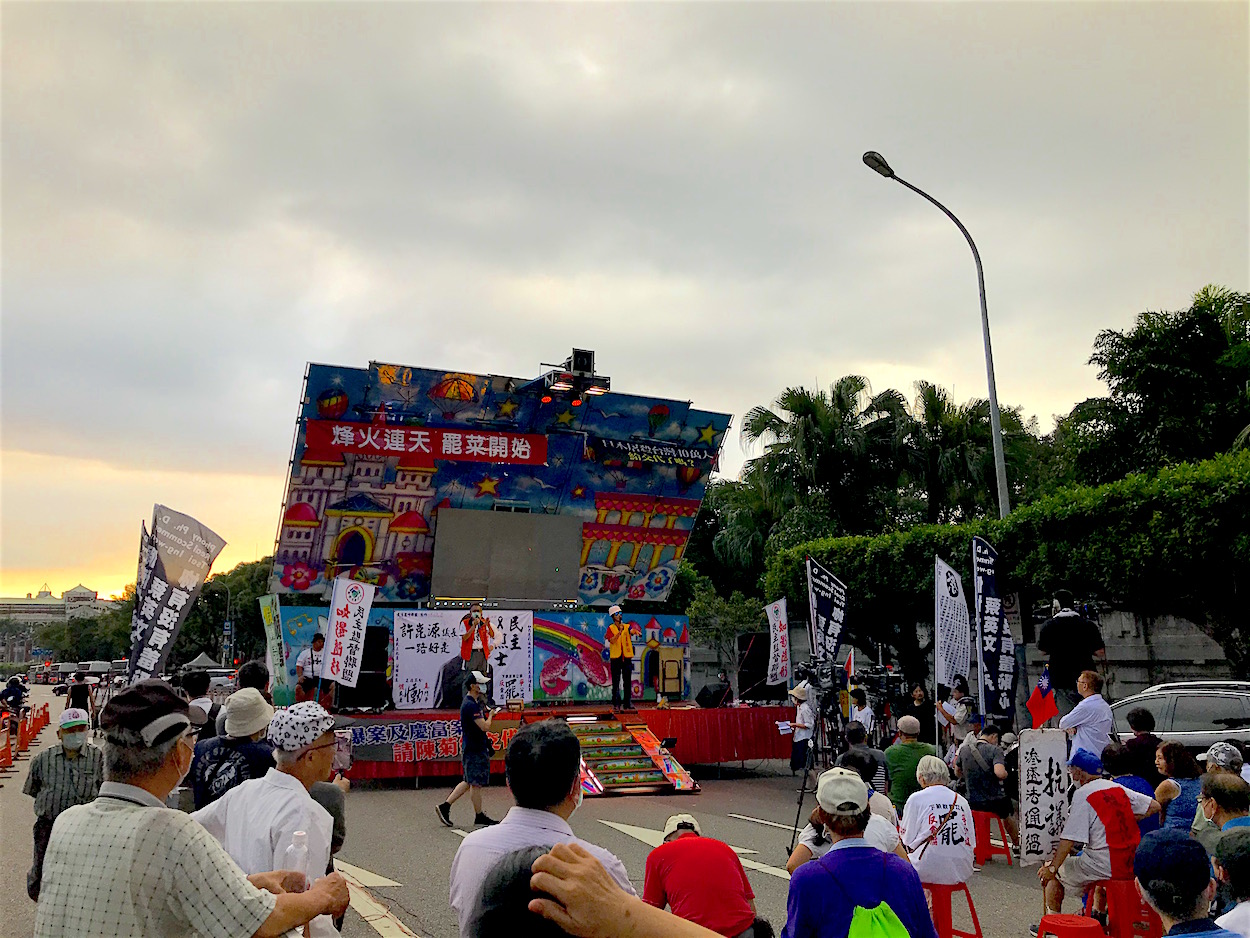 But one expects Taiwanese society to remain highly divided. In particular, groups that sought to protest pan-Green politicians for perceived slights against the deceased Hsu were strong supporters of Han which originally organized in opposition to the Tsai administration’s pension reforms, such as the Blue Sky Action Alliance and the Chinese Concentric Patriotism Alliance, and they may continue to be loyal to Han. The penchant of such groups for violent protest, as observed in demonstrations after Hsu’s death and many previous incidents, is likely to continue. Such groups, along with former gangster Chang An-lo’s China Unification Promotion Party, demonstrated last Saturday on Ketagalan Boulevard calling for Tsai to be recalled.

Indeed, these groups are also likely to pressure the current KMT leadership if it attempts to steer a more moderate political course, which may be why Chiang has not sought to rein members of the pan-Blue camp in, but generally abetted their actions. It is another question as to whether any of the recall campaigns launched by the pan-Blue camp against pan-Green politicians will be successful. But consequently, even if Han was successfully recalled earlier this month, in the wake of Hsu’s death, one can expect the sharp political rhetoric against opponents that Han introduced to the KMT to stay.