Are Progressive Civil Society Outgunned By The KMT And Anti-Gay Groups In Referendum Efforts?

THE REFERENDUM will soon become a highly contested political battleground in Taiwan, with a number of ongoing referendum initiatives likely to qualify for making it onto the ballot in 2018 elections, At this juncture, one can also venture a number of preliminary observations about what the effects of referendum reform in Taiwan have been.

Amendment of the Referendum Act has long been a demand of progressive Taiwanese activists. For one, it has been a historic demand of the pan-Green camp to use referendums as a means of settling Taiwan’s unresolved issues regarding the ROC framework and questions regarding independence versus unification. It has also long been proposed by members of the pan-Green camp that the referendum could be a way for Taiwan decide whether to continue or stop using nuclear power. Likewise, particularly in the years before the 2014 Sunflower Movement, activists saw the referendum as a means of using the popular vote to check the power of a KMT-controlled executive branch of government during the Ma administration. 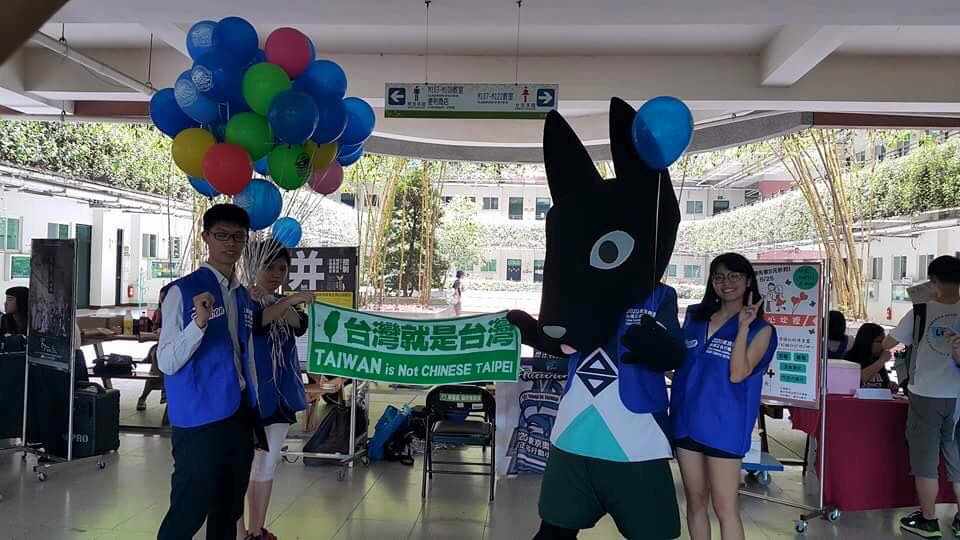 After the successful amendment of the Referendum Act in December 2017, lowering the benchmarks needed to hold a referendum in Taiwan, a number of referendum initiatives have been launched. Four would be launched in the two months immediately after changes to the Referendum Act, including a referendum on controversial changes to the Labor Standards Act pushed for by the DPP, a referendum campaign to change the name Taiwan would participate in the 2020 Olympics under, a referendum to “protect judicial independence and Taiwan’s rule of law”, and a referendum on gay marriage by opponents of marriage equality aiming to overturn the ruling by the Council of Grand Justices in May 2017 that gay marriage must be legalized within two years.

Of these referendums, only the referendum to “protect judicial independence and Taiwan’s rule of law” has faded from public view. All other referendums are still active. 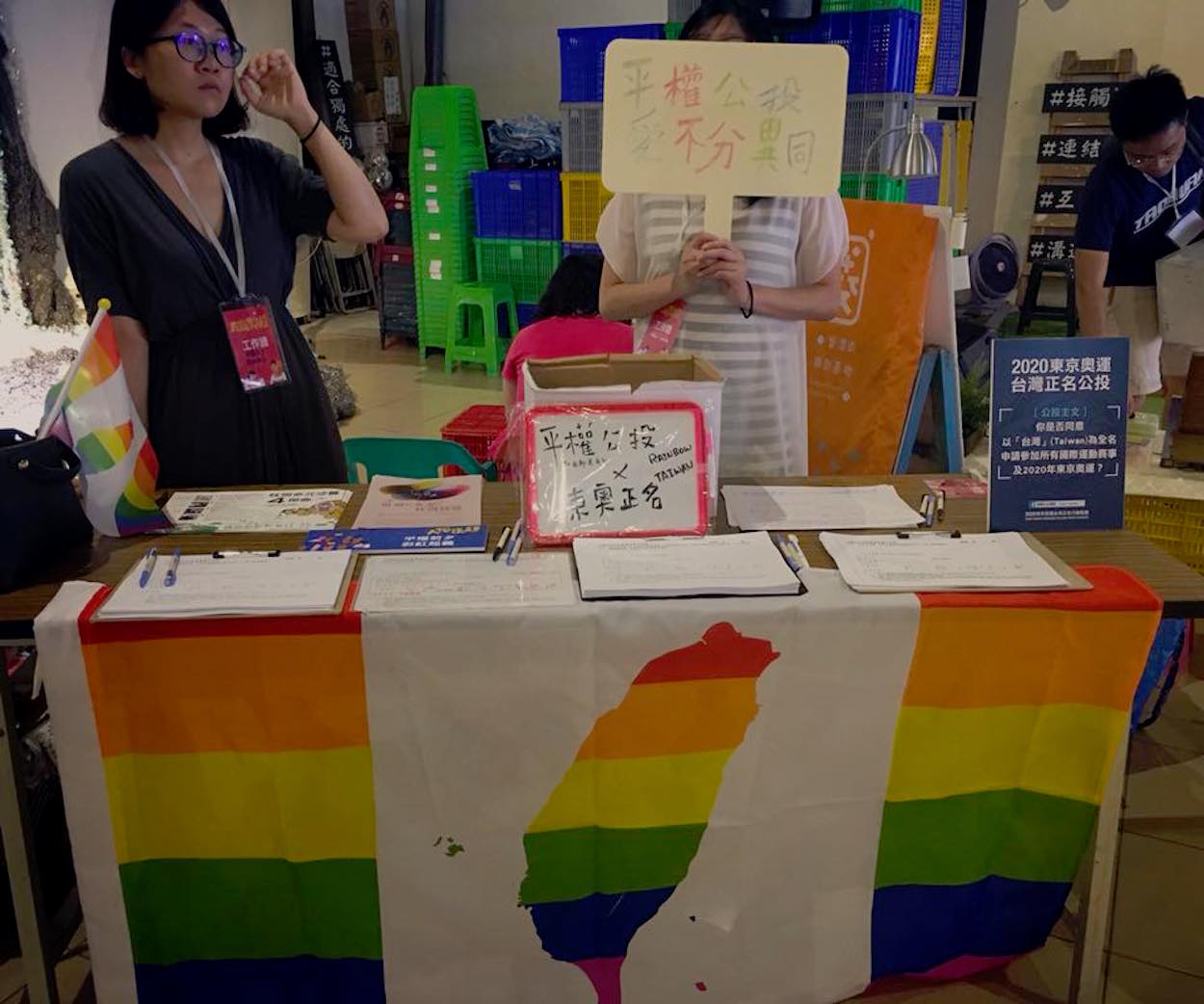 Notably, referendums pushed for by progressive civil society, such as the referendum in favor of gay marriage and to change the name under which Taiwan will participate in the 2020 Tokyo Olympics, have had difficulty reaching the necessary 280,000 or so signatures to clear the benchmarks needed for a referendum to be held. On the other hand, the KMT was able to meet the benchmarks needed for all three of its referendums relatively quickly, and opponents of marriage equality claim that they have close to 2 million signatures, far outnumbering the signatures marriage equality supporters currently have.

Despite that changes to the Referendum Act were aimed at making Taiwan more democratic, in allowing regular voters to have a greater say in government decisions, it may be that conservative social forces simply have greater resources available to them to provide for mobilization.

Although there is probably a sizeable portion of the electorate supportive of pushing for Taiwan’s participation in international events as “Taiwan”, rather than as Chinese Taipei, the Republic of China, or some variant thereof, it was only until this month that efforts to push for a referendum on Taiwan’s participation in international sporting events picked up. This may simply because significant resources were not committed to this referendum before this month. The success of this referendum effort, as well as that of the anti-gay referendum, threw light on lagging efforts to push for a referendum in favor of marriage equality, which in turn allowed led the marriage equality referendum to sharply pick up pace in the past two weeks. 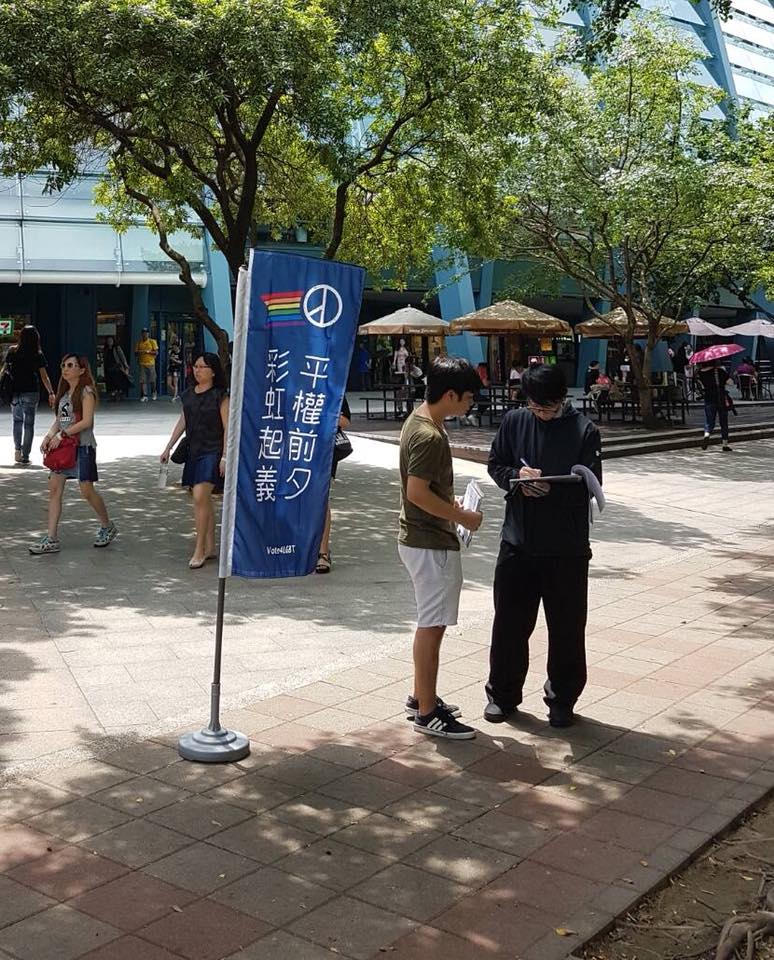 But either way, in the face of a party apparatus such as that of the KMT, such efforts may be outgunned. Put simply, the KMT’s resources for mobilization have also been larger than that of the pan-Green camp, seeing as it is often claimed that the KMT was once the world’s richest political party. Christian anti-gay groups have also demonstrated that they, too, command substantial resources and capacity for mobilization because they are based out of churches, as prominently observed in the attempt to recall NPP legislator Huang Kuo-Chang for his consistent support of gay marriage.

It will further prove a polarizing issue as to how the Central Election Commission (CEC) rules on which referendums to allow and which not to allow. Taiwanese activists were angered when the CEC allowed the anti-gay referendum to continue instead of ruling against it, but it possible that the CEC will block some of the referendum efforts currently pushed for by activists as unconstitutional. With regards to efforts to change the name under which Taiwan participates in the 2020 Tokyo Olympics, this could be blocked as an unconstitutional attempt to change the name of the nation, something not allowed for in recent changes to the Referendum Act. Nevertheless, this remains to be seen.