THE TAICHUNG MAYORAL debate took place on November 15th. This report will focus on the two primary candidates, incumbent Lu Shiow-yen of the KMT and challenger Tsai Chi-chang of the DPP. As with many of the other debates that have been held in the course of the election, there were three rounds. The first round consisted of opening statements, the second round consisted of questions from a panel of experts, and the third round consisted of closing statements.

Tsai Chi-chang spoke first. Tsai stated that in the course of campaigning, he had traveled around much of Taichung. According to Tsai, in the course of this, he often saw signs from Lu vowing to improve Taichung’s air quality, but he stated this campaign promise of Lu’s had clearly not been accomplished. More generally, then, Tsai focused fire on Lu’s failure to accomplish campaign promises. This included a failure to construct a comics museum, promote urban renewal near the Taichung Train Station, and build affordable housing. Tsai also criticized Lu for constantly claiming that he would end insurance for the elderly if elected, though he had emphasized that he would devote more resources to insurance for the elderly in power. 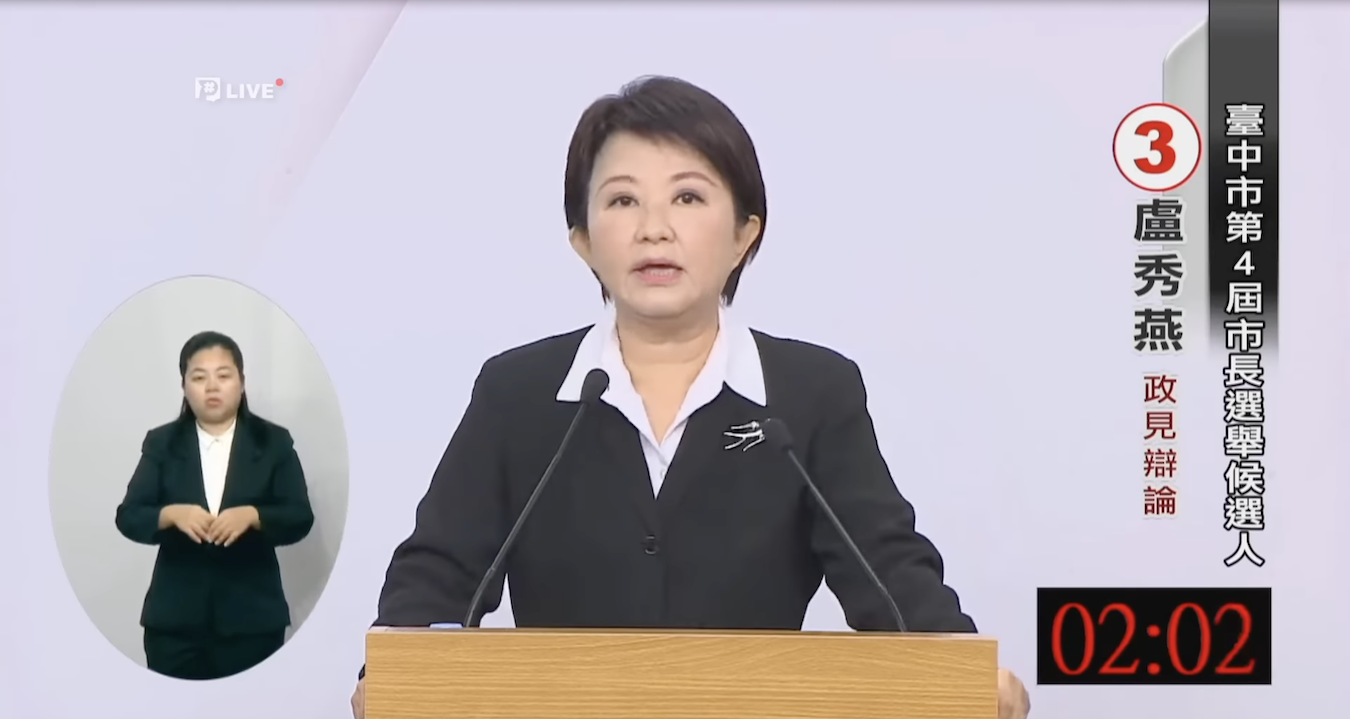 In her comments, quite the opposite, Lu Shiow-yen touted improvements in air quality in Taichung under her tenure. Lu stated that air quality across Taiwan continues to be poor, but emphasized that Taichung has set records for improved air quality. Furthermore, Lu touted economic growth and investment in Taichung and emphasized transparency in government regarding MOUs that Taichung has signed or public hearings held. Lu brought up childcare facilities and lashed out at her DPP predecessor, Lin Chia-lung, for eliminating insurance for the elderly.

To this extent, Lu cited media reports from domestic Taiwanese media that suggested her governance in Taichung was best among cities in Taiwan. Lu attacked Tsai over what she claimed was his lack of regard to issues of crime.

In the second round, the candidates were asked about policies to grow Taichung’s economy, as well as to address demographic issues facing Taichung with regard to the rising elderly population, and to assist youth who are not able to afford homes, or to have children.

Tsai responded by attacking Lu again over the issue of Taichung’s air quality. Tsai commented that Taichung’s air pollution sometimes was due to pollution from China, as a result of which he attacked the KMT as the pro-China party in Taiwanese politics. Tsai said that he would improve parking in Taichung by rolling out an app. Tsai further stated that he would roll out free lunch programs for children, to reduce costs for young parents, and establish shared offices for young business entrepreneurs.

Lu responded by raising how Taichung provides power for the nation as a whole, but deals with air pollution problems as a result. For Lu, this was a problem that went back to coordination between Taichung and the central government. As such, she pinned blame for Taichung’s air pollution issues on the Tsai administration. Lu stated that she would provide more subsidies for those that have children and commented that Taichung reserved the most social housing for youth out of any city in the country. 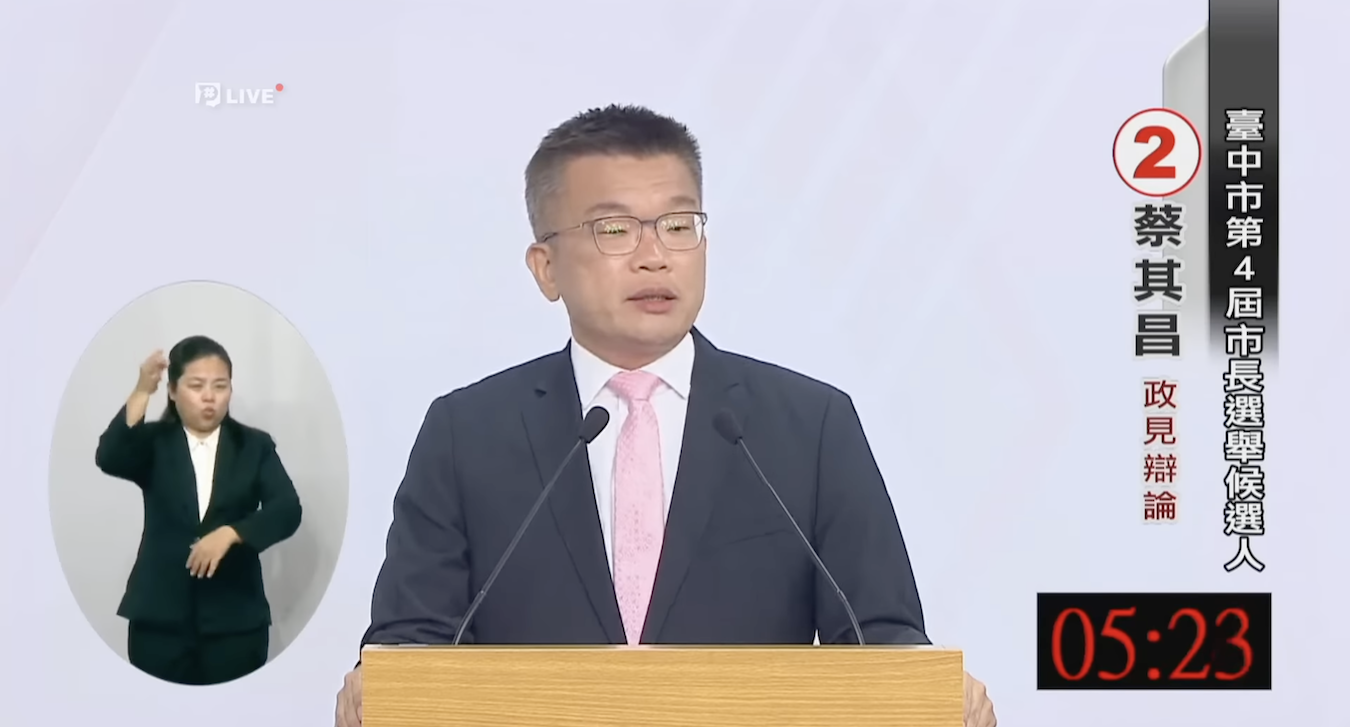 In closing comments, which were delivered entirely in Taiwanese Hokkien, Tsai cited statistics showing a decline in Taichung under Lu’s leadership. Tsai vowed to provide more effective leadership and to address power issues facing Taichung, as well as to improve transportation and provide more social housing.

Lu’s closing comments were in a mixture of Taiwanese Hokkien and Mandarin. Lu stated that proposing policy on the Internet was very different from implementing policy. Lu touted how her policies were already being implemented, then returned to the idea of Tsai canceling insurance for the elderly, and cited how she was referred to as a mother by residents of Taichung.

With Lu proving a popular mayor, it is generally expected that the KMT will be able to retain control of Taichung. At the same time, it is to be seen to what extent Tsai’s challenge is viable, as a measure of the pan-Green camp’s viability in Taichung. More recently, Tsai has accused Lu of harboring presidential ambitions, suggesting that like former Kaohsiung mayor Han Kuo-yu, she will eventually abandon Taichung in order to run for president.