Referendum Changes A Step Forward For Democratic Experimentalism In Taiwan?

WITH THE PASSAGE of amendments to the Referendum Act, celebrations have broken out from some of Taiwan’s post-Sunflower Movement activists with the view that this accomplishes a longstanding demand of activists to lower the benchmarks needed to hold public referendums in Taiwan. However, the implications of these changes remain to be seen.

Firstly, amendments to the Referendum Act also lower the voting age from 20 to 18. The voting age in Taiwan was previously set at 20, an unusually high age given that 90% of 190 countries have a voting age of 18. There are approximately 200 countries in the world and so Taiwan’s high voting age made it an outlier, but many have speculated in the past that prohibitively high voting ages was because the KMT feared the youth vote in Taiwan. As such, lowering the voting age has been a longstanding demand of Taiwanese civil society. 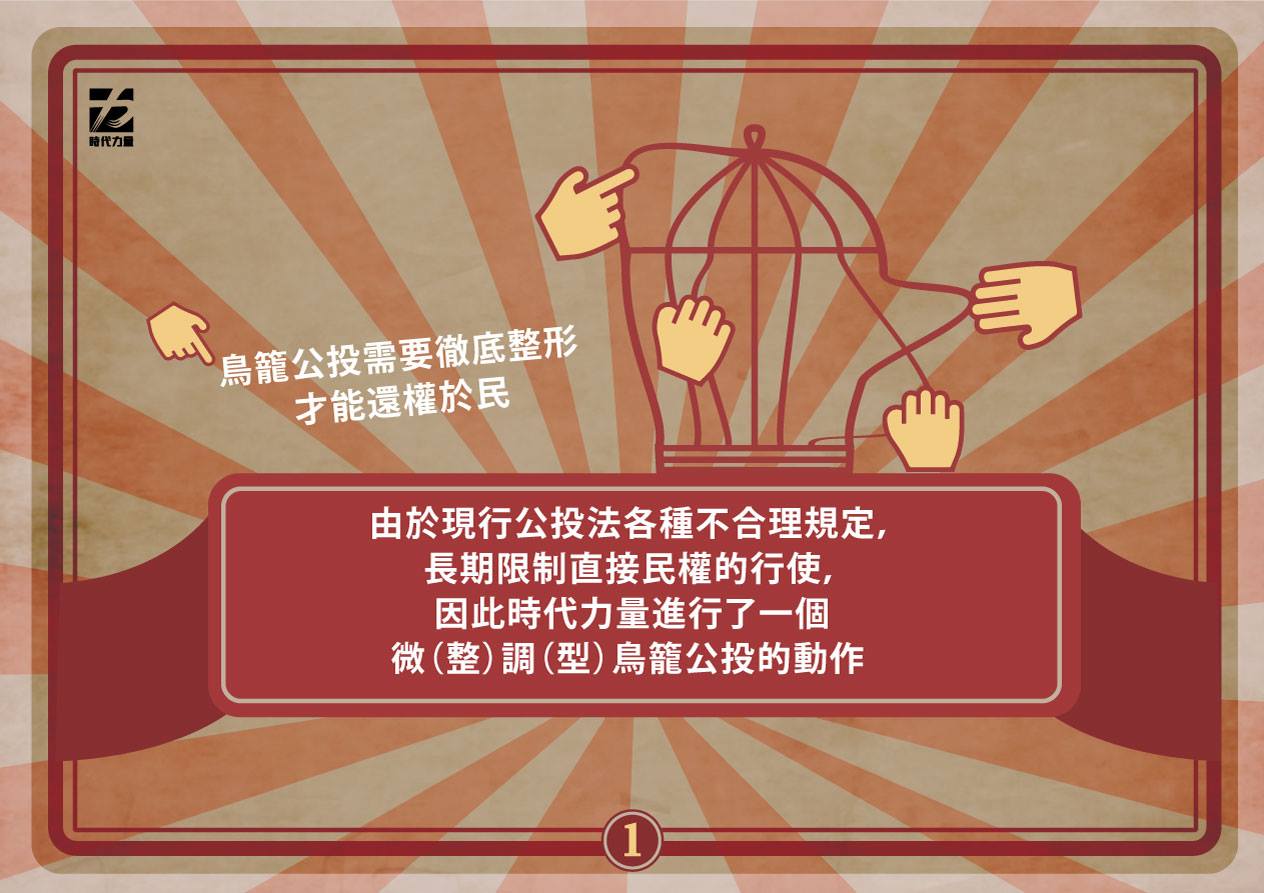 Taiwanese civil society has long called for a lowering of the benchmarks needed for public referendums that were viewed as overly restrictive, something referred to as the “Birdcage Referendum Act.” This was seen as a way to settle longstanding issues confronting Taiwan as a whole, such as the issue of nuclear power or the question of Taiwanese independence/unification. Groups that have called for reform of the Referendum Act include older generation groups such as the Alliance of Referendum for Taiwan, which later became the Free Taiwan Party, and the People Rule Foundation, founded by former DPP chair Lin Yi-Hsiung. This demand for referendum reform has also been echoed by youth activists, however, as observed in the New Power Party’s advocacy of referendum reform within legislature. It would be this large social push towards referendum reform that eventually allowed changes to the Referendum Act to be passed as bipartisan issue, seeing as these acts were passed with the support of the DPP, KMT, and PFP caucuses.

The effects of changes to the Referendum Act on Taiwanese politics could be wide-ranging. For example, it is possible that with the lowering of benchmarks social and political actors will call for referendum on other issues which were not seen as needing to be settled by referendum, such as planned changes to the Labor Standards Act which have been controversial, but which the Tsai administration is intent on pushing through.

Likewise, passage of the Referendum Act could stand to have large-ranging effects on the dynamics of Taiwanese politics. Public dissatisfaction against the government tends to rise when it is increasingly thought by the public that neither the executive branch nor legislative branches of government are heeding the will of the people, even after being put into power by popular vote, leading to the outbreak of waves of protests. During the past Chen and Ma, this led to both administrations seeing heavy protest during their tenure, and we presently see rising protest against the Tsai administration. It may be that distrust of the executive and legislative branches of government is widespread in Taiwanese society, as a product of Taiwan’s past authoritarian period, and that an unpopular government is a characteristic of Taiwanese democracy. 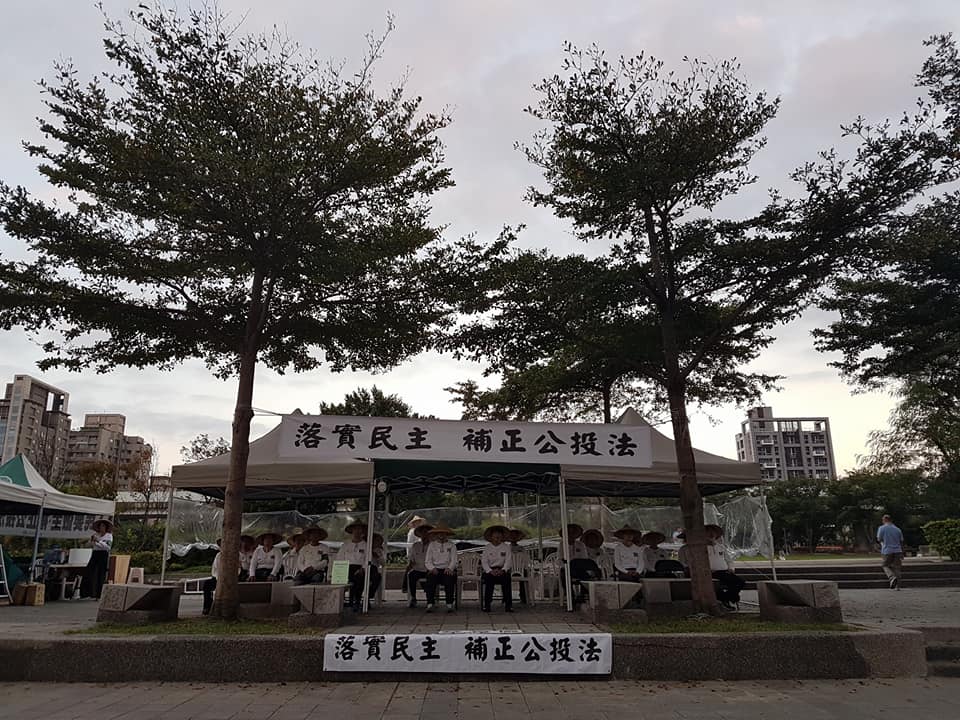 Members of the People Rule Foundation, founded by former DPP chair Lin Yi-Hsiung, on hunger strike in support of changes to the Referendum Act outside DPP headquarters. Photo credit: 人民作主教育基金會

Yet if referendum is more easily deployed as a form of more direct democracy in which the people can circumvent an executive and legislative branch recalcitrant on following through on election promises, this could allow for the public to have an easier means of expressing its dissatisfaction with politicians than through street protests. As such, while referendum is seen by some as potentially destabilizing of representative forms of government, along with popular protest, this could lead to the “stabilization”, in some sense, of the political system in Taiwan, as providing the people with a means of check and balance over the government which does not require forceful street protests.

On the other hand, referendum will no doubt also be employed as a tool for political deflection by politicians in the future. That is, referendum can allow the people a strong way to assert their continued support or opposition to an issue when a politician that the people have voted into power on the basis of their position on that issue proves unwilling to follow through. However, politicians can also call for referendums on an issue they were voted into power on the basis of supporting but do not actually want to follow through on, with the view that this referendum will likely not succeed.

One has seen similarly in other contexts in which nationwide referendums were held, such as Australia’s recent non-binding referendum on gay marriage—actually a tarrying mechanism by a government elected into power with the position of supporting gay marriage as a means of placating conservatives within the Australian Liberal Party, despite that this once again confirmed that the majority of Australians support gay marriage. Much the same took place in Greece in 2015, with Syriza calling for a referendum to vote on precisely the same issues it had been elected into power on the basis of, after it proved hesitant to follow through on the platform it had been elected on. Obviously, this would be an enormous waste of public resources, but such are the ways of politicians.

It also needs to be remembered that in general, a recalcitrant government could always refuse to follow through on enacting what is passed by a referendum and that under some circumstances, this will not in fact provoke protest by the people in response. For example, campaigning in support of or against a referendum could in fact prove exhausting for a movement, and after the referendum, the energy of the movement may be spent in a manner that does not allow for protest to call a government to accountability in enacting the results of the referendum. 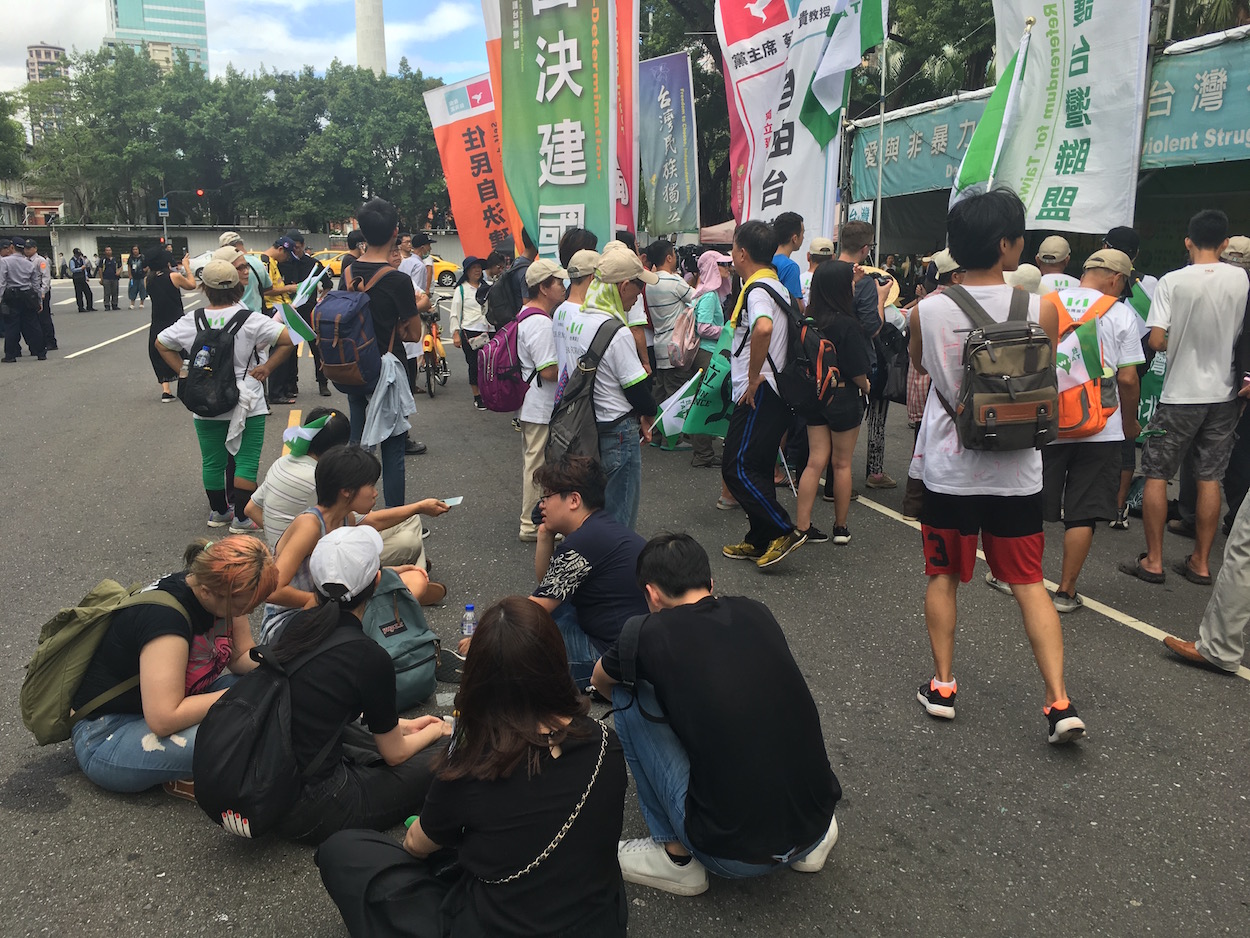 Demonstrators by the occupation tent maintained outside the Legislative Yuan by the Alliance of Referendum for Taiwan, which later formed the Free Taiwan Party, in order to call for referendum reform in Taiwan. Photo credit: Brian Hioe

Furthermore, there is also the possibility that new benchmarks for referendum prove too low, allowing for changes back and forth on laws in a manner ultimately destabilizing to Taiwanese politics. Or that, as with the current recall vote facing NPP legislator Huang Kuo-Chang, lower benchmarks for referendum actually make it easier for conservative political actors to shift society in a rightwards direction.

Indeed, while referendum should in theory allow for government to more directly reflect the will of the Taiwanese public, it may be that the Taiwanese public proves far more conservative than the mostly progressive political actors that have called for referendum have realized to date, or that the ability of conservative political forces to outmobilize progressive activists allows them to use referendum as a tool to their advantage, rather than that of progressives. For example, the Protect the Family Alliance and other conservative groups opposed to gay marriage has in the past called for a referendum on same-sex marriage, likely with the view that it could in fact possibly win a referendum against gay marriage.

Yet such would be the dangers and hazards of democracy. Such dangers come part and parcel with any attempt to realize a government system which reflects the will of the people, unless one wishes to advocate for enlightened despotism. In that respect, in continuing to place one’s faith in democracy, one can perhaps only have faith in the people, and to continue to push for progressive changes among the people with the belief that the people will come to realize that progressive changes are in their own self-interest. To have faith in democracy requires a leap in faith, then, perhaps.

In general, with the call for lowering of benchmarks for referendum and the call for lowering the benchmarks for recall of elected politicians, or experiments as the NPP’s Internet-based nomination system for political candidates, one observes the aspiration to realizing a form of government perhaps closer to direct democracy rather than representative democracy in Taiwan. It may be that past decades of authoritarian governance, which always justified itself in the name of representative democracy, as well as political corruption in elections as in the phenomenon of vote-buying, has led to a lack of faith in elected politicians to accurately reflect the will of the people that put them in power in Taiwan, and demands for means of political representation more directly of the people even if the ever-present possibility of referendums and recalls—even if this means that Taiwanese democracy will appear to be much more fluid and much less structurally stable to western political scientists and others. 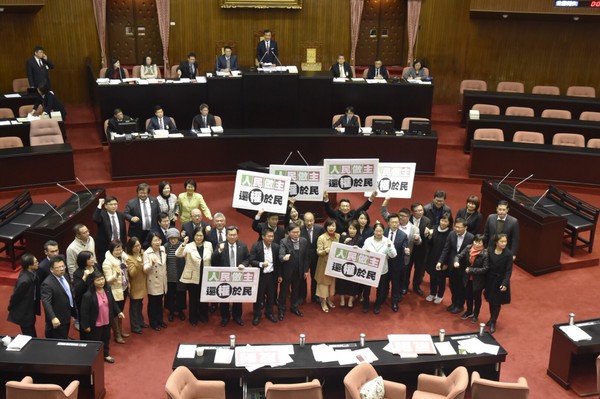 More directly, though enacted in its previous form in 2003, the fact that the Referendum Act drew on precedent in the ROC constitution for direct referendum harks back to the fact that there was much more room for political experimentalism in early 20th century Asia when western ideas about constitutionalism and democracy were being imported into Asia for the first time through translation, and attempts were made in Asia to develop alternative democratic models to western democracy. The early twentieth century was the age in which grand utopian political projects were still very much alive, after all, before such possibilities were snuffed out by the long twentieth century. Despite the fact that the importation of the ROC constitution into Taiwan after the KMT came to Taiwan would literally attempting force the constitution of a different, significantly larger country onto Taiwan and expecting this to work smoothly, perhaps the provision for referendum has unexpectedly kept alive this spark of utopianism.

Such aspirations make Taiwan perhaps unique, as an experiment in a more direct form of democracy than many western models. Indeed, “radical democracy” was an avowed aspiration of many Sunflower Movement activists, a notion that developed out of the Radical Notes journal based in National Tsing Hua University which was an incubator for many of the later leaders of the Sunflower Movement including Chen Wei-Ting and Wei Yang, primarily composed of sociology graduate students, and one of the most prominent student activist groups in Taiwan prior to the Sunflower Movement. Perhaps with passage of changes to the Referendum Act, Taiwan has taken a step closer to realizing “radical democracy”. But whether Taiwan can demonstrate this model as a viable one to the world remains to be seen.