Different Treatment Of Protest Encampments Outside The Legislative Yuan By Ko?

TAIPEI MAYOR Ko Wen-je continues to come under fire for the eviction of protest occupations around the Legislative Yuan. However, Ko is accused of selective policing practices in evicting occupation encampments with closer ties to pro-Taiwan civil society while allowing pan-Blue occupations to remain.

The dismantlement of the Alliance of Referendum for Taiwan/Free Taiwan Party’s (ART/FTP) occupation outside of the Legislative Yuan calling for a referendum on Taiwanese independence would prove particularly shocking, seeing as the occupation encampment has been allowed to stand outside the Legislative Yuan for over ten years. Likewise, the ART/FTP has recently suffered a number of violent attacks from members of the pan-Blue camp, including an attack on the encampment by the “800 Heroes,” a nearby anti-pension reform occupation, and a physical attack on ART/FTP convenor Tsay Ting-Kuei at a press conference. 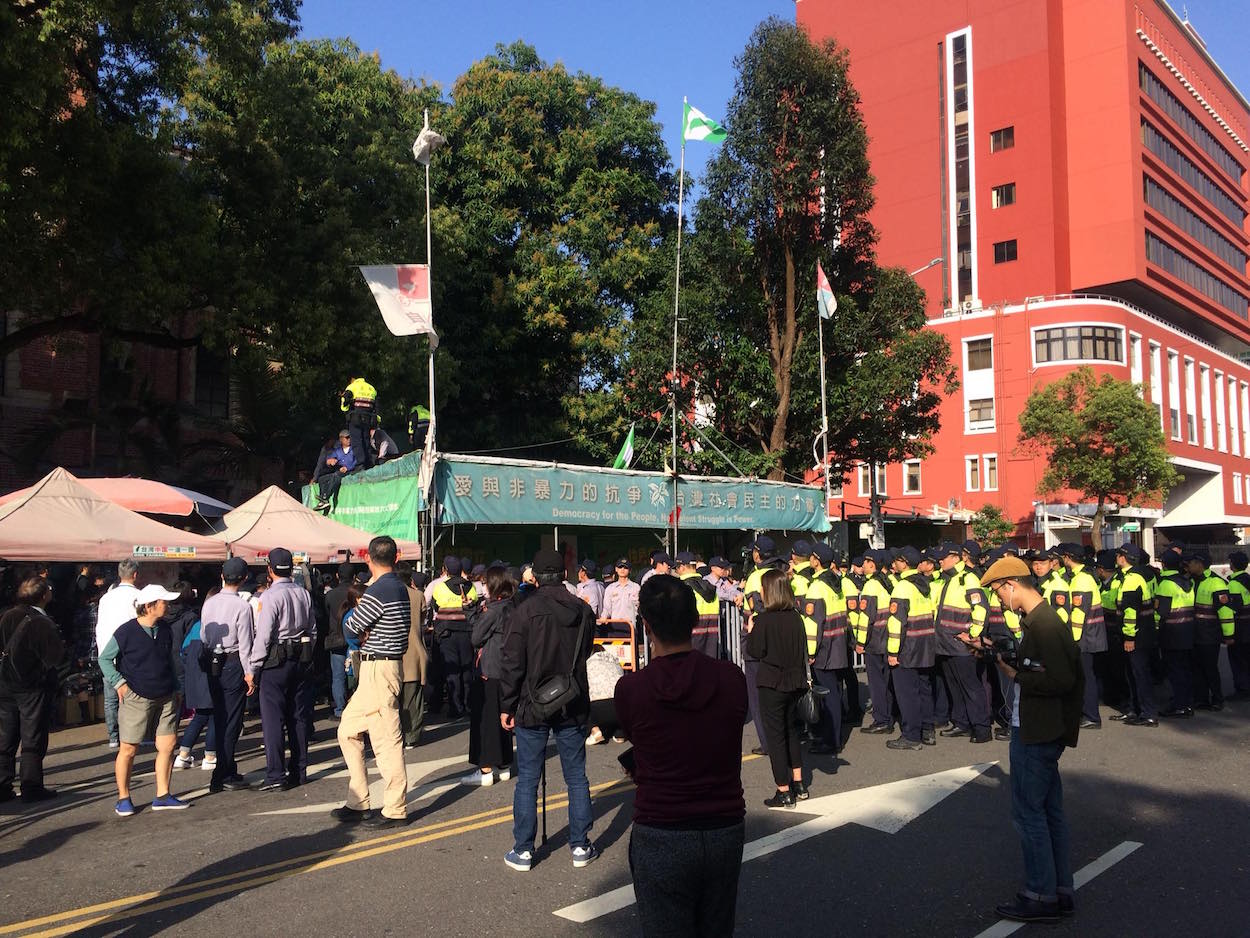 Tsay has accused Ko’s actions of being politically motivated, seeing as Tsay recently declared that he intended to compete with Ko in 2018 Taipei mayoral elections. This would be an adjustment of positions by Tsay, seeing as while the ART/FTP has fielded candidates in the past, Tsay himself usually refrained from running for office. 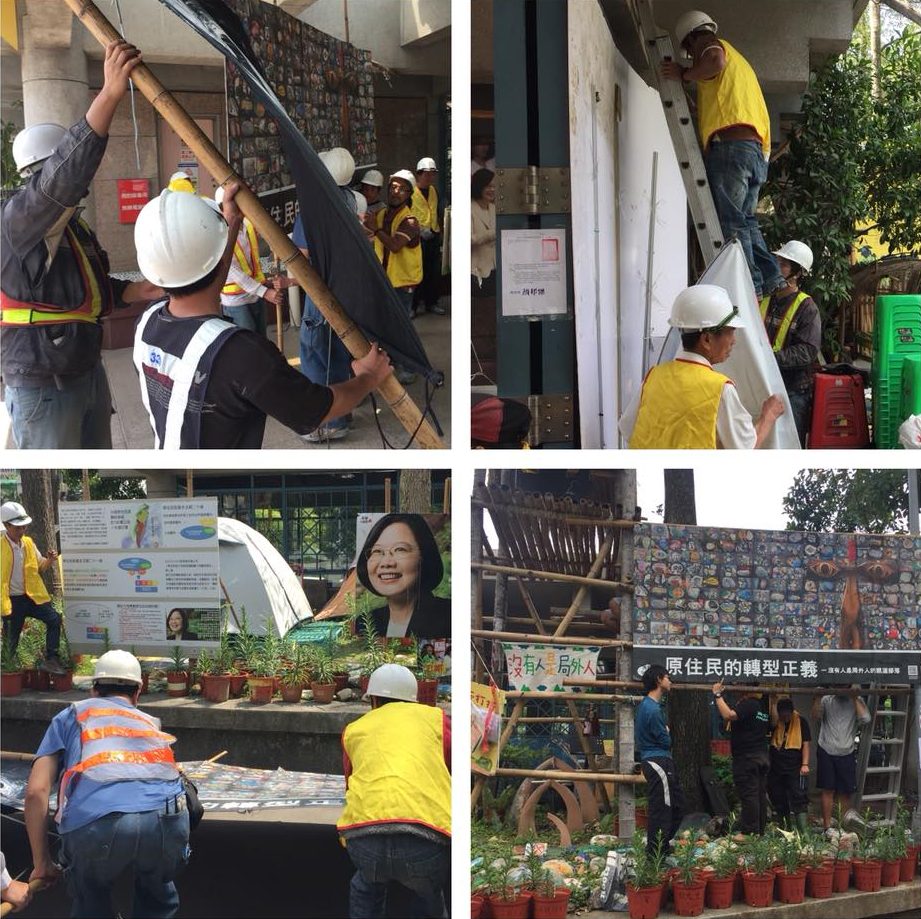 The “800 Heroes” are primarily military veterans demonstrating against the Tsai administration’s planned pension reforms. The “800 Heroes” are demonstrating against the planned pension reforms of the Tsai administration, seeing as the pension system will soon go bankrupt if reforms are not made. Regardless, the “800 Heroes” are upset at the loss of their pensions, given that the KMT paid generous pensions to military personnel, members of the police, public servants, and teachers as a reward for political loyalty during the authoritarian period.

While the Tsai administration has asserted that it does not wish to impoverish veterans—indeed, under new regulations, veterans will still receive more than the average monthly salary in Taiwan through their pensions—this has not prevented anger from veterans. Due to pro-unification views, the “800 Soldiers” have probably are likely angry at the DPP for more than simply pension reforms, which has led to attacks on Taiwanese independence groups, and attempts to storm the Legislative Yuan.

However, it is as such that the “800 Heroes”’ occupation encampment proves decidedly different than the two recently evicted encampments. Their demands have failed to resonate with pro-Taiwan civil society, particularly in consideration of that such veterans were former enforcers of the KMT party-state during the authoritarian period, and because their demands for luxurious pensions impoverish the rest of Taiwanese society.

While the Taipei city government has also suggested that it may evict this encampment, the fact that their encampment has been the only encampment which has not faced eviction threats so far leads to accusation that the Taipei city government may be treating them differently. Taipei mayor Ko Wen-Je may seek to appeal to Taipei voters in 2018 elections by leveraging on the issue, seeing as Taipei voters are usually more conservative and more pan-Blue leaning. 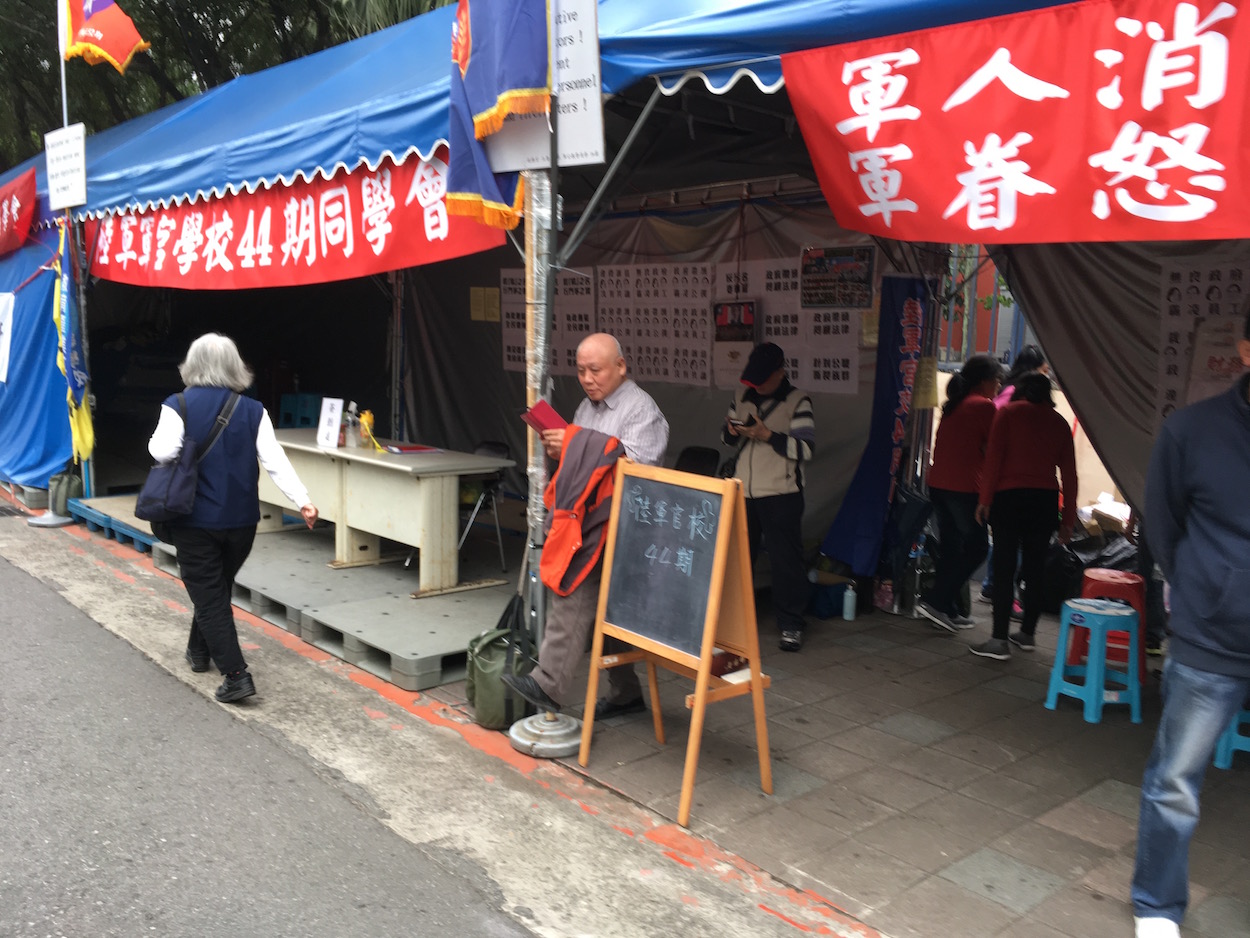 However, this will add to accusations that Ko has proven a political turncoat. Ko road into power in 2014 Taipei mayoral elections with the support of pro-Taiwan civil society and post-Sunflower Movement youth activists, but Ko has since conducted controversial city-level exchanges between Taipei and Shanghai, is accused of allowing pro-unification gangsters willing to use violence against students off the hook, and made public appearances with no less than former killer of political dissidents “White Wolf” Chang An-Lo. Anger against Ko from Taiwanese civil society will continue to grow, then.