ANGER HAS broken out from Taiwanese activists after the forced removal of the Alliance of Referendum for Taiwan/Free Taiwan Party’s (ART/FTP) occupation encampment outside the Legislative Yuan by the Taipei city police. The ART, which later expanded to become the FTP in 2016 elections, has maintained an occupation outside the Legislative Yuan to call for a referendum to be held on Taiwanese independence since 2008, around ten years. It is unusual for police to now take action against the ART/FTP when the occupation encampment has been tolerated for ten years, even under past KMT mayorships which saw harsh policing practices against pro-independence demonstrators, such as under previous Taipei mayor Hau Lung-Bin.

In particular, what has provoked outrage is the fact that the self-proclaimed “800 Heroes”, a group of deep Blue supporters that are mostly former military personnel demonstrating against the Tsai administration’s pension reforms, have been allowed to stay on Jinan Road outside the Legislative Yuan. The “800 Heroes” and other deep Blue groups have notably engaged in violence against the ART/FTP in the past, including tearing apart the ART/FTP occupation encampment and splashing paint on it during an incident on March 7th. A physical attack on ART/FTP convenor Tsay Ting-Kuei at a press conference would follow in the subsequent week on March 10th. 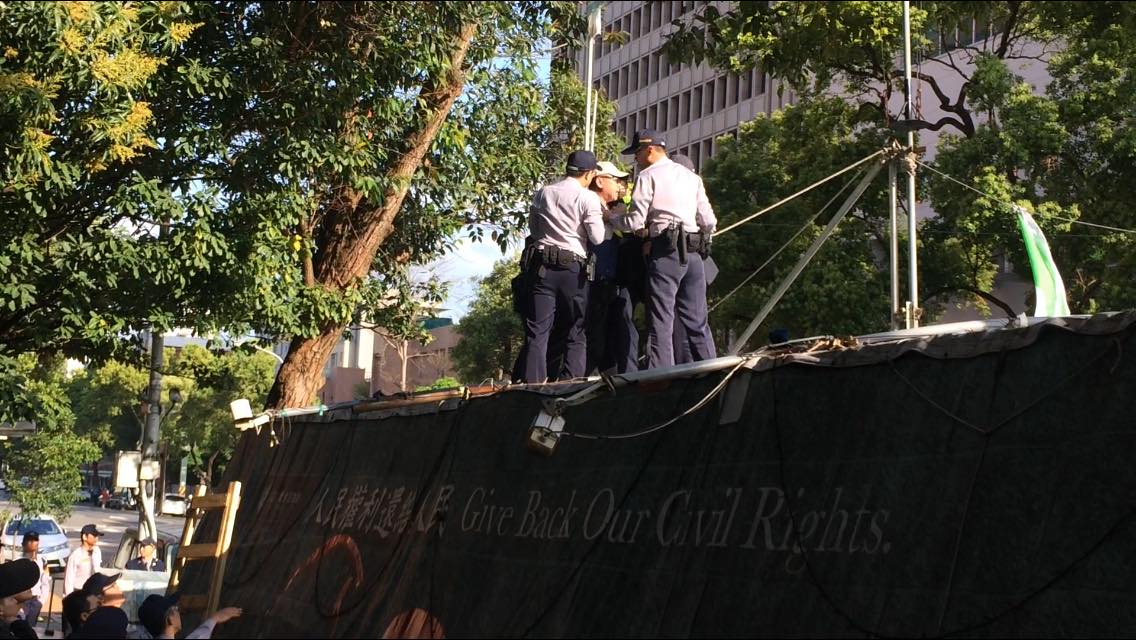 What is notable about such attacks is that the the ART/FTP notably emphasizes nonviolent resistance and ideals of peaceful civil disobedience in its Taiwanese independence advocacy, but they would come under attack from deep Blue protesters as the “800 Heroes” anyway. The “800 Heroes” seem to be lashing out at the ART/FTP for a broader set of grievances besides simply opposition to the Tsai administration’s pension reforms, inclusive of their starkly pro-unification views.

This is a way in which opposition to reform of the pension system in which the lucrative pensions that threaten to bankrupt the Taiwanese pension reform has primarily come from the pan-Blue camp, seeing as such pensions were originally paid by the KMT to military, police, and public servants in response for political loyalty. Such groups refuse to reckon with Taiwan’s authoritarian past—themselves having sometimes been enforcers for the KMT party-state—and are highly pro-unification. So it is, then, that their attacks on the ART/FTP express a set of grievances beyond simply pension reforms, seeming to be a response to an incident in which youth activists affiliated with Taiwanese independence groups as the ART/FTP defaced Chiang Kai-Shek’s mausoleum.

On the other hand, it is a broader question as to why the Taipei city government would now move against the ART/FTP encampment. Because police stand to also be affected by pension reforms, police are sometimes accused of siding with the “800 Heroes,” which may be why the “800 Heroes” have been allowed to remain while orders have been carried out to evict the ART/FTP. It is a question whether the indigenous occupation outside of NTU Hospital MRT station calling for the return of indigenous traditional territories will be targeted as well.

Likewise, Taipei mayor Ko Wen-Je is increasingly perceived as willing to take or otherwise permit action against Taiwanese independence groups. The Sing! China incident, for example, saw attacks on pro-independence youth demonstrators by pro-China gangsters with ties to organized crime groups, including the Chinese Unification Promotion Party led by “White Wolf” Chang An-Lo, a former killer of political dissidents for the KMT and a former high-ranking organized crime leader. Nonetheless, Ko Wen-Je continued to tout the event as a successful example of his initiatives aimed at building city-based relations between Taipei and Shanghai, did little to persecute those involved, and did not clear up questions raised about the possible ties that attackers had with Taipei city police. 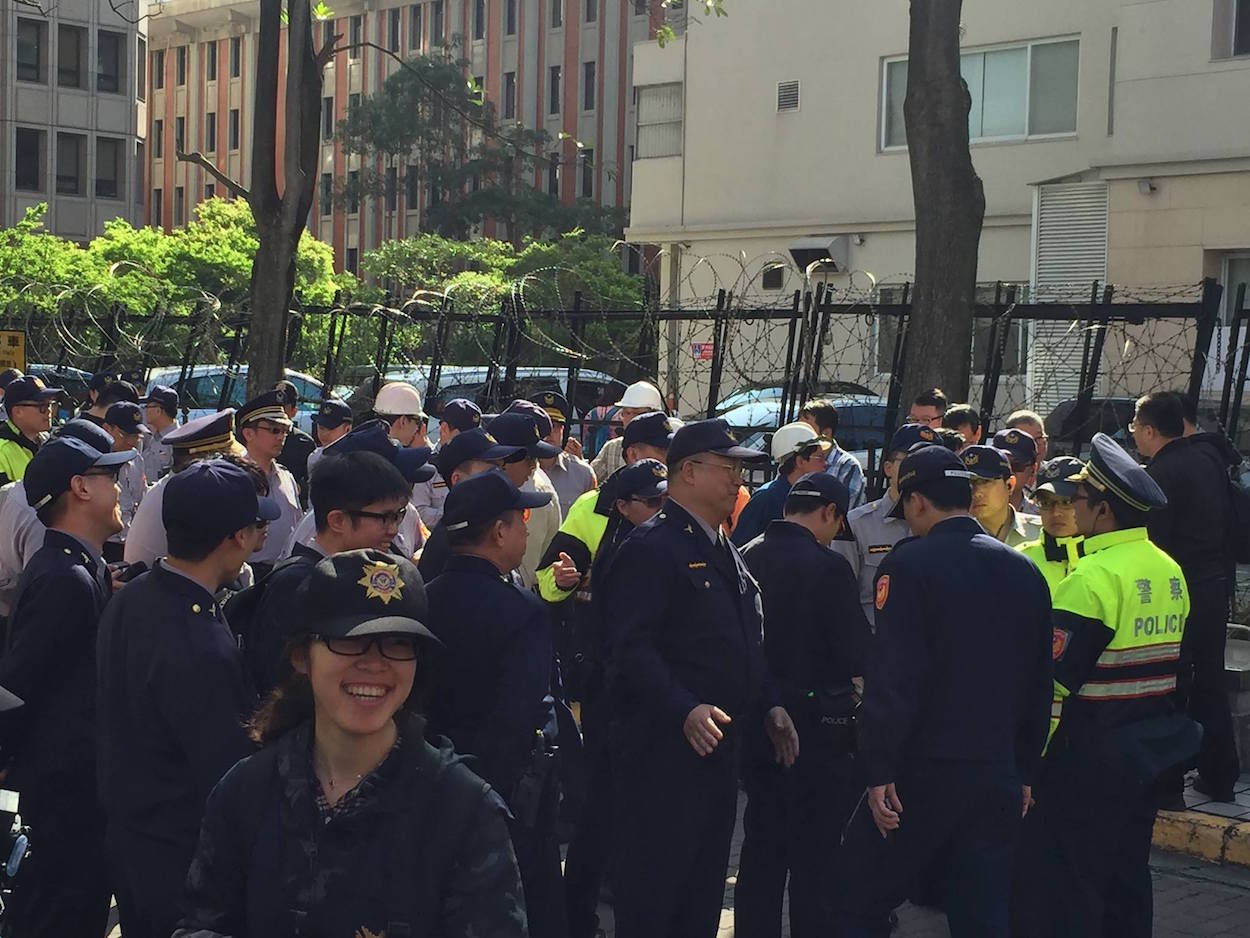 Since the attacks, Ko has largely been perceived as wholly willing to alienate the Taiwanese youth activists who supported him 2014 mayoral elections, during which evaluations of Ko were that he was a more pro-Taiwan candidate. Ko has likewise demonstrated views out of step with Taiwanese activists and more along the lines of the “800 Heroes” with statements praising Chiang Ching-Kuo as a model of political leadership, never mind that he was a dictator, and actually making public appearance with “White Wolf” Chang An-Lo. The dismantlement also occurs shortly after Tsay Ting-Kuei announced that he would be running against Ko Wen-Je for the position of mayor.