What Now After By-Elections In Hong Kong For Seats Of Disqualified Lawmakers?

BY-ELECTIONS IN Hong Kong for four seats left vacant by disqualified Hong Kong Legislative Council (LegCo) lawmakers resulted in the pro-democracy camp winning back two seats, with the other two lost to the pro-Beijing camp. Yet it still remains up in the air as to whether victorious pro-democracy candidates will find themselves disqualified down the line.

The victorious pro-democratic lawmakers were Au Nok-hin and and Gary Fan, who ran on Hong Kong island and the New Territories East respectively, beating pro-Beijing candidates Judy Chan and Bill Tang. Ousted lawmaker Edward Yiu was also a candidate, seeing as Yiu was eligible to run for candidacy in a geographic constituency because he was previously disqualified from a “functional constituency” elected by corporate and industrial interests. 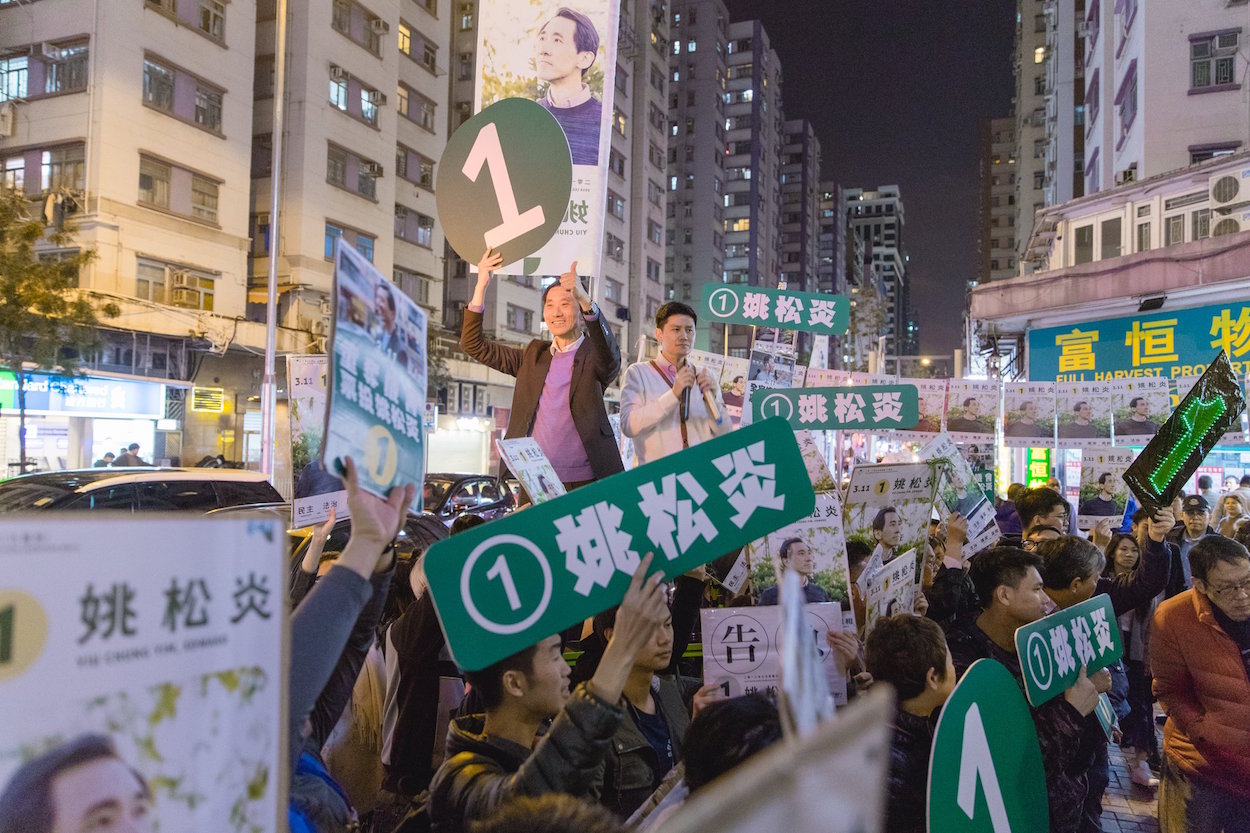 With the exception of Leung Kwok-hung, a veteran lawmaker, all were new politicians elected in the two years following the Umbrella Movement. Their disqualification, in particular that Law, Yiu, Lau, and Leung were disqualified after several months of serving in office, was seen as a sign of tightening political restrictions in Hong Kong by which China was wholly willing to disqualify lawmakers who had been elected into office after the fact due to their political views, using oathtaking protests as pretext for disqualification.

The disqualified lawmakers likely did not expect to be disqualified due to the fact that there had been past precedents for protests during oath-taking ceremonies in the Hong Kong LegCo, but lawmakers were eventually allowed to take office despite such protests. 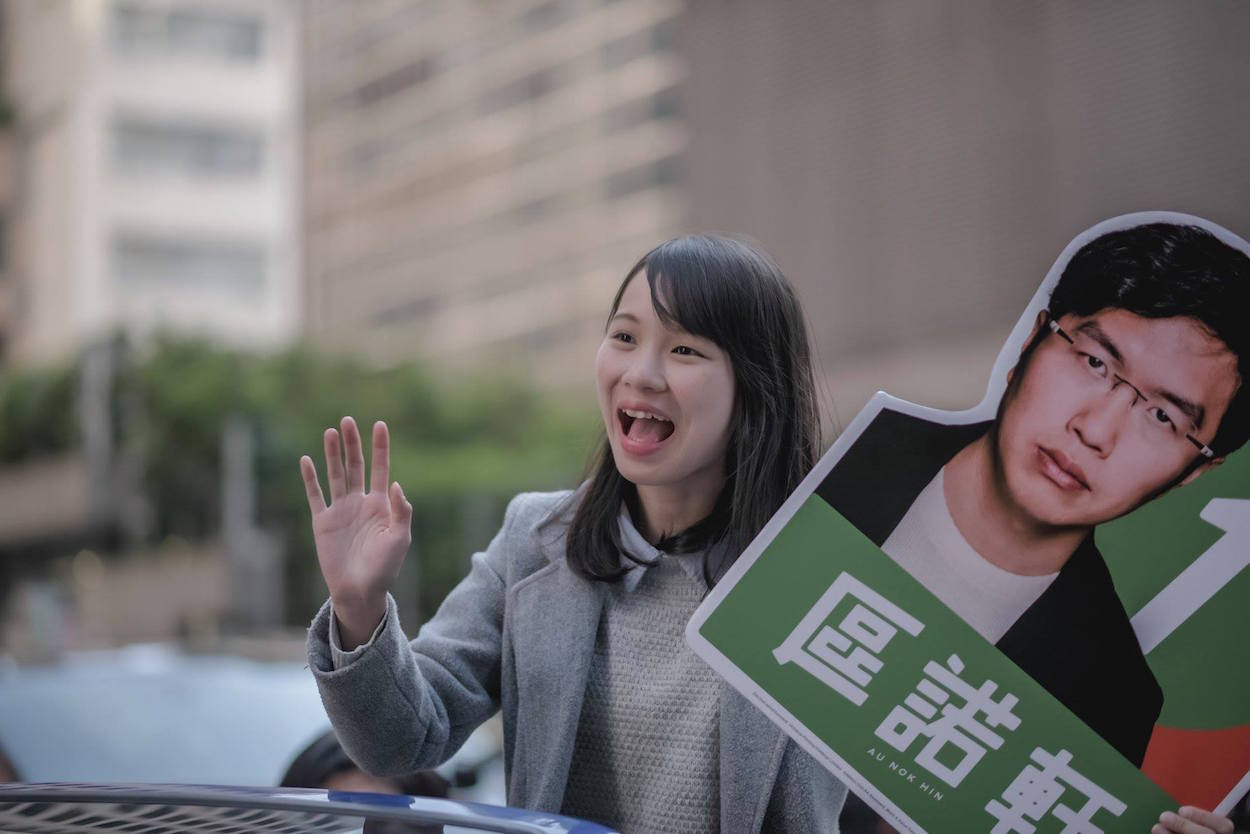 Au would acknowledge this fact in his victory speech, citing that it was due to happenstance that he happened to become a victorious legislator. Au is considered by some to have been little known before his election bid in place of Chow. But even then, Au already faces challenges to disqualify him before he takes office, already facing a legal challenge from a pro-Beijing taxi drivers’ union.

And so even victorious pro-democratic lawmakers may still be disqualified from office. Fundamentally, it may be that the path of electoral politics in Hong Kong is blocked, and that channeling the energy of the pan-Democratic movement into electoral politics is a dead end. Legal reprisals have also followed against those that attempt stand for elections, such as arrests of Joshua Wong, Nathan Law, and Edward Leung for past protest actions.

This was already concerns along such lines. For example, Demosisto saw criticism for the fact that despite Law’s disqualification, the party still spent time, energy, and resources on sponsoring a campaign by Chow which was ultimately not successful, even as at the same time, Demosisto publicly announced that it had a “Plan B” ready in the case of disqualification by Chow. 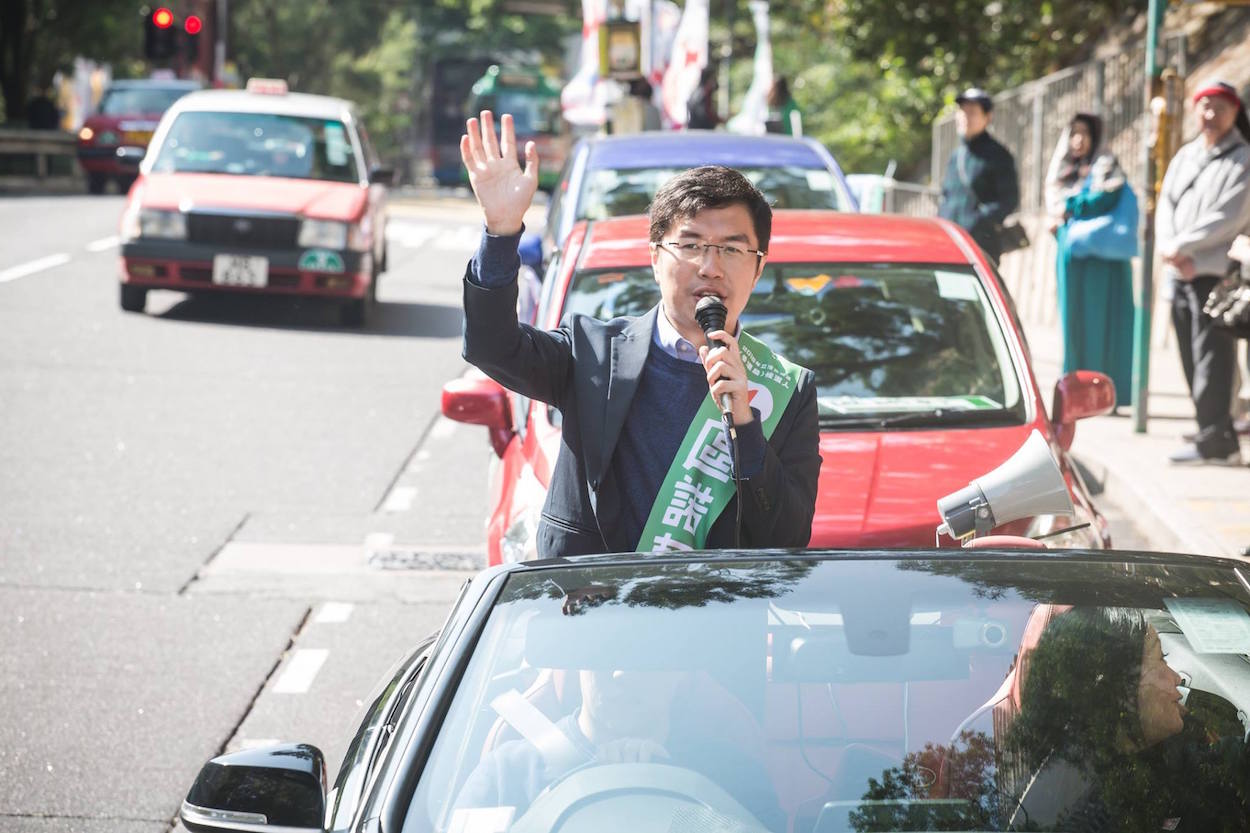 It seems unlikely that that pro-democratic candidates did not anticipate the possibility of being disqualified. Again, pro-democracy groups have seen criticism for being overly unwilling to consider means outside of electoral politics. But, while this may be a valid criticism, the pro-democracy camp in Hong Kong still seems to have thought it tactically worthwhile to field candidates for elections, perhaps because this would draw attention to the further deterioration of democratic freedoms in Hong Kong, or to draw out tensions with the Hong Kong government in a manner that would reflect badly on the Hong Kong government and Beijing from afar.

What next is unknown, but one generally expects the space for pro-democratic politicians to continue to shrink. Post-Umbrella movement Hong Kong activists notably turned towards electoral politics as a means of trying to make more permanent changes than in the transience of a social movement and street occupation. Nevertheless, with the path of electoral politics likely blocked, it is a question as to what future steps will be.