Lessons For Taiwan From The Catalan And Kurdish Referendums?

IN PAST DAYS, youth activist and civil society groups in Taiwan have expressed support of Catalonia following the Spanish government’s use of brutal force to put down the Catalan independence referendum. This is not too surprising, seeing as youth activist groups in Taiwan see a sense of shared cause between the Catalan people’s struggle for self-determination and Taiwan’s own struggle for independence. Youth activists in Hong Kong, including the Demosisto political party formed after the Umbrella Movement, have also issued a solidarity statement expressing support for Catalan voters.

THOUGH THE the Kurdish referendum seems to be wholly undiscussed in Taiwan whereas the Catalan referendum is hotly discussed, the results of both the Catalan and Kurdish referendums showed that Catalans and Kurds desire independence from Spain and Iraq, with over 90% of Catalan voters voting in favor of independence and preliminary results showing that over 92% of Kurds support independence. As such, the two referendums succeeded in raising the international profile of both the Catalan and Kurdish independence movements. Nevertheless, what is also shared between both is the means by which state actors moved to try and shut down referendums, sought to arrest the political leaders who organized the referendum, and have vowed to use the means necessary in order to prevent would-be independence movements from succeeding. In particular, international attention has focused to a large extent on Catalonia, give the dramatic sight of riot police attacking peaceful civilians, injuring close to 900, even as Catalan firefighters and other individuals have sought to defend voters from assault by police. This has resulted in the present call for a general strike in Catalan. 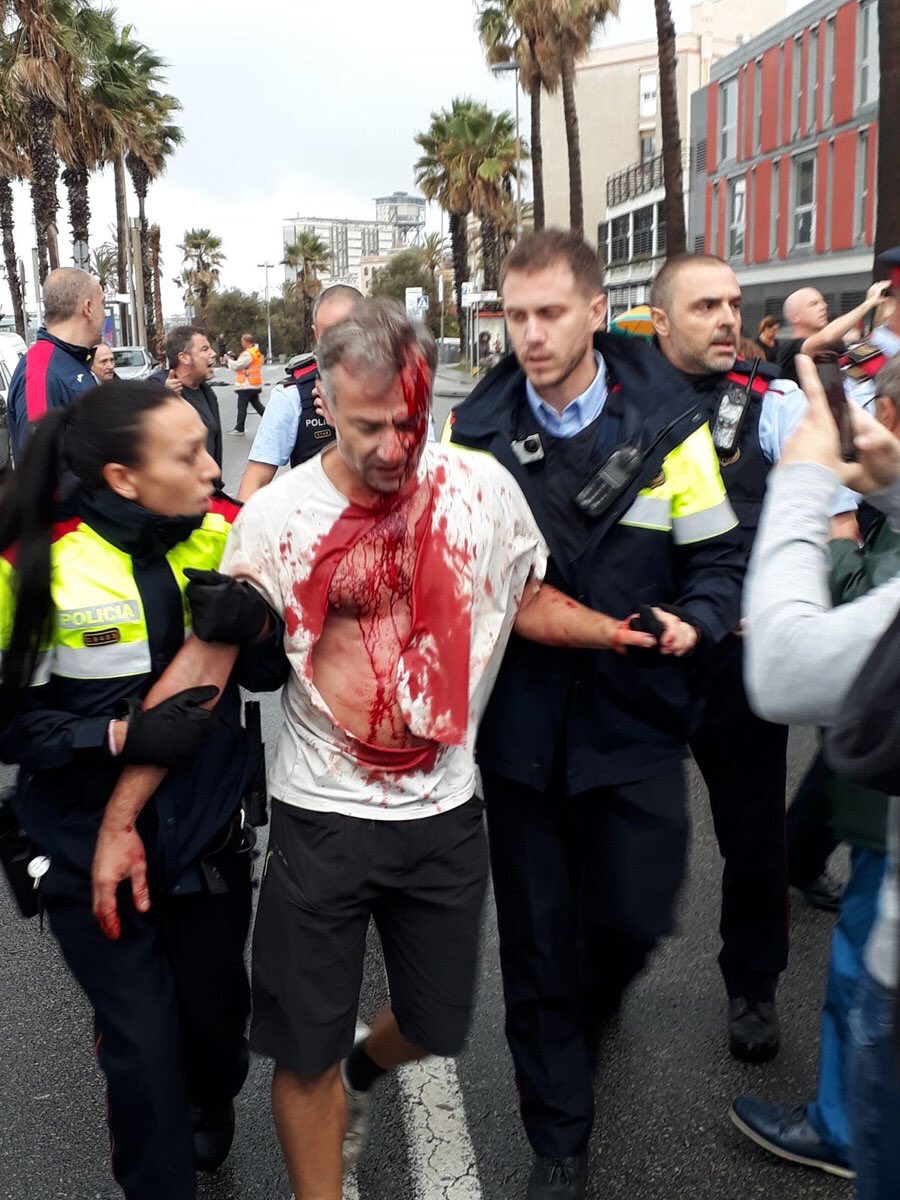 It seems highly likely that this threat of force would also occur in the case of an independence referendum for Taiwan. The Catalan and Kurdish independence referendums faced direct interference from the Spanish and Iraqi state, seeing as Catalonia and Iraqi Kurdistan are not de facto independent polities from Spain and Iraq in the way that Taiwan is already de facto independent from China but merely lacks de jure independence. Yet Chinese interference from outside Taiwan could take the form of China declaring that it views referendum as an act tantamount to war. Even if China has no intentions on following up with such threats, through such threats it could either preventing referendum from taking place, or skew the results of the referendum by affecting social sentiments in Taiwan through its threats. Or China could actually go the full length of military attack on Taiwan, following through in genuine with threats that it has made for decades. This much should be obvious.

Lesson #2: Referendum Could Either Draw Attention To Taiwan’s Struggle For Independence Or Simply Be Ignored Internationally

In Catalan or elsewhere, state violence aimed at quelling political dissent often has precisely the opposite effect in drumming up political dissidence. We saw similarly in Taiwan with the sharp uptick in support for the Sunflower movement after riot police beatings of students on March 24th, 2014, during the attempted occupation of the Executive Yuan, for example.

And so depending on what the responses from China are, this could prove to raise Taiwan’s international profile, as well as to drive more and more members of the Taiwanese public towards active support of independence. Namely, while political sentiments in favor of unification are clearly on the decline in Taiwan, political sentiments in support of Taiwanese independence versus maintaining the current status quo tend to fluctuate. It is often direct action by pro-independence social activists which leads to an uptick in clearer expressions of support for Taiwanese independence, as can be seen in the influence of the Sunflower movement. Likewise, actions by China or the KMT aimed at eroding pro-independence sentiment in fact, oftentimes lead to an uptick in pro-independence views due to public blowback.

Lesson #3: The Possibility of Attempts to Sabotage a Taiwanese Referendum From Supposed “Allies”

BUT APART from the obvious possibility of Chinese interference, it is important to raise the possibility of not simply the international world ignoring a Taiwanese referendum, but direct American interference in a Taiwanese independence referendum. Namely, if America sees Chinese reprisals as more likely to occur in response to a Taiwanese independence referendum now, this would lead to a geopolitical situation in the Asia Pacific by which America risks being dragged into conflict with China due to its defense commitments to Taiwan.

If so, the situation is a lose-lose scenario for America; either America has to lose face in breaking its loose defense agreement with Taiwan or risk conflict with China over a cause that America may not be willing to go to war over, since at best, American military commitments to Taiwan are defensive in nature. After all, given the long history of victim-blaming of Taiwan by the international community, in which Taiwan is somehow seen as being the one responsible for disrupting cross-strait relations when it is actually only responding to acts of Chinese aggression, it is possible that in such an event, the narrative accepted by the international community is that Taiwan was more or less asking for war through an independence referendum.

Seeing as a Taiwanese referendum could also throw a wrench in America’s geopolitical designs in the Asia Pacific, it is such that the Kurdish referendum offers an important object lesson for Taiwan, as an independence referendum which was opposed by the United States, and so which has not received international support. This is in spite of the fact that, like support of Taiwan by the US as a means to counter China, America has at times supported Iraqi Kurds in order to counter the threat of ISIS. Unsurprisingly, America attempted to leverage on that threatening to cancel American aid to Iraqi Kurds if they went through with the referendum.

Indeed, Stephen Yates, a long-time Republican supporter of Taiwan currently running for governor of Idaho, stated in both recent and past comments that consequently, America would probably not be in favor of referendum in Taiwan. America may be rightly accused of hypocrisy in that regard, seeing as rhetoric about America valuing democracy in Taiwan are merely pretty words that disguise America only supporting Taiwan for its own interest when it is convenient. But from an American perspective, this is only political rationality at work, seeing as American political support of Taiwan becomes irrational beyond a certain point and Taiwan cannot expect unconditional American support beyond that point. And the current Trump administration has a decided lack of interest in using human rights discourse to leverage against China, in the way past American presidential administrations have seen fit to juxtapose Taiwanese democracy against Chinese authoritarianism in order to criticize China.

Consequently, as with Iraqi Kurdistan, American intervention would not take the form of military intervention, but it is highly possible that America could try to undercut the credibility of the referendum by claiming it to be illegitimate, to seek to prevent widespread discussion of the referendum in the international media, or to suggest that referendum would be an action which leads to American loss of faith in Taiwan in the hopes of preventing referendum from taking place or otherwise casting a shadow over its results. America could similarly threaten to cut aid to Taiwan if Taiwan went through with referendum.

And it was not even too long ago that American political actors employed such tactics with regards to Taiwan. We saw similarly not much more than six years ago with the phone call from an anonymous high-ranking American White House official to the Financial Times in 2011, intended to sabotage Tsai Ing-Wen’s 2012 presidential bid by suggesting to the Taiwanese public that America did not have faith in Tsai’s strength of character to hold China at bay. This was presumably in the hopes that this would influence Taiwanese voters that see American military support as necessary to ward off the threat of China against voting for Tsai. While speculation about this phone call still circulates, it is wholly possible that this was a deliberate way for America to influence Taiwan’s elections at the non-official level, employing plausible deniability all the while. Similar stratagems are very possible as a means to try and undercut a Taiwanese referendum, or to prevent frighten Taiwanese off from organizing a referendum on Taiwanese independence in the future.

Simply commenting on America’s wariness of a referendum may be enough. Certainly, a number of longtime Taiwanese independence activists took Stephen Yates’ words quite seriously in his suggestion that America would not support referendum in Taiwan despite that these were merely individual statements by Yates, and reversed course afterwards in suggesting that Taiwan might not be ready for a referendum. In all probability, that is what such statements by Yates and others are aimed at accomplishing. The dilemmas faced by Taiwan from being caught between China and America continue, then. It remains to be seen what permanent solutions there are apart from Taiwan forever being caught as a geopolitical chess piece between the two superpowers.

Conclusion: The Double-Sided Nature Of Referendum

NEVERTHELESS AS a means of direct democracy, there are in fact few other ways than referendum as a means of demonstrating that the Taiwanese people writ large desire independence from China. Even when pro-independence political candidates are elected into office, seeing as candidates stand for a host of issues and not just the sole issue of independence versus unification, this does not necessarily mean that the Taiwanese people as a whole supported that candidate on the basis of support for independence. On the other hand, a referendum removes all other relevant issues, and allows for a vote on a single political issue, such as that of independence versus unification. 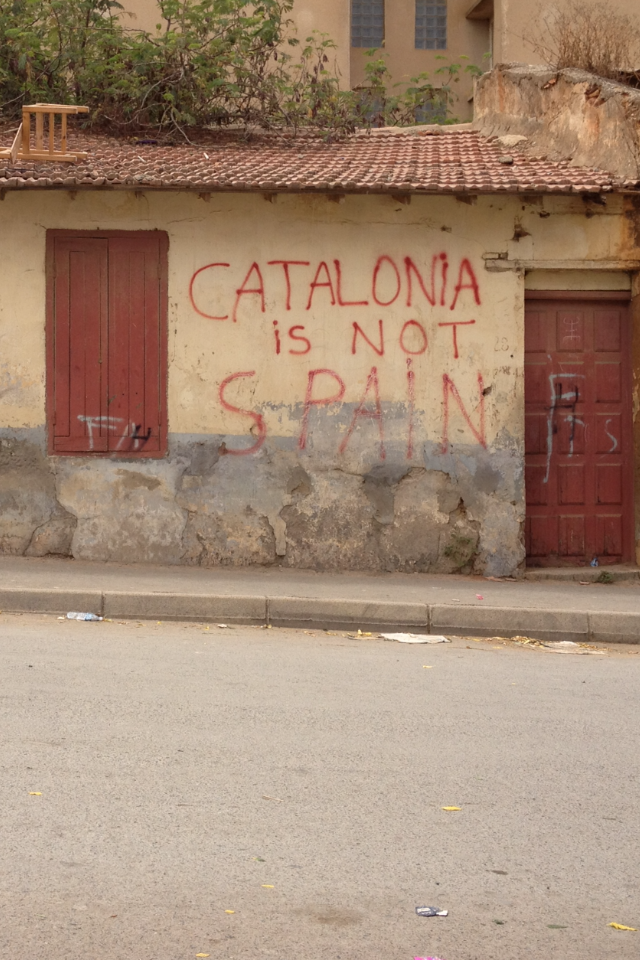 Yet regardless, while referendum could possibly prove dangerous in drawing violent responses from China or coercive diplomatic responses from the United States, if pro-independence activists play their cards right, referendum may still prove a decisive tool in permanently securing Taiwanese independence, then. Again, either way, there are few means to express the general will of the Taiwanese people as a whole regarding issues of independence and unification, which points to the necessity of referendum reform in Taiwan. On the other hand, even if a referendum were to take place, it could be that the international world simply pays little attention to a Taiwanese independence referendum, given Taiwan’s international obscurity. This, too, is worth keeping in mind.

Such would be the double-sided nature of referendum, a powerful tool which could potentially turn the tides regarding the issue of independence and unification, but one which has both benefits and disadvantages, yet without which there are few other means of demonstrating that the views of the Taiwanese people writ large are in favor of independence. Taiwanese independence activists will need to tread carefully in terms of efforts to use referendum as a means to achieve Taiwanese independence, then, rather than simply imagine that referendum will be a silver bullet which can resolve issues stemming from Taiwan’s international status as a one-shot solution.