The DPP and ROC Independence If we see strange claims that it is the KMT and PFP which are in favor of ROC independence as of late,  as we see in a recent article by Thinking Taiwan editor-in-chief J. Michael Cole, this would be an attempt to redefine the political position that ROC independence is used as a term of criticism against. On the contrary, perhaps revealingly about why such an attempt at redefinition would be made, it is usually the DPP under Tsai Ing-Wen which is accused of being in favor of ROC independence. While it is true that there are mixed elements within the KMT that drift between calling for outright unification with China and a position fairly close to ROC independence, it is hard to imagine how the PFP of all parties is in favor of “independence” in any form. But as we have seen in the past several years of Taiwanese politics, the overall trajectory of the KMT as a whole has generally hewed closer and closer to “unification”.

The attempt is even made to claim the KMT and PFP belong to more moderate forces of “ROC independence”, including the bizarre claim that a KMT pro-unification diehard such as Hung Hsiu-Chu is in favor of “ROC independence,” and that it is the New Party and China Unification Promotion Party who are the real pro-unification forces out there. But the People First Party, New Party, China Unification Promotion Party largely operate within the political orbit of the KMT to begin with, and arguably at heart they still remain KMT. It is no mistake that individuals in Taiwan speak of the possible “New Party-ification” (新黨化) of the KMT should Hung Hsiu-Chu win the race for party chairmanship of the KMT, as she is very likely to do. Even if the China Unification Promotion Party would seem like an outlier party, founded as it is by the former gangster and killer of political dissidents on behalf of the KMT, “White Wolf” Chang An-Lo, we do well to remember that Chang remains close associates with Ma Yi-Nan, sister of current Taiwanese president and former KMT party chairman Ma Ying-Jeou. In writing about the use of such terms in Taiwanese discourse about unification/independence politics, one hopes to bridge the sometimes vast gap between Taiwanese political discourse within Taiwan and Anglophone discourse about Taiwan—even if others may arrive at different political conclusions than one’s own. But that leaves open the possibility that individuals seeks to appropriate a term from its original meaning in Taiwanese discourse to create a different meaning for it in English, which creates misleading perceptions about political discourse within Taiwan.

Can we justifiably label Tsai Ing-Wen’s DPP as in favor of ROC independence, then? Tsai Ing-Wen and the DPP will never say so outright, because of the blowback from longtime party supporters that would feel betrayed. Tsai sent a strong message that she would maintain her administration on the basis of the ROC framework from the night of her presidential victory, in a speech vowing to conduct cross-strait relations on the basis of the ROC constitutional framework and given with a backdrop of a side-by-side ROC and DPP flag. 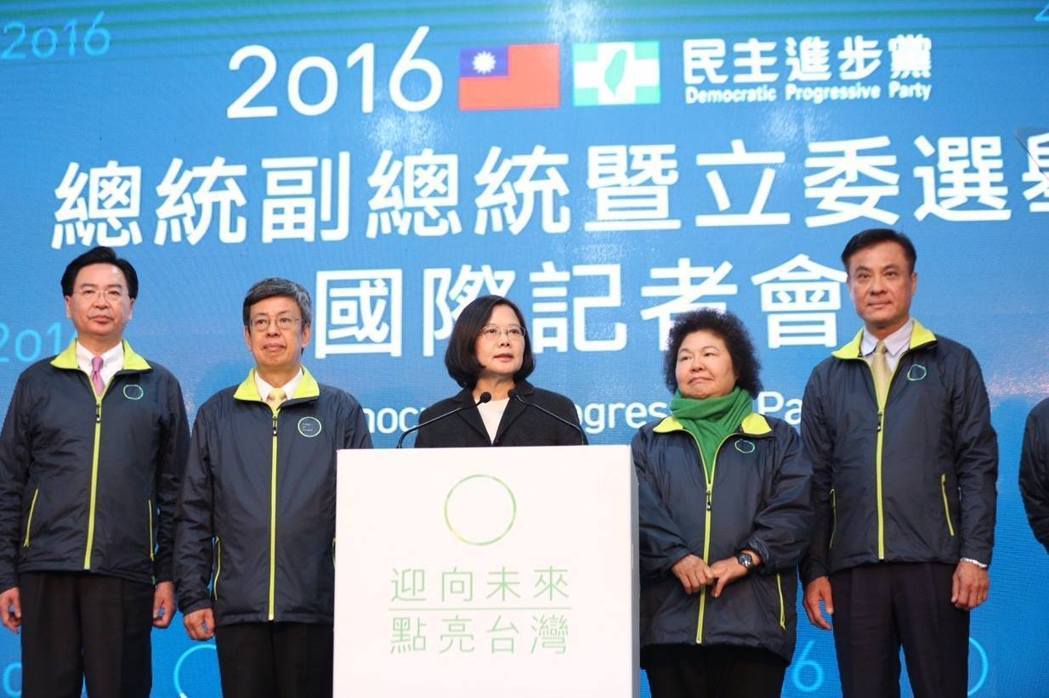 Indeed, within Taiwan, the backdrop on which Tsai gave her speech was taken by many as a sign of her future political stances where the ROC was concerned, but this was a nuance lost upon many observers more remote from Taiwan. Such individuals continued to view Tsai, in spite of all indications to the contrary as being a pro-independence diehard in line with how her predecessor as a DPP Taiwanese president, Chen Shui-Bian, is sometimes seen. Tsai has a need to avoid such perceptions.

Tsai has, of course, not yet taken office. But subsequently the DPP also indicated that, even if it had historically denied the existence of the 1992 Consensus as a KMT fabrication, the DPP would hope to preserve at least the “spirit of the 1992 Consensus” (九二會談精神) in conducting relations with China. Tsai has also backpedaled on issues of transitional justice where that might mean calling members of the KMT who are still politically active to account for past crimes committed during the authoritarian period—the need to establish bipartisan cooperation with the KMT seeming to be a more pressing concern.

It remains to be seen if the DPP is willing to bend backwards in order to compromise with political forces in Taiwan it, by all means, should not be willing to compromise with. A relabelling of what ROC independence means—to claim that even the KMT and PFP are in favor of some form of “independence”—may be a foreshadowing of this.