One case was in Xinzhuang in New Taipei. This case is an individual working at a market recycling secondhand clothes, who wanted to work as a caretaker for sick patients in hospitals, but tested positive for COVID-19. At the same time, this could possibly be an older case of COVID-19 only detected now by testing. According to New Taipei mayor Hou You-yi, this case was linked to travel history in Taipei and Taoyuan. Eight contacts have been quarantined, though their spouse and children tested negative. 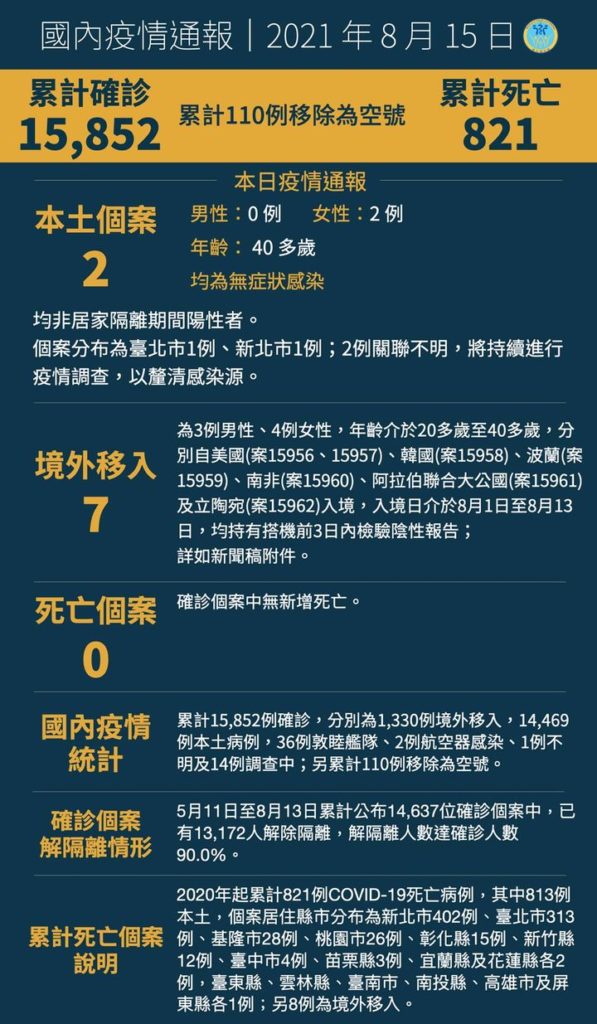 The second case was in Taipei. This individual is an undocumented migrant worker, who was hoping to turn themselves in to authorities, but tested positive for COVID-19. It is standard practice to test individuals before they enter shelters. Likewise, it is thought that this possibly could be an old case that was previously undetected.

249,000 doses of Moderna will arrive at 3:50 PM at Taoyuan International Airport from Luxembourg. This comes from vaccine purchases by Taiwan. Vaccination coverage is now at 39%, which is 41.81 per 100 people.

The CECC does not have exact numbers for individuals requiring second dose vaccinations, due to flexibility in whether people are being vaccinated ten to twelve weeks after first dose vaccination. 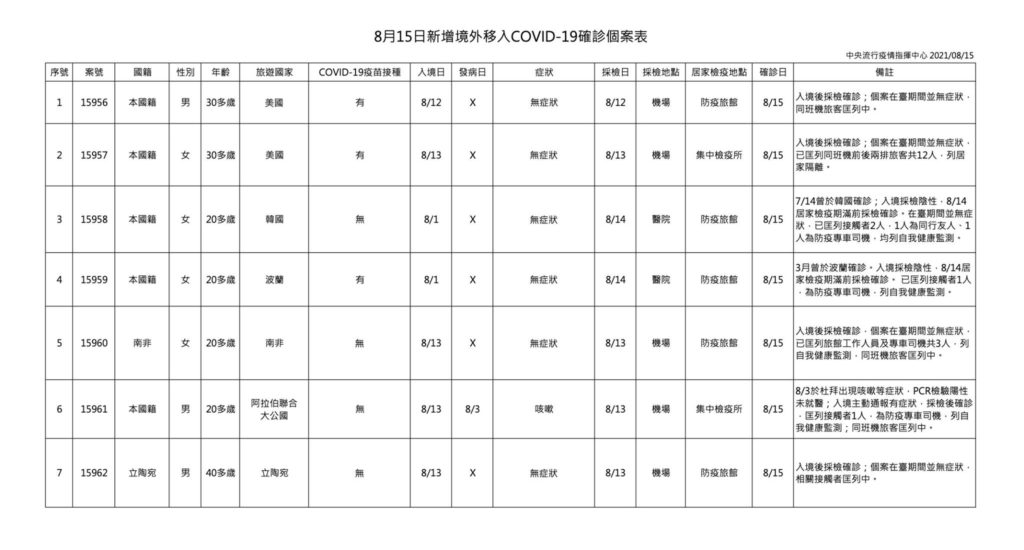 New Taipei mayor Hou You-yi stated today that 1,869 tests from August 9th to August 14th only found two cases, following concerns of spread in the community after several cases were found in the same apartment building in two weeks. Tests will continue. Hou called on the public to get tested, if they were doubtful regarding their symptoms. Hou also urged speed, with regards to the central government announcing economic stimulus measures, which the New Taipei city government would then add additional measures to.

New Taipei will only relax measures after the central government announces measures and emphasized that it would evaluate overall trends in deciding if to relax measures. When asked about the possibility of intergenerational conflict due to young people not having vaccines and being dissatisfied with this, Hou asserted it was the responsibility of the government to provide access to vaccines, access to a choice of vaccines, and “good quality” vaccines 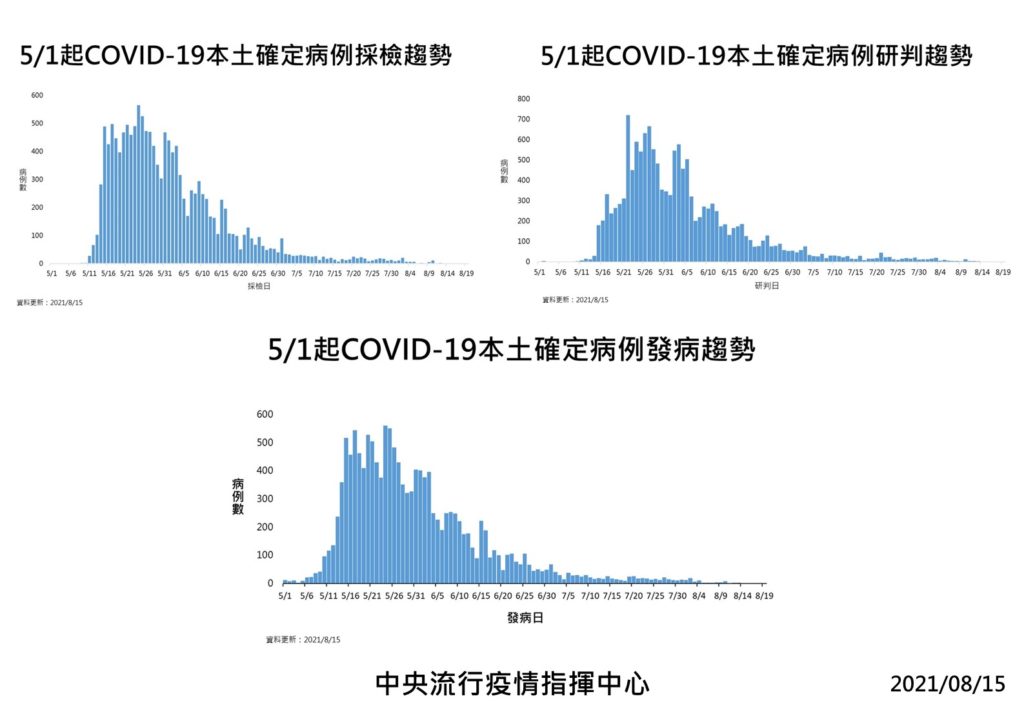 Chen urged patience, when asked about potential competition between the young and old for vaccines. Chen urged that social distancing measures and mask-wearing be maintained, but stated that with the number of cases usually in the single digits, allowing for more detailed contact tracing, he was optimistic about measures being relaxed later on this month. Similarly, Chen stressed that COVID-19 is a long-term issue, when asked if he was concerned about crowds gathering in past days.

Chen also clarified that reports of a Delta variant patient taking the taxi to hospital twice to be tested are incorrect. This individual was not a case of the Delta variant and was already in home quarantine. They were sent twice to the hospital in accordance with standard testing procedures carried out by the Taipei city government.