Can China Follow In Taiwan’s Footsteps Regarding Gay Marriage?

WITH THE RECENT landmark ruling of the Council of Grand Justices’ in Taiwan that preventing same-sex couples from marrying is unconstitutional, some question whether China will be soon to follow in Taiwan’s footsteps in legalizing gay marriage. After all, as Chinese LGBTQ groups have raised, this proves that marriage equality is not incompatible with “Chinese” culture.

Yet one has reason to pessimistic. On May 24th, on the same day that the Council of Grand Justices announced its ruling, China shut down the lesbian dating app, Rela, because of an activity it hosted where mothers of gay men and lesbian women could organize dates for their children, a spin off of a traditional Chinese practice. While there were those Chinese who were celebratory of Taiwan’s legalization of same-sex marriage, sometimes with the view that Taiwan would therefore be the first part of China to legalize gay marriage, this has also led to condemnations from a number of traditionalist scholars who do in fact continue to claim that gay marriage is incompatible with Chinese culture. 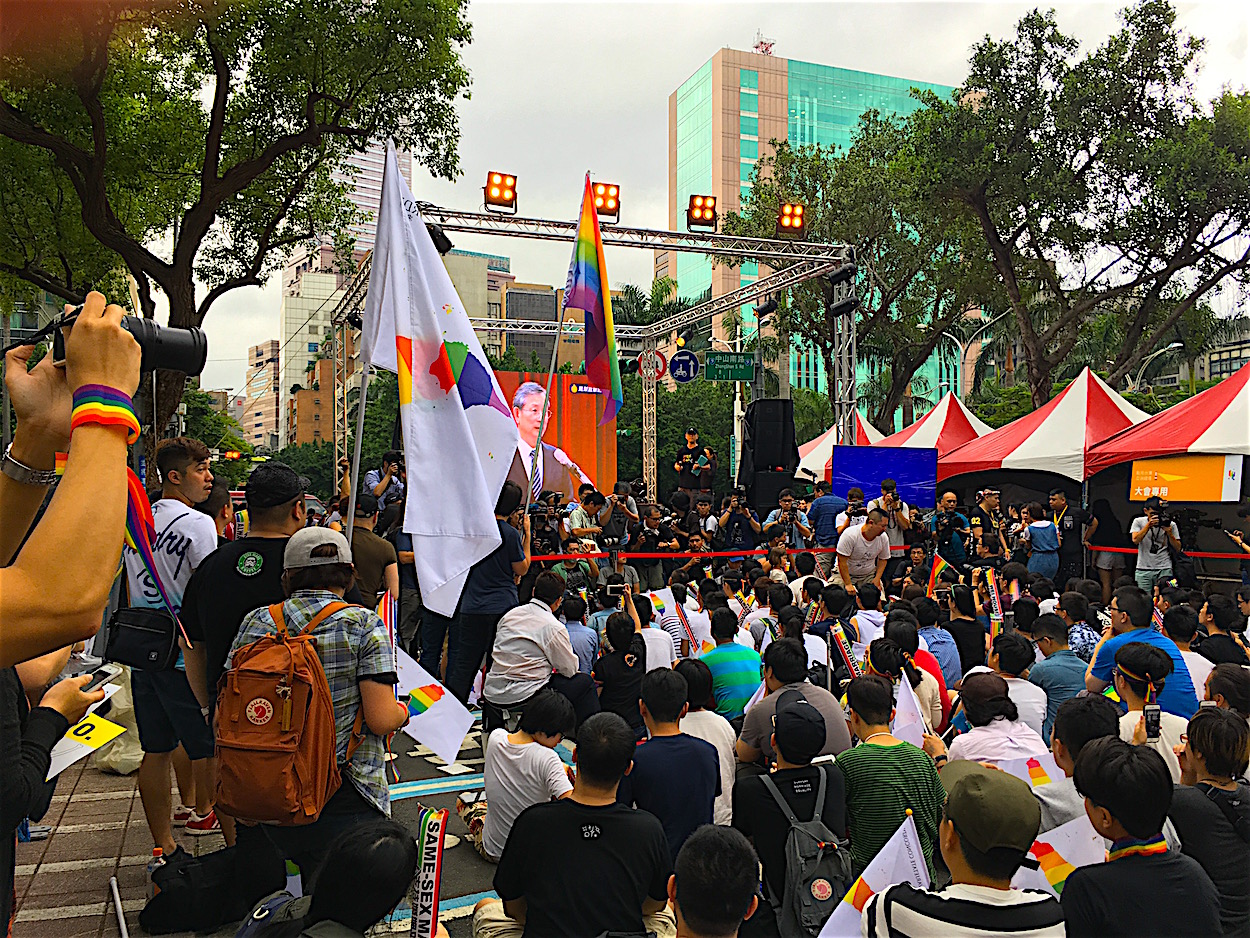 More broadly in China, because of current restrictions on civil society groups in China under Xi Jinping, feminist and LGBTQ groups are seen as a potential threat. In some cases, the view of these groups not specifically because they are feminist and LGBTQ groups, but because all civil society groups are currently perceived as a threat to the government. In other cases, feminist and LGBTQ groups are specifically targeted because of the resurgence of conservative gender views in China as part of the traditionalist Chinese nationalism that Xi Jinping has advanced, with the view that homosexuality and feminism are western ideologies which have insidiously infiltrated China in the past few decades since China’s opening up to the western world. While this has also not prevented nationalistic reactions from Chinese netizens and others accusing Tsai and the DPP of only legalizing gay marriage in order to appeal to the western world, overall, unfortunately, the conditions for legalizing gay marriage in China do not seem to be present.

Tsai Ing-Wen and the DPP have, in the past, leveraged on the possibility of gay marriage being legalized in Taiwan as a way to distinguish Taiwan from China. At present, Tsai and the DPP have largely failed to leverage on this fact, due to infighting within the DPP, which is divided on the issue of support for gay marriage despite that legalizing marriage equality was one of the Tsai administration’s campaign promises.

Indeed, with Tsai and the DPP dragging their feet on what would be an effective way of drawing a line in the sand between Taiwan and China, showing to the world that same-sex marriage could be legalized in Taiwan but not China, one wonders vaguely if it might even be possible for China to steal a march on Taiwan and legalize same-sex marriage in China by fiat from the CCP. Certainly, China’s autocratic system of governance as compared to Taiwan’s democratic system of governance might actually make the process of legalizing gay marriage faster, if it were to be done by a central dictate of the government. 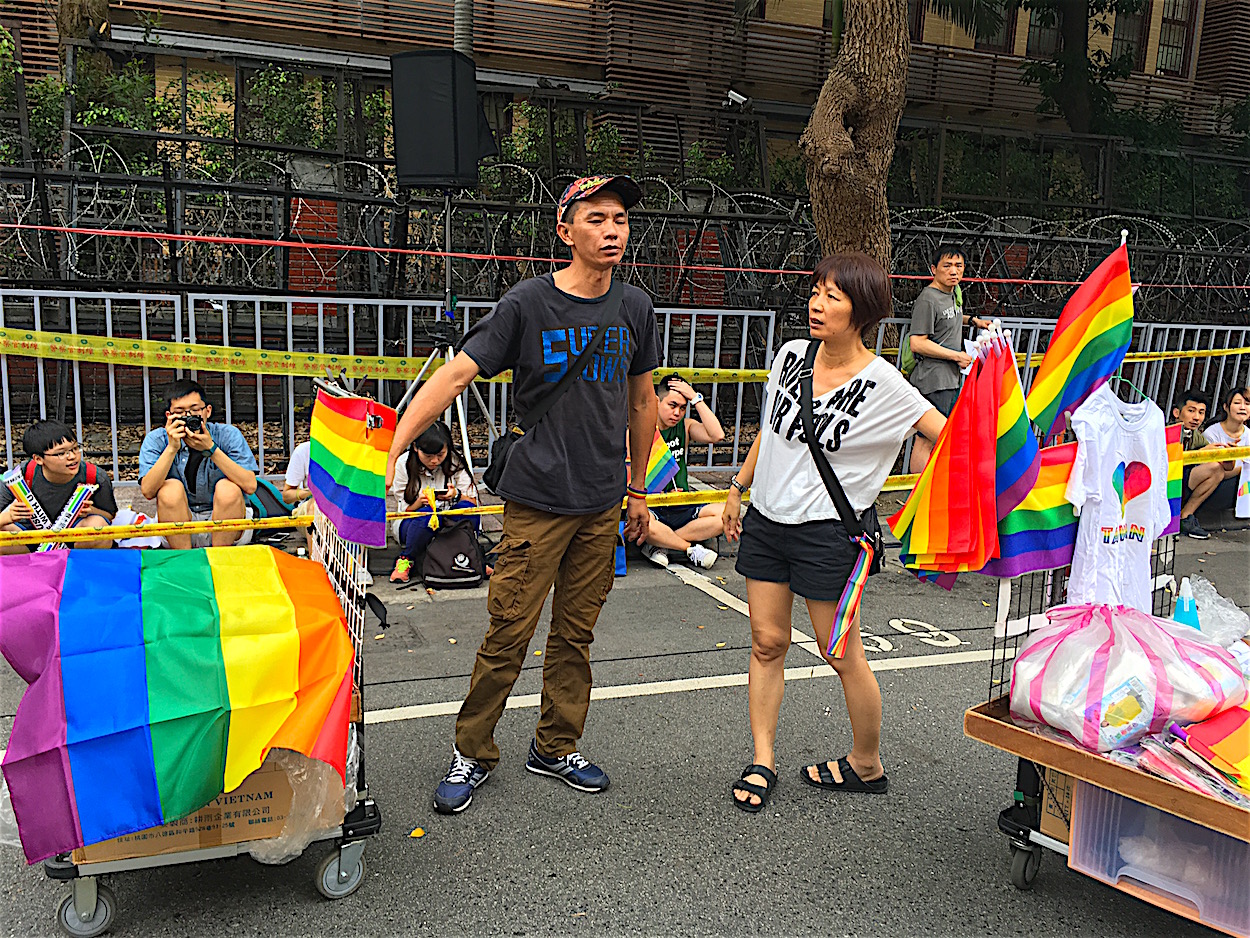 Nevertheless, if many compare Hong Kong’s situation to that of Taiwan with regards to Chinese encroachment on its territorial sovereignty, we also may note that on the same day as the Council of Grand Justice’s ruling in Taiwan, the Chinese-controlled Hong Kong government filed a case to overturn a ruling which granted marriage rights for a Hong Kong gay couple that had gotten married in New Zealand. And so, seeing as China also claims sovereignty over Taiwan, in consideration of the Chinese government’s actions in both China and in Chinese-controlled Hong Kong, for the Chinese party-state to shift in a progressive political direction and legalize same-sex marriage seems unlikely.

For better or worse, then, it seems that Taiwan will continue to uphold its status as a torchbearer for gay rights in Sinophone countries and territories. Chinese-speaking Singapore, for example, also has taken a step back on LGBTQ rights as of late, with restrictions placed on the annual “Pink Dot” pride parade to only allow Singaporean citizens to attend, and continued controversy within the country about gay marriage, seeing as Singapore has a large Christian and Muslim population. But, with questions still be answered about whether Tsai and the DPP will squander their opportunity to put Taiwan on the map as a standard-bearer for marriage equality in Asia, will Taiwan live up to this mantle?