THE FALL OF former KMT spokesman Yang Wei-chung would be another nail in the coffin for a KMT unable to reform, with his recent expulsion from the party on Wednesday. Yang, 45, was a former labor activist and left-leaning journalist, and previously a member of the Third Society Party, a minor third party established in 2007 which professed the need to create a space which was not either pan-Blue or pan-Green in the Taiwanese political spectrum. Yang entered the KMT in 2013, rising to the position of spokesman, before resigning from his position after the loss of the KMT in 2016 presidential elections. 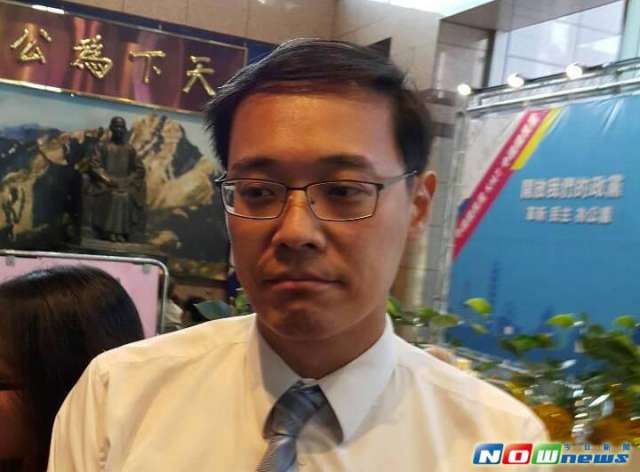 In particular, Yang was known for his criticisms of outmoded practices of the party leadership, calling attention to the need to settle the party assets issue, and for pushing for transitional justice regarding the past crimes of the White Terror. Yang at times could be quite direct in his criticisms, stating, for example, that “The party’s leaders are too old and they are mostly from the mainland. Unless these old party figures change their mindset. The party looks without hope.”

Yang also acknowledged the authoritarian past of the KMT and called on the party to address past crimes. Likewise, Yang pointed to failure to resolve the issue as something which could destroy the party, stating that continued “procrastinating and resisting” on the issue was “polarizing […] society” and that though this “approach is an easy way […] it would lead to the KMT’s total ruin.” Along such lines, Yang was highly critical during an incident March when the military police seized documents related to the White Terror, stating that, “When military police infringe upon basic human rights and when significant documents concerning Taiwan’s White Terror era are at risk of vanishing or being destroyed, the KMT is still preoccupied with treating its members to banquets and striving for power”. Accordingly, Yang was highly critical of the contest for party leadership, claiming that the party was dominated from within by “party bigwigs”, lacked democracy, was only paying lip service to party reform.

Yet if Yang was one to acknowledge the present crisis of the KMT, one which threatens the party’s continued existence, it would be that the present leadership under party chairwoman Hung Hsiu-Chu refuses to acknowledge this fact. The hardening of the political line of the KMT towards the deep Blue end of the political spectrum, then, is probably representative of that rather reform or to let voices take over, the party has decided to try and return to what it perceives as traditional values. Those who question this will be labelled as traitors and threatened with expulsion. As Yang himself pointed out, rather than address the need to settle issues of transitional justice and past crimes committed under the authoritarian period, the KMT has more often than not seen transitional justice as a stratagem of the DPP aimed at targeting it, but this is alienating of the public overall.

What has been billed a “Leninist”-style campaign of persecution seems to have begun under Hung, with some suggesting that the expulsion of Yang means that the sights of the persecution of critical elements we see in the KMT will now be turned towards Wang Jinpyng, a far bigger fish than Yang, and the leader of the “Taiwanese” faction within the KMT—but a figure marginalized from the political leadership because of his ethnic background as a benshengren. Another figure that may come under attack is Huang Min-Hui, another high profile benshengren member of the KMT and previously a political rival of Hung Hsiu-Chu’s. Yet this would seem to point to that the KMT is far from internal reform, from either its youth elements, or from the more localized “Taiwanese” faction, with the need to publicly humiliate those who could have otherwise been trained as promising new leaders because of their recognition of the need for party reform.

Instead, the party would seem to be tearing itself apart from within and systematically weeding out any elements which could have led to reform. Indeed, sometimes the party seems to have had a death wish for some time where this has been concerned. Perhaps, then, this points to the overall moribund nature of the party—and that the party is marked for extinction, rather than reform.