Demonstrations Regarding Migrant Worker Regulations and Loss of Worker Vacations

LABOR ISSUES are not out of the news just yet. In fact, it seems very likely that the Tsai administration is headed for a conflict with Taiwanese civil society, youth activists, and labor unions very soon.

Yesterday saw demonstrations in the morning outside legislature by civil society groups including the Taiwan International Workers’ Association calling for an end to current requirements which require foreign blue-collar labor to leave the country every three years. Civil society groups stated that this left migrant workers at the mercy of often exploitative broker agencies that arrange for their work in Taiwan. 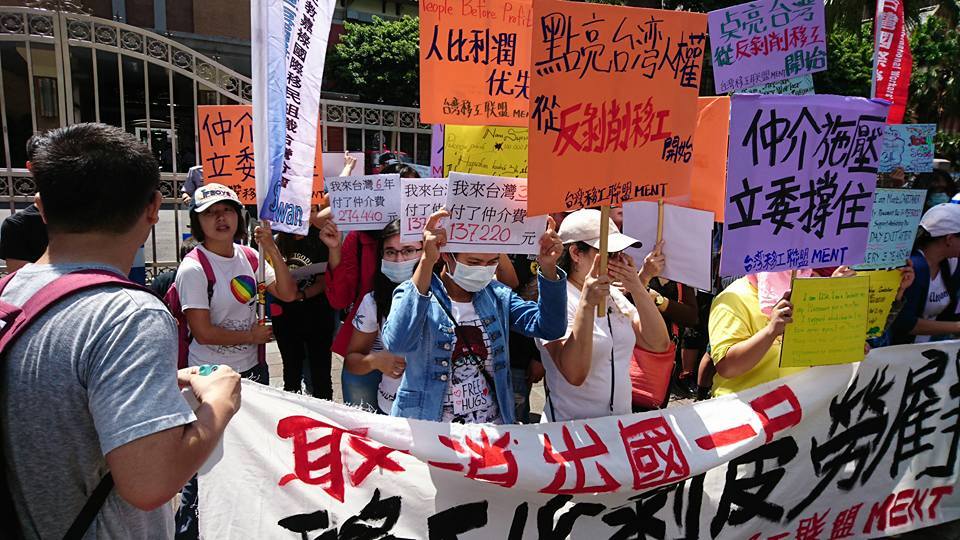 At night, a demonstration was also held outside of legislature protesting against planned changes to the Labor Standards Act which would allow for one fixed day off and one flexible “rest day”—but in which employers would still be able to ask employees to come in and work on their flexible “rest day”. This is the so-called yili yixiu (一例一休) policy which has been pushed for by the Tsai administration. Demonstrators call for a set two mandatory days off and five day workweek, instead of the flexible “rest day”.

The latter demonstration was originally organized on PTT and saw participation the members of the Social Democratic Party, New Power Party, and Free Taiwan Party, with all three “Third Force” parties taking strong stands on the issue. The demonstration ended peacefully, though there were rumors throughout that direct action may occur. It is highly possible that in coming weeks, there may be some kind of outbreak of protest regarding the issue if the Tsai administration does not back down.

Though sometimes reported on as if they were unconnected demonstrations, without any points of overlap, both demonstrations saw the involvement labor organizers who had been involved in the China Airlines strike such as noted labor activist Mao Chen-fei of the Taoyuan Confederation of Trade Unions. Taiwanese labor organizers have been working on the issue of both putting an end to exploitative practices against migrant workers and against changes to labor laws which would decrease the amount of holidays workers have for some time, with youth labor organizers working particular on the former issue and many Taoyuan-based labor unions taking a particularly active role on the latter. The New Power Party and Social Democratic Party have also expressed support of easing restrictions on foreign blue-collar workers in Taiwan in the past, if the New Power Party has expressed reservations in easing restrictions on foreign white-collar labor in the past in order to avoid issues of brain drain in Taiwan. 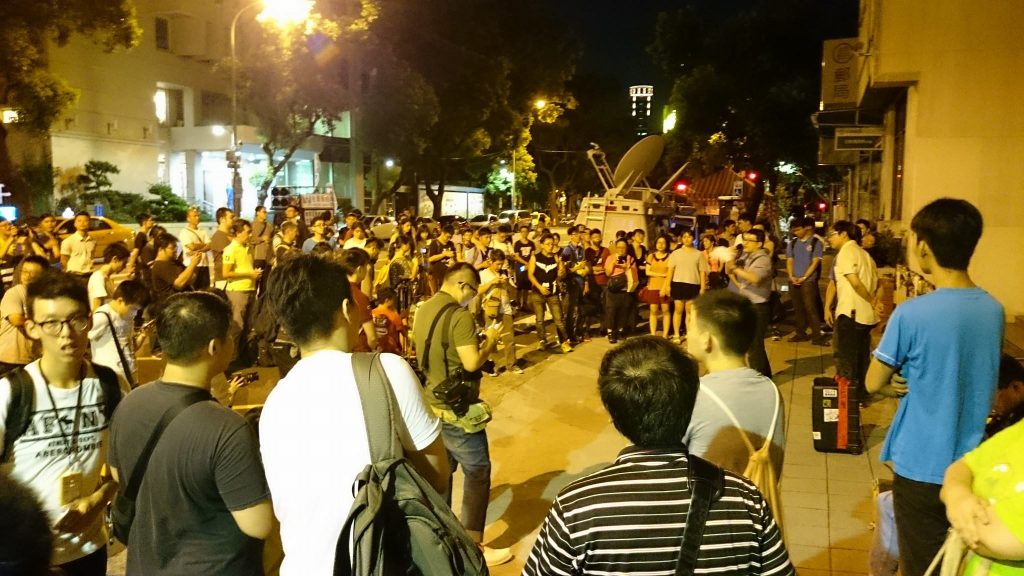 Nevertheless, it is that easing restrictions on migrant workers faces opposition from broker agencies, and members of the Taiwanese working class have also gone after legislators calling for changes to labor laws regarding migrant workers, fearing possible competition. Indeed, in demonstrations yesterday morning, broker and labor agencies mobilized their own supporters, stoking fears about migrant workers possibly gaining Taiwanese citizenship or becoming a burden on their Taiwanese employers their demands for paid vacations or subsidized airfare for transport. This includes death threats against DPP legislator Lin Shu-fen, a strong voice in favor of reform for labor laws governing foreign blue-collar workers.

The issue of planned decreases in public holidays after planned changes to the Labor Standards Act had been a provocative issue for labor unions in the past, seeing numerous demonstrations during past election season, and an attempted occupation of the Ministry of Labor. The Tsai administration later relented on the issue of planned decreases in public holiday, but this faces strong resistance from large business groups, who have stated that they will terminate all current negotiations regarding wages if the Tsai administration goes through with this. It will be seen how the issue will be settled and this remains an issue which could provoke conflict between large business groups and Taiwanese organized labor and youth activism, many of these business groups been enemies of youth activists in recent years—including the chairmen from companies as Shin Kong, Farglory, Quanta, Yulon, Fubon, Huanan, Uni-President and others.

But reflective of how Taiwanese youth activism has newly been interested in labor issues after the historic China Airlines strike last month, the issue of the planned yili yixiu policy that the Tsai administration is pushing for has been much discussed among Taiwanese youth activists, with numerous articles, videos, and image slideshows circulating about the issue. The fact that all three major “Third Force” parties have expressed opposition to the policy and called for reforms is further indicative of the recent interest of youth activism in labor issues. Again, this returns perhaps to that the Sunflower generation consists of workers or soon-to-be workers and is perhaps getting older. 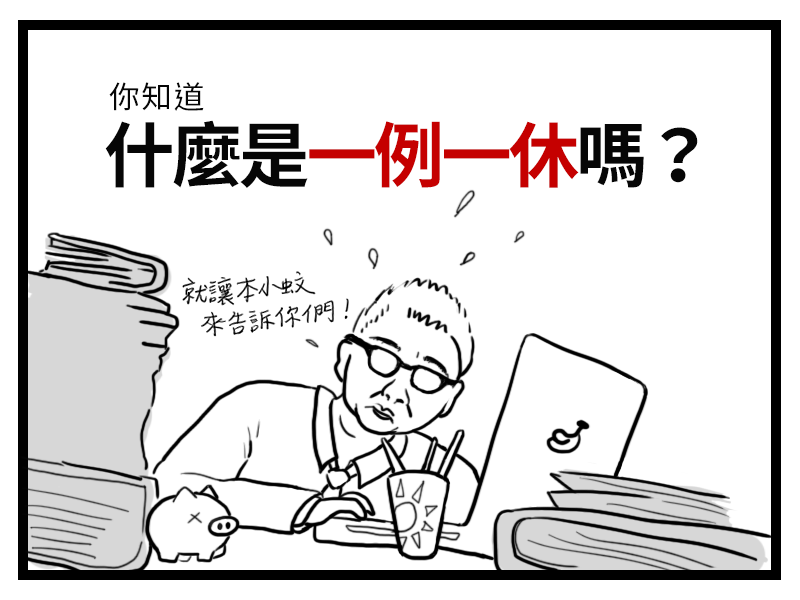 Example of a slideshow explaining the issue of yili yixiu. Photo credit: 社群氣象台

The international orientation of Taiwanese youth activism on labor issues is also evident in support for easing restrictions on migrant workers. There are many instances in which youth activism has sought to aid foreign workers, rather than see them as competition for the same jobs or possible drains on limited national resources, as in the current issue of reform of labor laws regarding migrant workers or when laid-off South Korean workers from the Taiwanese-owned Hydis company came to Taiwan to demonstrate.