Is Tsai Kicking A Hornet’s Net On Labor Reform?

The Tsai Administration Finally Deciding to Side With Big Business Rather Than Labor?

AFTER MUCH waffling on the matter, it would be that Tsai Ing-Wen has taken a hard line against Taiwanese labor with planned changes to labor policy which Tsai has ordered to be forced through the Legislative Yuan. Not only will the much criticized “flexible rest day” for workers per week not change, but seven public holidays will be cut. This prompted immediate reactions from organized labor, with a surprise demonstration by workers outside of Tsai Ing-Wen’s residence on Wednesday morning, leading to the entirety of the section of Dunhua South Road near Tsai’s residence becoming surrounded off by police. Representatives of 32 youth organizations later held a press conference outside of the Legislative Yuan.

With planned reforms to the Labor Standards Act that mandated workers to have one set day off and one “flexible rest day” per week, labor groups had previously called for workers to have two set days off per week, seeing as with new labor policy, workers could still be made to work overtime on their “flexible rest day” by employers.  Workers also demonstrated against planned cuts to public holidays which were to make up for lost hours from changes to labor policy, seeing as Taiwanese workers already work some of the highest hours in the world. Workers in Taipei averaged over 2,104 annual working hours in 2015. This means that, as a country, Taiwan ranks as having the fourth longest working hours in the world. But the Tsai administration would seek to reduce the amount of holidays enjoyed by Taiwanese workers nonetheless. 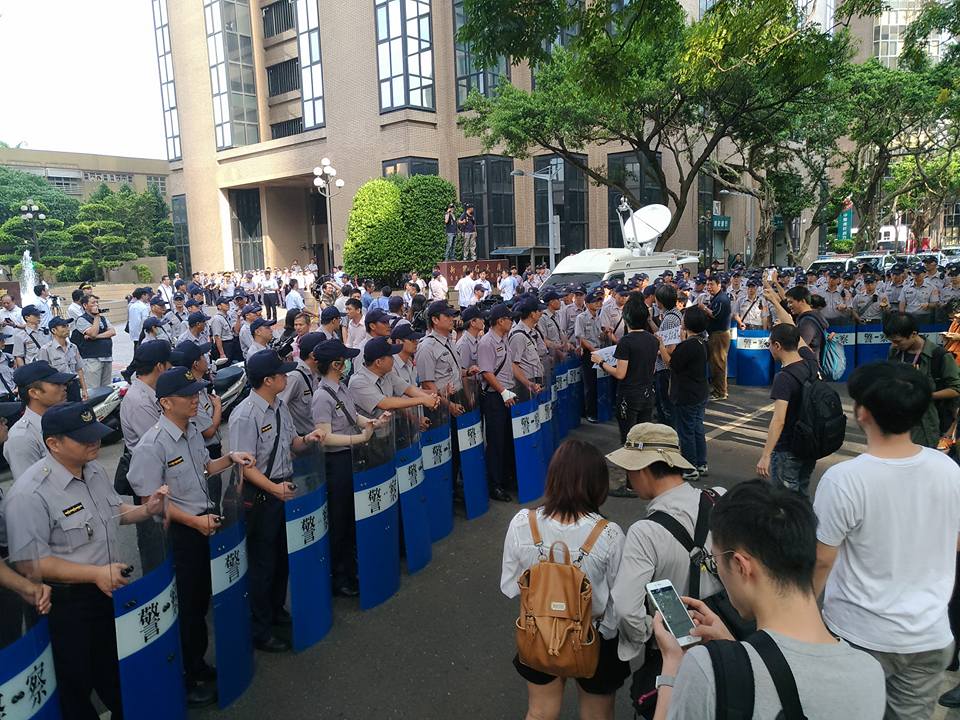 Following a meeting between Tsai and business leaders, Tsai stated that she would try to balance “worker’s rights” with “boss’s rights.” This led to much ambiguity for some time as to whether Tsai would either cut public holidays or restore them and ambiguity as to whether Tsai would go with one set day off and one flexible rest day or two set rest days. With anger from both workers and business leaders, many suggested that the Tsai administration, in trying to please everybody, had pleased nobody. It seemed the Tsai administration had somehow managed to offend both labor groups and big business at the same time through its waffling on the issue of labor policy changes, rather than siding with one side or the other.

Labor reforms stand to affect all working members of the Taiwanese public. As such, this could be an issue which causes major backlash against the Tsai administration. In many cases, the waffling of the Tsai administration on the issue of the “flexible rest day” already has provoked ire, with some companies taking preparatory steps in work scheduling adjust for the new policy, then being left to hang after it became unclear whether the policy would actually pass—but this already affecting the lives of workers.

THE UNDEMOCRATIC way in which the Tsai administration pushed through labor policy changes also add weight to the increasingly common accusation that the DPP is becoming the new KMT. The amendment to the Labor Standards Act was passed in under seventeen minutes, with the review of the act declared in under two minutes by Chen Ying, the DPP head of the Social Welfare and Environmental Hygiene Committee. This was accomplished by mobilizing members of the DPP to occupy five conference rooms ahead of time, changing the site of the meeting from its original location at the last minute, and only announcing the site of the new meeting at the last minute. Despite NPP and KMT legislators rushing over to the new meeting site and members of the NPP attempting to propose changes to the meeting, the bill was passed. The bill still needs to be reviewed on the floor of the Legislative Yuan and not just through a committee, however, to take effect. 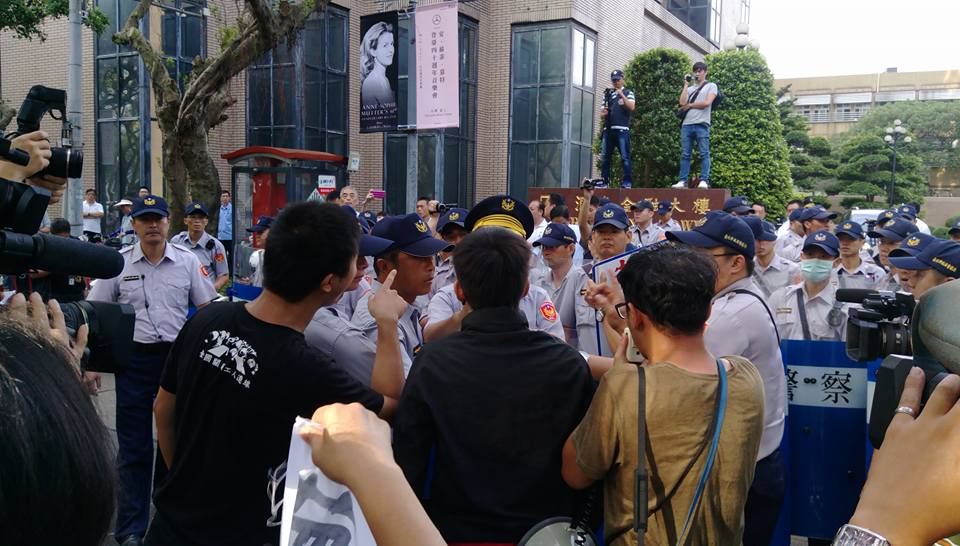 Such actions by the DPP are, of course, highly reminiscent of the KMT’s “black box” means of undemocratically forcing through of the CSSTA in March 2014, this having been accomplished through the co-chairman of the responsible subcommittee declaring the review of the bill over in under thirty seconds while hiding in the corridor next to a bathroom. This was the event which prompted the Sunflower movement’s occupation of the Legislative Yuan. Is it, then, that the DPP is no more democratic than the KMT, despite much claims to the contrary? It seems so.

Condemnation From Third Force Parties and the KMT

THIRD FORCE parties as the New Power Party and Social Democratic Party have been condemnatory. NPP party leader Huang Kuo-Chang, a former Sunflower movement leader during the Legislative Yuan occupation, declared that the DPP’s actions signified the DPP was not any different from the KMT in government. Huang commented that because of the DPP’s trickery in changing the site of the meeting site and only announcing the new site at the last minute, despite that he should have been present for the review of the bill, the bill was passed without him actually hearing the review.

For its part, despite its traditional disdain for organized labor, the KMT latched on to criticizing the DPP for disregarding the rights of workers in opportunistic fashion, stating that the party supports a two set days off per week for workers. While some media reports claim clashes between DPP and KMT legislators, other reports claim that despite trying to occupy the original meeting site, after rushing over to the changed meeting site, KMT legislators mostly shouted slogans at the entrance to the meeting room and did not try to seize the podium. Regardless, no other caucuses in the Legislative Yuan actually supported the amendment to the Labor Standards Act apart from the DPP caucus.

Future Conflict Between Labor and the Tsai Administration?

RESPONSES FROM labor groups and youth activists will inevitably ensue. Past months have seen an uptick in labor activity, the historic China Airlines strike having demonstrated the effectiveness of strikes to Taiwanese youth activists who had previously not taken a substantial interest in labor issues. As Taiwanese youth activists were a supportive constituency of Tsai in the past, but which has been increasingly jaded with Tsai after she took office, Tsai’s actions will contribute to further disillusionment, which may now turn to anger.

If we can anticipate a large response from labor, Tsai taking a hard stance on labor policy means that labor groups will have to shift from their current strategy of attempting to appeal to popular sentiment to force the Tsai administration to intervene in strikes. This was helped by that past strikes took place in partially state owned enterprises or industries central to the functioning of the nation as the transportation industry, which made it necessary for the government to intervene. 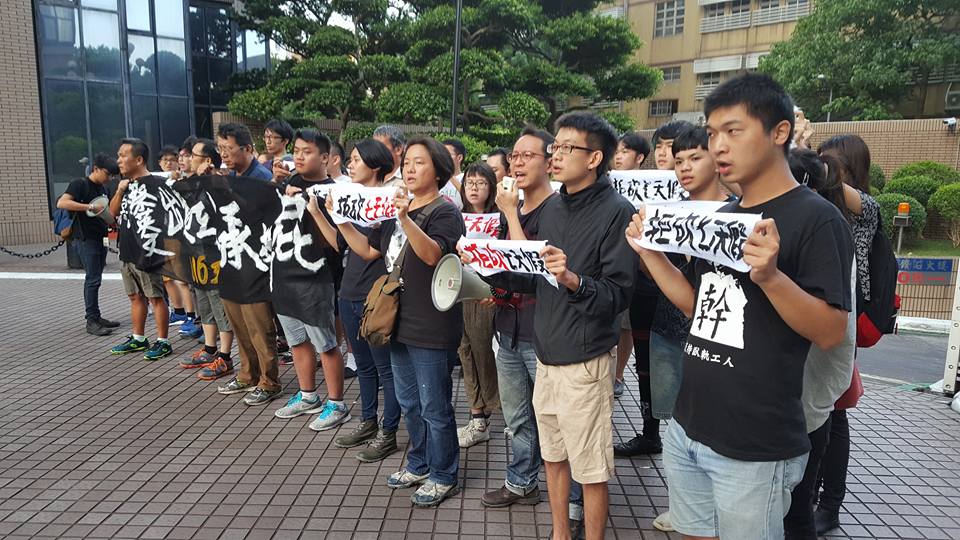 Yet Tsai seems to have signaled a new willingness to push through unpopular policy in public comments, stating that she knew planned labor policy changes would make some groups unhappy, but that she could not continue a policy of attempting to please interest groups in a revolving door basis. It may be that Tsai’s refusal to compromise on labor policy marks the beginning of Tsai becoming less open to negotiation. Perhaps, then, this marks the start of open conflict between youth activists and the Tsai administration.

But given it affects the daily lives of all of Taiwanese society, labor policy is something which has potential offend members beyond just youth activists in a way that other issues Taiwanese youth activists concern themselves with may not. Indeed, if Tsai thinks definitively coming down on the side of business will allay criticism that Tsai tries to please any and all interest groups, she is badly mistaken. After all, Tsai’s decision to side with business leaders over labor is not simply Tsai siding with one interest group over another, but the decision to side with a small number of privileged individuals over with the working Taiwanese public—and Tsai may have kicked the hornet’s nest on this one.