DPP LEGISLATORS Lin Shu-fen (林淑芬) and Wu Yu-chin’s (吳玉琴) controversial amendment to the Employment Services Act passed its first reading in the Legislative Yuan’s Social Welfare and Environmental Hygiene Committee last week, and while it has been hailed as a step forward for worker’s rights in Taiwan, opposition has quickly coalesced around both the amendment and the person of Lin herself. The amendment seeks to change a law which requires that foreign laborers return to their home country after a three-year employment period in Taiwan in order to reapply for a work visa and allows workers the legal right to be rehired directly whilst remaining in the country. In an tearful address before the legislature, Lin announced that she had received threatening calls at her home at night, believed to be from labor organizations who oppose her amendment and its support of foreign labor. Lin proceeded to read a prepared statement to the Legislature describing herself as a healthy and optimistic person who would never take her own life, urging the police to investigate should she die under questionable circumstances.

The Roots of the Human Rights Problem

STAGNATION IN wages across many sectors in recent decades has brought with it xenophobia and pushback against immigration, particularly amongst those working in mostly unskilled industries. The working class, caught underneath strong downward pressure from those in control of the means of production, often find itself fractured among racial and national lines, which engenders the “Othering” of recent immigrants and paints them as an easy target for scapegoating. It seems that Lin and Wu’s amendment, though presumably seeking to improve this human rights situation, has run afoul of anti-immigrant sentiments among members of the working class who might feel they are in a disadvantageous situation as a result of lower-wage foreign labor.

Part of the problem returns to how these migrant laborers from mostly Southeast Asian countries are brought into Taiwan in the first place. Despite having a solid global reputation as a highly-modernized and democratic society, the problem of human trafficking in Taiwan is severe: the US Department of State has categorized Taiwan as a Tier 1 country in this issue, a ranking that Lin cited in defense of her intentions in putting forth the bill. The vast majority of these cases occur in regards to the importation of labor from Southeast Asian nations such as Indonesia, Vietnam, the Philippines, and Thailand. Though Taiwanese authorities are found to comply overall with the international norms and standards governing the elimination of human trafficking, prosecutors and judges were found to have a limited understanding of trafficking crimes, and in 2015 no arrests or convictions for trafficking offenses on Taiwanese fishing vessels were made. 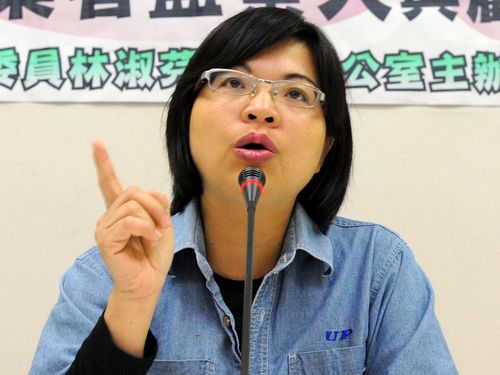 Even for those migrants entering Taiwan legally, working conditions and ambiguity in legal protection can provide burdensome obstacles. Figures put the current number of foreign workers in Taiwan at upwards of 590,000 people, 240,000 of whom hail from Indonesia alone, with Vietnamese and Filipino immigrants making up a large portion of the remaining population. These workers are often found to be employed in extremely poor and illegal working situations, being required to work far longer than an acceptable schedule and being paid well below minimum wages. Some of the more extreme cases even deal with workers not having adequate food or other basic necessities. In many cases, these migrants do not receive proper documentation and therefore are afforded little in the way of protection under the law, leaving them open to further exploitation with no recourse to address any grievances.

Confronting the Issue of Racial Discrimination

THE ISSUE OF racial tensions in Taiwan is a multifaceted problem that will occasionally spark national debate over demographics on the island, before fading from discourse again for a time. However, sentiments of racism and xenophobia directed against migrant laborers from Southeast Asian countries don’t receive nearly the same amount of recognition as those involving other racial groups, despite occurring in a far more pervasive and systematic nature.  One of the most high-profile debates on racial tensions in Taiwan in recent years, in which a white man from the UK and his Taiwanese girlfriend were verbally accosted by a Taiwanese man while traveling on the MRT, kicked up controversy about the experience of people of European descent living in Taiwan, but seemed to warrant scant conversation about the severe forms of racial abuse that people of Southeast Asian descent experience on a more routine basis. In response to the incident, Academia Sinica professor and deputy director of its Institute of Sociology Wu Chyi-in pointed out that despite the high amount of attention surrounding such a case, it is actually lower-skilled Southeast Asian immigrants who bear the brunt of racial abuse in Taiwan. Wu states that following the deregulation of many industries like construction, Southeast Asian migrant laborers have been viewed as depressing the wages of local workers, despite these industries having been deregulated in part due to a labor shortage caused by local workers refusing to do these kinds of jobs.

Additionally, foreign-born spouses and partners of Taiwanese citizens, many of whom hail from these same countries in Southeast Asia, face similar hardships in attempting to gain legal recognition for their family, particularly in issues related to the custody of their children. Despite the number of such families being on the rise (one out of every ten Taiwanese schoolchildren is estimated to have a foreign-born mother), legal protection for these people, most of whom are women, is either poorly understood or nonexistent. In many cases, the legal status of these immigrants is left completely up to their partner, especially in the four year period during which they are not eligible to apply for Taiwanese citizenship. Many of these spouses face physical and psychological violence from their partners and their partner’s family members. In some cases these women choose to flee rather than remain in the abuse situation, despite the considerable risk of arrest and deportation they face as a result.

The harsh realities of the life that these migrants experience in Taiwan conflicts with its standing as being among the most progressively-minded on human rights of all Chinese-speaking societies. Since opening up immigration to foreign housekeepers and caregivers of the sick, elderly, and children in 1989, Taiwan has witnessed numerous cases of exploitation and physical abuse of migrant workers in live-in caregiving arrangements. These cases, mostly perpetrated by family members of those receiving care, often go unreported due to language barriers as well as a fear that any dealing with the legal system will inevitably lead to deportation, since Southeast Asian laborers in Taiwan are often stigmatized and afforded little in the way of legal protection. In some cases, these caregivers, who are mostly women, are prevented from speaking with others or even leaving the home, sometimes working as long as 14-hour days with minimal payment, and are denied access to basic social services.

THESE MIGRANTS face additional hardships as a result of their financial situations in their home countries, often a source of their reluctance to have contact with the legal system or other organizations that might be able to provide them with aid. In order to make the trip from their countries of origin to Taiwan and to secure employment once here, many of these Southeast Asian migrants must take out large loans in order to pay sometimes exorbitant brokerage fees to the labor agencies that arrange for their employment overseas. In countries like Vietnam, these loans can total up to NT$120,000, which, given the minimal wages that migrant laborers earn in Taiwan, can in many cases amount to a prohibitively large sum reminiscent of an indentured servitude arrangement. These brokerage agencies, some of which are Taiwanese, use this substantial debt burden as an additional tool of coercion, and will often work with the migrant laborer’s employer to forcibly deport the laborer should they attempt to complain about the working conditions.

Lin and Wu’s amendment is targeted at combatting this entrenched system of trafficking in and exploitation of human labor by negating the requirement that foreign labor in Taiwan return to their country of origin after a three-year period in order to apply for a new visa. Instead, workers could remain in Taiwan and be rehired directly, saving both the employer and the employee time and money that would otherwise be lost in a lengthy reapplication process. Additionally, Lin believes that these measures will help to prevent many of these laborers from falling further into a cycle of exploitation as a result of having to renegotiate with the same labor brokerage agencies that contributed to their current circumstances. It is from this aspect of the proposed legislation that she believes that the threats to her life originate, as her amendment will potentially interfere with a substantial amount of profit.

Lin and Wu’s amendment could ameliorate a portion of the problem involving the immigration of low-skilled laborers into Taiwan by giving workers themselves greater freedom in negotiating the extension of their work permits after a three-year period. Workforce Development Agency Director-General Huang Chiu-kuei (黃秋桂) has praised the proposed amendment in its effort to make meaningful changes in the human rights situation. However, issues such as lack of legal recognition for foreign-born spouses, extortion and racial abuse experienced by migrant workers, and physical and sexual violence against domestic housekeepers and caregivers still remain to be tackled. Far more legal and social work needs to be done in order to comprehensively address issues relating to the abuse and exploitation of Southeast Asian immigrants in Taiwan.