11,353 Domestic Cases Reported as Daily Cases Break 10,000 in Taiwan for the First Time

11,353 DOMESTIC COVID-19 cases were reported by the Central Epidemic Command Center (CECC) today. This is the first day in the duration of the pandemic to date that Taiwan reported more than 10,000 domestic cases and yesterday the CECC stated that it anticipated cases to break 10,000 today.

The Ministry of Health and Welfare’s current projections are that cases will reach 26,864 by May 5th, one week from today, seeing as growth for COVID-19 is exponential. That being said, Minister of Health and Welfare Chen Shih-chung also emphasized fines of up to 3 million NT for false reporting of COVID-19 case numbers, after misinformation or disinformation claiming that Taiwan would see 13,428 cases today began to circulate online.

Otherwise, 164 imported cases were reported, 115 of which were found on arrival, and 49 of which were found in quarantine. Two deaths were reported, who were both elderly individuals that were unvaccinated. 23 cases of medium severity were added, with 4 new serious cases added and one case originally classified as of medium severity now classified as serious. Of the 51,504 individuals that have been found to have been infected with COVID-19 this year, 99.70% have light symptoms or are asymptomatic, while 0.27% were of medium severity and 0.03% are serious. 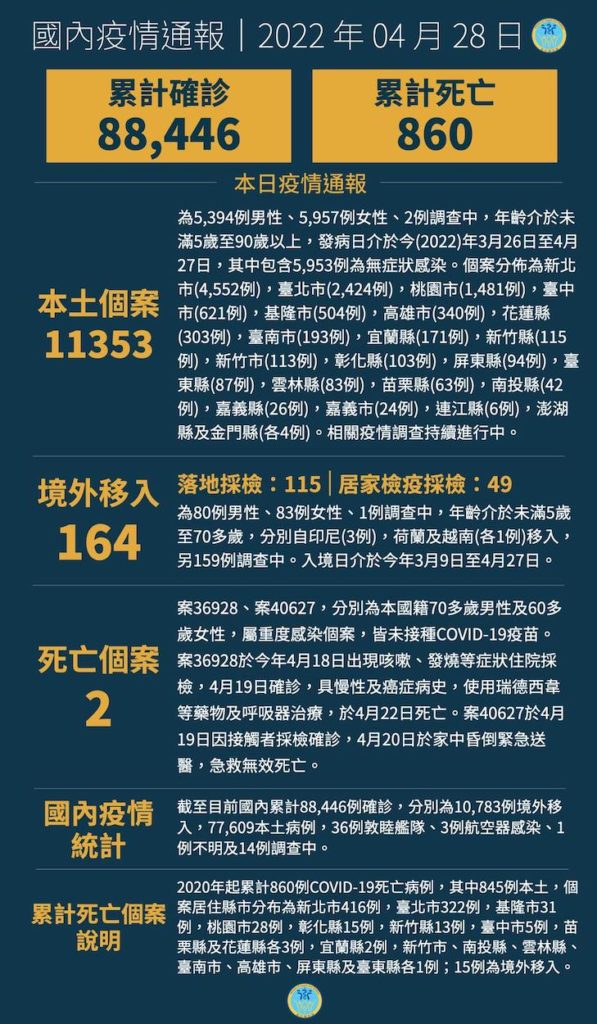 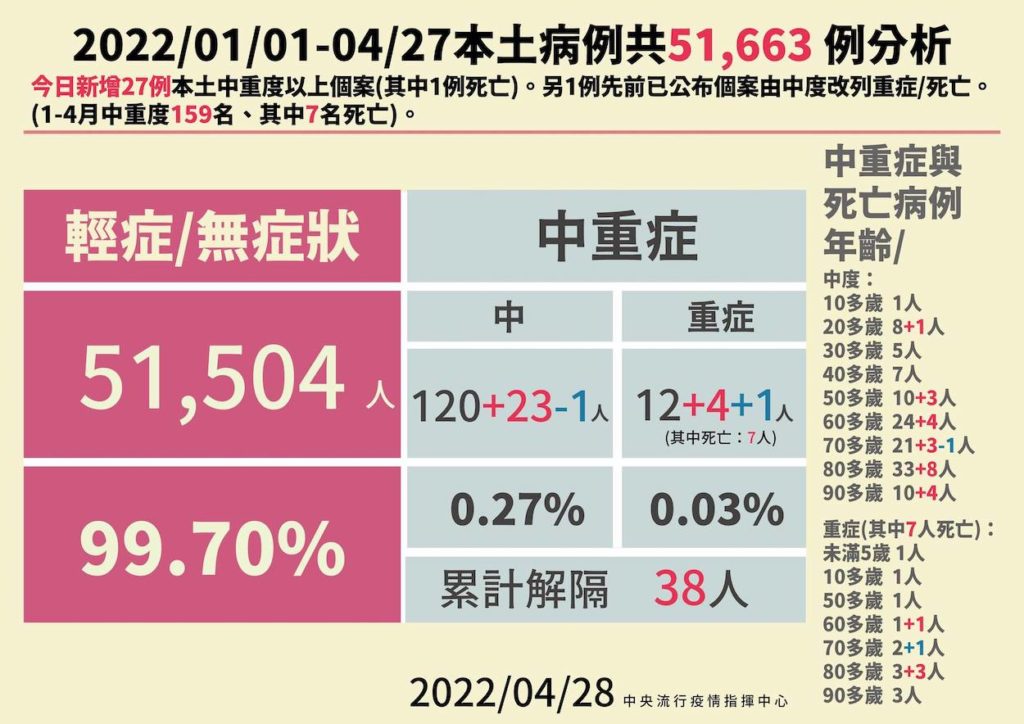 There are currently 143 cases of medium severity and 17 serious cases, while 38 cases have been released from quarantine. Only cases of medium severity and serious cases are being hospitalized to avoid overwhelming the medical system, with light and asymptomatic cases allowed to isolate at home. As such, medical capacity remains stable at present as Taiwan seeks to transition away from a COVID-zero approach to co-existing with COVID-19 while avoiding severe cases of COVID-19.

The CECC has stated that hospital capacity is currently sufficient. In specialized wards to treat COVID-19 and negative pressure isolation rooms, 7,128 beds have been made available, with 4,199 or 58.9% of beds empty.

In 52 centralized quarantine facilities, there are 7,170 beds, of which 2331 or 32.5% are empty. 30 strengthened quarantine hotels nationwide are being prepared for use, in light of an anticipated need for individuals that cannot quarantine at home. 3,439 rooms have been prepared, with 1,482 or 43.1% available. Local governments have been called on to speed up preparations for quarantine hotels.

Cases are heaviest in New Taipei, with 4,552 cases, and Taipei, with 2,424 cases, followed by Taoyuan with 1,481 cases. It is expected that cases will likely eventually spread outside of being centered in northern Taiwan. The CECC has defended suspending contact tracing for Taiwan as a whole with the phasing out of the QR code registration, however, rather than only in northern Taiwan, citing that the coverage of vaccines was nationwide.

With the introduction of a rationing system for COVID-19 rapid tests tied to the National Health Insurance system, there has been a clamor for purchasing tests at 2,323 locations nationwide. 200,000 tests were sold within four hours. This new system is modeled after the rationing system used for medical masks, at a period in which the government was ramping up production of medical masks but supply was still insufficient. Individuals with National ID numbers or ARCs that are odd are allowed to purchase on Mondays, Wednesdays, and Fridays, while those with even numbers are allowed to purchase on Tuesdays, Thursdays, and Saturdays. Both odd and even numbers are allowed to purchase on Sundays.

244,499 tests were sold today out of 415,584 tests available. The rush for COVID-19 tests indicates a strong public desire to conduct testing. Given this, it is possible that voluntary testing measures will play a significant part in COVID-19 strategy for Taiwan going forward.

The National Health Insurance system also crashed between 8:30 AM and 8:45 AM because of the large volume of traffic from individuals hoping to purchase COVID-19 rapid tests. The CECC stated that another major factor leading to the crash was the uploading of medical information from hospitals during this time, given the large number of cases. The CECC will take measures to avoid these issues in the future.

Following the phasing out of the QR code registration system, the CECC again called on members of the public to download the Social Distancing app that will replace it. The more individuals that use the app, the more accurate it will be, with the CECC emphasizing that information on the app would be anonymized at a time in which privacy concerns regarding COVID-19 information centralized by the government have been questioned. 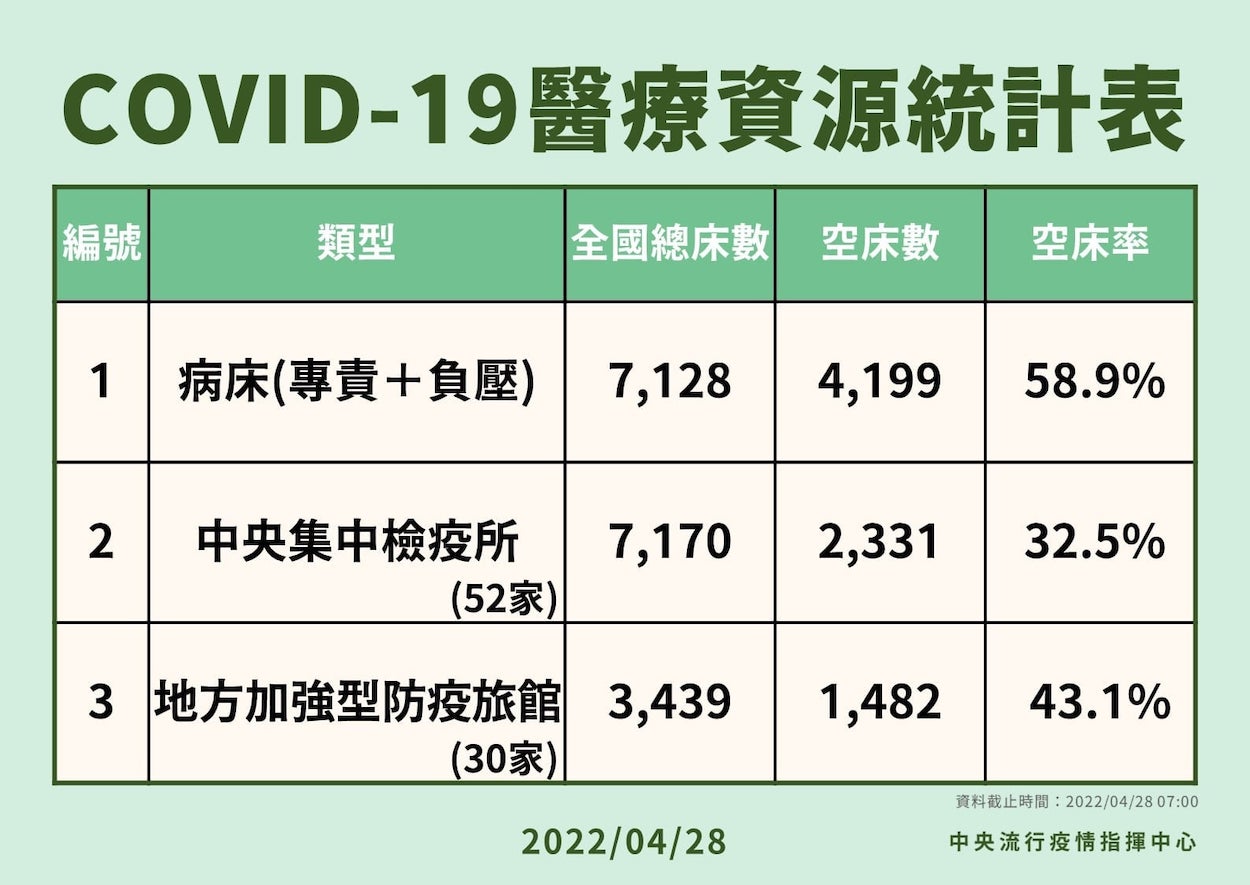 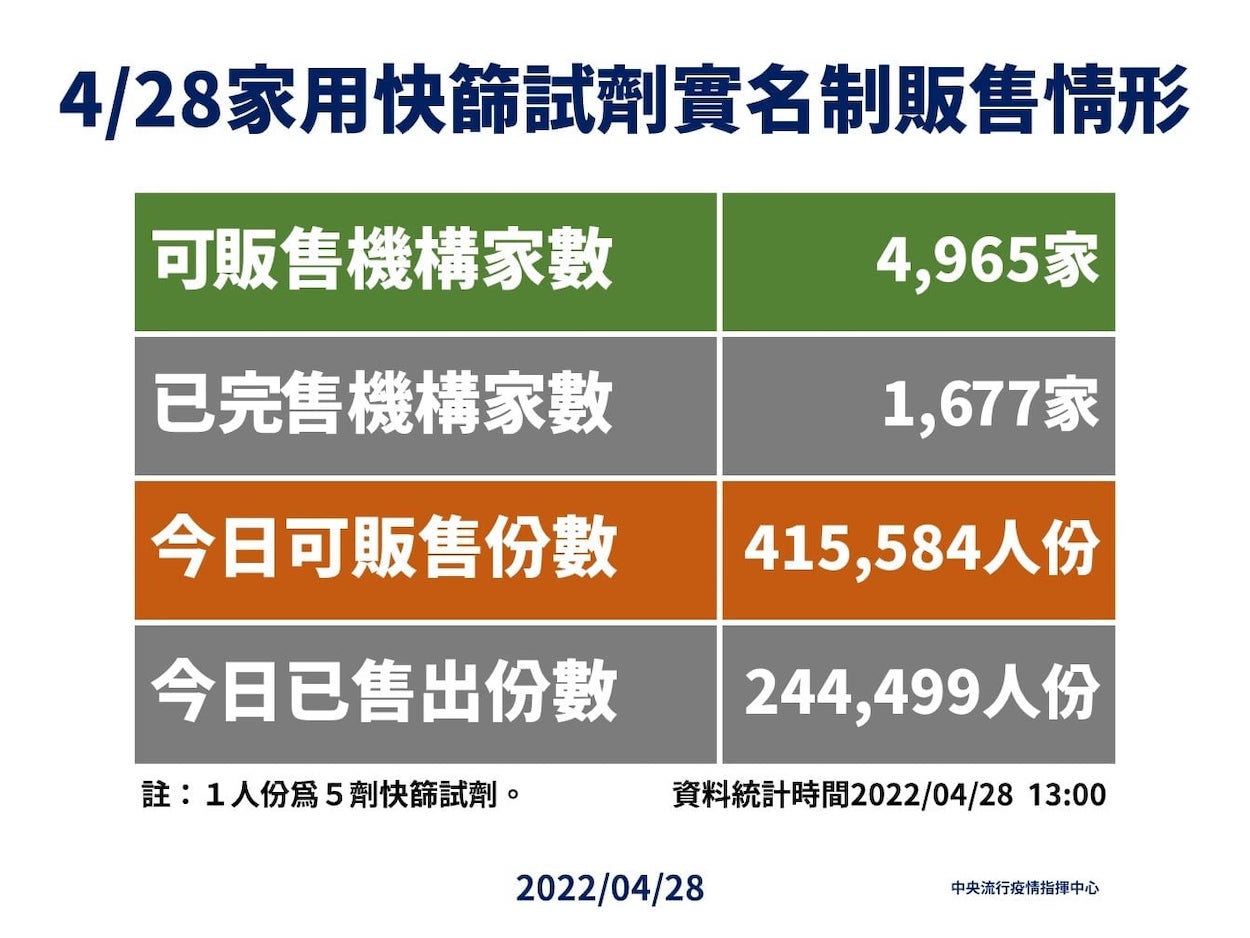 When asked about claims by Taipei mayor Ko Wen-je that Taipei would shift to a “soft lockdown” if the hospital system was overwhelmed, Chen called on Ko to clarify what measures it intended to use as part of this, so that this notion could be considered. Given that medical capacity is still stable, Taiwan looks like it is far from the point at which a lockdown would be considered.

The head of the Taiwan Medical Association was present at today’s CECC press briefing to emphasize that Taiwan’s medical establishment is confident in current measures aimed at fighting COVID-19.

Chen Shih-chung also called on members of the public to continue to be vaccinated, as well as stated that medical professionals should try and convince hesitant patients to be vaccinated. A deal has been signed with Pfizer for Taiwan to purchase 4 million BioNTech vaccines, 2.2 million of which will be used to vaccinate children.