28 CHINESE WARPLANES entered Taiwan’s Air Defense Identification Zone (ADIZ) yesterday. This sets a new record in terms of the number of Chinese warplanes dispatched to Taiwan’s ADIZ, breaking a record that was set in April by 25 Chinese warplanes.

Chinese incursions have been on the increase in the past year and a half. Some periods have seen nearly daily incursions. Apart from simply sending planes to conduct exercises in airspace around Taiwan or conducting naval exercises in waters near Taiwan, China also conducted the first nighttime flight of aircraft in Taiwan’s ADIZ in March 2020. China then announced that it would no longer recognize the median line of the Taiwan Straits in September 2020. 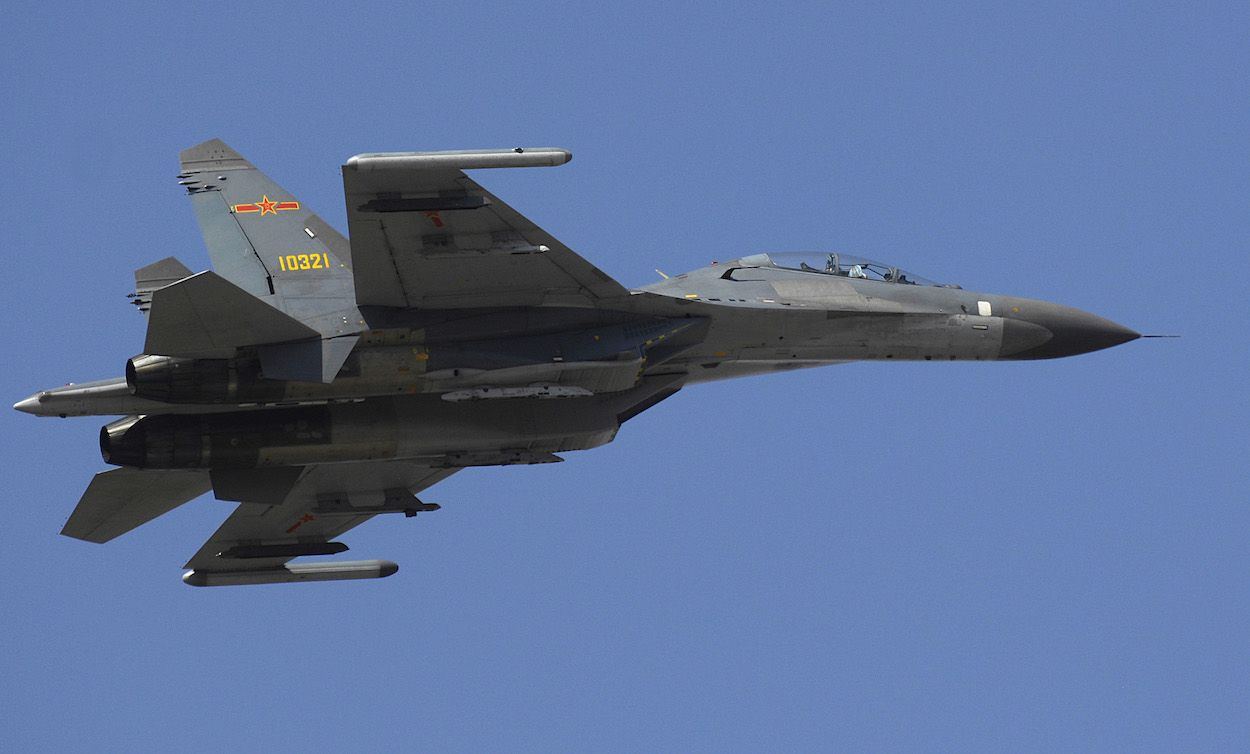 It is thought that China dialing up military exercises around Taiwan was in response to increased international attention on Taiwan, including praise for Taiwan’s early handling of COVID-19, and US support for Taiwan from the Trump administration. This has continued under the Biden administration; large numbers of Chinese planes were sent to airspace near Taiwan for consecutive days around the Biden inauguration. In April, the Chinese flybys took place after comments by Secretary of State Anthony Blinken during a television interview that the US saw “increasingly aggressive” actions by China toward Taiwan as a matter of “real concern.”

Chinese air incursions in the past month have taken place concurrently with Taiwan’s first major COVID-19 outbreak since the start of the pandemic. During this period, China has claimed goodwill toward Taiwan, including a willingness to supply Taiwan with Chinese-manufactured vaccines, while insisting that the Tsai administration only wishes to turn down Chinese vaccines because of irrational hostility toward China. That being said, Chinese threats toward Taiwan evidently continue at the same time. Some of the military incursions that occurred in past weeks are thought to have been in response to vaccine donations to Taiwan by the US and Japan.

China’s flyby yesterday could have had a number of causes, including comments by NATO leaders that similarly expressed concern about Chinese threats. Otherwise, they may have taken place in response to the USS Ronald Reagan entering the South China Seas as part of what the US claimed to be a “routine mission.”

In particular, however, the flyby may have taken place because of recent statements from the G7 Summit emphasizing support for peace in the Taiwan Straits. Comments by the G7 have been highlighted as of particular importance in Taiwanese political discourse, because this may have growing international support of Taiwan—not simply by the US under the Trump or Biden administration, or from Japan.

This perhaps is illustrative of how strengthened international support for Taiwan may prove a double-edged sword for Taiwan. While the Tsai administration will no doubt welcome international support, at the same time, this is likely to lead to increased military threats directed at Taiwan from China. Such military threats are primarily for intimidation, but they raise the odds of an accident leading to conflict, and they occur with such frequency that they likely also serve the secondary purpose of being a form of training exercise for the Chinese military.

Similarly, one notes that international support for Taiwan and Chinese reactions against such support must be analyzed on multiple levels. It is true that the past year has spotlighted Taiwan internationally, with much of the world seemingly only becoming cognizant of the central role played by Taiwan in international supply chains for semiconductors and other key industries. At the same time, with more general anxiety regarding China’s geopolitical and economic place in the world from western powers, Taiwan serves as a useful issue through which the international community can frame criticisms of China, or to build geopolitical consensus.

In this sense, support for Taiwan is sometimes meant as a cementing issue for primarily western powers to articulate grievances against China, more than it is reflective of direct support for Taiwan—something that may actually be the secondary and not primary aim. But, to that extent, Chinese military exercises against Taiwan may also have threatening Taiwan as the secondary rather than primary aim, with grievances primarily directed against an international community whose stance against China is perceived as hardening. Though this is nothing new for Taiwan, which has long been caught between the geopolitical tensions of larger neighbors and used as a proxy issue, Taiwan stands to be caught in the cross-fire where this is concerned.