IN RESPONSE to the arrest of three former Demosisto members in Hong Kong, the Tsai administration has suggested new measures to assist Hongkongers seeking residency in Taiwan. The three former Demosisto members that were arrested are Joshua Wong, Agnes Chow, and Ivan Lam, who are respectively 24, 23, and 26. The trio was sentenced on charges related to a protest last June, ranging from charges of having organized the demonstration to simply shouting slogans at it.

The Mainland Affairs Council (MAC) has stated that it will coordinate with other government ministries in order to loosen restrictions on Hongkongers seeking residency in Taiwan, holding interdepartmental meetings in order to address this issue. This will primarily focus on providing measures for talented Hong Kong graduates to work in Taiwan, extending the time that white-collar Hong Kong professionals can reside in Taiwan, and creating a channel for Hongkongers to invest in Taiwan. The new measures, if enacted, will also likely apply to individuals from Macau, who are categorized alongside Hongkongers in many ROC laws and regulations. 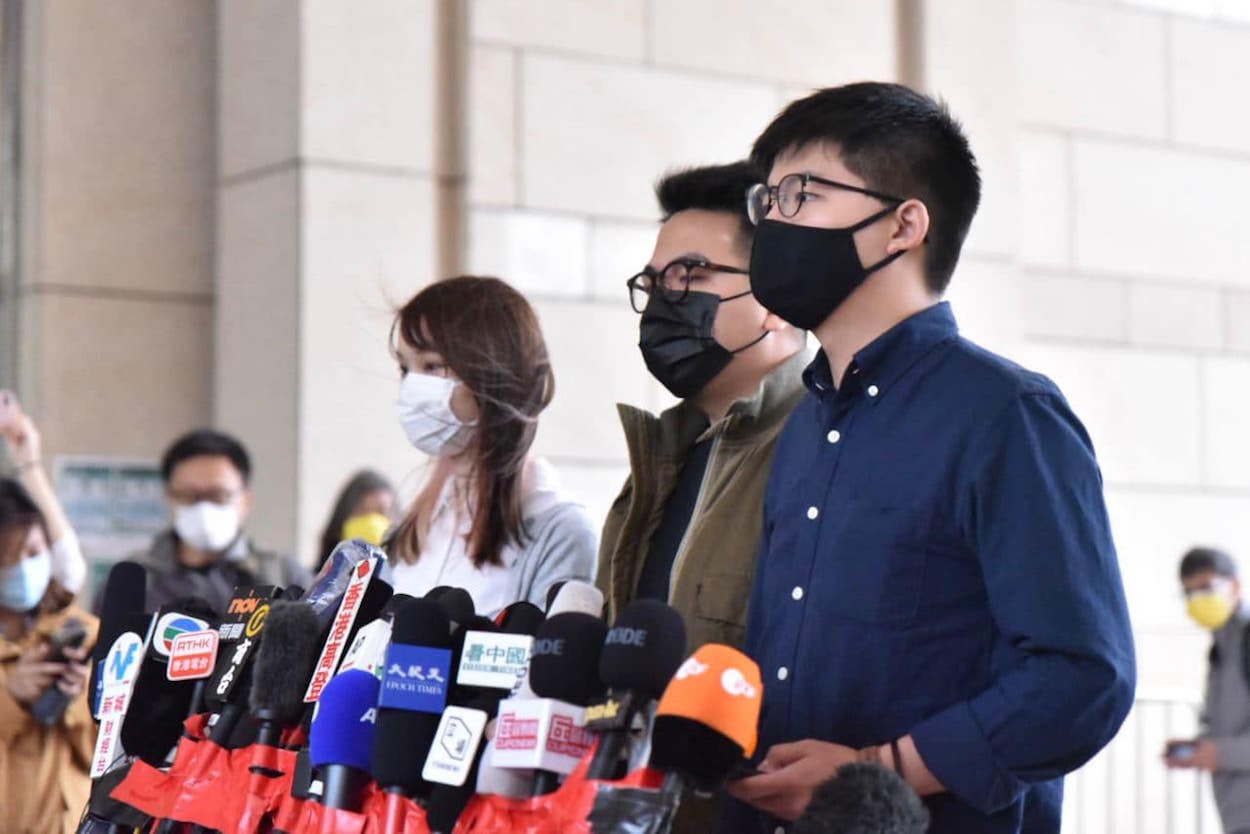 The Tsai administration’s measures to help Hongkongers have generally focused on assisting Hongkongers obtain the means to work, study, or invest in Taiwan. An office to assist Hongkongers, the Taiwan-Hong Kong Office for Exchanges and Services, was set up in July, with the unveiling of the office taking place on the same day as the passage of the national security law in Hong Kong.

At the same time, it is generally a question as to whether such measures will genuinely provide aid to those most in need of it. Taiwan’s lack of a formal asylum application process, something that Taiwanese human rights NGOs have long called for the government to enact, has resulted in asylum seekers being turned away in the past. This has resulted in the arrest of Chinese asylum seekers after being forced to return to China, as well as situations such as two Chinese asylum seekers being stranded in Taoyuan International Airport for over one hundred days in 2018 and 2019. The Taiwanese government has to date instead handled asylum seekers on an individual case-by-case basis, despite that measures to vet asylum seekers for security purposes would likely be less arbitrary and more comprehensive if there was a formalized procedure.

Hong Kong asylum seekers have also been denied travel to Taiwan on the auspices of COVID-19. This is what took place in the case of nineteen-year-old Tony Chung, the convenor of the since-disbanded Studentlocalism group, who became the first person to be arrested under the national security law. Chung previously inquired about the possibility of asylum in Taiwan, but was denied travel to Taiwan because of the ongoing pandemic. The MAC has denied receiving any request for asylum from Chung.

Indeed, it is probable that the Tsai administration is simply hoping to appear as though it is assisting Hongkongers facing political threats, given the insufficiency of the new measures. One notes that many of those facing political threats are not even college graduates, as in the case of Chung, or with regards to Joshua Wong and Agnes Chow, who only recently graduated college. In reality, the Tsai administration’s actions may be better framed as seeking to reap the benefits of Hong Kong’s plight, by attracting young, talented students or investment opportunities from Hong Kong, but doing little to genuinely aid those facing threats.

To this extent, there continues to be a lack of clarity about the current status of Hongkongers that have made it to Taiwan. In September, journalist Edd Jhong drew controversy after claiming that five Hongkongers have been held by Taiwanese authorities since July, having been taken to Kaohsiung after their boat ran out of fuel. Although the veracity of these claims is still unclear, Jhong was criticized because of the need for secrecy involved in efforts to assist Hongkongers. That being said, the Tsai administration seems to still struggle with efforts to maintain the right balance of confidentiality and transparency when it comes to what measures to assist Hong Kong asylum seekers are, in fact, being carried out.