Tsai Recognizes Authoritarian Regime Reminiscent Of The Past KMT In Honduras

THE IRONY, not to mention hypocrisy, of Taiwanese president Tsai Ing-Wen acknowledging Juan Orlando Hernandez as president of Honduras is deep. Namely, Honduras is presently in the midst of a voter fraud scandal, with Hernandez accused of having won the election through fraud. For Tsai to acknowledge Hernandez as president of Honduras, particularly when Taiwan has its own long-standing issues of vote buying, as a means by which the KMT held onto power during the authoritarian period, is highly hypocritical. This would be Hernandez’s second term as president and under Hernandez’s rule, the Honduran police is accused of killing political dissidents, and allowing organize crime to freely carry out street killings.

In a Tweet congratulating Hernandez, Tsai seemed to vaguely acknowledge the controversy, mentioning that Hernandez had been “confirmed by the Honduran Supreme Electoral Tribunal.” Indeed, Hernandez has maintained his grip on power in power in Honduras through controlling the legislature, the Supreme Court, the military, the police, the attorney general, and the Supreme Electoral Tribunal, not unlike how these official institutions were how the KMT maintained power in Taiwan during the authoritarian period.

Notably, as presidents of Honduras are normally limited to one term, Hernandez made a successful bid in 2016 to overturn term limits before his 2017 run using his control of the Supreme Court, with it being ruled that the Constitution did not apply. Again, shades of Taiwan, given Taiwan’s history of lifetime dictators.

At present, the human rights situation in Honduras remains dire. Honduras has one of the highest murder rates in the world, due to organized crime groups that operate with impunity, and police killings. Among the murdered are political activists critical of the government, LGBTQ activists, journalists, and lawyers.

More generally, Honduras shares with Taiwan the history of having right-wing government propped up by the United States as part of Cold War anti-communism, and as a result, Honduras also went through a period of military rule, disappearances of political dissidents, and the like.

In this period, much as how Taiwan was referred to as an “unsinkable aircraft carrier,” during American efforts to enact regime change in Nicaragua, which shares a border with Honduras, Honduras was referred to as “the world’s only land-based aircraft carrier.” As an object lesson for Taiwan, America has generally attempted to prevent liberal governments that might attempt to shift Honduras away from America’s sphere of influence from coming to power, orchestrating coups that deposed democratically elected governments to do so.

And while many in Taiwan are aware of America’s Cold War history of democratically elected governments overthrown of for the sake of anti-Communism but believe that this could never happen to Taiwan, or that this is ancient history, the most recent such coup in Honduras was in 2009. This was with the US under the first year of the Obama administration and occurred during Hillary Clinton’s tenure as secretary of state backing a military coup to prevent left-leaning Manuel Zelaya from being restored to power.

With the US under Trump acknowledging Juan Orlando Hernandez as president, this pattern continues. This occurred despite the voting controversy, something that international observers have cited as readily apparent in voting, the Organization of American States calling for a new vote. Opposition candidate Salvador Nasralla would back down following US support for Hernandez, illustrative of the sway that America has over Honduras. 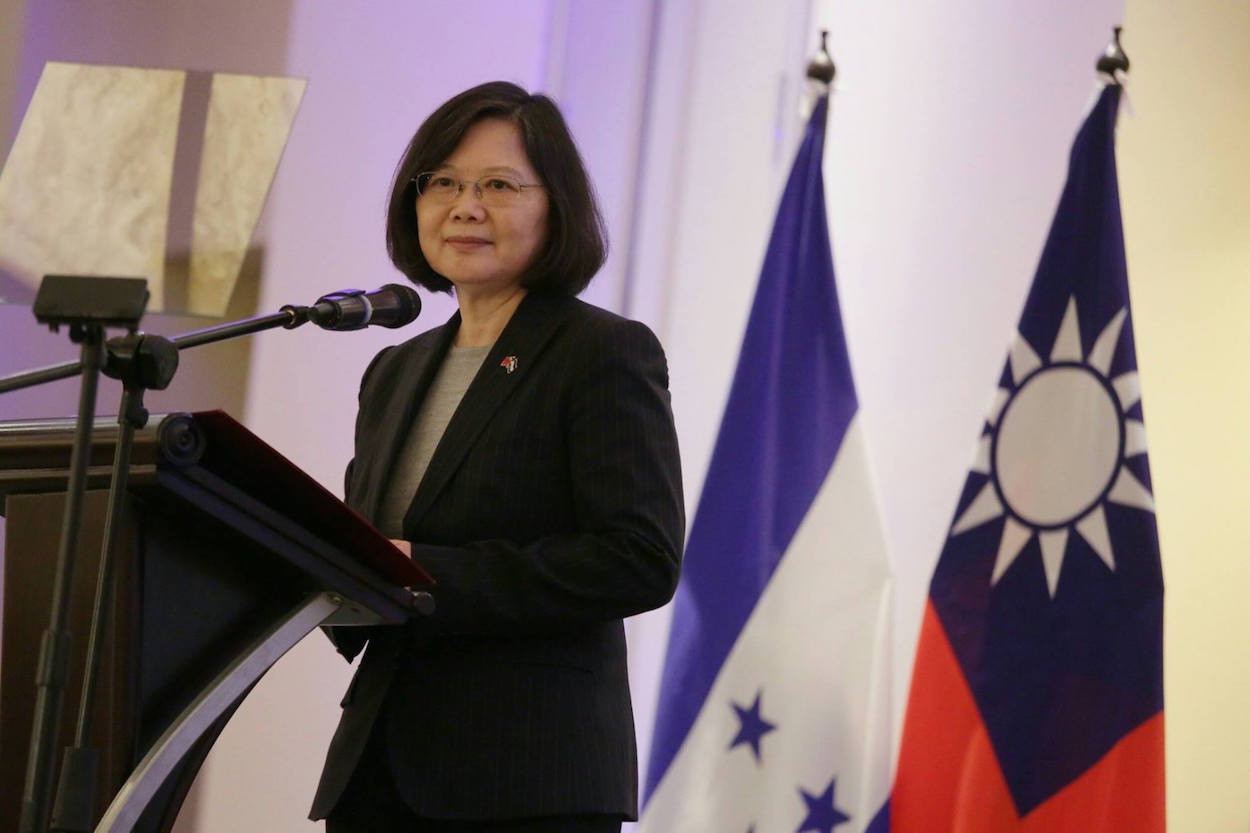 Interestingly, Taiwanese support for Honduras would be a case of following America’s lead regarding controversial actions in the international community when Taiwan did not, for example, acknowledge Jerusalem as the capital of Israel when the Trump administration did. As this was seemingly indicative of that recognition by the international community as a respectable partner took priority over following America’s lead with regards to controversial diplomatic moves, such actions by Tsai likely return to the longstanding relationship between the ROC and Honduras, rather than conforming to the will of America.

But, of course, for Tsai, it seems that maintaining diplomatic ties with Honduras is more important than human rights. As Tsai cited in her Tweet, Hernandez was the first world leader to call and congratulate Tsai after her election victory in 2016. Given such close ties, Tsai began her Central American tour in January 2017 in Honduras. Hernandez also visited Taiwan in early October and was welcomed with a state banquet and honors.

While Tsai has cited the importance of building stronger trade ties with Honduras during past diplomatic exchanges, one generally suspects that dollar diplomacy to maintain Taiwan’s limited diplomatic allies could be a major factor. During a 2007 visit to Honduras by Chen Shui-Bian, Chen agreed to invest $300 million USD in the country to build an hydro-electricity powered electronics plant which would revert to Honduran control after thirty years, despite that Taipower deemed this as a $35 million dollar loss.

Indeed, maintaining ties with Honduras has generally been consistent between DPP and KMT administrations underneath the ROC framework. Dollar diplomacy by a DPP administration with Honduras fits in with the pattern of behavior by the previous administrations when it came to a number of Latin American countries with murderous, dictatorial regimes, so long as they acknowledged the ROC and not the PRC. Like many other matters, this is an issue in which the DPP has not substantially broken from the KMT. 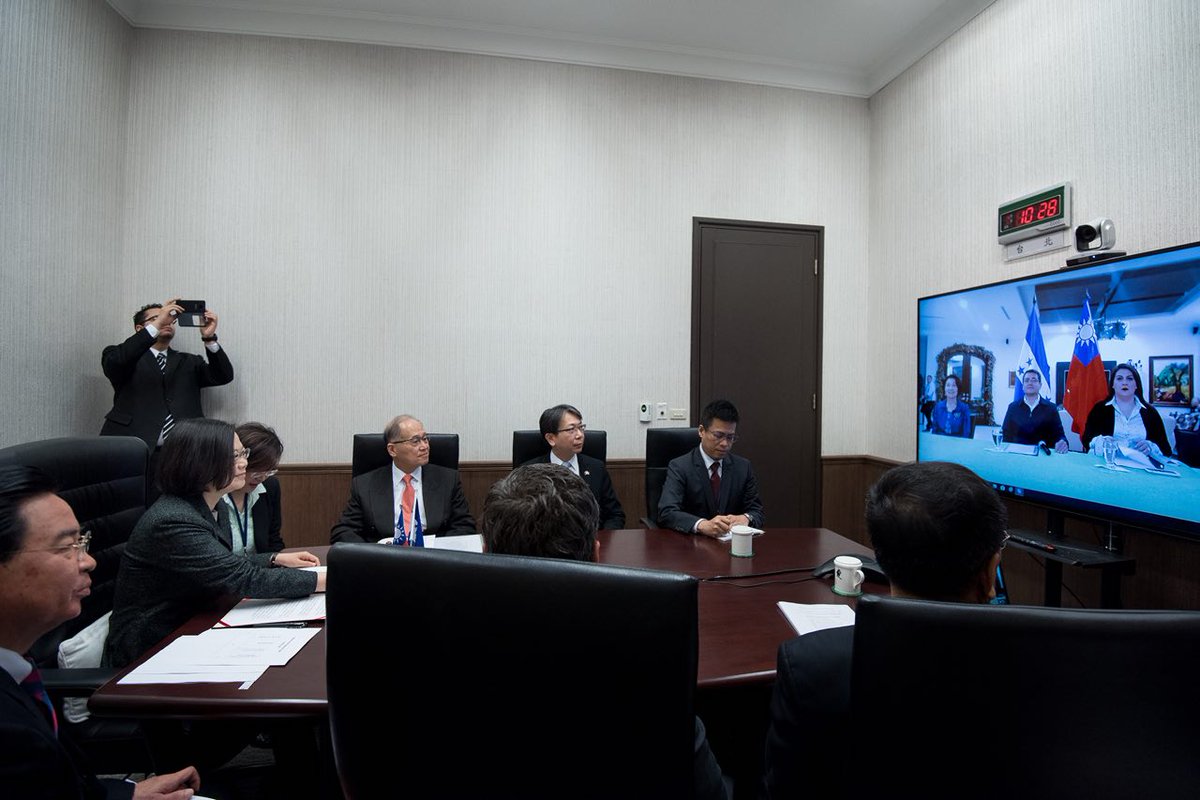 Namely, it was the KMT which began the pattern of supporting authoritarian, dictatorial regimes in order to maintain diplomatic allies against Chinese poaching of the ROC’s diplomatic allies. But the DPP failed to break with this behavior both before and after it took political power in Taiwan. In the 1990s, for example, actually in a period before it had taken power, the DPP was happy to build ties with apartheid South Africa at a time in which South Africa was increasingly under fire internationally for apartheid. And in many ways, through practices of dollar diplomacy support of authoritarian regimes, the Chen administration did not differ from past actions of the KMT, as observed in Latin America and other contexts.

All too predictably, however, there will also be those who insist on this as being necessary for Taiwan, but this reveals how the diplomatic rhetoric of the Tsai administration is merely empty words disguising naked self-interest for Taiwan.