TAIWANESE PRESIDENT Tsai Ing-wen has enjoyed a halo of public approval over the past year, because of Taiwan’s successes fighting off COVID-19. It was only until recently that Taiwan has seen a sudden escalation of cases, following an explosion of close to 1,600 cases in the past week, since May 14th.

Before that, COVID-19 cases had been kept to around 1,300, with Taiwan having avoided the expansive lockdowns that the rest of the world has seen. Although Taiwan still has not gotten to the point of a full lockdown, currently the nation is at level three, meaning near-lockdown conditions in which indoor gatherings of more than five and outdoor gatherings of more than ten are forbidden—though businesses are allowed to keep operating. 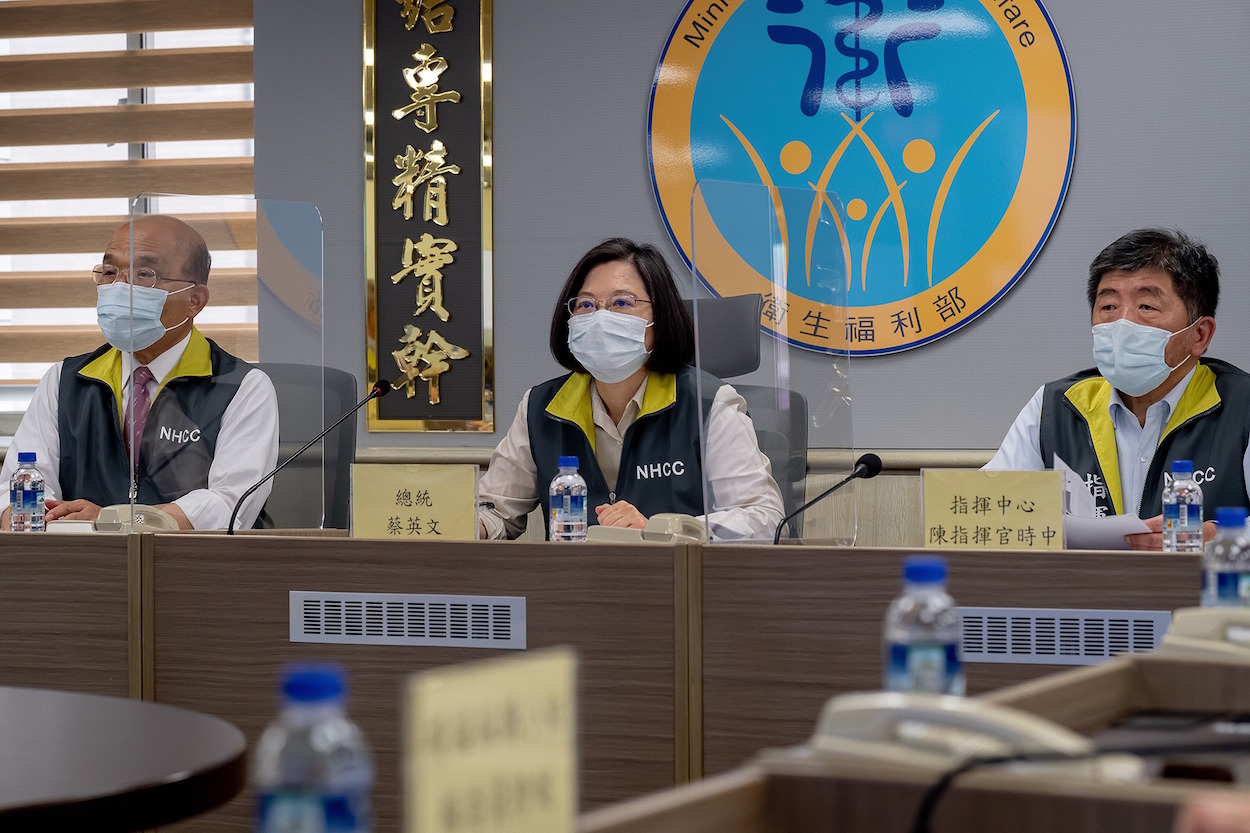 A question, then, is whether the Tsai administration will be blamed for having allowed the outbreak to take place, with blame for the current outbreak outweighing the previous accomplishment of having avoided any serious impact on Taiwan from COVID-19 for over a year. Any blow to Tsai’s popularity from just the COVID-19 pandemic will also reflect the fact that there were two unexpected power outages across Taiwan over last week, which occurred due to power grid issues that left the Hsinta Power Plant in Kaohsiung operating at partial capacity.

The DPP may be fortunate that this year is not a presidential election year, with the next presidential election set to take place in 2024. The DPP may be able to recover between now and 2024. But it is possible that the upcoming national referendum in August will be used as a referendum on the DPP’s governance. If the DPP is further unlucky, displeasure against the DPP will spill over from referendums into 2022 local elections.

Although the outages were due to issues with the power grid, not due to overall lack of power supply, the DPP will face difficulties persuading the public of this. As such, it is likely that the referendum in favor of nuclear energy will pass, with the KMT claiming that nuclear energy is necessary for Taiwan’s energy needs and that it can solve Taiwan’s issues with worsening air pollution. That being said, while the DPP was the historically anti-nuclear party in Taiwanese politics, the DPP also quietly approved nuclear restarts under the Tsai administration.

Less opaque are what the results of the other three referendum questions set to be voted on will be, including regarding ractopamine-treated pork imports from the US, a liquified natural gas (LNG) terminal to be built near Taoyuan that environmentalists fear will damage coral reefs, and whether to move the date of referendums to coincide with elections. The KMT and DPP have switched positions on the issue of ractopamine-treated pork and the LNG terminal, with the Ma administration having pushed for opening Taiwan to pork imports from the US and the KMT having drawn up the original plans for the LNG terminal.

Yet now that the DPP holds power and is no longer the opposition, it now backs opening Taiwan to pork imports from the US, in hopes of cementing stronger economic ties to incentivize the US to defend Taiwan in the event of a Chinese invasion. Likewise, it views the LNG terminal as necessary for Taiwan’s energy needs, particularly with LNG supply proving limited in the event of a Chinese invasion. Moreover, it was originally the DPP that pushed for lowering the benchmarks needed to hold a national referendum, but it later adjusted the date of referendums to take place on separate days from elections. This took after the KMT was able to successfully leverage on national referendums to benefit its election campaigns in 2018—the KMT is hoping to move referendums to again take place on the same day as election days in the hopes of being able to repeat its 2018 successes.

The DPP has stated that it reduced the size of the LNG terminal from original plans and that it will shift its development further off the shore of Taoyuan. It is to be seen if this satisfies environmentalists, with splits opening up in the environmental movement after this announcement, and because of the perceived co-optation of activists against the LNG terminal by the KMT.

In the meantime, it can be expected that the KMT will leverage on the current outbreak to attack the Tsai administration. Apart from that members of the KMT have called for Minister of Health and Welfare Chen Shih-chung’s replacement—or even execution—for allowing the outbreak to occur under his watch, the KMT has been dismissive of current lockdown measures. 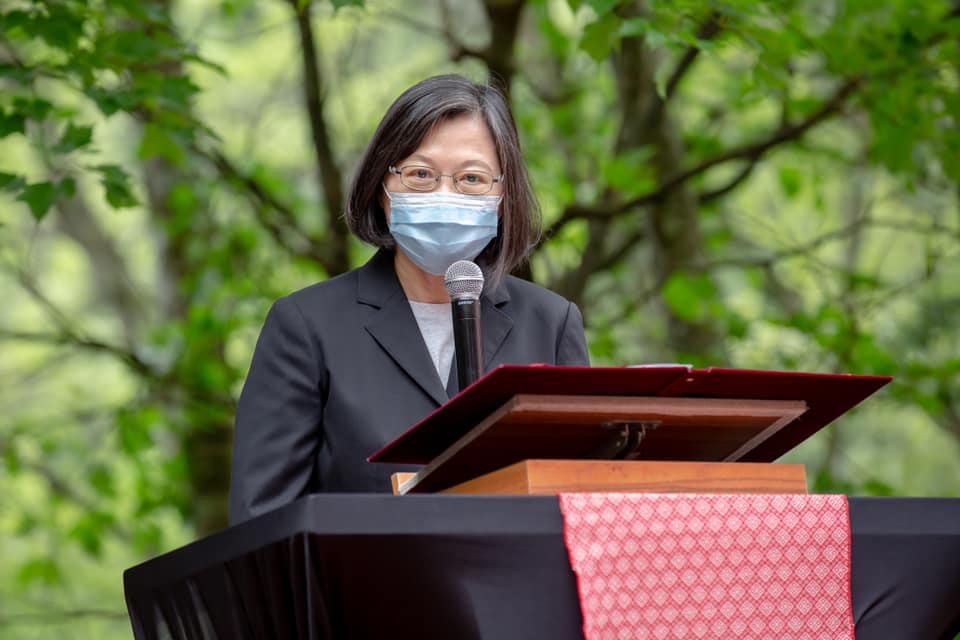 In a Facebook post earlier this week, KMT Central Standing Committee member Sean Lien stated that lockdown measures would be useless and that only vaccines would be able to save Taiwan from a COVID-19 outbreak. Lien’s comments are indicative of the line of attack that the KMT will likely take in the near future, attacking the Tsai administration for its inability to obtain COVID-19 vaccines and its unwillingness to open Taiwan to Chinese vaccines, and claiming that this reflects lack of effort in doing so.

It is thought that one of the reasons why Taiwan has been unable to obtain western-produced vaccines is due to interference from China, because the Asia region distributors for key western vaccines are Chinese companies. The KMT will allege that, as the China-friendly party in Taiwanese politics, if it were in power, there would not be such interference from China, much as how China refrained from poaching diplomatic allies of Taiwan during the Ma administration’s years in power. Even in the midst of the current outbreak, Chinese diplomatic poaching continues, with Honduras recently warning that it may switch recognition to the PRC because of the PRC’s ability to provide it with vaccines. Despite polling data showing widespread suspicion of Chinese vaccines, the KMT may go further in alleging the safety and efficacy of Chinese vaccines and try to engender the perception that the Tsai administration is simply irrationally hostile toward the notion of accepting vaccines from China.