211 Domestic Cases Announced in a Decline from the Weekend, 26 Deaths Confirmed

211 DOMESTIC CASES were announced at the CECC press conference today. The backlog is taken care of now, so there are no backlog cases, and there were three imported cases. 26 deaths were announced.

The largest number of cases were in New Taipei, with 82 cases, followed by Taipei with 60 cases. There were fifteen cases in Miaoli, down from yesterday, with fears of COVID-19 clusters among migrant workers. Otherwise, there were eight cases in Changhua, three cases each in Keelung, Taoyuan, Hsinchu City, and Penghu, and one case each in Yilan, Pingtung, Hsinchu County, and Chiayi.

The case was visibly lower than in past days, with 476 domestic cases on Saturday and 335 domestic cases yesterday. However, Minister of Health and Welfare Chen Shih-chung warned today that this might be due to lower testing over the weekend, as it is too early to see if this represents a decline. Cases may be higher tomorrow, as a result.

Information released by the CECC on the extension of the level three alert. Photo credit: Ministry of Health and Welfare/Facebook

The Executive Yuan announced in a press conference this morning that the current level three alert would be extended until June 28th, something that was anticipated ahead of time. School closures will continue until July 2nd, extending closures into when vacation would have started, and this will necessitate some final exams to be moved online or otherwise canceled. Summer camp or club activities will be canceled, while PTS and TTV will continue to provide resources for online teaching. New student registration for below the high school level will take place online and the Ministry of Education will take measures to avoid students having to return to their dormitories and clean them out, possibly leading to unnecessary travel that could spread COVID-19. Forestry areas will also be closed until June 28th.

While Chen reiterated what strengthened level three measures consist of, these were primarily the same measures as before, with the CECC stating that current measures have proven sufficient to prevent a rapid explosion in COVID-19 cases. Outdoor markets, supermarkets, and general stores are required to control crowds, maintain social distancing measures, provide hand sanitizer, and increase disinfection of bathrooms.

Testing continues at three electronics factories in Miaoli where COVID-19 cases have been found among migrant workers. In addition to the previous cases at a factory owned by Toyo Electronics, 1,391 workers out of more than 2,000 at a Chaofeng Electronics factory have been tested, with 36 positive test results. Ten people have tested positive at a third factory owned by Zhibang Technology. The rate of infection is very different between the three factories.

Migrant workers that are in quarantine will be provided 1,000 NT per day, including workers that test negative but are listed as contacts of positive cases. Work shifts are to be divided to avoid crowding, with efforts made to provide more space in migrant worker dormitories with over 50 workers, of which there are over 1,068 in Taiwan. The Ministry of Labor is in contact with 2,000 migrant workers in need of support, while efforts are being made to provide COVID-19 related tips to migrant workers using multilingual apps. Businesses can carry out testing of their workers but are not being forced to do so.

There are currently more than 100 rapid testing stations set up nationwide, with six in Taipei, though twenty hospitals are also carrying out rapid testing, 14 in New Taipei, 33 in Kaohsiung, 20 in Nantou, 13 in Taichung, eight in Penghu, five in Lienchiang County, two in Taitung, and one each in Miaoli, Hualien, Hsinchu, Pingtung, Tainan. New Taipei has stated that it will expand its testing sites.

Information released by the CECC on the extension of the school closures. Photo credit: Ministry of Health and Welfare/Facebook

71.5% of deaths are over 60, with between 8 to 10 days from onset of symptoms to death, though some have died within two or three days of symptoms. 13 of the deaths yesterday were only confirmed after COVID-19.

Taiwan is purchasing antibody medications to treat severe cases of COVID-19, but will not be purchasing medications whose Emergency Use Authorizations were revoked by the US.

According to Premier Su Tseng-chang, a large portion of the 1.24 million vaccines that were donated by Japan last week will be reserved for individuals over 75 years old. With vaccinations of categories one to three, this is waiting for some time to pass before opening this up to other categories, because categories one to three consist of individuals with more contact with people that possibly have COVID-19.

The CECC is not waiting for categories to be 100% vaccinated before opening this up to other groups. If there are sufficient vaccines, members of the public may be allowed to pick which brand of vaccines they receive, but currently Taiwan primarily has AstraZeneca vaccines.

Seven soldiers in the air force have tested positive for COVID-19. This adds to a total of seven members of armed forces previously diagnosed with COVID-19. Six workers at a restaurant in Taichung were found to be positive with COVID-19. 344 individuals have been tested in connection with the restaurant, all of which had negative test results.

A 41-year-old tourist bus driver living in Wugu, New Taipei was found dead after jumping from the sixteenth floor of the building he lived in. It is thought that his death was due to poor business, something that had pushed the man to depression and alcoholism.

Taipei mayor Ko Wen-je has been criticized for being slow to take measures to restrict crowds at traditional markets. Keelung mayor Lin Yu-chang has been among those to criticize Ko, stating that Ko was slow to listen to him. An online poll held by popular influencer Holger Chen found that a majority of participants approved of Ko’s performance, with 100,000 satisfied and 40,000 dissatisfied with Ko’s performance. An earlier poll by Chen found that 24,000 were dissatisfied with President Tsai Ing-wen’s performance, while 10,000 were satisfied. Though the poll is hardly scientific, it will have an impact on public discourse regarding approval ratings for politicians handling Taiwan’s COVID-19 response. Ko emphasized that Taipei’s medical resources are currently sufficient today in a press conference.

According to Ko, the rate of infection at testing sites was 4.7% yesterday, which is up from 3.5% the day before but still down. A National Taiwan University professor at the New Taipei press conference today said that Rt was currently 1.16. 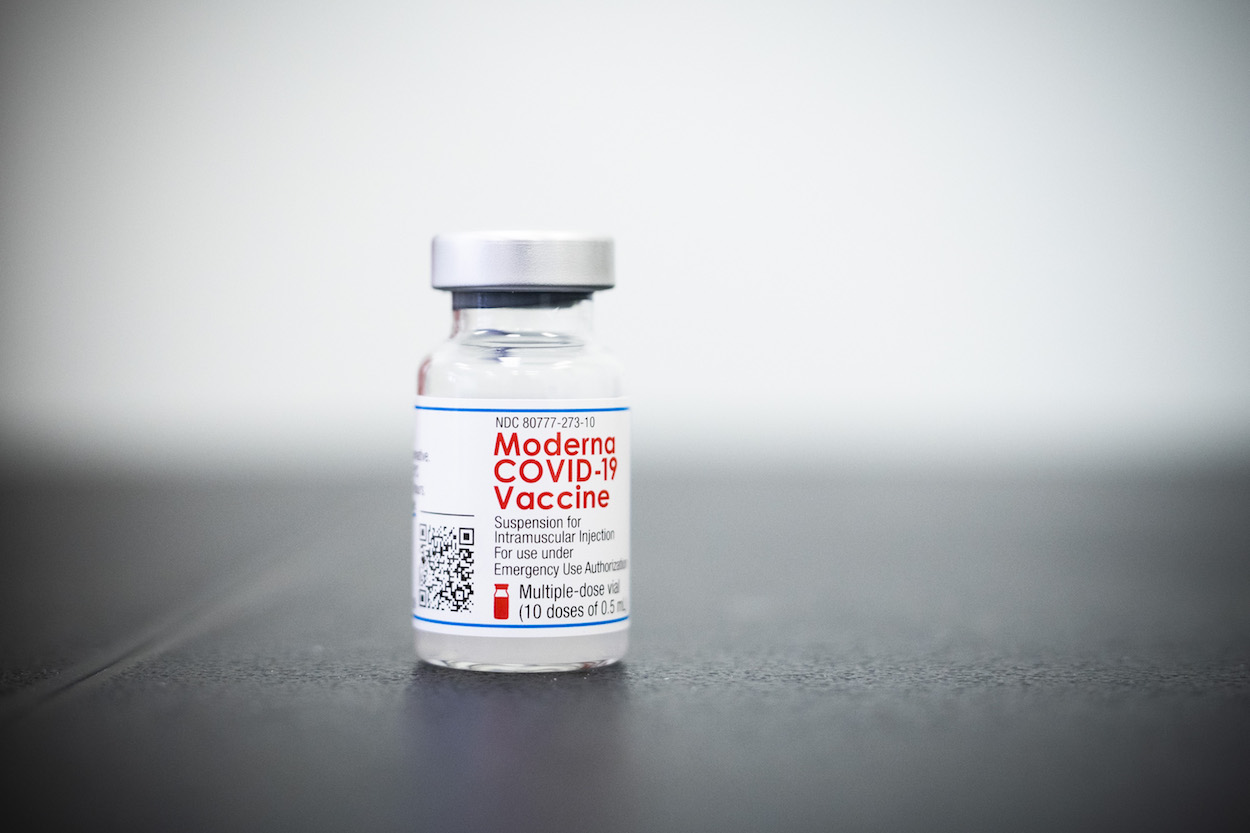 The first wave of the Executive Yuan’s economic subsidies rolled out during the outbreak were distributed on June 4th, with close to 100,000 in Tainan receiving subsidies. Applications go until the end of the month and individuals are encouraged to apply by mail or online, so as to avoid crowds. However, with more than 850,000 individuals attempting to log in to the website at the same time, this has led waiting time for website applications to exceed one day. Applications go until July 5th.

Panic broke out in Chiayi after reports that a CPC Corporation training facility had been requisitioned to serve as a quarantine center for migrant workers diagnosed in Miaoli. This later was found to be misinformation, with authorities currently investigating the possibility of disinformation.

Although many members of the public have donated food and drink to doctors and nurses working to contain the current outbreak, they have been urged not to donate expired food.

70,000 doses of the 150,000 doses of the Moderna vaccine that arrived in Taiwan on May 28th are expected to be distributed to local governments tomorrow. Vaccination will prioritize category one medical personnel.

The CECC is not sure when vaccines from the US are to be sent, though it has received contracts to sign and is taking care of other administrative tasks. The CECC has stated that it will quickly take care of these tasks. Chen stated that even with domestic vaccines being manufactured, Taiwan would still welcome donations or purchases from other countries, as Taiwan is working on both aspects simultaneously.