THE RECENT DECISION of the Tsai administration to allow for nuclear reactor restarts in Taiwan of the No. 1 reactor at the Guosheng nuclear power plant and the No. 2 reactor at the Ma-anshan plant in order to accommodate the energy needs of the upcoming summer is one which seems politically miscalculated and almost certainly set to cause protest against the Tsai administration. The Atomic Energy Commission approved the restarts on Monday, with the decision originally first announced by Minister-without-portfolio Chang Ching-Sen on Facebook on Thursday. It is unknown why the decision was made to let Chang, known for his public gaffes and insulting comments, particularly towards Taiwanese youth activists, first make the announcement.

Certainly, the Tsai administration is hoping to avoid rolling power blackouts in the summer which, based on past precedents, could prove disastrous for its approval ratings. But the decision to allow for nuclear power restarts will also be highly unpopular. As with past presidential administrations, the Tsai administration has vowed to realize a “nuclear free homeland” in Taiwan, something it claims it will accomplish by 2025. Seeing as this is probably an unrealistic timeline, given the lengthy period of time developing alternative energy sources in Taiwan capable of meeting Taiwan’s energy needs, it is highly likely that the date of 2025 was chosen because it would actually be one year after the end of the Tsai administration’s tenure, assuming that Tsai wins her presidential reelection bid in 2020. 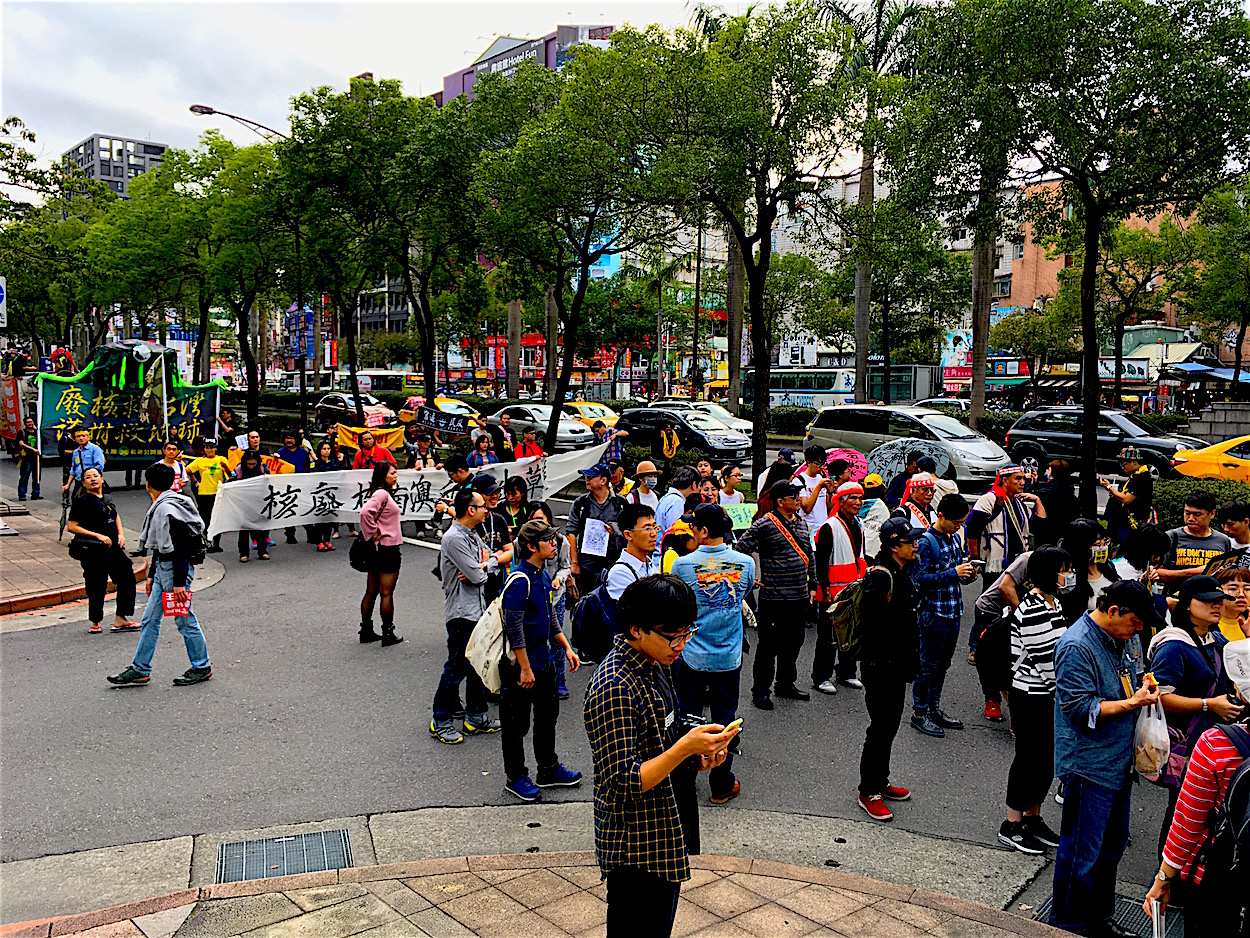 Nevertheless, the Tsai administration campaigned on the promise to realize a nuclear free Taiwan, a particularly sensitive issue in Taiwan with regard to the history of the Taiwanese environmental movement, and it would not be surprising if the publicly reacts badly to what will be taken as the Tsai administration backsliding on its anti-nuclear campaign promises. The Tsai administration claims that restarts for No. 1 Guosheng and No. 2 Ma-anshan reactors are not incongruent with the eventual goal of realizing a nuclear free homeland by 2025, and that nuclear reactors No. 1 and No. 2 are not as dangerous as the publicly feared No. 4 reactor, which is seen as dangerous by some because it was constructed using parts from multiple manufacturers, but it seems unlikely that this explanation will be accepted by the public. If outrage seems to be somewhat delayed at present, this is likely because the media was distracted with other matters when the announcement was made.

Previously, Premier Lin Chuan, another figure unpopular with the public for his frequent gaffes, provoked outrage for publicly mulling reactor restarts not too long after the Tsai administration took office with its anti-nuclear promises, before he reversed course again following public outrage. And so nuclear restarts will add to the public perception that the Tsai administration frequently is indecisive on its campaign promises, that it frequently reverses course on them altogether, as well as the view that the DPP administration has not proven to be so different from a KMT administration if it does not substantially differ from the KMT on even energy or environmental issues.

Another crucial issue upon which the Tsai administration has provoked controversy through flip-flopping is labor reforms, in suggesting that it would side with labor unions who did not think labor reforms went far enough, then suggesting it would side with big business leaders who were upset at the idea of any labor reforms which might lead to a reduction in hours that workers needed to work. In this way, the Tsai administration upset both sides. 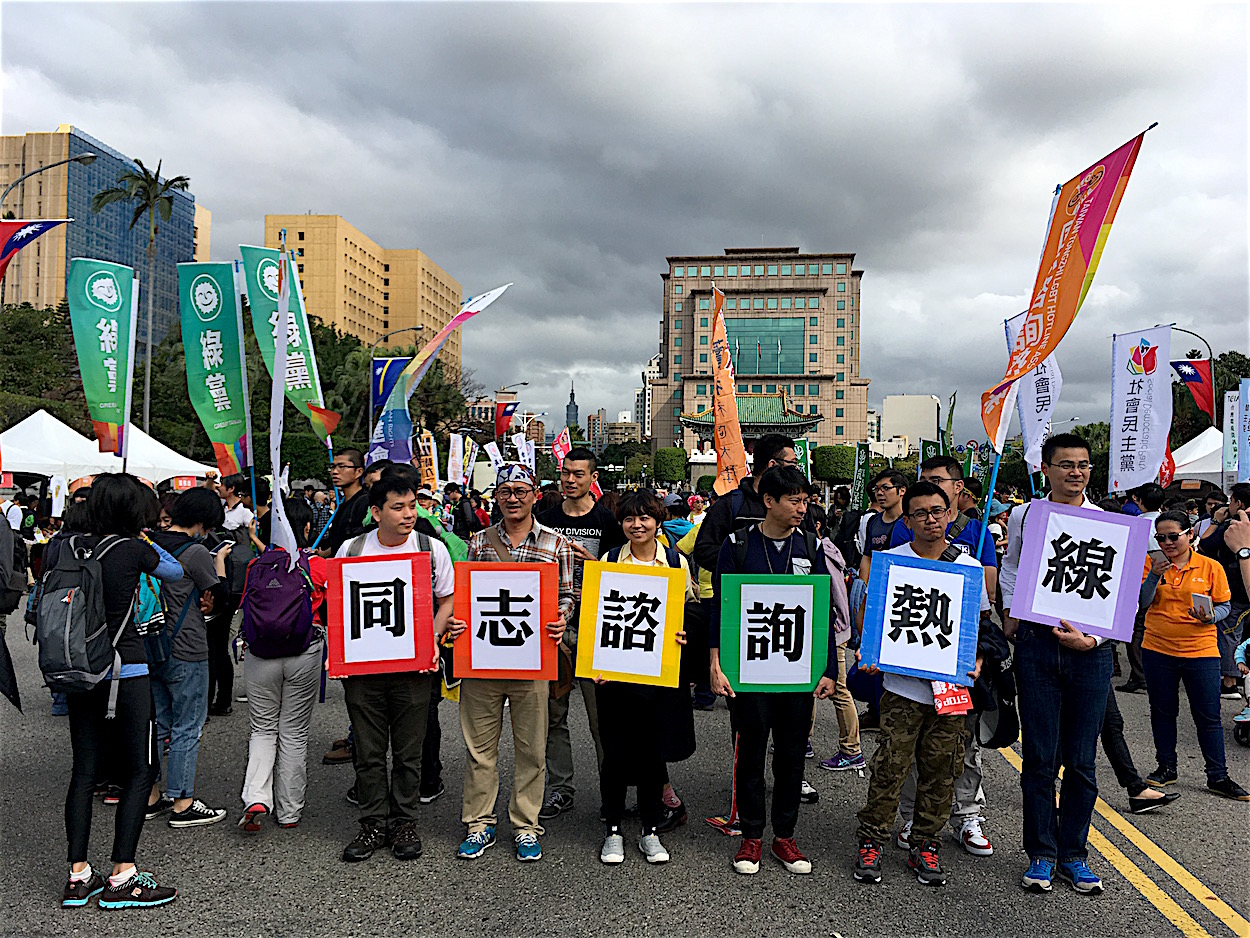 Members of the Taiwan Tongzhi Hotline Association, one of the leading groups in the LGBTQ movement, pose for a photo at this year’s Fukushima commemoration. Photo credit: Brian Hioe

As a result, if the past year since the Tsai administration took office, has seen a decline in Taiwanese social movement activism, it is very likely that that the Tsai administration’s reversals and flip-flopping may lead to the revival of protest movements against it. The anti-nuclear issue, again, is particularly sensitive because it has long roots in Taiwan’s environmental and democratic movements and even the history of the DPP itself. The anti-nuclear movement was crucial in linking together various single issue movements together as part of Taiwanese youth activist “subculture”, as an issue which was encompassing of other issues, seeing as a nuclear disaster would affect all of Taiwan’s residents. 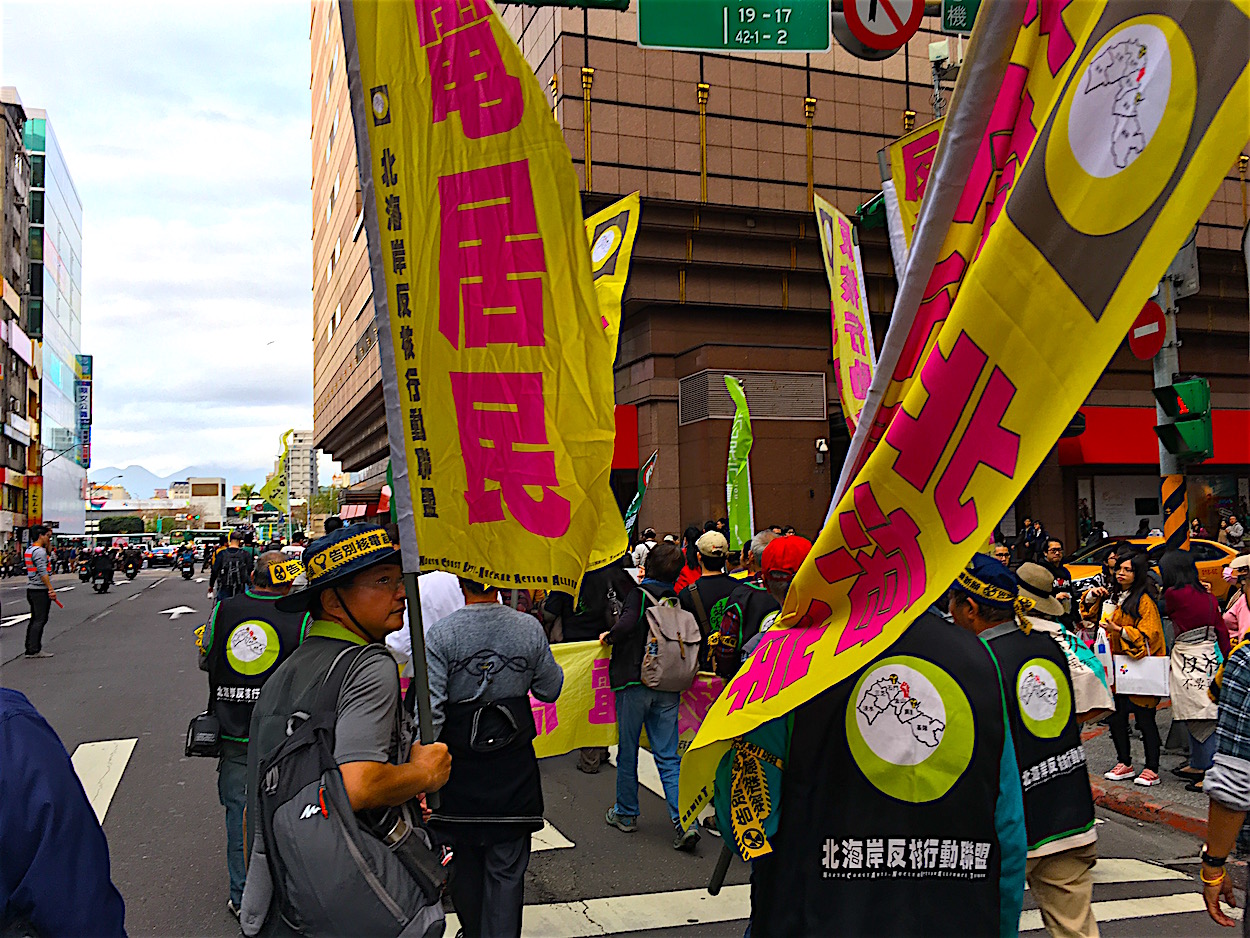 Indeed, two years ago, shortly before the outbreak of the Sunflower Movement, some 130,000 took to the streets of Taipei to demonstrate against nuclear energy. Shortly after the end of the Sunflower movement occupation of the Legislative Yuan, a hunger strike by martyred democracy movement leader and former DPP chairman Lin Yi-Hsiung led to nightly protests in Daan Park which culminated in 50,000 individuals attempting to occupy major intersection Zhongxiao West Road and the use of police water cannons against occupiers who refused to leave. It is quite strange to see that the DPP has apparently forgotten this, just a few years later.

And so it may be that the DPP is heading for a political storm in the near future regarding nuclear energy.