In recent memory, this has included calls in January to lock down the city of Taoyuan in response to the Taoyuan General Hospital cluster. At just over twenty cases, the Taoyuan General Hospital cluster was Taiwan’s largest cluster in the course of the COVID-19 pandemic, mostly consisting of medical personnel that became infected from treating patients with COVID-19. 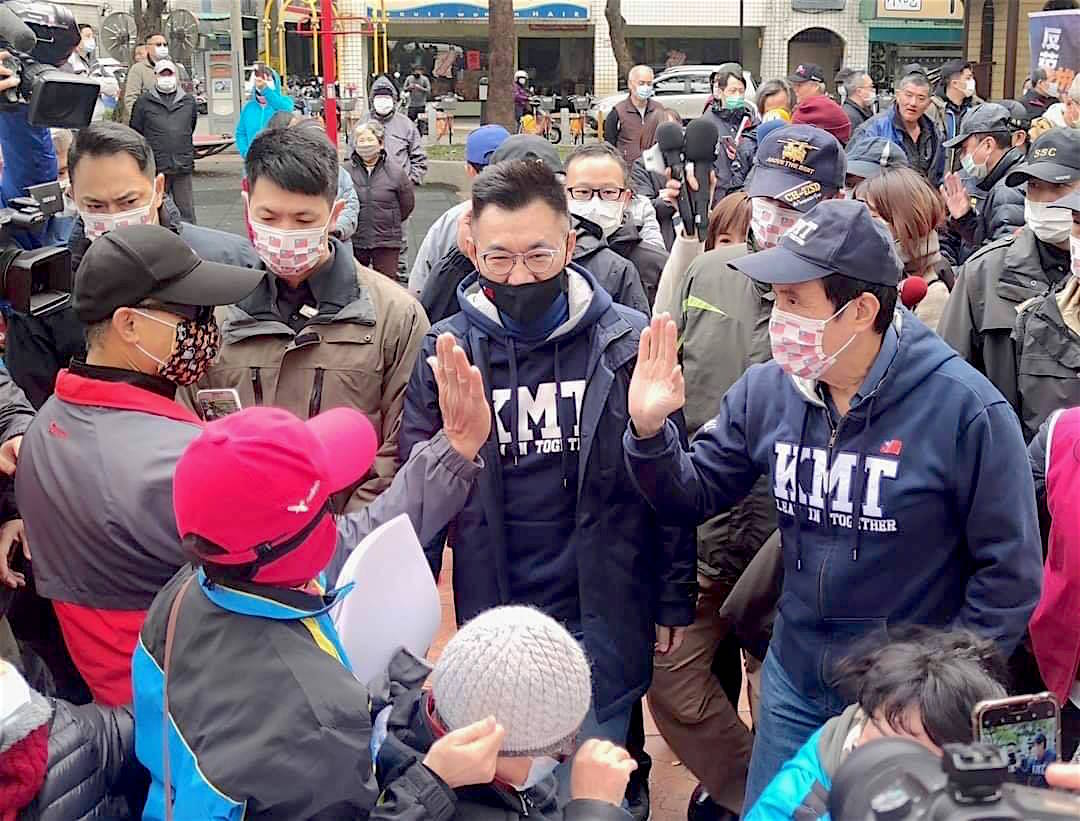 A lockdown of the city of Taoyuan would have been disruptive to the lives of Taoyuan’s 2.25 million residents and economically catastrophic to their livelihoods. A cluster case of twenty cases that were confined to the Taoyuan General Hospital would hardly warrant such an extensive lockdown, and transportation networks in Taiwan are sufficiently interlinked that locking down Taoyuan may not prevent the spread of COVID-19. In fact, individuals fleeing a lockdown could potentially spread COVID-19 even further.

Ma and other KMT politicians, such as Central Standing Committee member Sean Lien, previously accused the Tsai administration of having failed in its vaccine acquisition strategy, citing delays in the timeline for Taiwan receiving vaccines.

In particular, Minister of Health and Welfare Chen Shih-chung suggested in comments last week that Chinese government interference was responsible for delays in Taiwan receiving the BioNTech vaccine. This was due to interference from BioNTech’s Chinese distributor, Shanghai Fosun Pharmaceutical, after the Ministry of Health and Welfare attempted to purchase vaccines directly from BioNTech, without going through a distributor.

Before these comments by Chen, Ma and Lien had sought to attack the Tsai administration by pointing to the fact that BioNTech’s greater China distributor was a Chinese company and suggesting that the Chinese government was responsible for these delays. Ma and Lien were likely hoping to suggest that if the KMT was in power, there would not be such interference from the Chinese government—to this extent, some have accused the two of collusion with the Chinese government to promote this narrative, seeing as they seemed to be aware of delays caused by Shanghai Fosun before this was publicly revealed.

Again, despite results showing lower efficacy, the Chinese government has sought to circulate disinformation questioning the safety and effectiveness of western-produced vaccines while also downplaying reports about the lower efficacy of Chinese-produced vaccines. It should not be surprising that the KMT has followed suit with this narrative. Otherwise, KMT politicians such as Jaw Shaw-kong have alleged that the Tsai administration was acting illegally, in trying to directly purchase vaccines from BioNTech rather than going through a regional distributor, hence the delay.

Pan-Green politicians such as vice president William Lai or Chen Po-wei of the Taiwan Statebuilding Party have hit back at Ma’s comments. One notes that it is largely improbable that the Chinese government would provide vaccines to the Tsai administration, having suspended diplomatic contacts with Taiwan since Tsai took office in 2016. The Chinese government would likely only be willing to provide vaccines to a pan-Blue administration and so the KMT will probably insist down the line that China would only be willing to provide vaccines to Taiwan if it were in power.

It is to be seen how other pan-Blue parties respond to the claims of the KMT regarding the issue of Chinese vaccines. It is not impossible that the TPP will also jump on-board with such claims.

With Taiwan still isolated from the effects of COVID-19, attempts by the pan-Blue camp to attack the Tsai administration over delays in vaccine acquisition may not be very fruitful in the long-run. 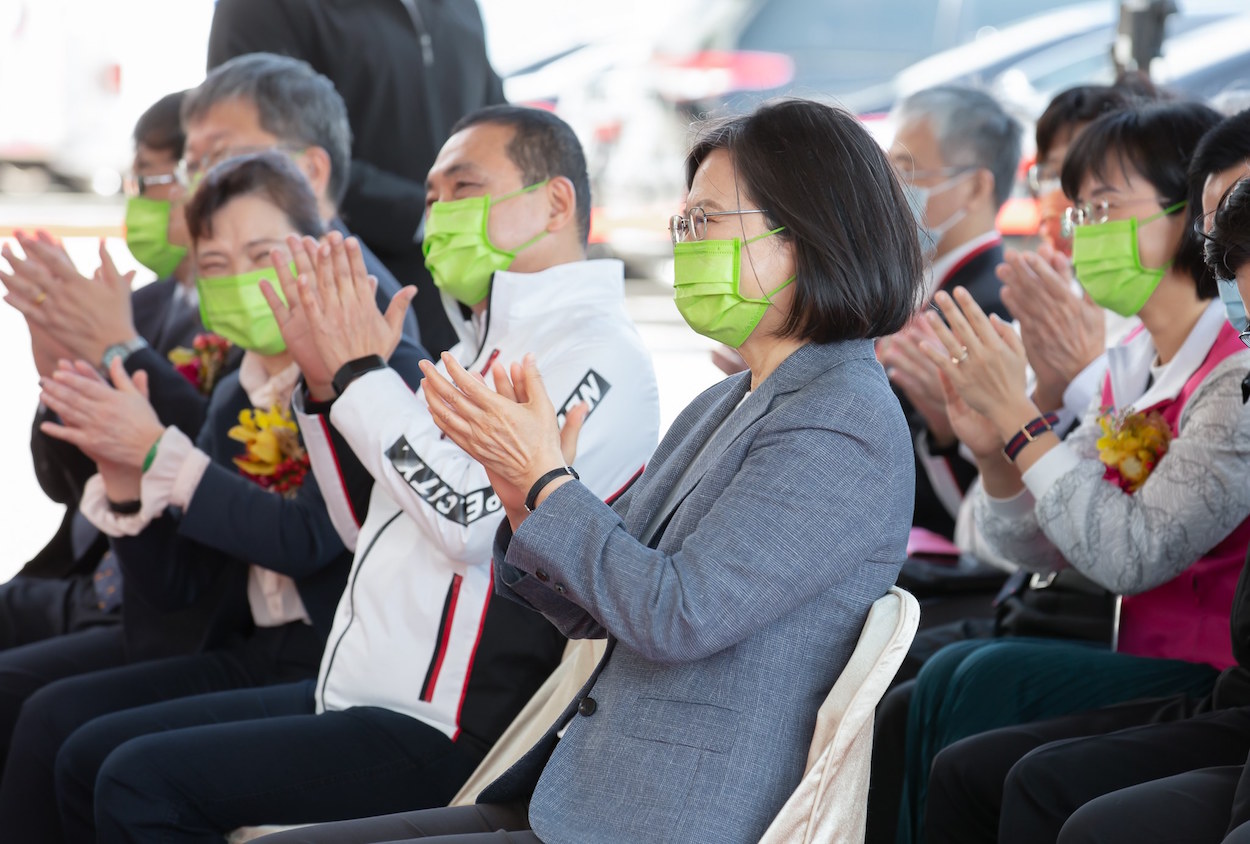 The efficacy of domestically-produced vaccines is still unknown and will only become clear after further testing. However, it is probable that delays in obtaining vaccines due to Chinese interference have pushed Taiwan toward greater self-reliance on the vaccine front.

While BioNTech stated after remarks by Chen alleging Chinese interference that Taiwan will indeed receive its vaccines, it is still possible that Taiwan will see further delays in vaccine acquisition due to Chinese interference. Taiwan intends to obtain a total of five million vaccines through COVAX, for example, which is partially coordinated by the World Health Organization (WHO). Taiwan is excluded from the WHO due to Chinese pressure within the organization and it cannot be ruled out that Taiwan will experience delays obtaining vaccines through COVAX due to China’s influence within the organization.

Polling by Global Views released yesterday shows that over 60% of Taiwanese are willing to take COVID-19 vaccines, but that only 1% of Taiwanese are willing to accept Chinese vaccines. Such results may be explained by that Taiwanese are distrustful of China, being aware of attempts by the Chinese government to cover up the initial COVID-19 outbreak, broader skepticism towards official Chinese statistics, and because of the lingering memory of past adulteration scandals from Chinese companies. Moreover, Taiwanese may be in no rush to take vaccines because Taiwan has been generally insulated from the effects of COVID-19. As such, it is questionable whether attempts by the pan-Blue camp to attack the Tsai administration over the issue of COVID-19 vaccines will be successful.