TAIWANESE MINISTER of Health and Welfare Chen Shih-chung stated during a radio interview with Hit FM this afternoon that plans to purchase five million doses of the Pfizer-BioNTech vaccine had possibly been blocked because of Chinese government interference.

Taiwan placed the order at the end of November and the order was placed directly with BioNTech, a German company, and not through a distributor. However, according to Chen, the order fell through at the last-minute because of interference from the Shanghai Fosun Pharmaceutical Company, which is Pfizer-BioNTech’s distributor in the greater China region. Chen did not explicitly state that the Chinese government was responsible for interfering and stated that Shanghai Fosun may have simply been trying to protect its business interests, but also that the company could have received external political pressure. Chen stated, “Some people may not wish to see Taiwan happy.” Regardless, this has been reported in the media as intimating that this was due to Chinese interference.

The Central Epidemic Command Center (CECC), which coordinates Taiwan’s response to COVID-19, has increasingly been questioned as to the timeline for Taiwan obtaining COVID-19 vaccines in past months. Chen, who also heads the CECC, stated earlier this month that Taiwan had purchased 5.05 million doses of Moderna’s COVID-19 vaccine.

The Taiwanese government’s vaccine acquisition plan called for purchasing around 5 million doses of COVID-19 vaccines through the COVAX initiative for international vaccine distribution, ten million doses of AstraZeneca’s COVID-19 vaccine, and five million vaccines from “other sources.” Chen’s statement earlier today is the first time the CECC confirmed that by “other sources,” this referred to plans on purchasing five million doses of the Pfizer-BioNTech vaccine. Chen said that he had considered revealing this sooner, but had previously refrained.

Likewise, this is the first time that the CECC has confirmed reports that Taiwan’s attempts to buy vaccine doses saw Chinese interference. Interestingly enough, such accusations were previously leveled at the CECC by former president Ma Ying-jeou and Sean Lien of the KMT. They claimed that Taiwan was prevented from obtaining the Pfizer vaccine because Pfizer distributor in Asia is a Chinese company, resulting in Chinese interference, and that this was a sign of how the CECC’s vaccine distribution strategy was a failure.

Ma and Lien were likely making such claims in order to claim that if the KMT was in power, China would not block Taiwan’s access to vaccines. The KMT has historically claimed that it is the only political party in Taiwan able to maintain stable relations with China, a claim that it has used to justify why it should be in power and not the DPP. It has been questioned whether their source as to this information was.

Interestingly, however, the KMT has not yet embraced the claim that Taiwan should use Chinese-produced vaccines. This may be a bridge too far for the party at present, given questions about the efficacy of Chinese vaccines. Instead, the KMT has sought to leverage on this narrative that China is blocking Taiwan’s access to western-produced vaccines, but that China would not do so if the KMT were in power. One expects the KMT to continue to leverage on this narrative against the DPP going forward. Although Chen did not confirm or deny that it was Chinese state interference that led to the blocking of the vaccines, one wonders if Ma and Lien’s assertions might, in fact, prove the smoking gun otherwise. 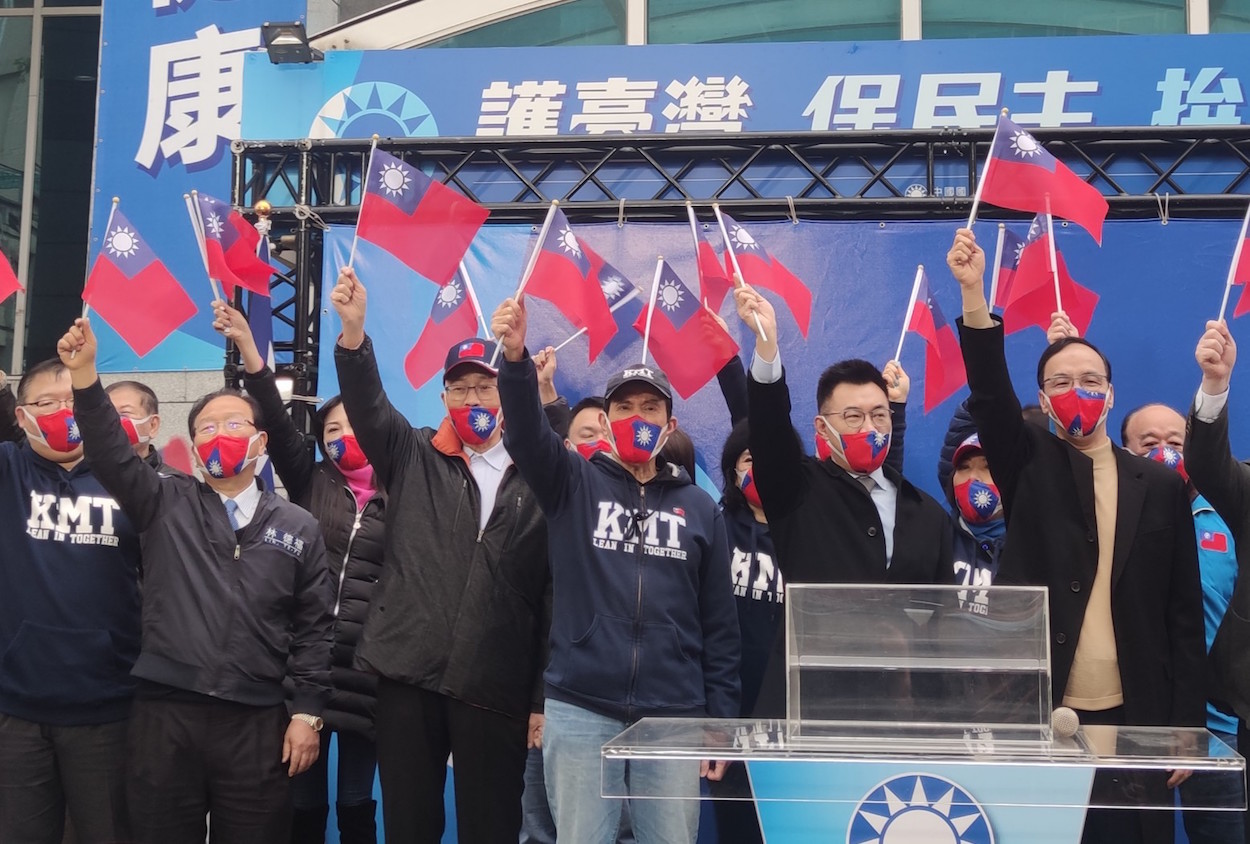 Since news of this broke, some misinformation or disinformation has claimed that a Taiwanese company, TTY Biopharm, previously had the opportunity to obtain vaccines in October, but the Tsai administration nixed the deal because it would have to go through Shanghai Fosun, questioning the relation with China. The claim, then, is that the Tsai administration is simply trying to reframe past news to cover up for how its irrational anti-China hostility has prevented Taiwan from obtaining vaccines.

But this is not the case. Firstly, the Tsai administration directly purchasing vaccines at the end of November, without going through a distributor, is an entirely different event than TTY Biopharm seeking to represent the Pfizer-BioNTech vaccine in October.

That is, Shanghai Fosun announced that it was collaborating with Hong Kong-based Jacobson Pharma to distribute the Pfizer-BioNTech vaccine in Hong Kong and Macau in late August. In October, TTY Biopharm announced that it had secured rights to distribute the Pfizer-BioNTech vaccine, but the Ministry of Health and Welfare stated that TTY Biopharm was unable to produce a power of attorney proving that this was the case and was unclear about what its relation with Shanghai Fosun, which had already been announced as representing the vaccine, was. In January, reports suggested that TTY Biopharm was unable to represent the Pfizer-BioNTech vaccine because of Jacobson’s Taiwan branch intervening. However, Chen stated last week that Jacobson’s term representing the vaccine ended earlier and so this was not the main reason for TTY Biopharm being unable to obtain the vaccine.

It is not impossible that statements by Chen earlier today are aimed at pressuring Pfizer-BioNTech to clarify why vaccines have not come through. It is possible that with sufficient public pressure or international backlash, this would compel the company to take action to ensure that Taiwan does, in fact, have access to vaccines. This would particularly be the case if the US intervened on Taiwan’s behalf to call attention to the issue.

At the same time, it is indeed the case that Taiwan may have access to vaccines blocked due to Chinese distributors. Chinese pressure and Taiwan’s exclusion from international organizations could potentially serve as a roadblock to vaccine acquisition. 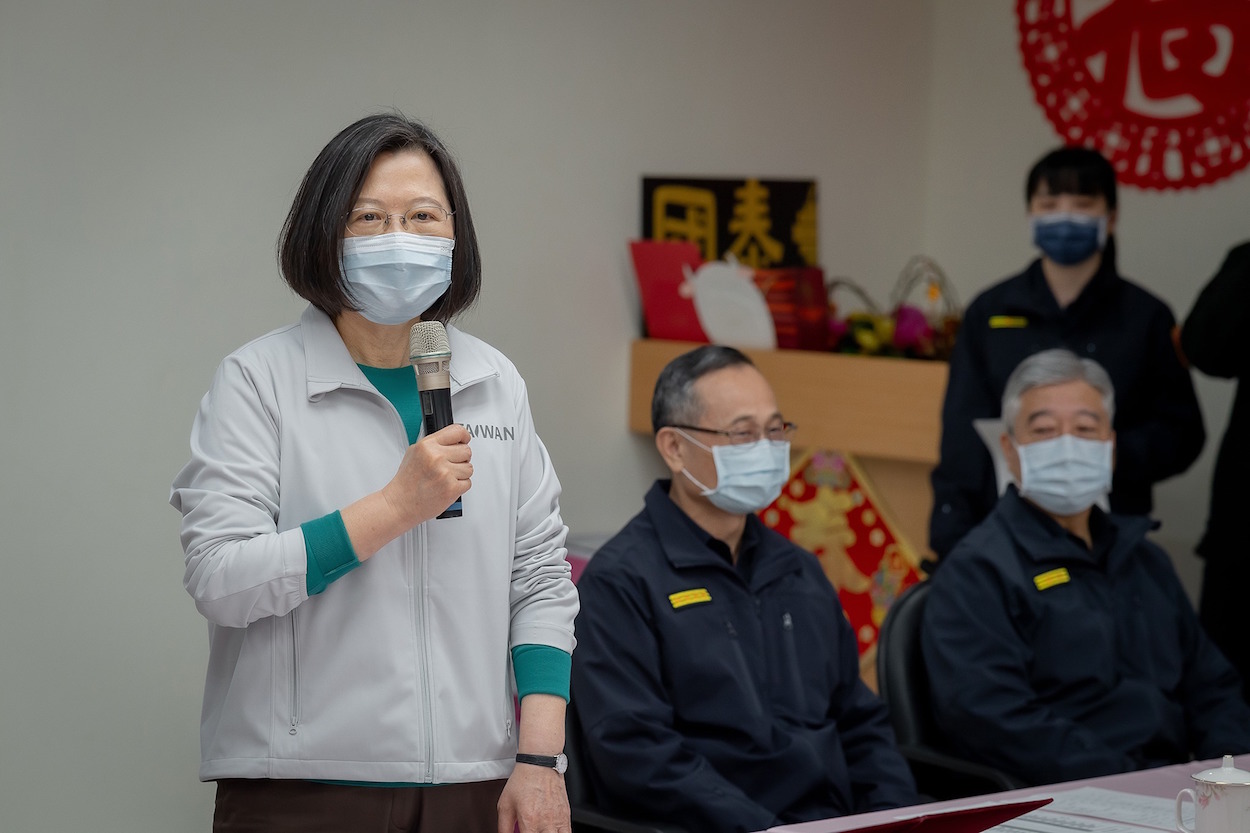 One notes that during the radio interview with Chen, Chen compared interference with efforts by Taiwan to obtain vaccines to Taiwan’s exclusion from the World Health Organization (WHO) and its governing body, the World Health Assembly, due to Chinese pressure. Although part of Taiwan’s successful response to COVID-19 has been attributed to ignoring the WHO’s advice, the WHO is one of the coordinators of COVAX. Though speculative, it is not impossible that Chinese interference could also impede Taiwan’s ability to obtain vaccines through COVAX.

In the meantime, it is to be seen whether the Taiwanese public will accept Chen’s narrative regarding Chinese interference in vaccine acquisition, or whether it will view Chen as only alleging Chinese interference in order to deflect questions regarding the DPP’s vaccine acquisition strategy. Either way, the KMT can be expected to use the issue to attack the DPP, and one can expect the issue to be used for the circulation of disinformation and misinformation.