A DISPUTE REGARDING COVID-19 testing recently broke out between the Changhua county government, and the Centers for Disease Control (CDC), the national body under the Ministry of Health and Welfare that coordinates Taiwan’s fight against COVID-19.

With the world seeing a second-wave of COVID-19 infections and some countries reporting individuals testing positive for COVID-19 after departing Taiwan, there have been increased concerns in Taiwan regarding the possible domestic spread of COVID-19. Taiwan’s number of confirmed cases currently stands at 487, with seven deaths to date. The last case of domestic transmission was in April, with 55 total cases of domestic transmission and 36 cases linked to a naval vessel, the Panshih, that are counted separately.

In particular, some fear that the spread of COVID-19 could be more widespread than previously thought, with the belief that there could be transmission chains that have gone undetected. Earlier this month, there were cases of individuals that tested positive for COVID-19 after arriving in Shanghai, Hong Kong, Laos, and Vietnam from Taiwan. These cases are under investigation, seeing as it is possible that these individuals became infected with COVID-19 after leaving Taiwan. Yet either way, this has led to the redoubling of mandates to wear masks on public transportation and in some businesses.

Given such fears, there have been calls on the Taiwanese government to conduct mass testing of the general public. Some have also suggested that, instead of mandating fourteen-day arrivals for returnees to Taiwan, individuals should be tested at the border then released with a negative test.

The CDC has to date demurred on the proposal to conduct general testing, citing that the false positives which would result from testing could cause social panic, also citing the expenditure of mass testing of members of the Taiwanese public and the false sense of security that testing would lure some into regarding COVID-19.

For example, individuals would be prone to violating quarantine if they test negative for COVID-19 at the border—even if tests are far from infallible and can have erroneous results. According to Minister of Health and CDC head Chen Shih-chung, testing of individuals at the borders without quarantine would result in positive cases that are not detected by testing being allowed to freely move in Taiwanese society. This could potentially result in the community spread of COVID-19.

According to Chen, even if Taiwan currently has under 500 confirmed cases, general testing for members of the Taiwanese public would produce 12,495 false positives, who would then have to be placed under hospitalized quarantine until they test negative twice for COVID-19. The influx of hospitalized individuals would overwhelm the medical system, resulting in individuals that need emergency care failing to receive it, whereas medical care should be reserved for individuals already showing signs of COVID-19. If the health system was overwhelmed, this would also create the conditions to allow for the community spread of COVID-19.

However, this led to criticisms that the CDC was possibly seeking to keep Taiwan’s official count of COVID-19 cases low. This would be in order to prevent domestic panic, as well as because of the desire that Taiwan continues to be seen internationally as a country that has successfully fought off COVID-19, something that the Tsai administration has seized upon in efforts to diplomatically promote Taiwan.

There was some criticism of the CDC for seemingly seeking to discipline Changhua county officials for stepping out of line, even if this discovered a previously undiagnosed case of COVID-19. The CDC likely seeks to maintain central coordination of health policy, given the possibility of Taiwan’s centralized policy falling apart if local governments begin to take differing measures to fight COVID-19. This could result in difficulties adjusting national measures aimed at fighting or even diagnosing COVID-19 if each local area is conducting different measures and utilizing different testing regimes for COVID-19.

Much political contestation revolved around the results of an antibody study of Changhua residents that was originally scheduled to be released on Tuesday. The study, which was approved by National Taiwan University’s (NTU) Institutional Review Board and originally began in June, was carried out by the county government with cooperation from NTU public health researchers. 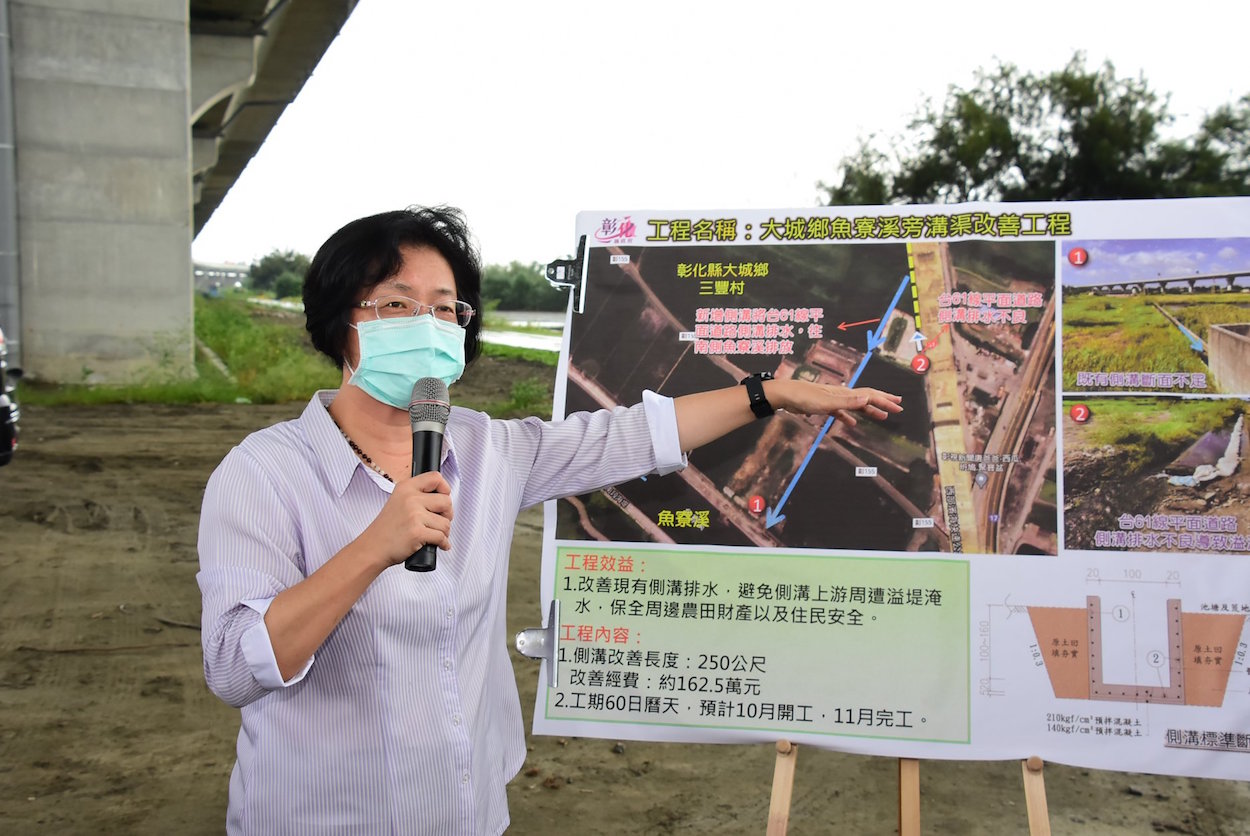 The results of the study, which were finally released yesterday, ultimately upheld the conclusions of the CDC, seeing as only four people tested positive for antibodies for COVID-19 out of a sample of 4,841 Changhua residents, all of which were among groups that were at high risk of contracting COVID-19. As such, the study concluded that the presence of COVID-19 remains low in Taiwan and that there is no need for general testing.

It is probable that the issue ultimately went back to political contestation between the pan-Blue and pan-Green camps. The Changhua county government is currently headed by county commissioner Wang Huei-mei of the KMT. With much public praise of the Tsai administration’s handling of the COVID-19 pandemic, resulting in an uptick of approval ratings for Tsai, the KMT has been searching for politically expedient means of taking the DPP down a peg.

The KMT has to date primarily sought to attack the DPP as not doing enough to stimulate Taiwan’s economy during the COVID-19 pandemic. As such, it would not be surprising that KMT politicians sought to leverage on the debate regarding mass testing to target the DPP’s public health policy. This seemed to be a case in point. But it is probable that the KMT will seek further issues with which to attack the DPP on in the course of the COVID-19 pandemic, going forward.