KMT Continues to Be Caught in a Bind Regarding 1992 Consensus

THE KMT HAS experienced further controversy regarding the 1992 Consensus, following a recent interview by party chair Eric Chu with Deutsche Welle, as well as an article published by the CPPCC Daily, a Chinese state-run media outlet. It may not be surprising to note that both incidents have been leveraged on by the pan-Green camp for political ammunition, particularly given that the KMT’s unwillingness to swerve away from the 1992 Consensus continues to be a major weakness for the party.

In particular, the article published by the CPPCC Daily, which was published on Saturday, accused members of the KMT leadership of seeking to change the meaning of the 1992 Consensus. The article was written for the 30th anniversary of the 1992 talks, which took place in Hong Kong, and it stressed that the 1992 Consensus consisted of the agreement that there was “One China”. 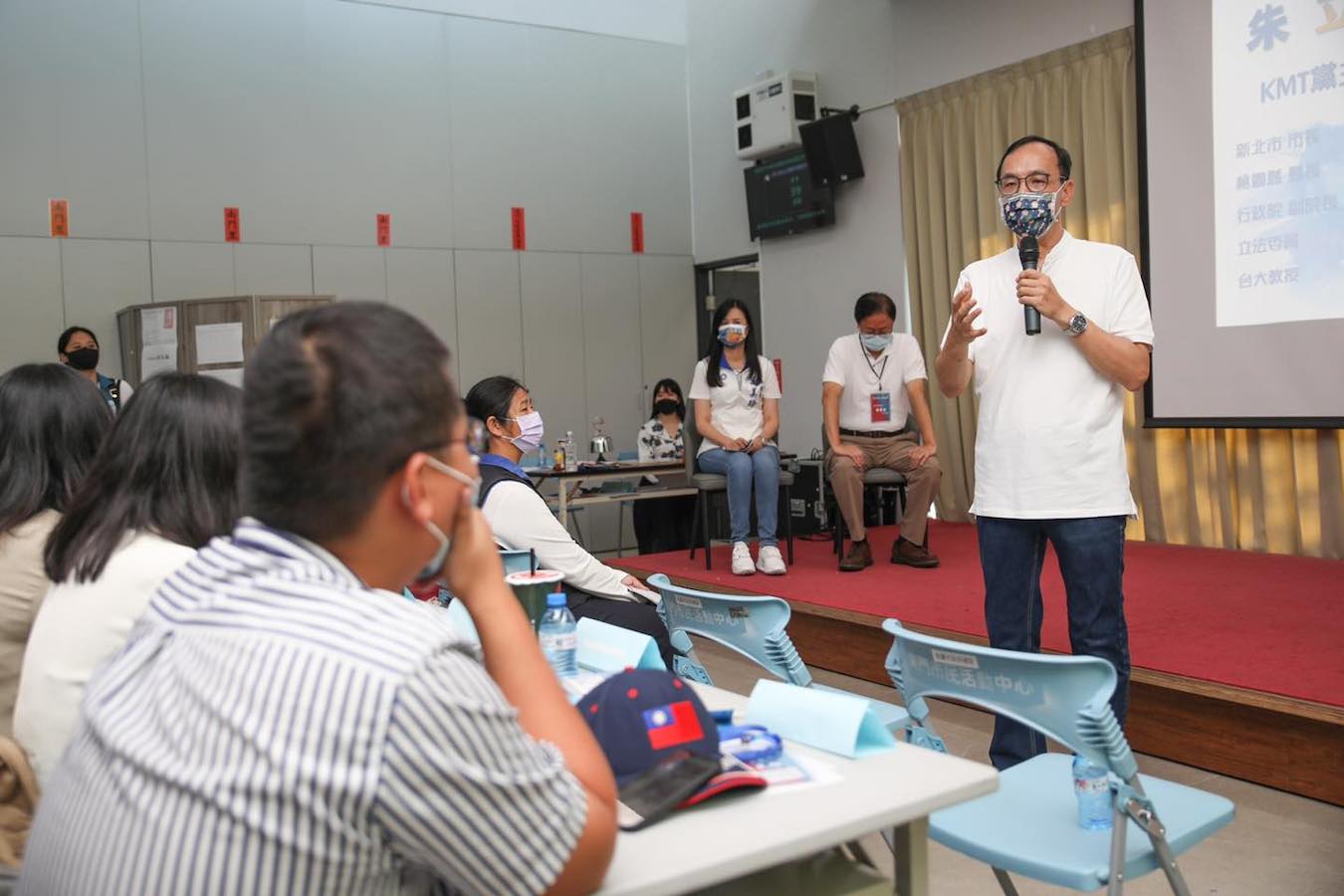 What was not mentioned was the element of the 1992 Consensus that refers to “respective interpretations” or “multiple interpretations” of what that “One China” consists of. This proved a blow to the credibility of the KMT, seeing as that the KMT has historically emphasized the 1992 Consensus as being “One China, respective interpretations.” KMT caucus whip William Tseng would criticize the CPPCC Daily for selective quotation, while pan-Green politicians have commented on the CCP throwing the KMT under the bus in this way.

During the interview with Deutsche Welle, which was released last Tuesday, Chu claimed it was the KMT that sought to maintain the status quo in the Taiwan Straits, while depicting the DPP as refusing to communicate with China and risking the status quo. Chu, for the most part, brushed off questions about Chinese threats or attempting to clarify what the KMT referred to as the status quo, except for appealing to past periods when the KMT held power, and China did not militarily threaten Taiwan or seek to poach its diplomatic allies.

Otherwise, Chu denied that he had any plans to run for president and was insistent that the KMT would win in upcoming elections. When questioned about the KMT’s flagging approval rating or low public support for unification, as based on polling from National Cheng Chi University, Chu subsequently walked out of the interview.

It is significant to note that during the interview, Chu could not clearly articulate his vision of the status quo, as advocated for by the KMT and apparently not the DPP, at a time in which the DPP under Tsai Ing-wen has shifted towards a pro-status quo position and away from its historic independence advocacy. Chu relied on old tropes of attempting to depict the DPP as a cross-straits provocateur, but could also not firmly articulate this claim.

In the meantime, Chu seems to be caught between a rock and a hard place. Even as he insists that the DPP is changing the status quo, by contrast, it is China that is doing so–by dropping the “respective interpretations” aspect of the 1992 Consensus and emphasizing only the “One China” aspect. The CPPCC Daily’s article puts Chu in an inconvenient position when its assertions about the 1992 Consensus and status quo differ from Chu’s own.

Indeed, Chu had already come under fire for suggesting dropping the 1992 Consensus early on in his term as chair, then rapidly backing away from the idea when criticized. But Chu also angered those within the party committed to the 1992 Consensus by referring to it as a “non-consensus consensus” during a trip to Washington DC, as part of efforts aimed at rebranding the KMT as a pro-US, rather than pro-China party. In response to China emphasizing claims over the Taiwan Straits as its territorial waters, the KMT made an official statement emphasizing that the PRC has never controlled Taiwan. 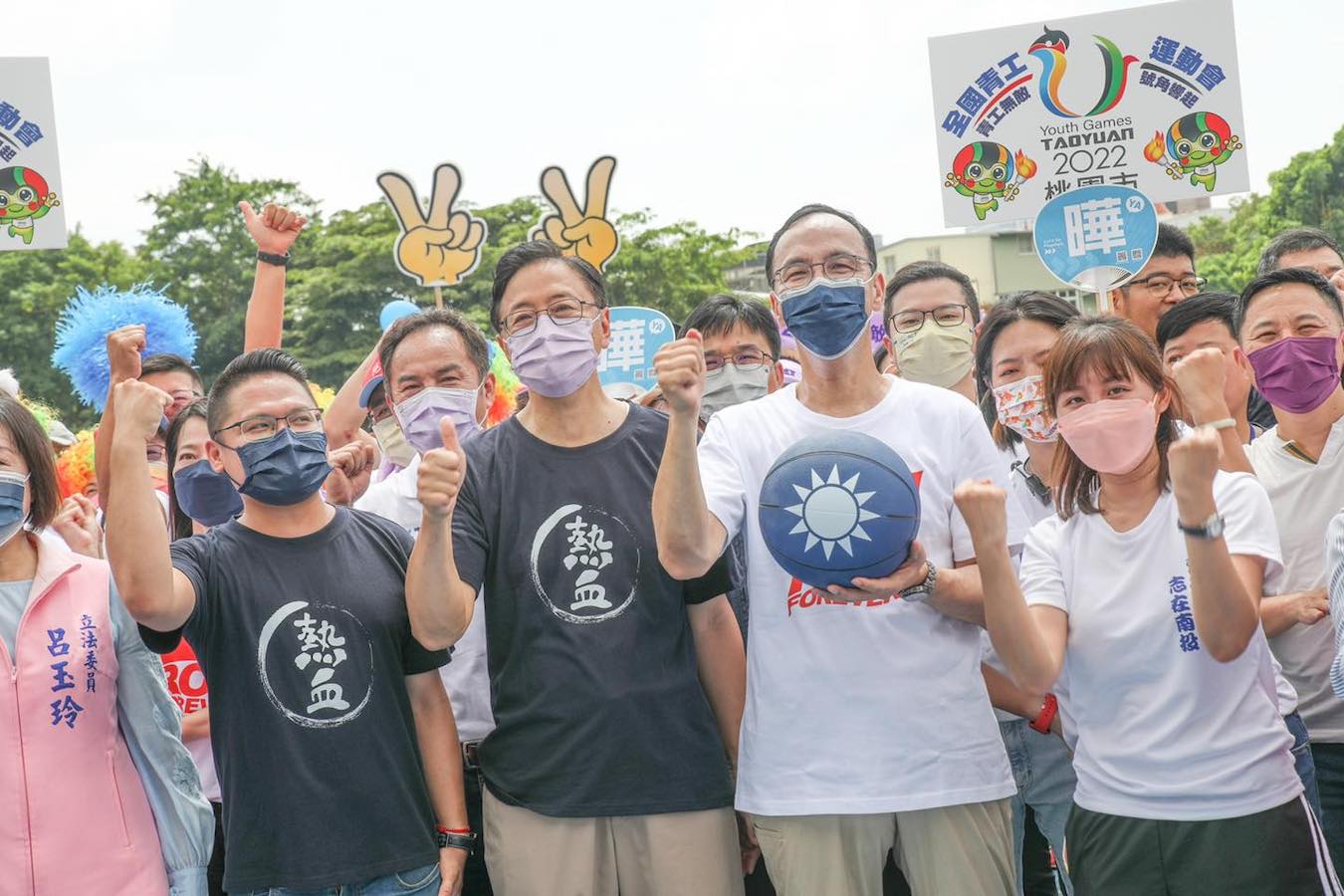 Chu publicly expressing doubt about the 1992 Consensus illustrates to what extent the idea is a dead albatross in Taiwanese elections, that he and his predecessor as KMT chair, Johnny Chiang, would openly contemplate dropping it in order to bolster the KMT’s electoral viability.

Yet even as Chu made a much-publicized trip to the US for the KMT’s reopening of its DC office, this still took place in a similar time frame to a visit to China by KMT vice chair Andrew Hsia, shortly after Chinese live-fire drills around Taiwan. It may be that Chu was aiming to convey different messages to different audiences or to be strategically ambiguous with his actions.

Just China may be unwilling to accept any deviance from the line it sets by the KMT at present and it may be unwilling to forgive Chu for openly expressing doubt about the 1992 Consensus. And so, though the KMT has returned to leveraging on the traditional claim that it is the only party in Taiwan able to maintain peace with China, it is possible that China will undercut this messaging from the KMT with public attacks on the KMT leadership. This remains to be seen.