What Are The Takeaways From Tsai’s US Visit?

A RECENT VISIT by Taiwanese president to America has received much attention, with this being seen as a sign of stronger ties between Taiwan and America in the wake of the passage of the Taiwan Travel Act. The Taiwan Travel Act, which was passed on February 28th, 2018, was an act of Congress signed into law by American president Donald Trump on March 16th, 2018, allowing for high-level Taiwanese government officials to visit America and vice-versa. 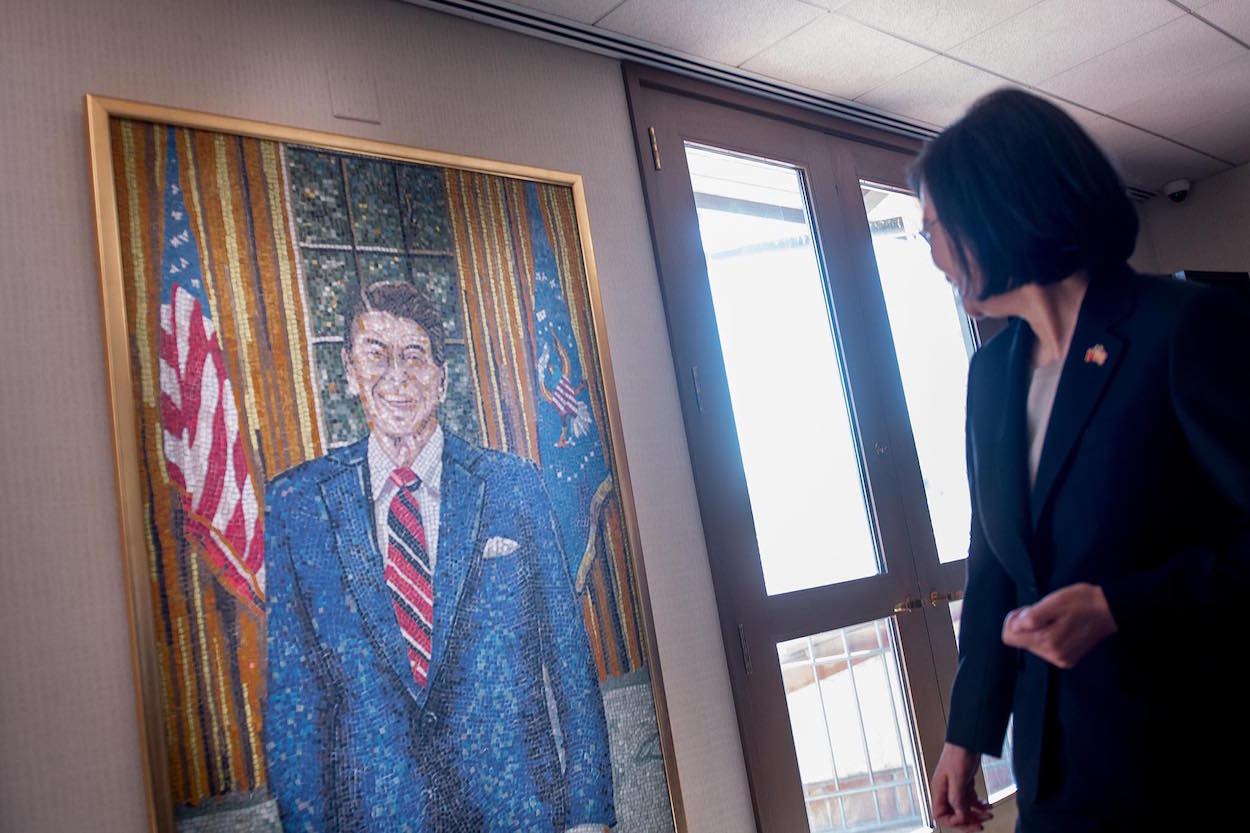 Tsai gave a speech outside the Ronald Reagan Presidential Library in Los Angeles. It is rare for Taiwanese presidents to be allowed to give political speeches while in America outside of closed-door events and Taiwanese media was allowed to the cover the speech, which was one of the key reasons why the visit was seen as higher-profile than usual. During the visit, Tsai also visited the Taipei Economic and Cultural Office (TECO) in Los Angeles, making her the first Taiwanese president to visit a TECO office in the United States. Tsai would also make a visit to one Taiwanese bakery chain 85°C’s locations in Los Angeles, leading to blowback from Chinese state-run media, a consumer boycott of 85°C from Chinese consumers, and 85°C publicly stating that it supported the 1992 Consensus—though this may be of little surprise, seeing as 85°C was among Taiwanese companies that declared open support for the CSSTA in 2014, during the events of the Sunflower Movement.

Apparent firsts for US-Taiwan political ties continued in Houston, with Tsai visiting NASA’s Lyndon B. Johnson Space Center, making her the Taiwanese president to visit a NASA facility, as well as the first Taiwanese president to visit a US federal facility. Tsai also attended a business conference as well as a welcome dinner thrown by Taiwanese expatriates, which over 1,000 attended. Notably, Houston has been a recurring destination of Tsai’s during stopovers in America, likely to meet with the large number of overseas Taiwanese in Texas. Overseas Taiwanese in America are oftentimes key political donors that Taiwanese presidential candidates or standing presidents meet with during visits to America that take place before elections. 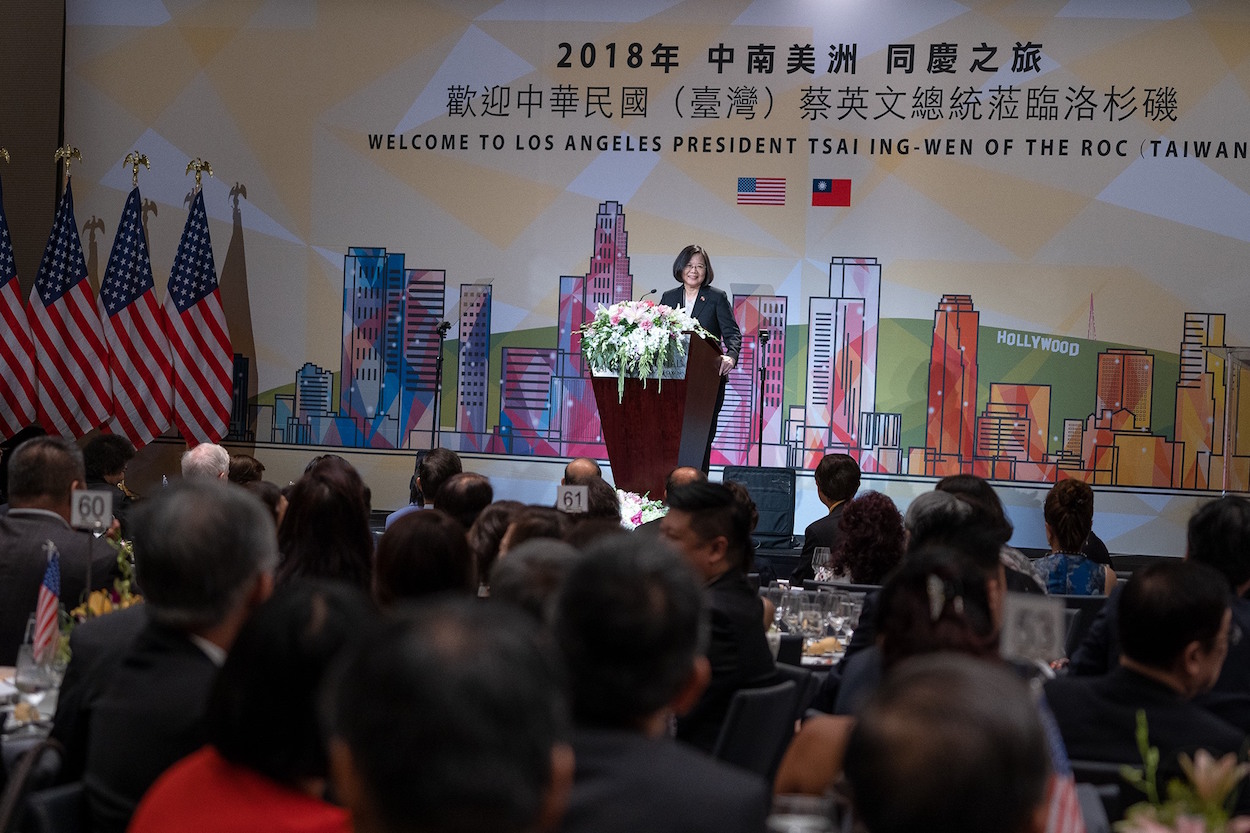 It may be interesting to note that while the response within international media has been that the visit was a large break from past precedent, much of what took place during the visit demonstrates incremental improvements. Despite the passage of the Taiwan Travel Act, Tsai still stuck to the previous model of visits to America by Taiwanese presidents in making brief stopovers in America on the way to visit remaining diplomatic allies of the ROC. Tsai also did not visit Washington DC, which would have represented a more substantial change in American policy towards Taiwan.

It is also to be noted that there has been no substantial increase in high-level American policymakers visiting Taiwan since the Taiwan Travel Act, with visits to Taiwan by American policymakers not occurring at such levels as to break past precedent. This was most visible during the opening ceremony for the American Institute in Taiwan’s (AIT) new facilities in Neihu, AIT being America’s representative office in Taiwan. It had previously been suggested in the media that a high-level American policymaker might visit Taiwan for the ceremony, such as National Security Advisor John Bolton, well known as an anti-China hawk. 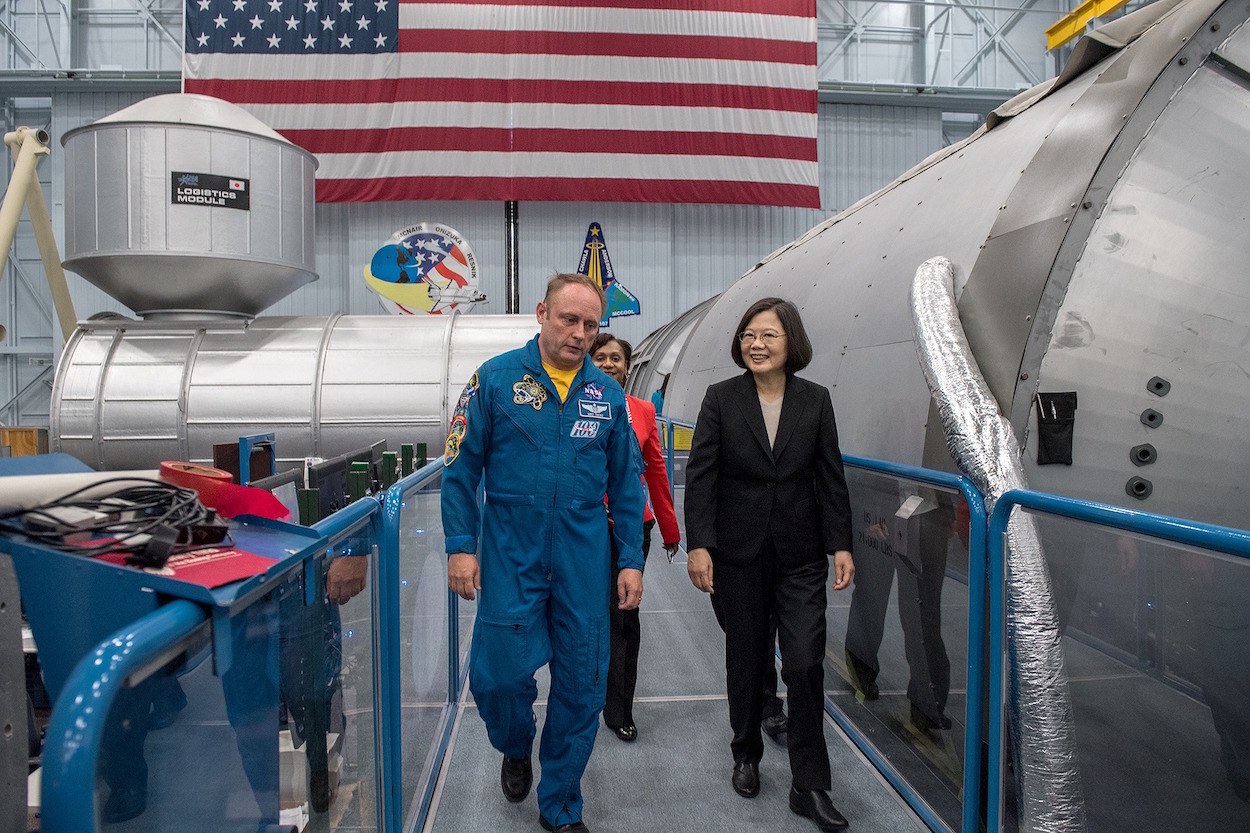 Likewise, it does well to keep in mind that while Tsai was allowed to give a political speech in America and for this to be a higher-profile event than usual, these are all rights that any world leader would ordinarily have. But Taiwan has been long denied these rights because of Taiwan’s exclusion from the international community, something that originally took place because of American recognition of the PRC over the ROC, and America has seen fit to suspend Taiwan in the limbo of “strategic ambiguity” on its Taiwan position for decades. It seems absurd, for instance, that a Taiwanese president visiting Taiwan’s representative offices in the United States is touted as some kind of diplomatic breakthrough when this is to set the bar rather low, and instead to cling to the few scraps that America throws Taiwan’s way.

Yet another significant development is also worth noting. Namely, while international media has in many cases touted Tsai’s visit to America as evidence of stronger US-Taiwan relations, elements of the visit attest to increased wariness of the Trump administration by the Tsai administration, given the numerous flip-flops of the Trump administration when it comes to escalating actions against China in the Asia Pacific or suggestions that it would seek to minimize American presence in the Asia Pacific altogether.

For one, on a minor note, giving a speech at the Ronald Reagan Presidential Library was likely meant to appeal to the Republican conservatives who fetishize Reagan’s legacy in the Trump administration. Claims by Tsai that the US and Taiwan are defenders of the free market likely have a similar aim. But, more significantly, Tsai’s visit also coincided with comments by premier William Lai claiming that the Trump administration’s trade war against China was working, as evidenced in the example of Chinese company ZTE. These comments were made in the context of a television interview with Taiwanese television network Chinese Television System, during which Lai also made other praising comments of American president Donald Trump regarding American actions against China. 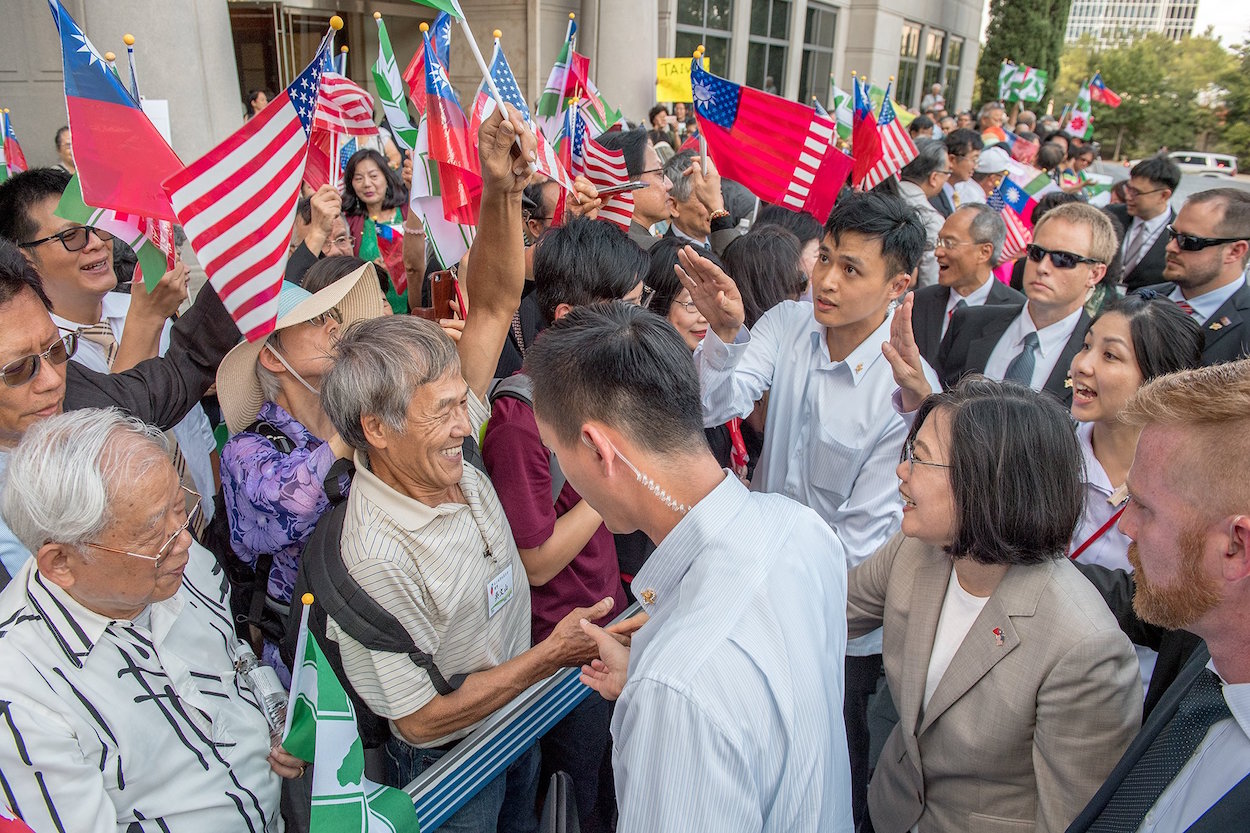 While Taiwanese policymakers are sometimes unusually slow to note American political developments, though not as widely reported on in Taiwan as one might expect, it seems highly unlikely that the Tsai administration is unaware that while the Trump administration made threats against Chinese mobile phone company ZTE, it later relented from these threats in such a manner as to be perceived as a betrayal by many of those in America who had been calling for increased measures against China. Very probably, then, the Tsai administration has finally come to a realization that other East Asian leaders such as Shinzo Abe of Japan or Moon Jae-in of South Korea long had since known—that the easiest way to manipulate Trump is through grotesque, obsequious displays of flattery even when this flies in the face of the truth.

At the very least, awareness of this fact would be a better strategy than uncritical belief that the Trump administration is a traditional Republican administration which has Taiwan’s best interests at heart, in line with historically uncritical attitudes towards America from many pan-Green policy thinkers in Taiwan. However, in the meantime, it also does not serve to take incremental changes as representing substantial shifts in policy and confuse media hype or wishful thinking for political reality.