Several Hundred Demonstrate in Solidarity for Myanmar in New Taipei

A SOLIDARITY RALLY for Myanmar was held today in Little Myanmar in Zhonghe, which is located in New Taipei. The march began on Huaxin Street at 10:00 AM, passed through several streets in Little Myanmar, and proceeded to a small park outside of the Hwa Hsia University of Technology, at which point the rally ended promptly at 10:30 AM. Many participants remained in the park for some time afterward, and organizers subsequently stayed in the park to field questions from Taiwanese media. 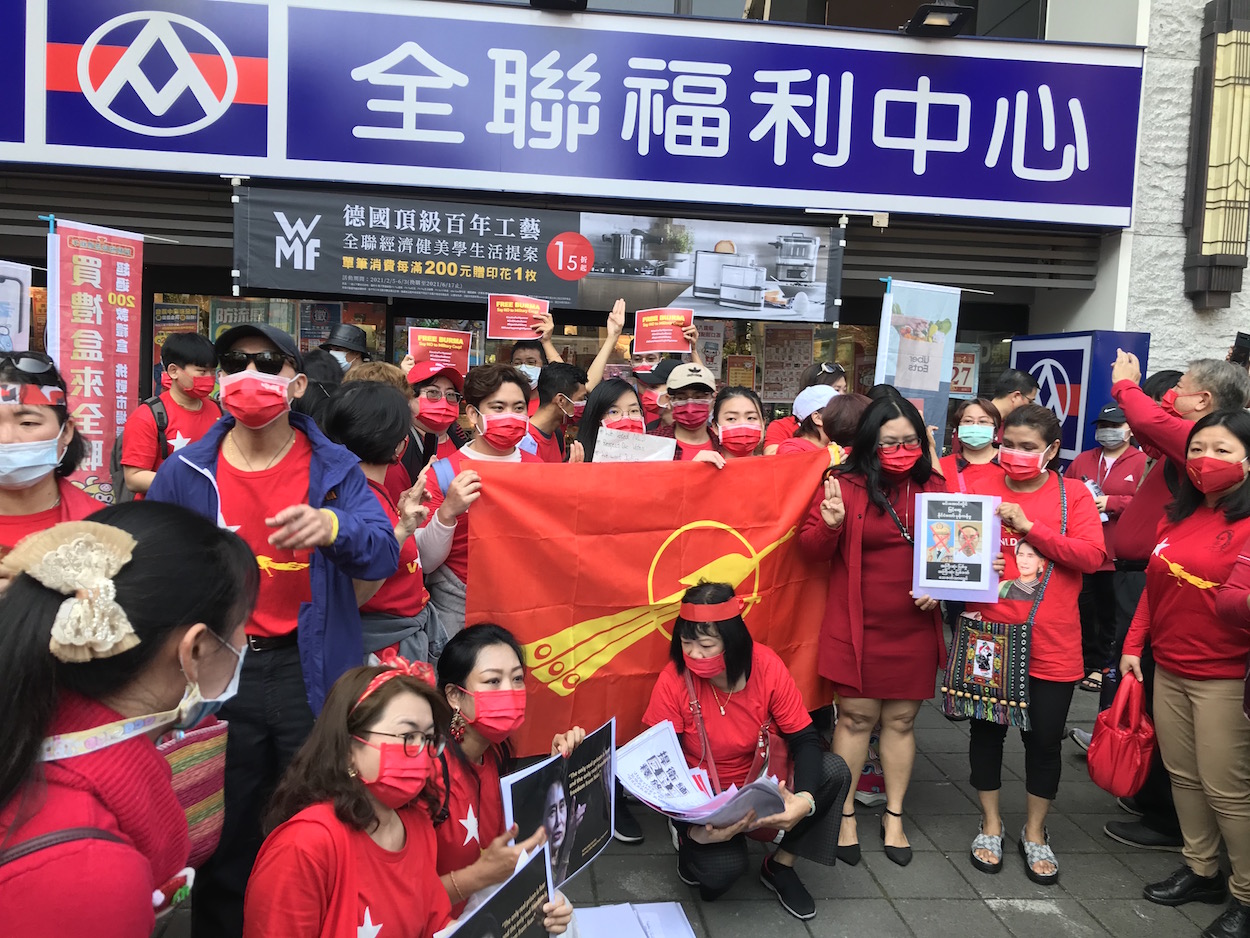 Several hundred were in attendance. Many wore red t-shirts and face masks—red being the party color of Myanmar’s National League for Democracy (NLD)—and carried the party flag. Portraits of Aung San Suu Kyi were also carried by a number of participants. Some participants had a portrait of Aung San Suu Kyi on their face masks. Most participants were Burmese residents of Taiwan, hence why the rally took place in Little Myanmar.

At the rally, speeches were minimal, but featured a number of songs. Participants carried signs expressing opposition to the military coup and calling for the release of Aung San Suu Kyi and other political prisoners. The signs carried by participants in the demonstrations, as well as flags of the NLD, were visible in many stores in Little Myanmar. 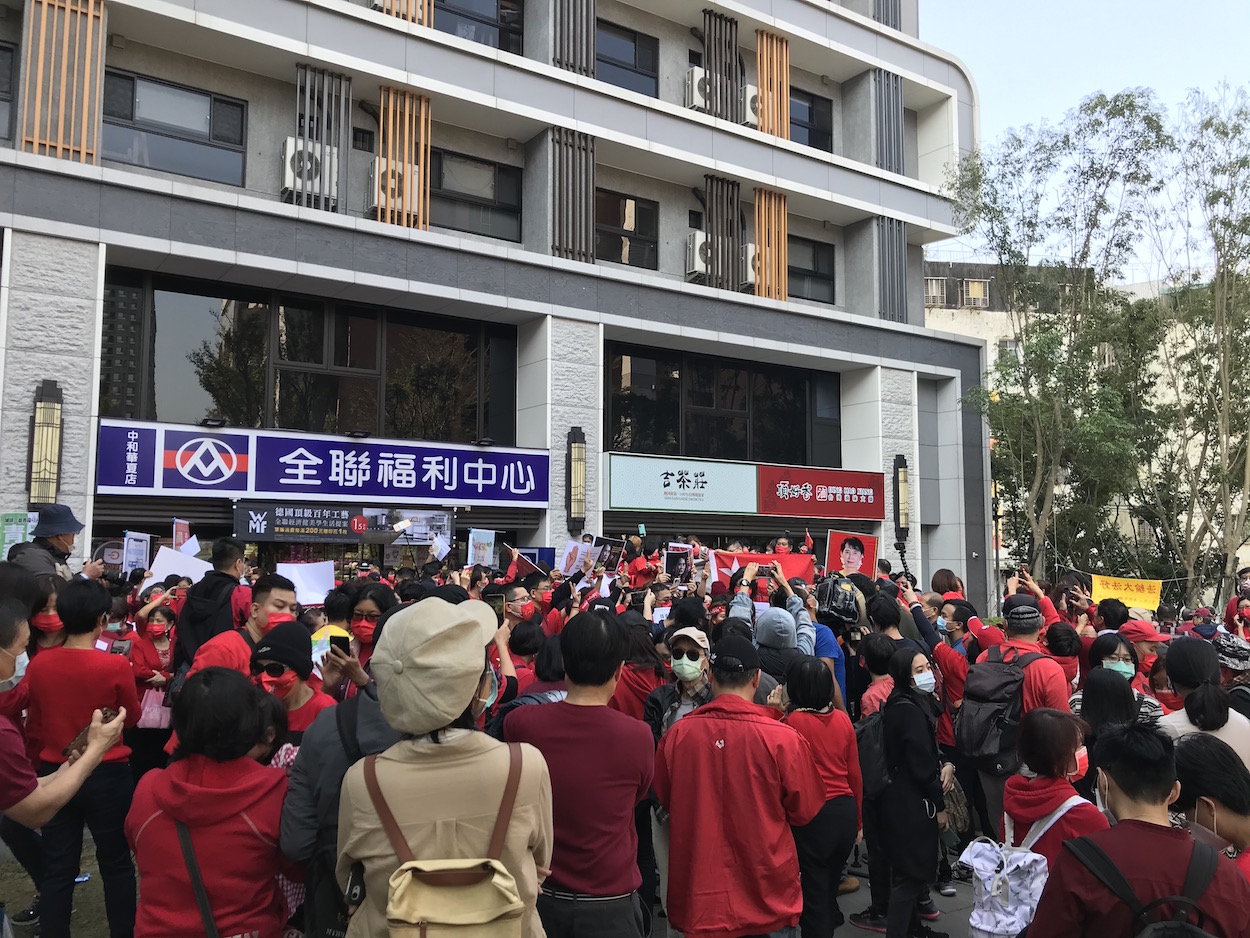 Many questions from Taiwanese media fielded at participants in the rally asked about support for Aung San Suu Kyi and the NLD, given international backlash against Suu Kyi and the NLD for their silence or even justification of the Rohingya massacre. Responses ranged from claiming the Rohingya massacre was a result of the Burmese party-state, to citing the complicated history of inter-ethnic conflict in Burma. Some of the chants of the rally were specifically about Suu Kyi, expressing trust in her.

The rally appears to have primarily been publicized among members of the Burmese community in Taiwan. There was comparatively little outreach on social media outside of a post on the online forum/publishing platform Matters. That being said, Taiwanese media presence was quite heavy, and a Chinese-language discussion on events in Myanmar is scheduled to take place on Clubhouse—which has been explosively popular in Taiwan for discussing political ideas—later tonight. Representatives of the Taiwan Association for Human Rights, one of the major human rights NGOs of Taiwanese civil society and which has been active since the Taiwanese democracy movement, were present. 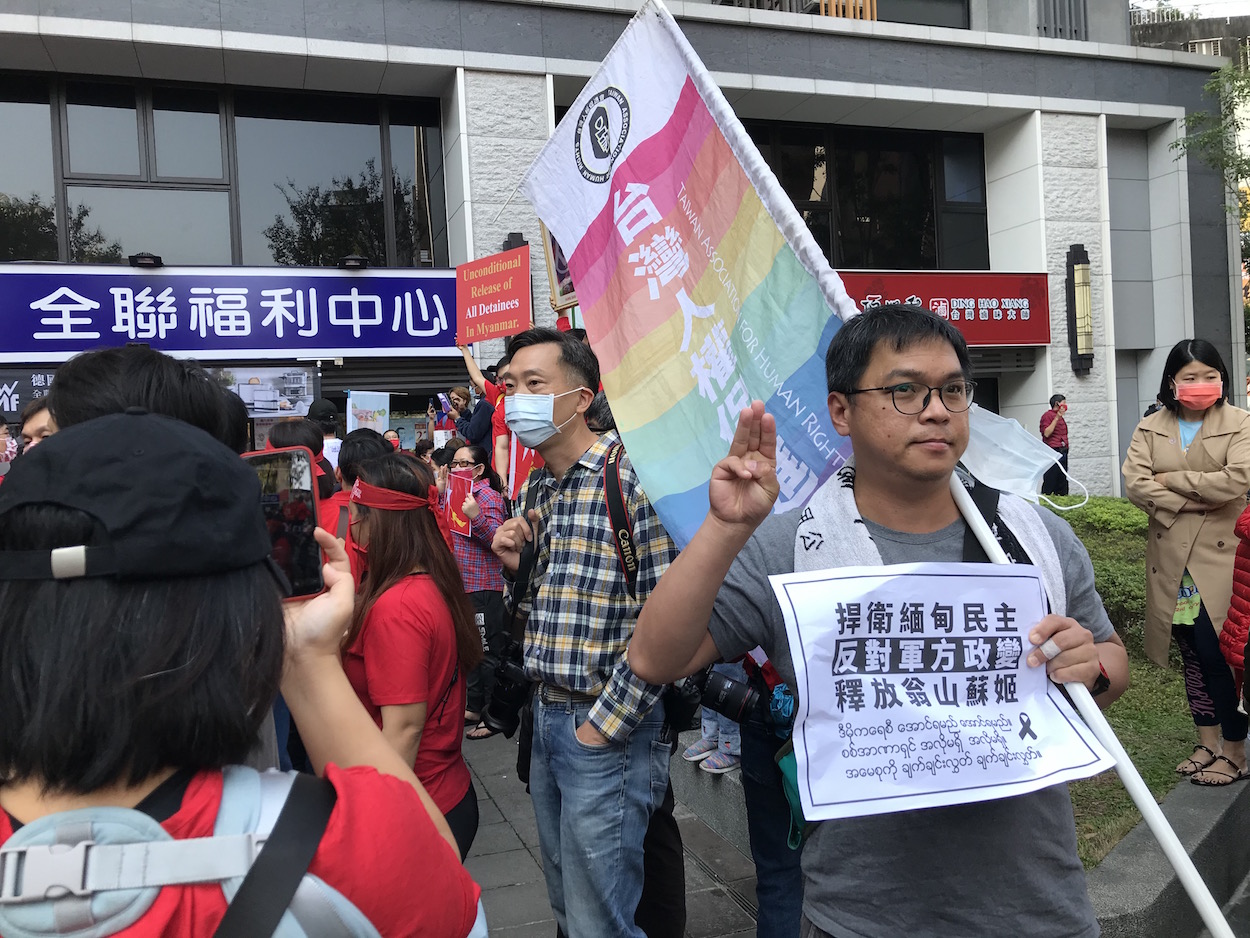 Shih Yi-hsiang, the secretary-general of the Taiwan Association for Human Rights, at the rally. Photo credit: Brian Hioe

The rally today is the latest of a series of solidarity rallies for protests taking place in other parts of Asia over the last year, such as regarding the protests in Hong Kong that originally began in 2019, or protests against the military junta and monarchy in Thailand. Though not as large as solidarity rallies that took place for Hong Kong, which drew tens of thousands at their peak and were primarily composed of Taiwanese participants, the rally was a comparatively large one. This may be unsurprising the size of the Burmese diaspora in Taiwan. Taiwan has over 40,000 Burmese residents, some which are of Chinese descent and came to Taiwan with the KMT after the Chinese Civil War.

Indeed, many of the solidarity rallies that have taken place in Taiwan over the past year have been organized by diaspora groups in Taiwan. For example, the Hong Kong Outlanders, along with other Hongkonger groups, has played a pivotal role in organizing solidarity rallies for Hong Kong, while the Taiwan Alliance for Thai Democracy has played an important role in organizing solidarity rallies for Thailand. One can compare the political allegiance of the Myanmar solidarity rally to the NLD and its centering of the figure of Aung San Suu Kyi to the frequent use of portraits of the Dalai Lama in demonstrations held by the Tibetan diaspora groups in Taiwan, the largest of which is usually the annual commemoration of Tibetan Uprising Day on March 10th. 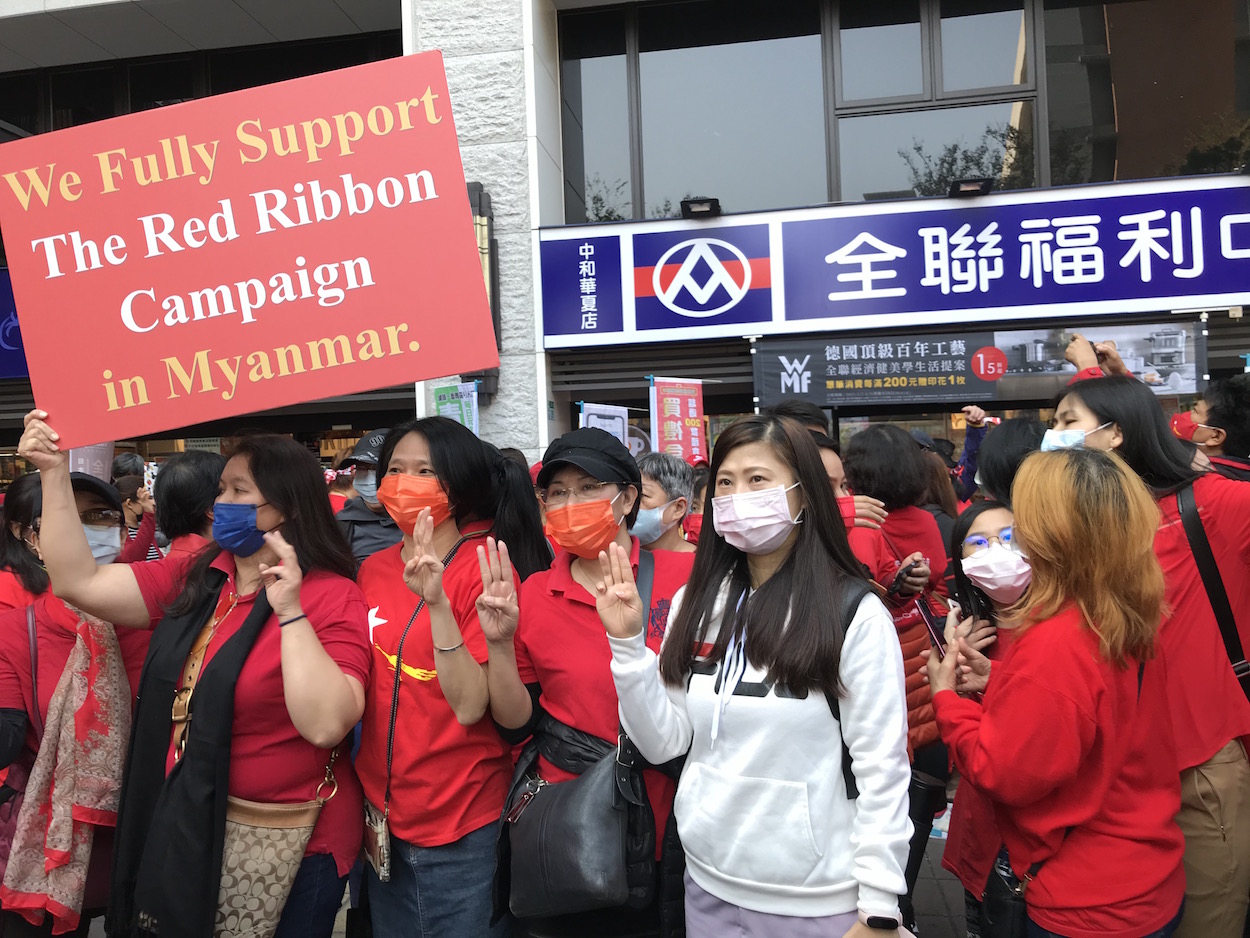 It remains to be seen if further solidarity marches from Myanmar will take place, as well as whether such solidarity marches will see more participation by Taiwanese groups. With events in Myanmar highlighting questions regarding democracy in Myanmar, some have sought to include Myanmar in the “Milk Tea Alliance” framing that has served to articulate solidarity between countries in Asia striving for democracy, this framing having primarily revolved around Taiwan, Hong Kong, and Thailand to date; particularly the latter two. Some at the solidarity rally took photographs holding up the three-finger salute, which has been adopted in protests against the military government in Myanmar after this became popular in Thailand. Likewise, much remains up in the air about future developments in Myanmar.