Despite Moderate Tone During National Day Speech, China Strikes Back at Tsai Administration

DURING NATIONAL DAY, the celebration of the Republic of China’s founding, Taiwanese president Tsai Ing-wen struck a moderate tone in her state address. Tsai touted Taiwan’s successes fighting COVID-19 and economic growth in spite of the pandemic, while also promising to encourage innovation, and strengthen ties with the international world.

Where cross-strait exchanges were concerned, Tsai struck a moderate tone. As with past years, Tsai continued to highlight the diversity of Taiwan’s contemporary cultural pluralism, referencing the recent win the Golden Melody wins of indigenous artist A-Bao, as a means of avoiding the Sinocentric framing of National Day.

However, Tsai did not tout strengthening US-Taiwan ties in any particularly strong way as an accomplishment, so as to avoid provoking China. Though Tsai stated that she would reemphasize efforts to reform the Taiwanese military to maintain national security and that Taiwan faced threats from Chinese efforts at regional hegemony, Tsai also quoted Chinese president Xi Jinping as stating to the UN General Assembly that “China [would] never seek hegemony, expansion, or a sphere of influence.”

In this light, Tsai’s comments have been understood as offering a peace branch to China. In particular, Chinese military drilling in the airspace and maritime waters around Taiwan has increased during the COVID-19 pandemic, with China sending warplanes to airspace around Taiwan on a near-daily basis and announcing last month that it no longer recognized the median line of the Taiwan Straits. As the Taiwanese military has had to spend 900 million USD this year on air intercepts of Chinese warplanes, China has likely spent a similar amount on militarily intimidating Taiwan in the past year—though China’s airspace incursions occur frequently enough at this point that they are better seen as a form of military exercise, or as a means of testing Taiwan’s defense weaknesses.

Though Tsai was seeking to play the role of a peacemaker, it may not be surprising that the Chinese government has sought to frame Tsai’s comments as an admission of weakness. One also notes that in the same timeframe as National Day, Chinese state-run media broadcast a program trumpeting what it claimed to be captured Taiwanese spies caught part of an operation called “Thunder 2020”.

A televised confession of guilt from Taiwanese businessman and activist Morrison Meng-chu Lee, who has not been seen since he disappeared over a year ago after crossing into China from Hong Kong, was broadcast one day after National Day. Lee took photos of Chinese paramilitary personnel in Shenzhen at a time in which it was feared that China was massing paramilitary forces in Shenzhen in preparation for an imminent military crackdown on protests in Hong Kong. As a result, Lee was claimed to be a spy working for the DPP. Other individuals claimed to be Taiwanese spies also appeared on the program. 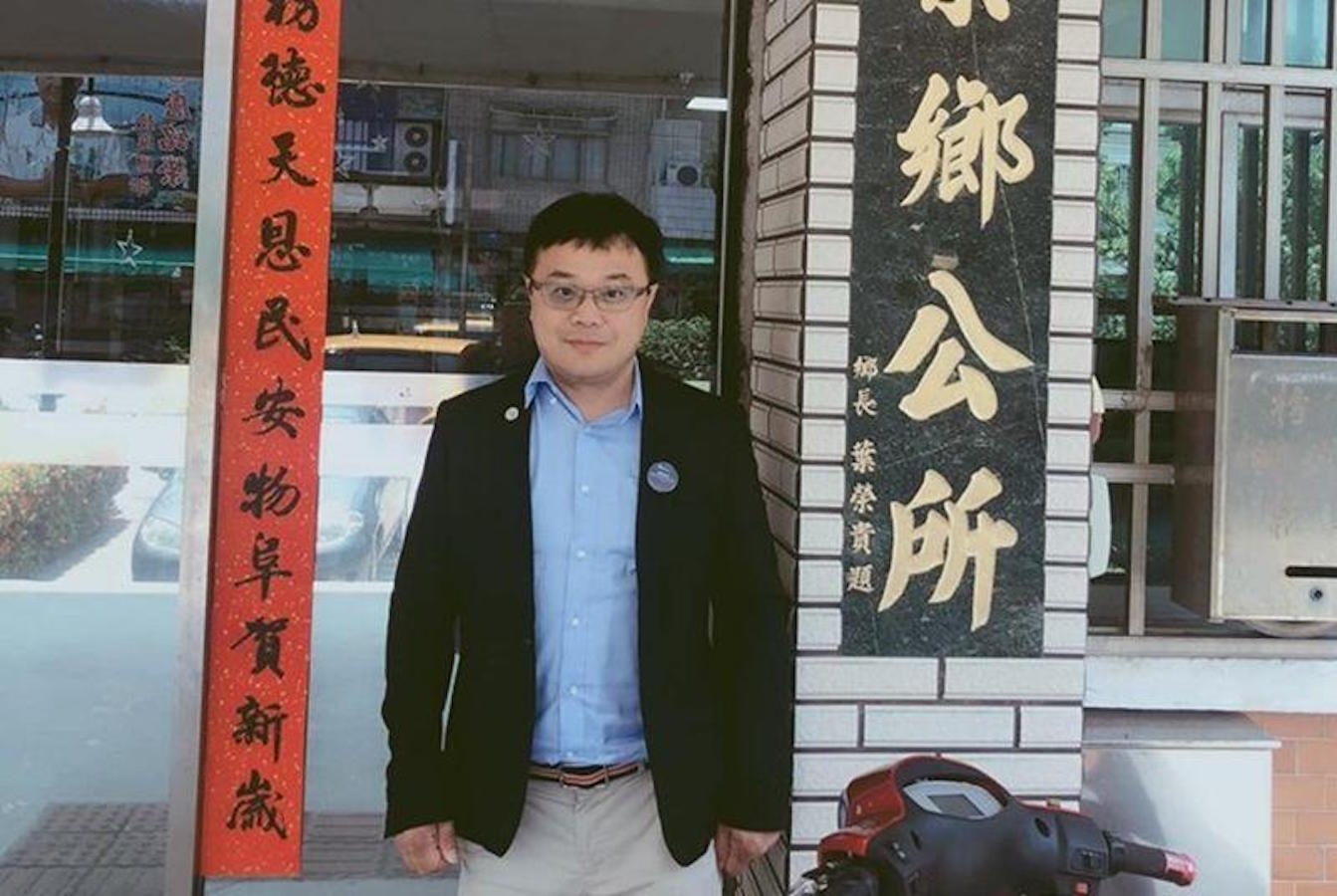 In the meantime, the KMT also seems unlikely to turn over a new leaf where its cross-strait policy is concerned. The party struck back at Tsai’s comments during National Day as denigrating the ROC, in line with longstanding accusations against the DPP of attempting to achieve “cultural Taiwanese independence” through “desinicizing” symbols and institutions of the ROC.

The KMT surprised earlier this month by putting forward a proposal calling for the government to push for the establishment of formal diplomatic relations between the ROC and the US. The proposal was passed unanimously in the Legislative Yuan by all legislators in a rare show of bipartisanship.

The proposal was likely an initiative of current KMT chair Johnny Chiang, who took office promising to reform the party to change its pro-China image, as well as suggesting that the party could possibly drop the 1992 Consensus. It likely took a great deal of political capital for Chiang to manage to get KMT legislators to agree to the proposal, seeing as the party has taken an increasingly hard line against the DPP over the past few months. 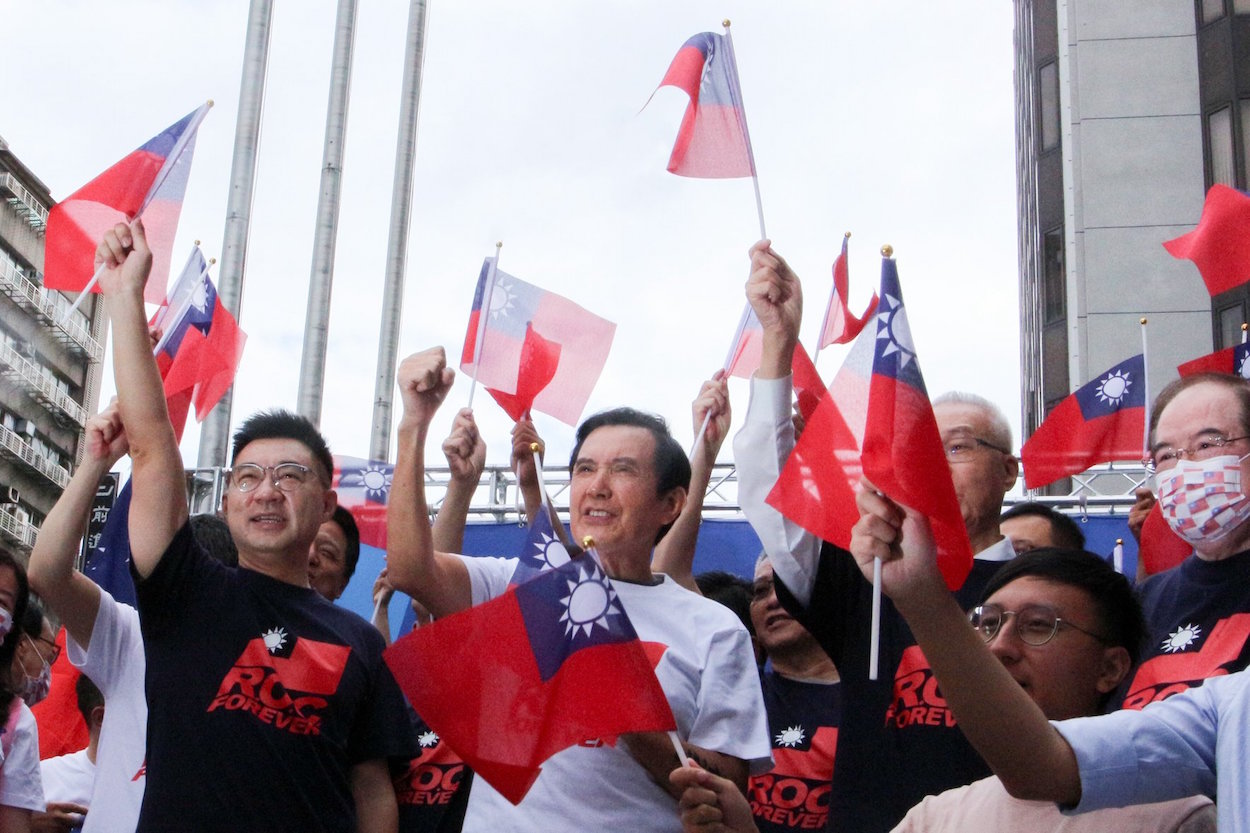 Despite that the proposal was supported by both parties, the KMT has since tried to use the proposal as a way to attack the DPP, by claiming that its proposal is superior to the DPP’s previous stance that it did not currently intend to seek formal relations with the US. Members of the KMT were likely sold on the idea by Chiang in view of that this could be a way to undercut Tsai’s ability to tout improving ties with the US as a foreign policy achievement.

That being said, former president Ma Ying-jeou has since stated that he does not believe that the party would support the notion of establishing formal diplomatic relations with the US. Despite that Johnny Chiang is still party chair, Ma is an increasingly assertive force in the party, and he likely intends to militate against the notion of closer ties with the US by claiming that this would be overly provocative of China. It appears, then, as though the KMT will see internal conflict regarding the notion of establishing stronger ties with the US.