THE POSSIBILITY OF social mobility has been a well-argued topic in advanced countries. The U.S. was once considered the place of the “American dream”, in which people could move upward as long as he/she worked hard enough because America was a place with plenty of opportunities. However, the “American dream” has since been proved to be false, especially for Latin American immigrants or many African Americans. Racial inequality and related class stratification have told the ugly truth that people come to the U.S. working night after day do not necessarily attain their ideal lives. Rather, they are often stereotyped and discriminated, no matter how capable they may be. Class differentiation and stratification are not a unique phenomenon to the U.S. If we look at today’s Taiwan, stagnated mobility can be considered the most pressing issue for the younger generations. 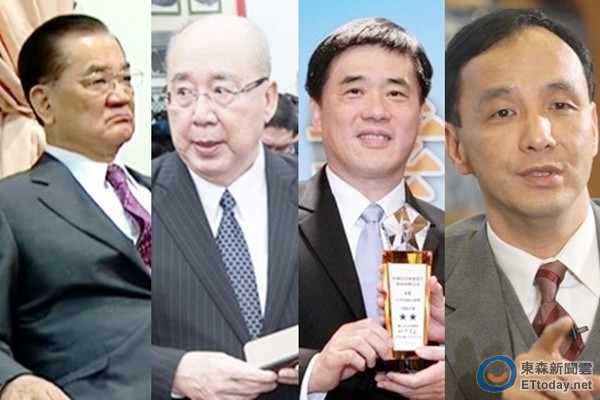 The “Four Families” of the KMT. Photo credit: ET Today

Max Weber in his book, Theory of Social and Economic Organization, mentions the differences between “status groups” and “class situations”. We often use “class situations” to understand or explain our daily lives. However, the term “class” is a relative concept, where everyone can possess a “class position”; for example, “working class” as a whole is a “social class”, while people occupying a privileged position through property and education are another one–“social class”. But a “status group” refers to “a plurality of individuals, who within a larger group, enjoy a particular kind and level of prestige by virtue of their position and possibly also claim certain special monopolies”. [1] So we can describe the existing Taiwanese society in this way: “Upward mobility between social classes is hard to realize because a certain status group has claimed and retained the privileges within their closed circle”. For Weber, the formation of status group is not necessarily associated with class situations; for instance, when one has moved upward to a managerial position, his social class may have changed but this transition does not consequentially lead to a higher status. Hence, I will argue that “status group” is a better term to illustrate today’s political circumstances in Taiwan, especially in regards to powerful politicians in KMT and their “political plots” in the elections.

When we look at today’s A-list KMT politicians, what is in common among them is that they are privileged because of their background. Here, the background refers to familial inheritance, but also privileges gained from in-laws. Ma Ying-Jeou and Hau Lung-Pin are two obvious examples, both of their fathers had significant influence during the KMT’s authoritarian years. Because of their fathers’ political resources and their intentional cultivation as politicians, Ma and Hau, among other politicians like Wu Chih-Yang, have been prepared to acquire important positions in the KMT party, and subsequently mayor of Taipei and the president of Taiwan. Another example is Chu Li-Luan. Although Chu does not have a politically advantageous background himself, he is married to a heavyweight politician’s daughter, and thus gained the necessary political resources from his in-laws. From Chu’s example, we also can see how politics is masculinized in a way that daughters are often excluded from inheriting political resources and status; this is especially the case in the KMT’s traditions. Likewise, we have a not-so-old example to illustrate how important one’s father/in-law is: the KMT’s primary election of Mayor of Taipei. Two candidates, Sean Lien and Ting Shou-Chung: the former is the newbie to politics but with a top-A-list father who has both political and financial strengths, while the latter is a politician with years of experiences in administrative affairs and political battles. From a rational perspective, Ting is a suitable candidate for campaigning for mayor, but still he lost the primary election to Lien. Lien Chan’s political and financial strengths, as well as his networks on both Taiwan and China have increased Sean Lien’s leverages on the campaign. 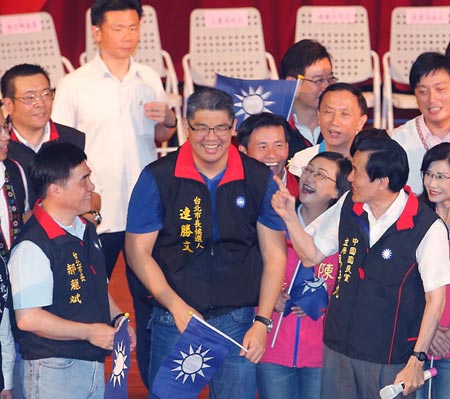 All the phenomena I just described seem to be products of the political struggles within the KMT party. However, there are at least two “realities” (or, shall we say, outcomes) behind these. First, when the younger generation of politicians is purposefully “made”, what they have learned/seen and who they have been in contact with has been intentionally filtered. During their youth, resources have been always available for them, whether be monetary or different kinds of social capital. In essence, their environment is different from the general public, for the political elites are only a small amount of people. When they have grown up and become leaders, there may be two scenarios: if they go to the business, they may be able to use their “way” (meaning their inherited network) to create more fortunes through circulating their social and financial capital. The other scenario is when these elites become politicians; because they raised isolated from general public, their typical way of life is different from most of the people. The difficulties of earning a living only exist in their imaginations and their habitual ways of fixing problems are money or the fathers/mothers. I am not trying to find excuses for these “naïve” politicians; rather, I want to point out that their closed circle has made them hard to be accept the people. More broadly, the second reality of these younger generation politicians is that they prevent, or at least help to prevent, upward mobility for the general public. When education is no longer the best way to increase an individual’s capability for upward mobility, there has to be some policies that can cause wealth/resources redistributions. For these younger generation politicians, part of their political power is supported by present interest groups. [2] Policies that can cause wealth/resources redistribution are often related to higher taxations or limited premiums; these policies are inevitably damaging of corporations’ profits, and lead to the withdrawal of financial and political support from these interest groups. In March 2014, in its crony-capitalism index, The Economist lists Taiwan as the No. 10 country practicing crony capitalism. [3] Such a high ranking is mostly due to KMT’s assets and its government officials’ close relations with businessmen. So when these younger generation politicians become the leaders of the government, it is really hard to expect any new or innovative polices that can promote social mobility between classes.

Although today’s political situation seems to be disappointing, especially when we have witnessed many privileged, well-taken-care-of younger generations joining political campaigns (not only the one at the end of 2014, but also many after that), I still have some optimistic expectations. These expectations are toward people’s capabilities of vigorous participations in public affairs, of overseeing the government’s administrative practices, and of providing rational discourses against injustice. I believe that many people have been awaked from unknowing because of the March social movement. Changing the political atmosphere cannot be reached in a blink of an eye; rather, one needs to bear in mind that people’s power sometimes can strong enough to shake the seemingly solid structure.

[2] I want to state here that although interest groups can mean any kind of groups that hold interests in the politics, whether it is disadvantaged minority or privileged ones, the interest groups here refer to the privileged one that often are benefited from monetary policies such as big corporations or business.