THE REVELATION that Taiwanese academic Tsai Chin-shu (蔡金樹) has been detained by China for over 420 days should be highly worrying. Tsai’s detention only came to light earlier this month after Shih Chien University professor Chiang Min-chin (江岷欽), who is actually a member of the KMT, disclosed information about Tsai’s detention on Jaw Shaw-kong’s TVBS political talk show, “‘Shaw-kong’s War Room.”

Despite Tsai having been detained in China for over a year, his detention in China was previously unknown because of the fact that Tsai’s family did not go public with the news. Chiang revealed news of Tsai’s detention without the permission of the Tsai family. Tsai was detained on charges of endangering Chinese state security and was detained by Chinese authorities in July of last year after crossing into China from Kinmen.

Tsai was detained sometime after Taiwanese human rights activist and former DPP party worker Lee Ming-che was arrested in China in March 2017. Lee has now been held for over two years on charges of seeking to subvert Chinese state security, likely due to attempts to discuss Taiwan’s history of democratization with Chinese friends on WeChat.

Taiwanese activist and businessman Morrison Meng-chu Lee, who was detained after participating in demonstrations in Hong Kong and then crossing into China last month, was previously thought to be the second Taiwanese person to be detained by China in a similar vein to Lee Ming-che. Morrison Meng-chu Lee was also accused of endangering state security.

But evidently, with the revelation that Tsai Chin-shu has been held in China for a year on charges of endangering Chinese state security, there are at least three Taiwanese currently held by China on similar grounds.

Tsai’s detention in China should raise a number of concerns. First, one notes that the Tsai family did, in fact, notify the Taiwanese government of Tsai’s disappearance in China. After Tsai’s disappearance was revealed by Chiang, the Taiwanese government’s Straits Exchange Foundation (SEF) stated that it requested information from China’s Association for Relations Across the Taiwan Straits regarding Tsai, but received no response.

As such, it is possible that there are other cases of Taiwanese detained in China—possibly for years at a time—which are simply not publicly known because the family was not willing to come forward about the case and the Taiwanese government has complied with the wishes of the family in not making such cases public. 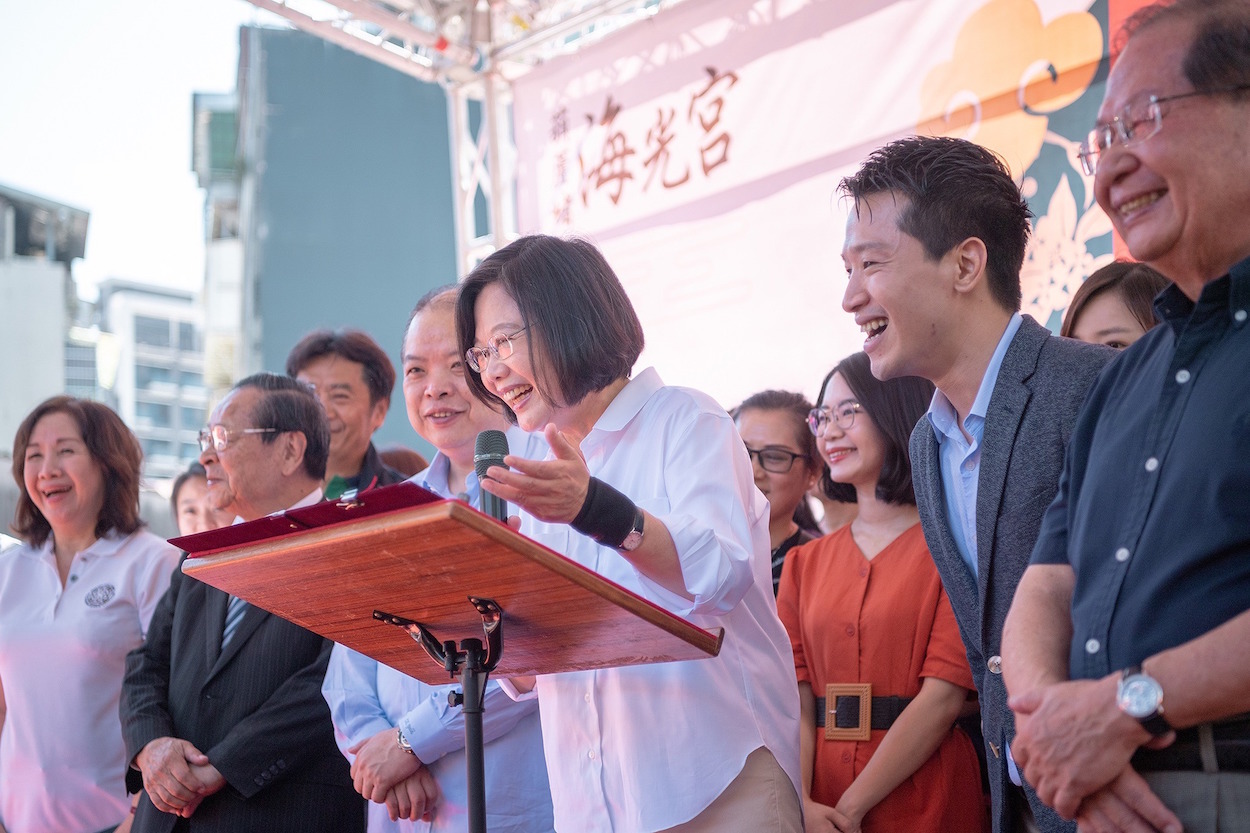 Following revelations of the three disappearances, the SEF has revealed that 149 Taiwanese citizens have disappeared in China since May 20th, 2016, with the government unable to confirm the whereabouts of 67 of them. Nevertheless, some disappearances are thought to be the result of injuries, crime, or accidental deaths, not necessarily detention by the Chinese government. The Tsai administration has also issued a warning to Taiwanese regarding travel to Hong Kong or China.

Cases of cross-strait kidnappings of Taiwanese by the Chinese government were negotiated in an under-the-table manner by the KMT and CCP during the authoritarian period. Some families—particularly those with pan-Blue backgrounds—may believe that they can more easily secure the release of their family members if they remain quiet about their detention.

Indeed, Tsai is, in fact, an active advocate of political unification between Taiwan and China and a member of the pan-Blue camp. Tsai has a Ph. D from Xiamen University’s Graduate Institute for Taiwan Studies, one of China’s major research centers about Taiwan, and chaired the Southern Taiwan Union of Cross-strait Relations Associations. Tsai was also director of the Kaohsiung Cross-Strait Exchanges Research Association.

The Southern Taiwan Union of Cross-strait Relations Associations advocates closer political and economic relations between Taiwan and China and was a supporter of the Ma administration’s efforts at establishing closer ties with China, as observed in the organization’s support of the 2015 Ma-Xi meeting.

Lee Ming-che and Lee Meng-chu were members of the pan-Green camp, given their histories of social activism, and Lee’s former membership of the DPP. Hence their detention by China. But evidently, even being an advocate of unification can get one detained by China.

Perhaps similar to the Tsai family, one notes that in the case of Lee Ming-che, who seems to have also come from a pan-Blue background—Lee himself was actually a former member of the youth section of the New Party before an apparent political shift led him to join the DPP—splits emerged within the Lee family regarding what attitude to take regarding his detention. 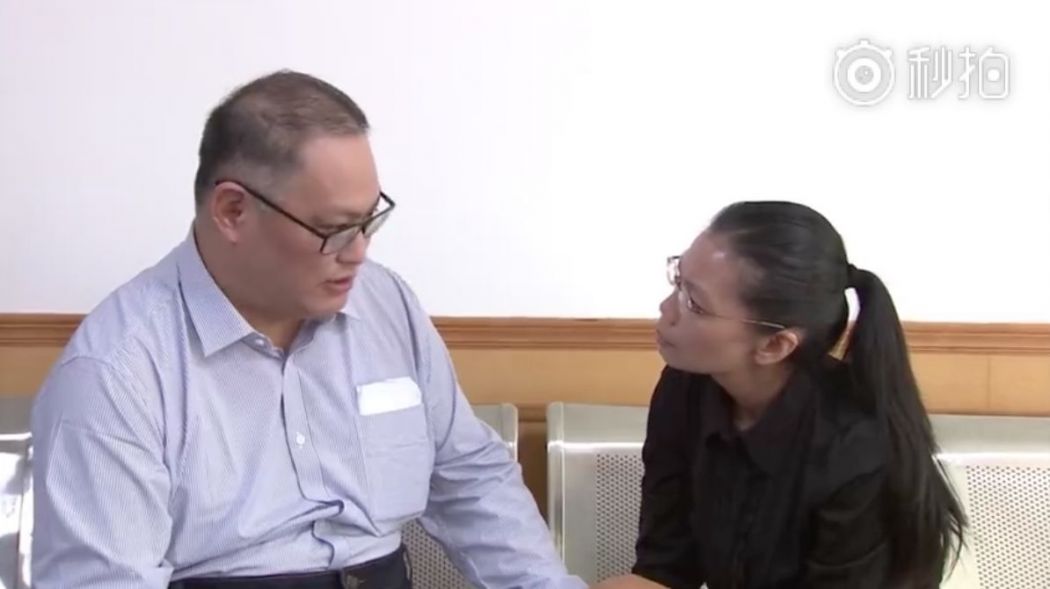 Lee’s mother seemed to adopt the view that the Lee family should remain quiet about Lee Ming-che’s disappearance, in fact, calling on her son to “apologize to the Chinese motherland” and reportedly taking the opportunity to throw out Lee Ming-che’s political books. On the other hand, Lee’s wife, Lee Ching-yu went public with the case to call for her husband’s release, reportedly coming into conflict with Lee’s mother.

During this period, the Lee family was also approached by an individual claiming to be a broker for the Chinese government who told them that Lee would be released faster if the Lee family did not try to make the case more widely known. The individual in question, Lee Chun-min, who was a Taiwanese national formerly detained by China for decades on charges of spying, and has close ties to KMT politician Alex Tsai. When questioned, Tsai intimated that he had tried to pull strings with Lee and the Chinese government to try and resolve the Lee case in an under the table manner.

Caution seems necessary for Taiwanese traveling to China going forward, then. There are at least three cases of Taiwanese held in China—if not more—on charges of endangering the state security of the Chinese government. At this point, whether pro-independence or pro-unification, it seems that simply being Taiwanese could possibly be sufficient cause for arbitrary detention by the Chinese government.