THE KMT’S KAOHSIUNG mayoral by-election candidate, Jane Lee (李眉蓁), also known as Li Mei-jhen, has come under public scrutiny after accusations that she plagiarized her master’s thesis. Lee’s master’s degree was from National Sun Yat-Sen University and Lee currently serves as a city councilor in Kaohsiung,

Lee’s thesis, which was titled “An Analysis on Trade between Taiwan and China,” is accused of being plagiarized from academic work by Tung Chen-yuan, who serves as the Minister of the Overseas Community Affairs Council. Lee is accused of plagiarizing 96% of her thesis. Ironically Tung is a member of the DPP and serves as part of the current Tsai administration. 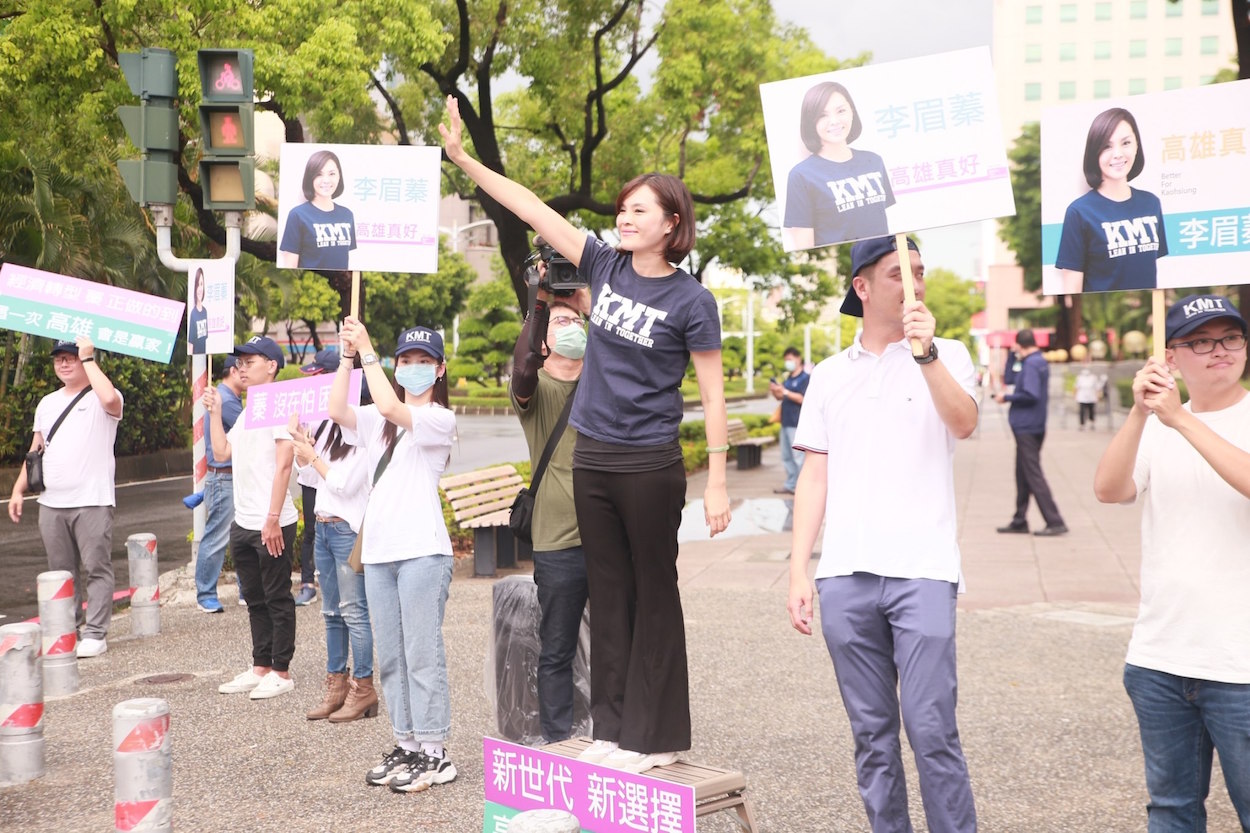 KMT politicians such as Huang Tzu-che, deputy director-general of the party’s Cultural and Communications Committee, initially sought to deflect from the controversy. Huang claimed that Lee had only copied four pages of her thesis, rather than 96% of the thesis, and that this was not sufficient to constitute genuine plagiarism.

Some KMT politicians also sought to deflect from the controversy by bringing up conspiratorial allegations that current president Tsai Ing-wen never wrote her doctoral dissertation and that, in this way, her doctoral dissertation is fake, or that claims Tsai plagiarized her thesis. These allegations were originally spread by deep Green critics of Tsai who saw Tsai as compromising too much on the issue of Taiwanese independence and seemed to begrudge Tsai as a female politician.

Lee made comments to this effect herself, stating that she would explain the situation regarding her thesis if Tsai first clarified allegations regarding her doctoral thesis. Lee claimed that focus allegations of plagiarism against her were a distraction from larger and more significant issues at hand regarding Tsai’s dissertation, perhaps hoping to suggest the allegations were simply a smear against KMT politicians using charges that DPP politicians as Tsai have themselves faced in the past.

As the scandal also affects the academic prestige of National Sun Yat-sen University, the university administration announced that it would conduct a four-month investigation into the allegations. If the allegations were found to be true, Lee’s master’s degree would be invalidated. National Dong Hwa University vice president Chu Chin-peng was on the examining committee for Lee and stated that he also would cooperate with any investigation.

However, perhaps aiming to sidestep the issue, a few days after news of the controversy broke, Lee stated that she would voluntarily give up her degree. This is not likely to bury the issue, seeing as there is no provision for giving up a degree according to the Degree Conferral Act and National Sun Yat-sen University is unlikely to drop the investigation.

A petition has been organized by National Sun Yat-sen University students calling for Lee’s degree to be invalidated if she is found guilty of plagiarism. More generally, it is to be noted that problems regarding plagiarism are increasingly severe in Taiwan’s academic system, issues returning to an inflated graduate school market.

At 41 years old, Lee is considered one of the KMT’s younger politicians. Lee also had a relatively clean image as a KMT politician prior to the scandal.

The KMT’s presidential candidate during the 2020 elections, Han Kuo-yu, originally rose from obscurity to political superstardom in 2018 after winning the 2018 Kaohsiung mayoral election. Prior to Han’s victory, Kaohsiung was considered solidly pan-Green territory, and his mayoral win was seen as representing that the DPP’s hold over its traditional bases of power might be weakening. The KMT, then, sought to make new inroads into southern Taiwan, long thought of as firmly pan-Green territory.

Nevertheless, Han was soundly defeated by Tsai during the 2020 presidential elections. Adding insult to injury, Han was then recalled as Kaohsiung mayor in June, a historic event that was the first recall vote of its kind. Han was recalled by large margins, reflecting anger from the Kaohsiung electorate against Han for failing to accomplish his grandiose campaign promises from 2018 and for taking three months off as mayor in order to campaign for president.

The large voter turnout during the recall vote against Han was interpreted as reflecting backlash against the KMT from the Kaohsiung voter electorate. As such, it was thought to be highly unlikely that the KMT would be able to win the mayoral by-election. The DPP is running vice premier Chen Chi-mai. Chen lost to Han in 2018, but has grown in popularity in the years since. Though Ko Wen-je’s Taiwan People’s Party is also fielding a candidate, current Kaohsiung city councilor Wu Yi-jheng, many believe that Chen’s victory is all but certain. 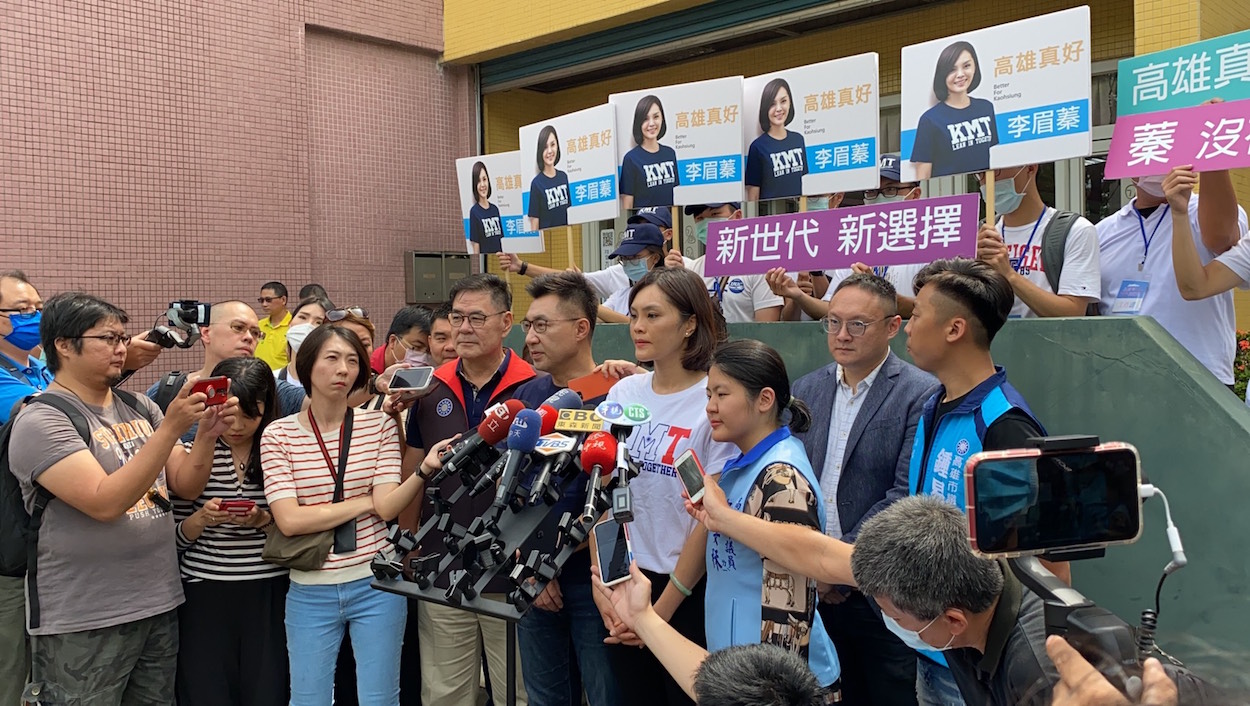 Consequently, the KMT running Lee as a mayoral by-election candidate was likely intended to give media exposure to a promising young politician in the party, in preparation for future electoral runs. But this has unexpectedly backfired for the KMT, with the scandal regarding Lee instead further tarnishing the party’s image. It does not, of course, reflect well on the KMT or efforts to change the party’s image under chair Johnny Chiang that its up and coming politicians are, like its older and more established politicians, prone to scandals regarding political or academic corruption.

Indeed, much backlash has centered around Lee’s privileged background as a second-generation politician. Lee’s father, Lee Jung-chung, also previously served as Kaohsiung city councilor, and is known as a close associate of Han Kuo-yu’s. Some have connected Lee’s elite background with her willingness to plagiarize someone else’s academic work, rather than to write her own master’s thesis and to do her own work. The Lee scandal will contribute to the KMT’s reputation for being a party of political elites, who are only concerned with their vested interests and who are out of touch with regular members of society.