Chinese Women’s League Ruled To Be A KMT-Affiliated Organization

THE TSAI ADMINISTRATION has taken a decisive step in labelling the Chinese Women’s League to be a KMT-affiliated organization, meaning that the organization has been judged to not a private organization, but a party organization of the KMT. Namely, difficulties persist in distinguishing ROC institutions from KMT institutions even after the transition to democracy, as well as in ruling that organizations which claim to be ostensibly independent in the present, in fact, remain directly controlled by the KMT. In particular, it is sometimes hard to acquire hard evidence that these organizations are de facto controlled by the KMT, and the KMT leverages charges that the DPP is an authoritarian political actor when it takes actions against such organizations. 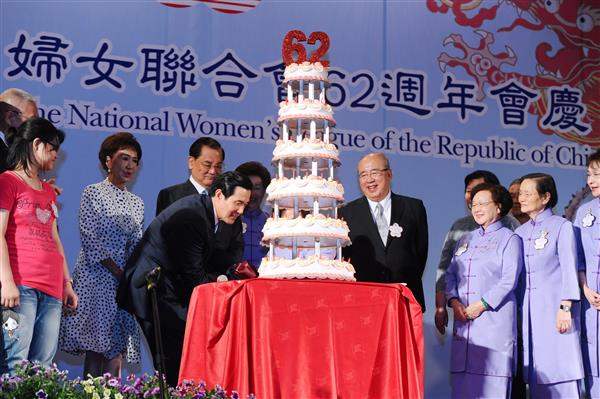 The Chinese Women’s League was one of several major organizations run by the KMT party-state for the state of mobilizing various social demographics. The Chinese Youth League, the KMT Youth League, and various veterans’ groups are other examples. These sorts of organizations were prominent in early 20th century politics, an age dominated by mass parties and mass political organizations.

What has been particularly controversial, however, is the fact that the Chinese Women’s League was directly funded by the state and, in this way, has substantial assets which has led it to become the target of the current probe into illicit assets of the KMT that it retains into the post-authoritarian period, despite democratization. The total assets of the Chinese Women’s League are valued at NTD 38.1 billion, larger than the total assets the KMT reported that it possessed in 2017, at NTD 18.1 billion. This means that the Chinese Women’s League, in theory, actually commands more assets than the KMT, one of the two major political parties in Taiwan, and one which has always dwarfed its competitor, the DPP, in terms of size and resources.

This would be true of other organizations affiliated with the KMT in the past as well, such as the China Youth Corps, which came last year under scrutiny of both the Tsai administration’s KMT party assets probe as well as pension reform efforts aimed at curbing the lucrative pensions that the KMT paid to members of the military, police, and civil servants as a reward for political loyalty, although this may eventually bankrupt Taiwan’s pension system. Namely, over 50 members of the China Youth Corps receive such pensions, despite that these pensions were normally reserved for members of the KMT party-state.

These actions occur after the Tsai administration suggested that it would give the Chinese Women’s League a chance to reorganize, urging the Chinese Women’s League to sign administrative contract with the Ministry of the Interior while ordering the removal of chairwoman Cecilia Koo (辜嚴倬雲). Internal contestation also seems to have broken out within the party subsequently, resulting in a split between a faction within the organization aligned with Koo, who urged a hard stance against the DPP, and a faction led by former KMT legislator Joanna Lei (雷倩), currently of the Faith and Hope League. Lei adopted a more conciliatory stance to the DPP and requested that Ministry of Interior Yeh Jiunn-Rong reach a quick decision regarding whether the Chinese Women’s League was a KMT-affiliated organization or not.

This conflict may also represent generational conflict within the pan-Blue camp in some form. In particular, the Faith and Hope League is a Christian right third party formed around a stance of strong opposition to gay marriage, but which positions itself as a centrist party which formed in 2015, in the political context of strong backlash against the KMT in the aftermath of the Sunflower Movement. The party is currently led by Lei.

On the other hand, Koo, who was born in 1925 in Fuzhou, Fujian Province, hails from another era of politics altogether. At age 92, Koo is one of the few surviving first-generation waishengren born in China, and so it may not be surprise that she has a number of reactionary political viewpoints. Cecilia Koo is the former aide of Madame Chiang Kai-Shek and was married to Koo Chen-fu before his death, Koo Chen-fu being the first chairman of the Straits Exchange Foundation, leader of the powerful Koos Group, and having served in numerous KMT administrations going back to the authoritarian period. 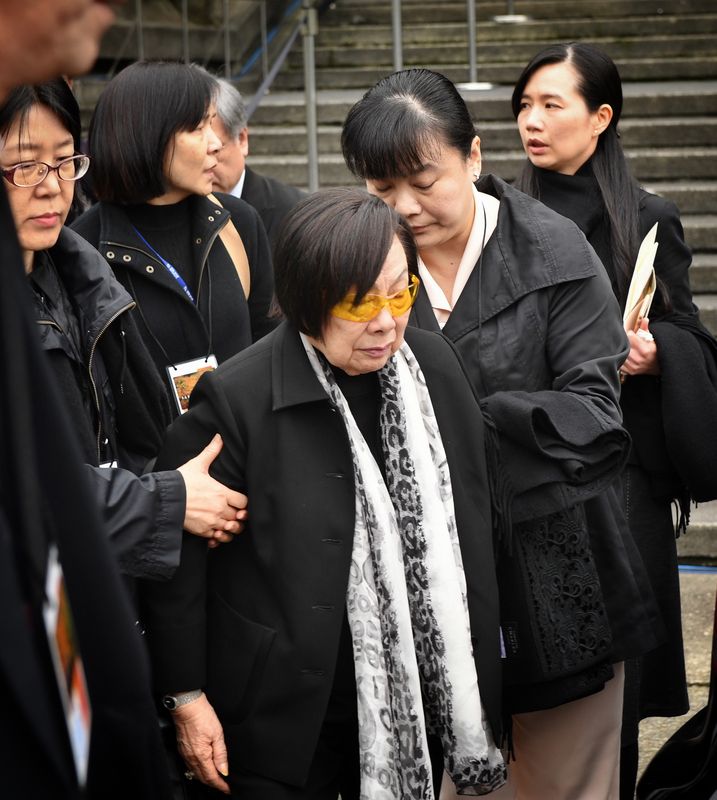 The initial results of this factional conflict was a victory for Koo, with the Chinese Women’s League refusing to sign this contract, and instead sending a letter of condemnation to the Tsai administration. Bizarrely, in the course of this, Pan Wei-kang (潘維剛) of the Chinese Women’s League Standing Committee attempted to claim feminist credentials for the organization, claiming that it was the ROC’s first feminist organization and comparing its defense against political charges from the Tsai administration to the #MeToo campaign against sexual harassment worldwide.

This resulted in the Ministry of the Interior firing Koo and league deputy chairwoman Yeh Chin-fong (葉金鳳) and Lei being elected as chairwoman of the organization. Lei agreed to the signing of a memorandum of understanding with the government, with 90% of the Chinese Women’s League’s funds to be donated to the government, and the organization submitting to public oversight. Lei also announced that she would be suing Pan, fellow Standing Committee member Tan Hai-chu (談海珠) and attorney Yeh Ching-yuan (葉慶元) for defamation.

Throughout this process, interference was alleged on the part of the KMT, particularly from KMT chair Wu Den-Yoh’s Tsai Ling-yi (蔡令怡). It was rumored that Tsai was a key force in motivating the Chinese Women’s League to refuse to sign the contract with the Ministry of Interior. If so, this continues the pattern that organizations labelled as KMT-affiliated by the Tsai administration have substantial ties with KMT party heavyweights. Central Investment Company, for example, is an investor in Central Motion Pictures, which recently came under scrutiny due to alleged embezzlement on the part of former KMT legislator, Central Policy Committee member, and spokesperson Alex Tsai.

But even if labelling the Chinese Women’s League to be a KMT-affiliated organization represents that the Tsai administration is now more willing to point to where organizations have direct ties with the KMT, some of the bigger targets that the Tsai administration could target could amplify charges of political persecution against the DPP from the KMT. One generally suspects this will not occur with the Chinese Women’s League, an organization which does not have a large membership despite its large amount of resources. 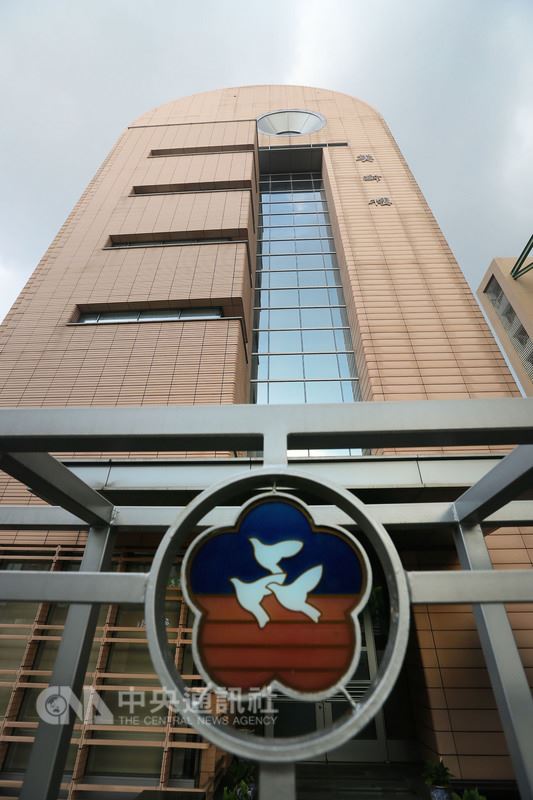 However, such charges could be amplified, for example, if the Tsai administration’s party assets probe went after the United Daily News, one of the largest media organizations in Taiwan and the major pan-Blue outlet, as has been raised as possible due to rumors that the newspaper was founded with KMT gold. It would actually be entirely surprising if such ties exist, seeing as the United Daily News was founded by KMT Standing Committee member Wang Tiwu (王惕吾), and the KMT had the aim of founding a media outlet in Taiwan to serve as a platform for its in Taiwan when it came over. Yet going after such a major media organization would lead to charges against the Tsai administration on a scale infinitely larger than, for example, the fallout from the police questioning of New Party personality Wang Ping-Chung for his involvement in the China-funded media outlet Fire News.

An added layer of complexity results from that, apart from financial assets stemming from the KMT, many ostensibly private organizations in Taiwan receive funding or donations from China and it is hard to draw the line as to when this is legitimate funding or donations and when this is not. That would be the next stage for the Tsai administration to tackle after taking care of the issue of KMT party assets and KMT-affiliated organizations perhaps. In this sense, one can still expect many complexities to face the party assets probe going forward.