CHINESE ASYLUM seeker and political dissident Li Jia-bao (李家寶), age twenty-two and only until very recently a student, continues to face the possibility of being deported from Taiwan.

Earlier this morning, Li visited the Mainland Affairs Council (MAC), which is housed in the cluster of government offices by the Shandao Temple area, in order to present a letter to the council. Li was seeking to present a letter to officials requesting that the MAC make the necessary arrangements to allow Li to marry his Taiwanese girlfriend.

Marriage would possibly allow Li to stay in Taiwan as the spouse of a Taiwanese national. This is likely a key reason for Li currently seeking to marry his Taiwanese girlfriend at present, though Li stated in his letter that he simply hoped to marry her, and that it was because of political reasons that he was unable to do so at present. 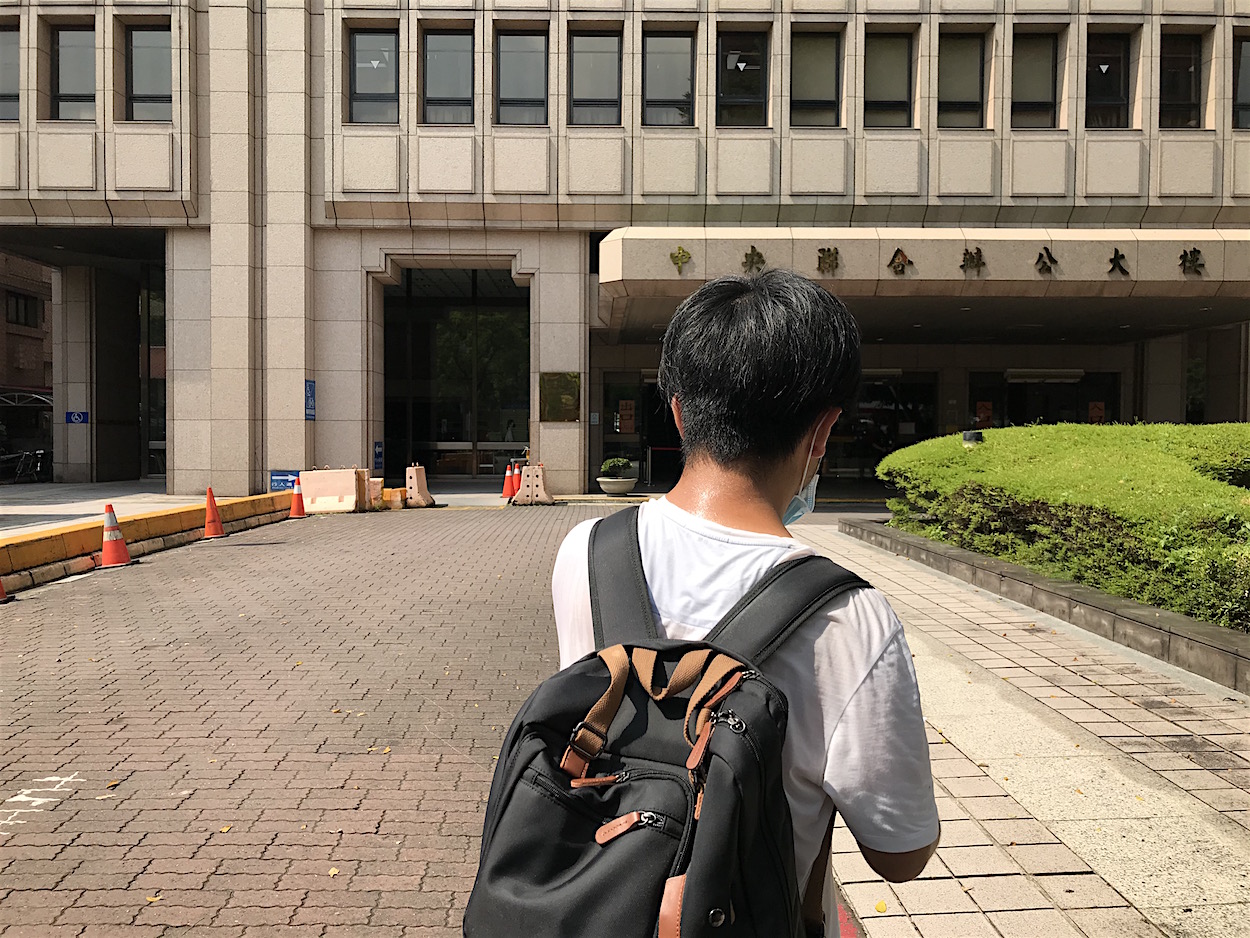 Under current laws, Li would have to leave Taiwan and then return for his marriage to be accepted by the Taiwanese government. Foreigners are generally required to leave Taiwan and then return to change their visa status after getting married—something that has become an issue in past months for foreigners that have married their Taiwanese partners to stay in Taiwan during the COVID-19 pandemic. But this is also true for Chinese nationals, whom the ROC constitution does not consider foreigners. Unfortunately for Li, leaving Taiwan is not an option because he cannot return to China given his history of criticizing the Chinese government.

Li originally was a student studying at the Chia Nan University of Pharmacy and Science in Tainan. However, during a live stream on Twitter in March 2019, Li criticized Chinese president Xi Jinping as having made himself an emperor for life through an authoritarian power grab. After the live stream, Li stated that he became unable to contact his parents and that he was cut off from his Chinese bank account, suggesting that further reprisals would await him if he returned to China.

Following public requests for asylum by Li, Li was granted a special visa to stay in Taiwan. Namely, Taiwan lacks any standard application process for asylum seekers, preferring to handle asylum seekers on a case-by-case basis. This is the case with Chinese asylum seekers, as well as Hongkongers seeking asylum in Taiwan in the wake of the protests that have rocked Hong Kong for over a year and the recent passage of a draconian new security law.

However, according to Li today, Li currently does not have any visa in Taiwan, and his stay here could be considered illegal. As such, Li faces the threat of possible deportation. Furthermore, Li is unable to continue his studies and he cannot legally work without a visa. Due to not being able to work in Taiwan, Li stated that he currently has limited savings, with only around enough to survive for one month, and he is relying on the generosity of Taiwanese friends to survive at present.

Although Li was originally supposed to be met by representatives of the MAC at 9:30 AM, after waiting for an hour in an area cordoned off by security, no representatives of the MAC appeared to accept the letter. After some confusion, security guards later informed Li around 10:30 AM that they would bring Li’s letter to the MAC, but that nobody would appear to meet with him.

Few media outlets were present to report on Li’s letter to the MAC. Apart from New Bloom, only one other outlet was present.

Indeed, Li’s case for asylum is one of the most high-profile cases of a Chinese national seeking asylum in Taiwan in past years, particularly given Li’s young age. It proves surprising how fast public exposure regarding Li’s case has faded away, especially seeing as Li was interviewed by NPR in February.

In past years, there have been cases of the Tsai administration persuading Chinese asylum seekers with documented histories of political activism to return to China, after which they disappeared. One example was the case of Zhang Xiangzhong (張向忠) in 2017, who was turned away by Taiwan despite having spent three years in jail for anti-corruption activism and disappeared after returning to China. 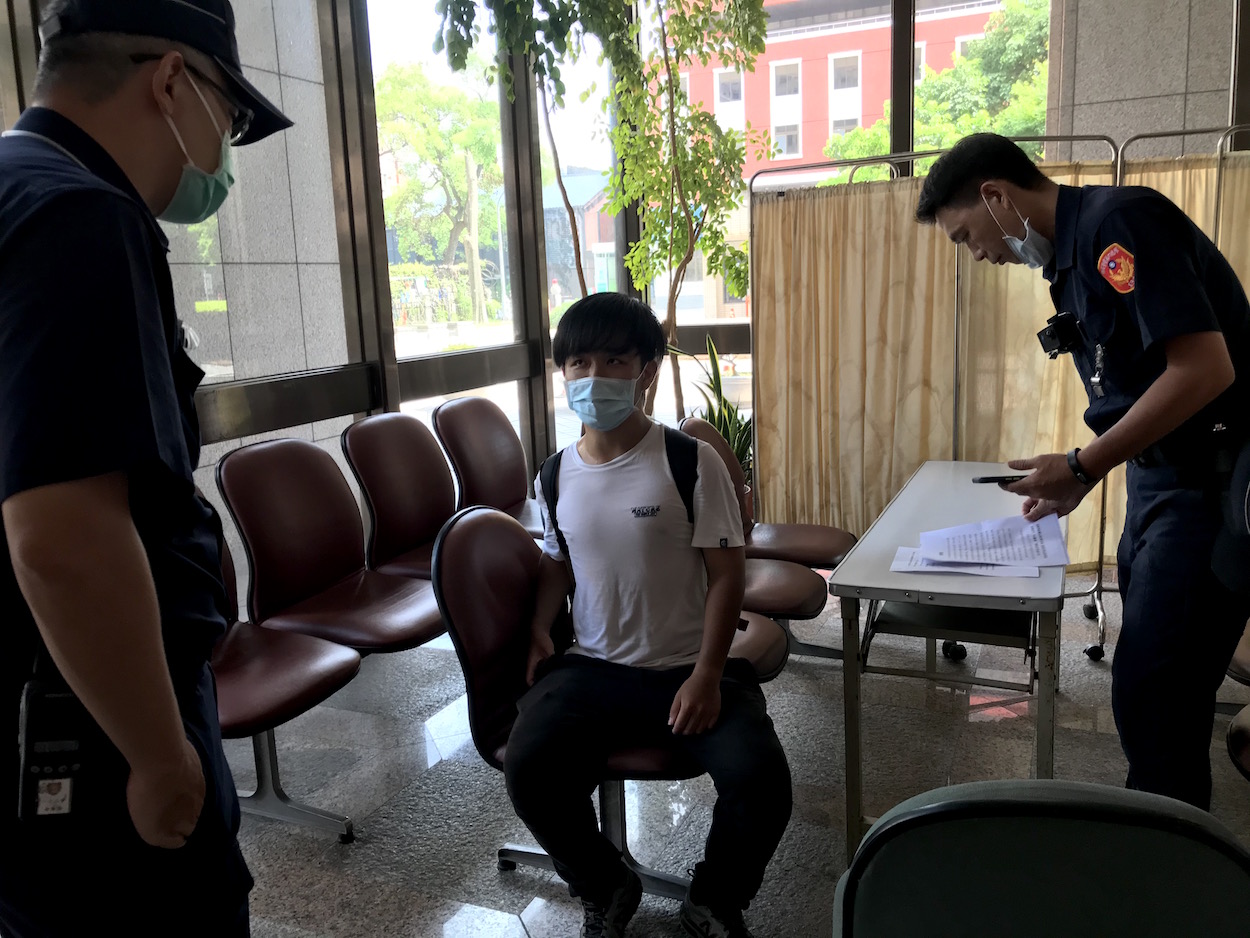 Likewise, in 2019, two Chinese dissidents, Yan Bojun (顏伯鈞) and Liu Xinglian (劉興聯), spent over one hundred days marooned in Taoyuan International Airport because the Tsai administration refused to grant them entry to Taiwan. The Tsai administration was very likely both would eventually tire of waiting and return to China, in spite of that they could have faced jail, torture, or death if they did so.

Yan was a participant in the New Citizens’ Movement (中國新公民運動) and Liu was one of the founders and the secretary-general of the NGO, China Rights Observer (中國人權觀察), as a result of which the duo had previously fled to Thailand. After public pressure, both were eventually granted entry to Taiwan.

The Taiwanese government has promised assistance for Hongkongers, recently setting up a new office in Taipei to assist Hongkongers seeking to work, study, invest, or seek asylum in Hong Kong. Lam Wing-kee, the last of the Causeway Bay booksellers to remain free, also recently reopened Causeway Bay Books in Taipei. Nevertheless, for the most part, asylum policies for Hongkongers are still vague, with Taiwan’s borders mostly closed due to the COVID-19 pandemic. And Li’s case not only raises unresolved questions regarding asylum policies in Taiwan for Chinese nationals, but gestures towards Taiwan’s general lack of formalized asylum policies.

It is to be seen if there will be any action on Li’s asylum case from the Tsai administration. But without any further media exposure for the case, this is unlikely to happen.