KMT Accuses DPP of Causing Suicide of Diplomat Through Fake News, Use of “Internet Army”

ACCUSATIONS BY the KMT that Internet influencer Yang Hui-ju, also known as Slow Yang, was responsible for spreading false information that led to the 2018 suicide of Taiwanese diplomat Su Chi-cheng may be the first major incident in the 2020 elections directly related to the issue of “fake news.”

Su killed himself in September 2018 after online allegations on the Internet forum PTT that the Osaka representative office had failed to aid thousands of Taiwanese in Japan affected by an earthquake in Hokkaido and Typhoon Jebi, leading the Chinese embassy to instead take action to aid them. These allegations, which were widely spread at the time, later turned out to be untrue. Su’s death has generally been seen as one of the major examples of an incident in which Internet disinformation efforts by the Chinese government had real-world consequences. 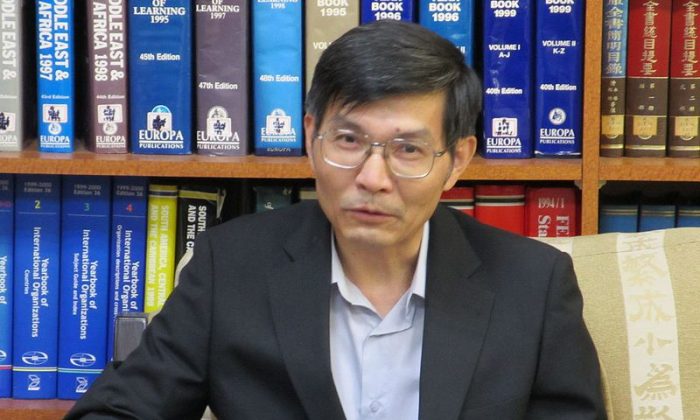 It is claimed that the PTT account which originally posted the allegations is linked to Yang’s cell phone’s IP address, with allegations are also that an individual named Tsai Fu-ming was also involved, as well as that IP addresses involved in spreading disinformation regarding the Osaka representative office’s handling of the earthquake can be traced back to DPP legislator Huang Kuo-shu’s office. A previous report by the Control Yuan suggested connections between an IP address linked to Yang and the accounts responsible for spreading disinformation regarding the actions of the Osaka representative office in 2018.

KMT and New Party politicians allege that Yang was acting in order to protect Hsieh’s reputation for the political mishandling of the aftermath of the Hokkaido earthquake by throwing Su under the bus. These politicians also suggest that funds awarded to a company run by Yang are the result of continued close ties between Yang and the DPP.

Taipei mayor Ko Wen-je has also jumped onboard with allegations against Yang, citing that all major political parties in Taiwan operate “Internet armies” and calling for an investigation into the matter.

The Taipei District Prosecutors’ Office is currently filing a lawsuit against Yang and Tsai, claiming that they were paid by the DPP to run an “Internet army” to influence public opinion. This is what led to the press conference by KMT and New Party politicians regarding these accusations.

But Ko’s actions seem to be another sign of the alignment between his recently formed Taiwan People’s Party and the pan-Blue camp. Ko, after all, has authority over the Taipei city government and law enforcement as Taipei mayor.

Concerns regarding the potential influence of fake news or disinformation efforts on 2020 elections are longstanding. A report by the V-Dem Digital Society Project earlier this year stated that Taiwan is the most vulnerable country in the world to disinformation attacks, which are thought to primarily originate from China. Some believe that the meteoric rise of current KMT presidential candidate Han Kuo-yu from obscurity to superstardom last year was due to efforts by the Chinese government to heavily promote Han online, as well as that the results of national referendums on gay marriage, nuclear energy, and other issues were affected by deliberate disinformation efforts. 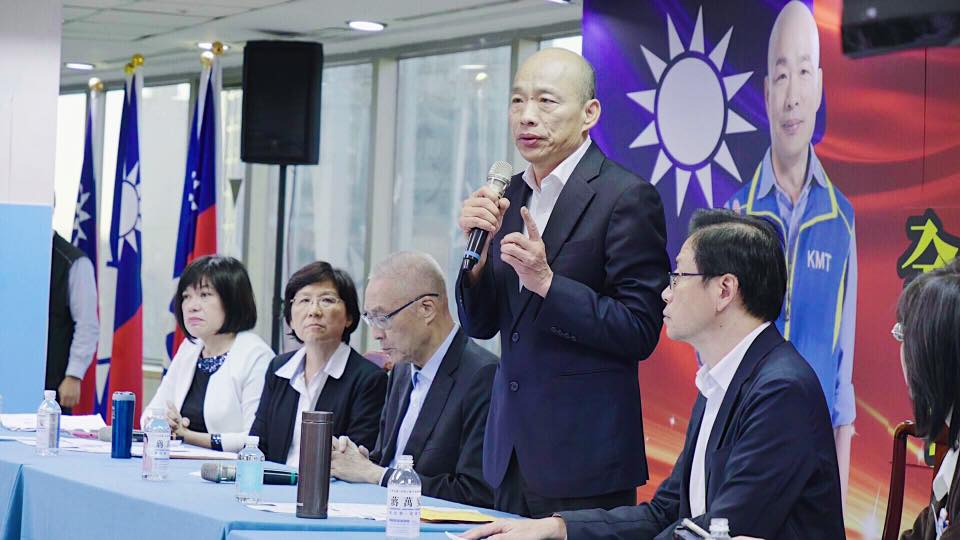 Apart from disinformation efforts which take place online or through social media networks, reports by the Apple Daily, the Financial Times, and Reuters state that media outlets affiliated with the pro-China Want Want Group and other pro-China groups directly accept Chinese funding and that Chinese government institutions such as the Taiwan Affairs Office have a direct say in the editorial direction of newspapers as the China Times.

It is the KMT that stands to be hurt most by allegations of Chinese election interference, seeing as this points to the way in which the KMT is a political proxy of the CCP. The KMT has attempted to allege that efforts by the Tsai administration to combat Chinese disinformation efforts are simply a form of political persecution.

The DPP has, for its part, denied connections with Yang. DPP deputy secretary-general Lin Fei-fan has cited past instances in which Yang targeted other high-profile DPP politicians to try and refute the claim that Yang is currently paid by the DPP to engage in Internet trolling efforts.

However, it would not be surprising if the KMT and other members of the pan-Blue camp are attempting to preemptively attack the DPP on the issue of fake news, by making accusations more frequently laid at the KMT’s feet against the DPP. This would be in line with accusations by the KMT that the DPP is conducting a “Green Terror” against it many times worse than the White Terror it conducted during authoritarian times—though one wonders where the thousands of dead bodies from those executed by the Tsai administration are if that is the case. The KMT has also attempted to insist, counterintuitively, that it is the DPP, not the KMT which could allow for “One Country, Two Systems” to be realized in Taiwan, this in spite of the fact that it is the KMT which is the pro-China political party in Taiwan.

It is not improbable, then, that the KMT is attempting to preemptively counter accusations that it is benefiting from Chinese disinformation efforts by accusing the DPP—and not it or the Chinese government—of actually being responsible for a high-profile incident in which disinformation efforts had a real-world effect, such as Su Chi-cheng’s suicide. 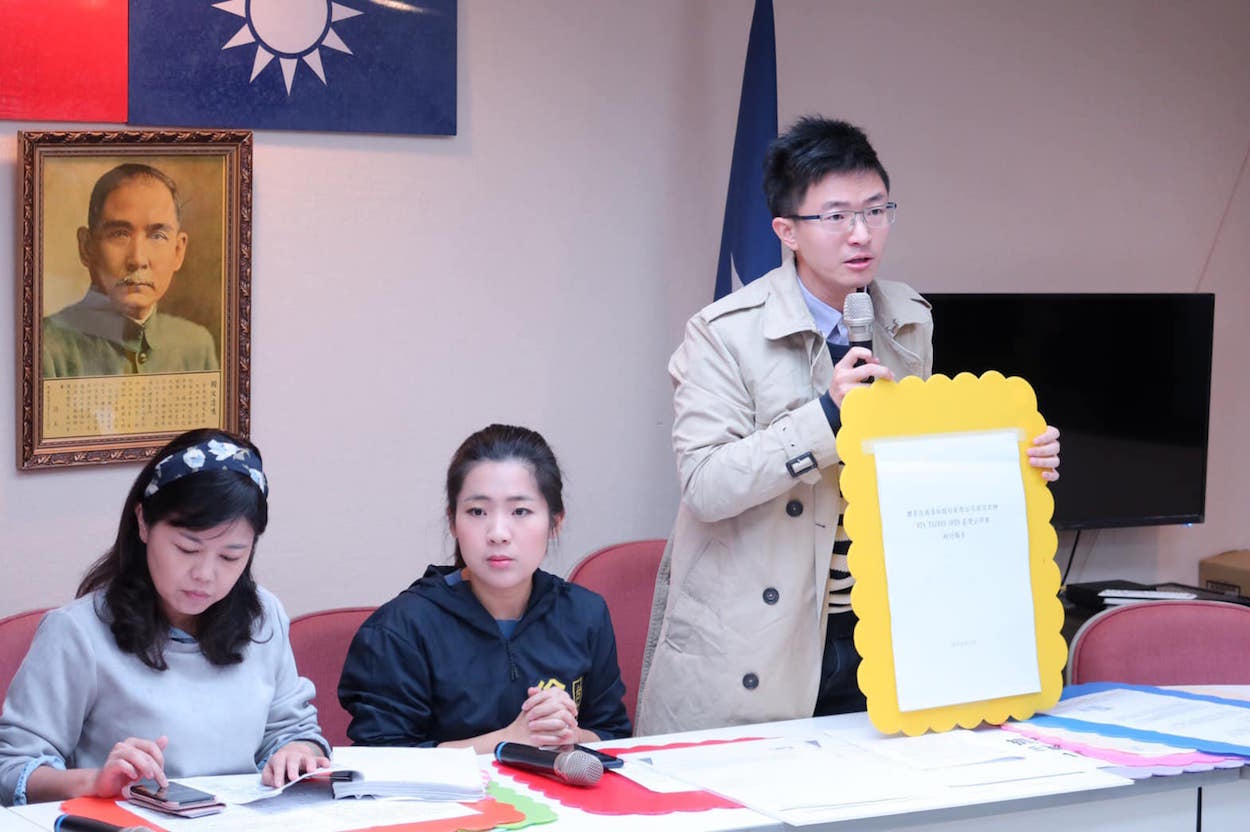 Indeed, one notes that among those making allegations against the DPP regarding Su’s suicide is New Party city councilor Ho Han-ting. Ho Han-ting is among the New Party youth spokespersons accused of running a news platform aimed at building a spy ring or even paramilitary organization for China in 2018. In spite of Ho’s accusations that the DPP was politically persecuting him, one notes that Ho remains a free man and continues to hold public office, while Ho would have likely been jailed and secretly executed by the KMT for his actions if they had taken place during the authoritarian period.

At the same time, it is to be seen whether accusations by the KMT against the DPP will have any traction among the Taiwanese public. All indications are that KMT presidential candidate Han Kuo-yu is severely lagging behind Tsai Ing-wen in the wake of a number of recent scandals, which suggests that the KMT will increasingly turn toward trying to unearth scandals regarding the pan-Green camp in order to try and close the gap between the two parties and attempting to insist that scandals against its politicians are the result of fake news and disinformation. One also expects that uptick of disinformation aimed at corroborating this scandal, as observed in the spread of suspicious posts in Facebook groups claiming to be recruiting for an “Internet army” for Tsai in the past few days.