AFTER MUCH ambiguity on the matter, the Taiwan People’s Party (TPP) finally announced its cross-straits stance earlier this week. The TPP’s official cross-straits position takes the view that “Taiwan is currently a sovereign, independent country and is not part of China. Taiwan’s future is be decided collectively by 23 million Taiwanese.” (台灣民眾黨主張台灣現在就是一個主權獨立的國家，我們不是中國的一部份，台灣的前途和未來一定要由2300萬台灣人的共識決定). This was stated by party legislator Jang Chyi-lu in the Legislative Yuan earlier this week.

The TPP’s cross-straits stance has been a matter of much controversy since the party’s formation last year. The TPP is a party founded by Taipei mayor Ko Wen-je and, as its only major political figure, the party’s political orientation is largely determined by Ko. The party campaigned largely on the basis of being Ko’s party during 2020 elections. 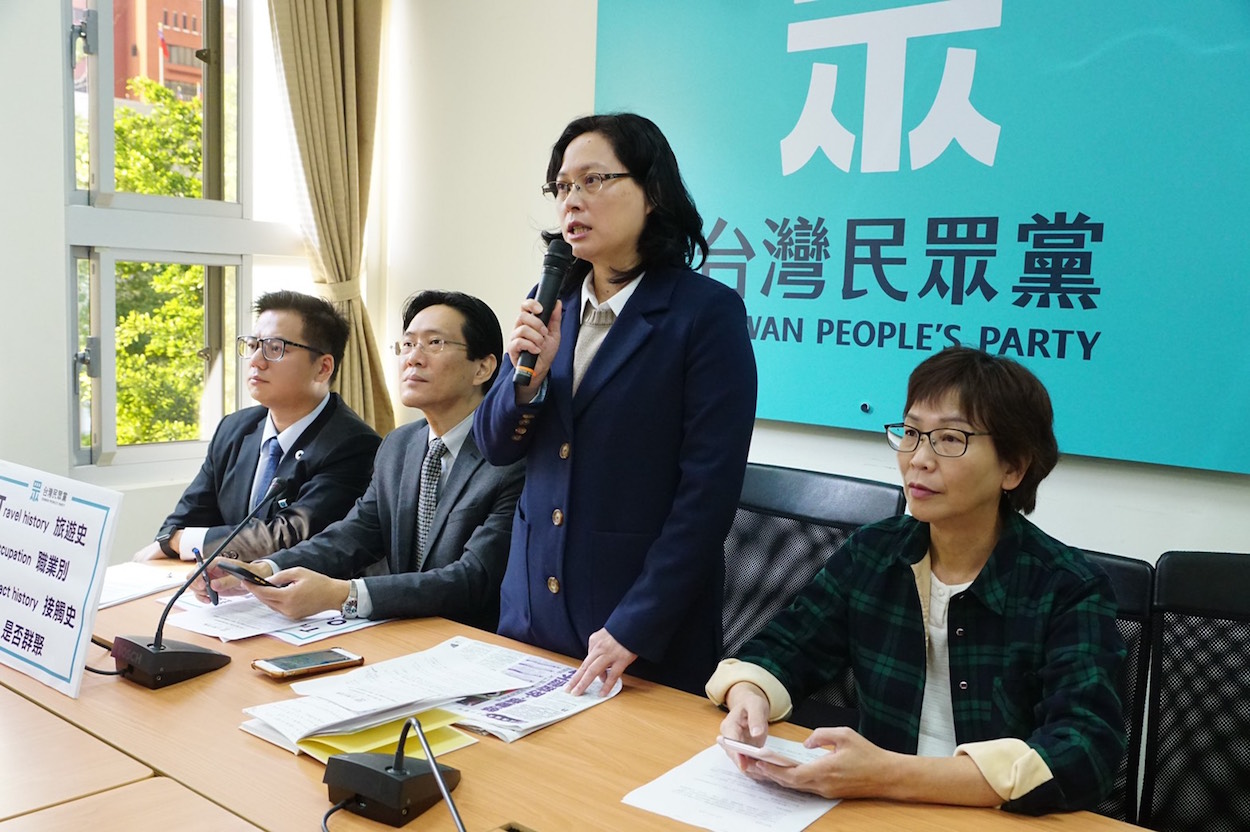 Although Ko was originally elected into office in 2014 with the support of post-Sunflower Movement youth activists, Ko has increasingly come under fire in recent years because of controversial city-based cross-strait exchanges that Ko conducted with Shanghai in his capacity as Taipei mayor. As part of these exchanges, Ko referred to “one family on both sides of the Taiwan Straits,” which “share a common destiny.”

Likewise, Ko was observed to become visibly closer to pan-Blue politicians as time went on in his political career, including James Soong of the People First Party and “White Wolf” Chang An-lo of the China Unification Promotion Party. Despite Ko having claimed to have been a relative of White Terror victims in 2014 during election campaigning, one notes that Soong was the head of the Government Information Office and that Chang committed political killings on behalf of the KMT during authoritarian times.

This is what raised concerns that Ko had increasingly become a pro-China political figure and that his TPP could prove a pan-Blue political party. That being said, Ko still remained popular among many young people in Taiwan.

Like Ko, the TPP claims to be a party beyond the partisan distinctions of the pan-Blue and pan-Green political camps. Yet in examining the party composition of the TPP, one notes that the party leans toward the pan-Blue camp. Three of the TPP’s five legislators have political histories that suggest pro-unification political views.

The TPP’s most prominent legislator, whose presence in the party serves to burnish it with politically progressive credentials, is likely Lai Hsiang-ling (賴香伶), who previously served as director of Taipei’s Department of Labor under Ko. Lai is a well-known labor activist, primarily active in the 1990s, and affiliated with the Raging People Act Now (人民火大行動聯盟) grouping. However, Lai and other members of Raging People Act Now have been accused of drifting toward the pro-unification left in recent years.

Other TPP legislators include Jang Chyi-Lu (張其祿), who made the official policy announcement for the TPP, an academic with a background in public policy and administrative management currently teaching at National Sun Yat-Sen University, and Ann Kao (高虹安), primarily known as the former head of the big data department at FoxConn and a close confidant of FoxConn CEO Terry Gou. Jang has been accused in the past of supporting the CSSTA trade agreement that the Ma administration intended to sign with China in 2014, as part of the series of events that precipitated the 2014 Sunflower Movement. It is also generally to be expected that a close associate of Gou would be, as Gou is, pro-unification. 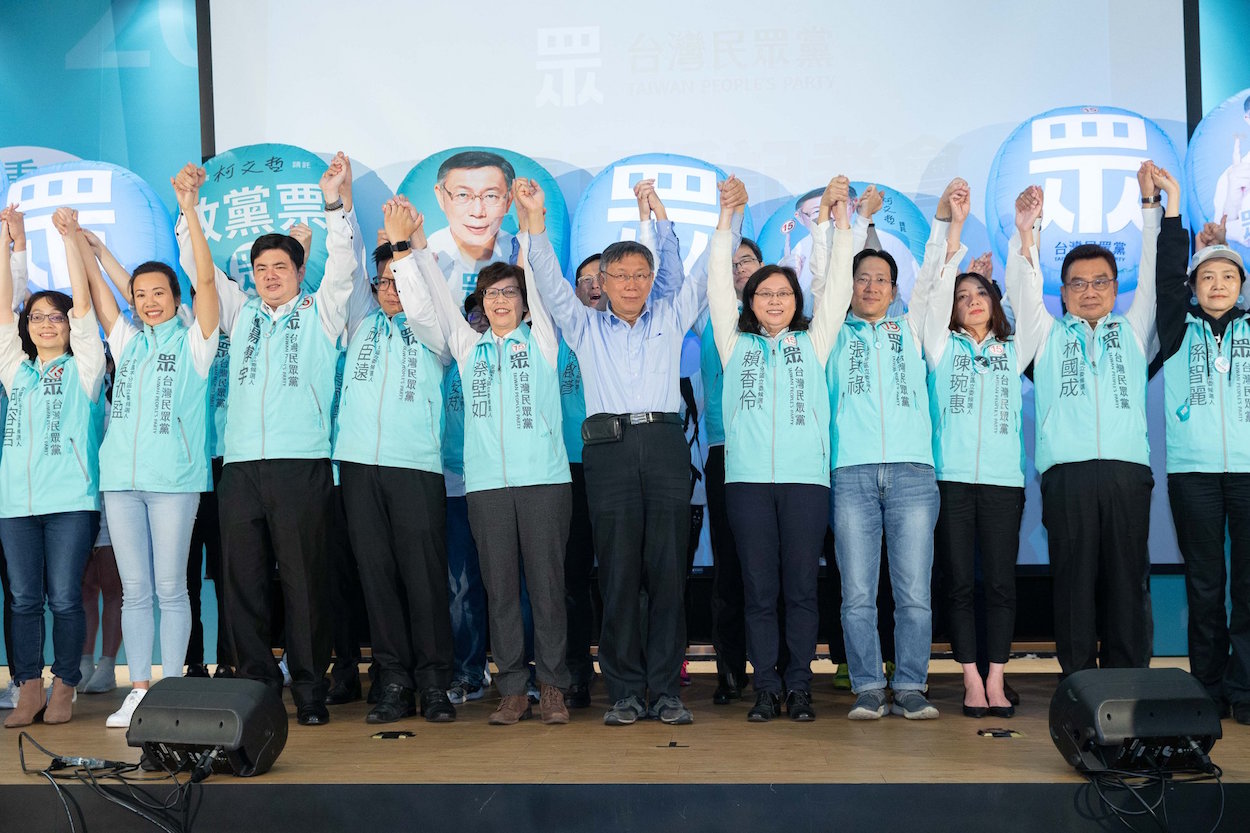 As such, given Ko’s history of cross-strait exchanges with China and in examination of the TPP’s party composition, it is somewhat surprising that the TPP would announce a cross-straits policy that is not actually so different than the DPP’s present political stance. One surmises that this is in recognition of that the KMT’s defeats in 2020 elections can be attributed to its cross-strait stances.

But it is to be questioned as to whether the Chinese government will continue to be willing to conduct cross-strait exchanges with Ko, or whether it will view the TPP’s official cross-strait stance as a political betrayal. In truth, the TPP may present one of the best chances for the pan-Blue camp to rebrand its image with the Taiwanese public—particularly young people—at present, yet it is also wholly possible that the Chinese government may react strongly against the party’s lack of a stronger pro-unification stance.