THE WANT WANT GROUP recently threatened the Apple Daily with a defamation lawsuit for publishing a report stating that the Want Want Group received over 477 million Chinese yuan—just over 2 billion NTD—from the Chinese government between 2017 and 2018. 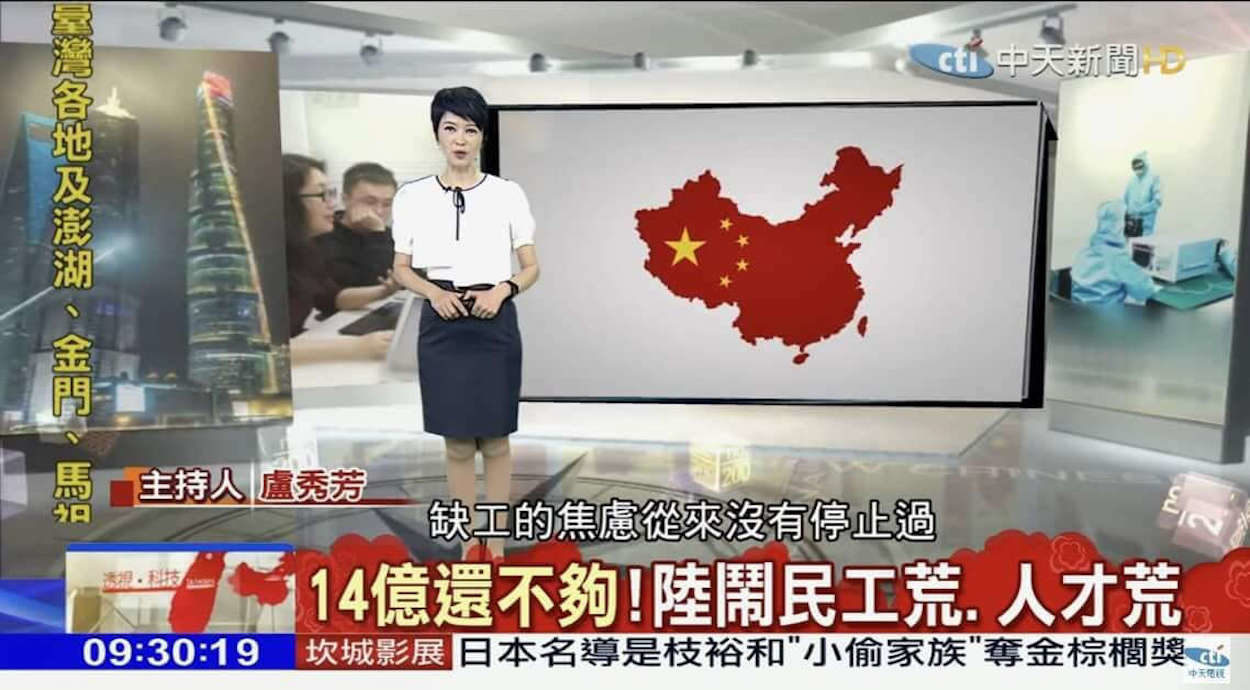 This did not happen, but this was one of the actions by Tsai and the Want Want Group which provoked concerns in 2012 that the Want Want Group sought “media monopoly” in seeking to control all media outlets in Taiwan. Concerns were sparked, too, by the Want Want Group’s acquisition of China Times at that point in time, and acquiring 60% of Taiwan’s cable television services. Likewise, Tsai was open that his aims in acquiring a majority of Taiwanese media were in the hopes of promoting pro-China and pro-unification views in Taiwan. This provoked the Anti-Media Movement in 2012, one of the largest social movements in the years.

Yet the problem of Want Want’s efforts at “media monopoly” has never gone away, it seems. Anger against Want Want-owned Cti News has been on the rise in past months, with misleading reporting by the network intended to damage the reputation of the Tsai administration and politically benefit the KMT. Likewise, Cti News has been non-stop in its coverage of Kaohsiung mayor Han Kuo-yu, with close to sixty percent of its headlines found to be about Han Kuo-yu on some days.

Cti’s coverage has led it to be imposed with fines by the National Communications Commission. Particularly egregious examples were a report claiming that an “auspicious cloud” shaped like a phoenix had appeared above an event attended by Han along with fellow KMT mayors Lu Shiow-yen and Hou You-yi, for which Cti was fined 400,000 NT, and overinflating the crowd attendance at Han Kuo-yu’s inauguration, for which Cti was fined 200,000 NT.

Cti also saw a spate of heavy criticism for a news report last month in which Taiwan was included as part of China in a map shown in the background. But, apart from that Cti’s pro-unification political views are well known, if Cti is directly receiving money from the Chinese government, this may not be surprising. 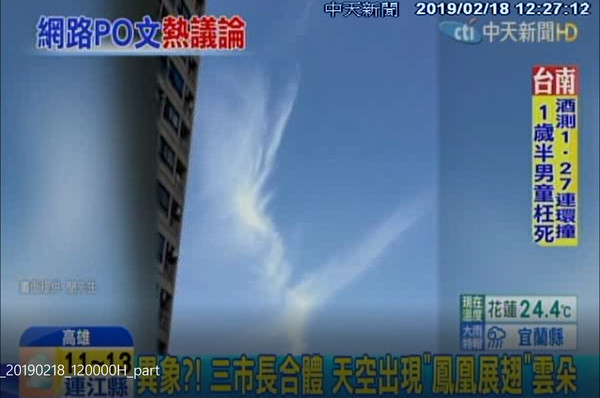 News report by Cti claiming a phoenix-shaped cloud had appeared in the sky after a meeting between KMT mayors Han Kuo-yu, Lu Shiow-yen, and Hou You-yi. Photo credit: Cti

It has long been rumored that many pan-Blue media outlets directly receive money from China, including the United Daily News, another one of Taiwan’s four largest newspapers. Nevertheless, in many cases, it is hard drawing the line between legitimate donations and investment or direct attempts by the Chinese government to funnel funds into Taiwanese media outlets as a means of propagating pro-unification views. Moreover, China has no shortage of wealthy businessmen willing to act as its proxies in funneling funds toward Taiwanese media outlets.

It is to be seen as to what actions the NCC will take toward the Want Want Group’s lawsuit against Apple Daily, whether the Want Want Group is simply just threatening a lawsuit and does not actually intend to proceed with it, and, most importantly, whether the NCC actually will act on reports that the Want Want Group is directly receiving money from China. Although Want Want receiving money directly from China would not be surprising, the NCC is sometimes limited in what actions it carries out, for fear of the Tsai administration being accused of infringing on freedoms of expression in Taiwan.

That being said, it also does not prove anything new for the Want Want Group to use lawsuits as a means of intimidation. Sunflower Movement student leader Chen Wei-ting originally rose to fame after noting in an image posted to Facebook that “suspicious individuals” in an Anti-Media Monopoly Demonstration were actually Want Want Group employees, as a result of which he was sued by the media conglomerate despite still being a college student at the time. As such, the continued use of legal threats by the Want Want Group does not surprise.